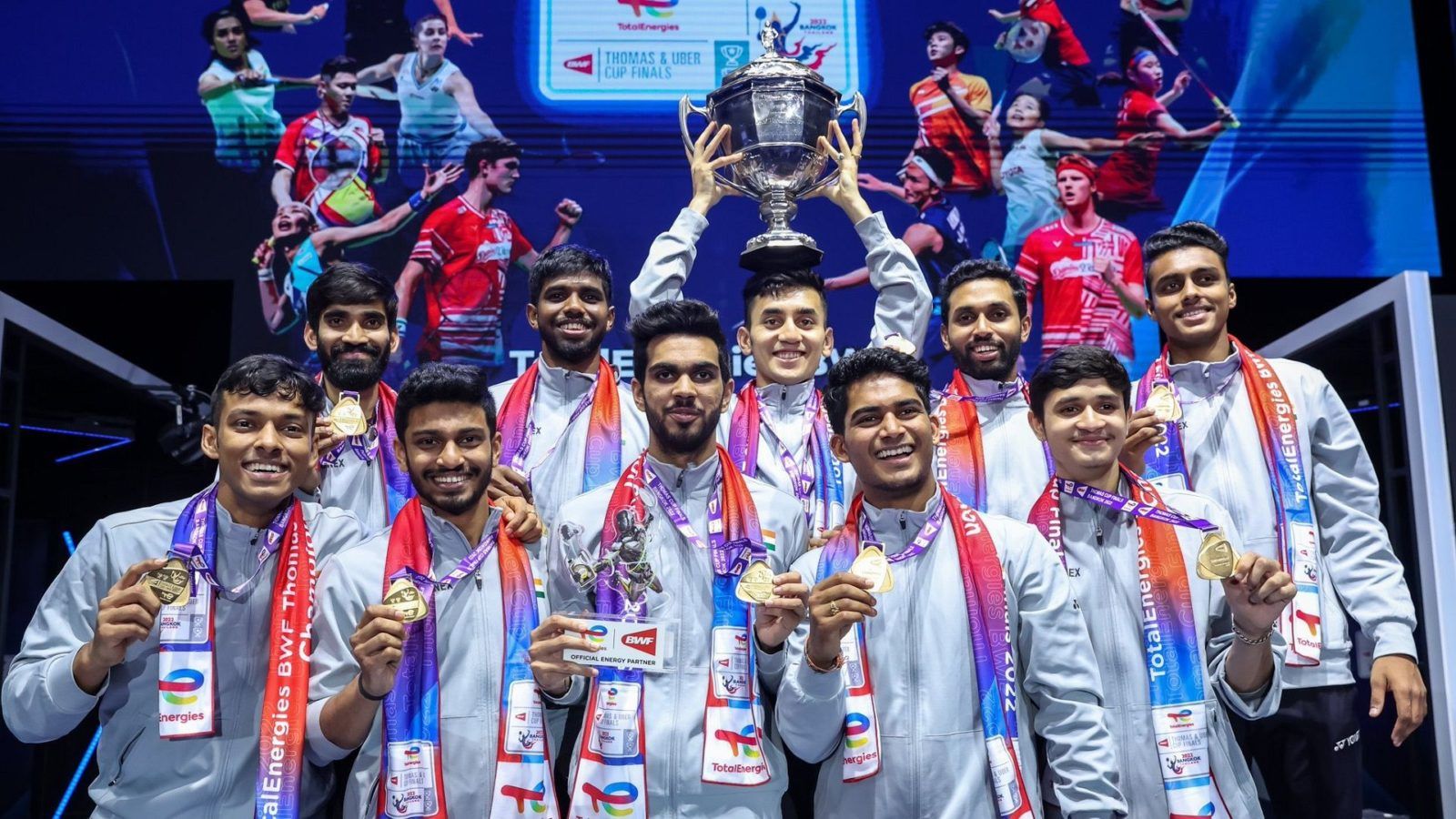 The date 15 May 2022 will go down in India’s sporting history as one of the most memorable ever as the men’s badminton team of the country lifted the prestigious Thomas Cup for the first time in the event’s 73-year-long history.

What made the win even sweeter was that the Indian shuttlers defeated 14-time champions Indonesia 3-0 in the final of the event.

The Indian badminton team was not the favourite to win the gold medal but their determination over the seven-day-long tournament, held in Bangkok, reaped rich rewards in the end.

While India won the gold medal, Indonesia finished with the silver and Denmark and Japan sharing with the bronze.

The first match of the final event was between Lakshya Sen and Olympic bronze medalist Anthony Ginting, renowned as one of the fastest shuttlers in the sport.

Sen went down in the first set 8-21 but made a solid return while retaining his composure to eventually defeat Ginting in the next two sets 21-17, 21-16.

India now 1-0 up looked forward to the outstanding duo of Satwiksairaj Rankireddy and Chirag Shetty for another victory. Facing World No.1 and World No.2 doubles stars Kevin Sanjaya and Mohammad Ahsan, Rankireddy and Shetty, too, had a first set disappointment when they went down 18-21.

Kidambi Srikanth, the captain of the team, completed the flawless win for India by easily outclassing Jonatan Christie 21-15, 23-21. With the win, Srikanth maintained his perfect 6-0 record in the tournament.

The Thomas Cup victory was also the second major win for Srikanth in 2022 following his silver at the world championships earlier this year.

India Badminton Kidambi Srikanth Lakshya Sen Thomas Cup
Manas Sen Gupta
Manas enjoys reading detective fiction and writing about anything that interests him. When not doing either of the two, he checks Instagram for the latest posts by travellers. Winter is his favourite season and he can happily eat a bowl of noodles any time of the day.
Travel Culture Entertainment Food
Sign up for our newsletters to have the latest stories delivered straight to your inbox every week.