Home > What's On > Birmingham 2022 Commonwealth Games: All the latest updates on Malaysia’s progress

What's On
Birmingham 2022 Commonwealth Games: All the latest updates on Malaysia’s progress
Share this article
Next article

The Birmingham Commonwealth Games is in full swing, and here in Malaysia, we are on the edges of our seats as we tune in to our medal hopefuls. From diving darlings Pandelela Rinong and Nur Dhabitah Sabri to our badminton aces Aaron Chia and Soh Wooi Yik, we are keeping a keen eye on Malaysia’s medal tally at the 2022 Commonwealth Games.

With over 100 athletes to be flown out for the quadrennial multi-sports event — and plenty of Olympic stars in the mix — Malaysia is ready for a grand showcase at the Commonwealth Games. It will be Malaysia’s 11th participation at the event, and the country is setting out to bag 205 medals: 59 gold, 65 silver, and 81 bronze.

Bearing the Jalur Gemilang for the contingent this year are rising squash player, Aifa Azman and para-powerlifting champion, Bonnie Bunyau Gustin. Aifa is taking on the responsibility after national squash player, S. Sivasangari, a gold medal prospect at the Commonwealth Games, had an unfortunate accident that resulted in the world number 19 missing out on the action.

If you’re an avid fan, and must catch all the action live, tune in to Astro Arena. Otherwise, bookmark this page for the latest updates on Malaysia’s medal tally at the 2022 Commonwealth Games in Birmingham.

Malaysia’s medal tally at the 2022 Commonwealth Games in Birmingham

Medal tally for Malaysia at the 2022 Commonwealth Games in Birmingham, as of 4 August 2022:

Malaysia’s first gold of the season is courtesy of national weightlifter Mohamad Aniq Kasdan, who won the men’s 55kg event with a combined total of 249kg, a new Commonwealth Games record. The Segamat-born athlete ended the country’s two-day medal drought.

The national weightlifting squad continued to do the country proud that day, as Muhamad Aznil Bidin swooped in for the second gold medal in the men’s 61kg category, lifting a combined total of 285kg — also a new games record — defending his gold in the 2018 edition of the Commonwealth Games.

Over on the cycling track, national track cyclist Shah Firdaus Sahrom secured a bronze in the men’s keirin final, his first individual medal in a major multi-sport competition.

Continuing their smashing performance thus far, weightlifting team’s Erry Hidayat added a silver to Malaysia’s medal tally at the 2022 Commonwealth Games in Birmingham through the men’s 73kg event. With big shoes to fill, Hidayat has definitely improved. His debut in Gold Coast saw him placing fifth.

On the fourth day of the games, the women of the Malaysian contingent brought home a couple of medals. The table tennis women’s team won silver after battling Singapore, while Siti Zalina Ahmad, Malaysia’s lawn bowl veteran won a bronze at the women’s single event — marking her fourth Commonwealth Games medal. 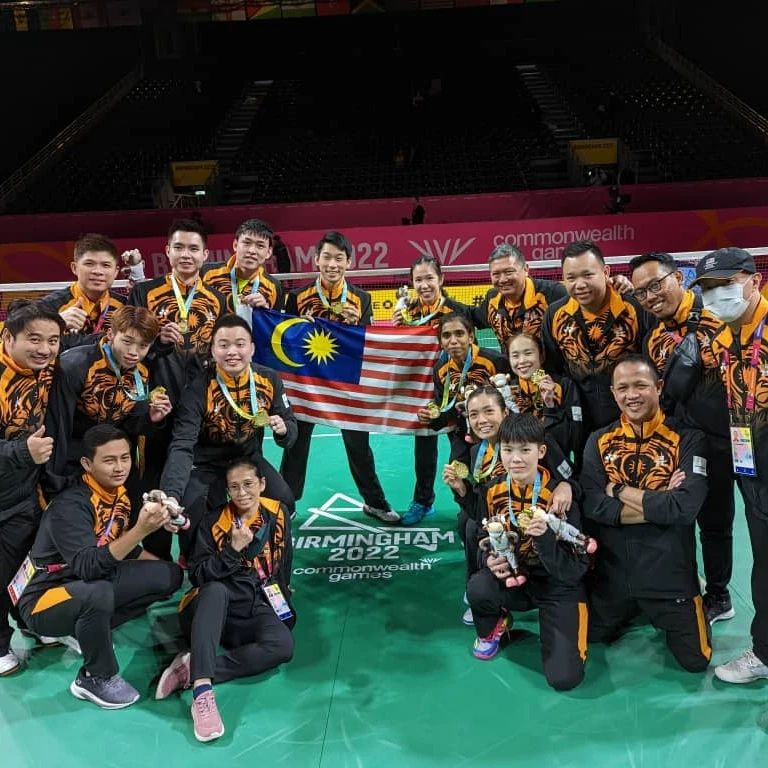 National judo exponent Amir Daniel Abdul Majeed debuted at the Games and marked his entry to this world stage with a bronze medal. The 18-year-old was handed the bronze medal in the 73kg category.

National flagbearer Bonnie Bunyau Gustin won Malaysia’s fourth medal at the 2022 edition of the Games. Not only did he end Nigeria’s dominance in the event, but this para-powerlifter also created a new Commonwealth Games record. Bonnie competed in the men’s lightweight category, scoring 154.6 points to seal his lead.

Diving to a silver medal, Muhammad Syafiq and Gabriel Gilbert won the third silver gong for the country at the men’s 3-metre sychronised springboard event — marking the first medal in the aquatics diving category.

On this day, Malaysian lawn bowlers take home the women’s triples silver after conceding to England at the final showdown.

Over at the rhythmic gymnastics front, teen debutante and national gymnast Ng Joe Ee secured Malaysia’s six gold medal target in a streak of two consecutive golds at the ball and ribbon finals. Fellow gymnast Izzah Amzan, on the other hand, picked up the bronze medal at the clubs final.

Continuing the day’s silver streak are the table tennis players Choong Javen and Karen Lyne Dick as they smashed their way to the podium at the mixed doubles event.

Back to the diving end, Nur Dhabitah Sabri and Syafiq Puteh dove their way to a bronze at the mixed 3-metre synchronised springboard event, placing third behind Scotland and Australia.

Later that day, over at the badminton court, mixed double duo Tan Kian Meng and Lai Pei Jing smashed their way to a bronze medal for Malaysia.

Scoring the seventh gold for Malaysia are Pearly Tan and Thinaah Muralitharan through the badminton women’s doubles event. The dynamic duo successfully took out their English opponent throughout the game, scoring 2-0.