Home > Beauty & Grooming > Grooming > Francis Kurkdjian on his proudest achievements, creativity and how he became a perfumer 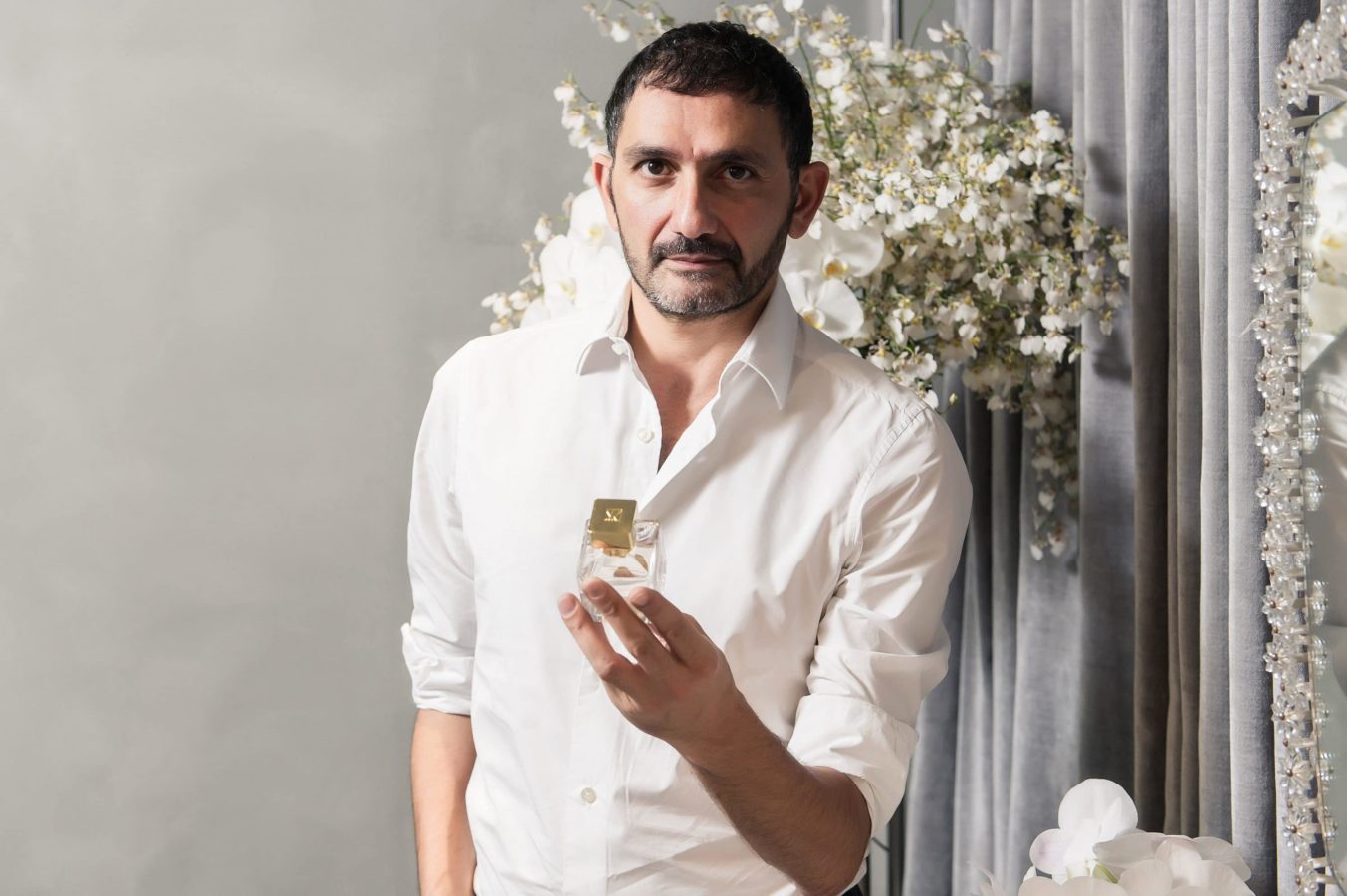 Francis Kurkdjian on his proudest achievements, creativity and how he became a perfumer

Beauty & Grooming
Francis Kurkdjian on his proudest achievements, creativity and how he became a perfumer
Share this article
Next article

When his attempt to secure an internship at the Paris Opera Ballet School was unsuccessful, Francis Kurkdjian turned to his other passion, perfumery. Since then, the world has become his stage all the same – as ‘the nose’ behind some of the most iconic fragrances of our time.

He might be famous for over 40 fragrances created for some of the biggest fashion and cosmetic brands in the world – the likes of Jean Paul Gaultier, Elie Saab, Burberry, Versace, Dior, Yves Saint Laurent, Nina Ricci, Narciso Rodriguez and Elizabeth Arden – but if you ask master perfumer Francis Kurkdjian what his proudest achievement is, he doesn’t hesitate for a moment. “My olfactory installations. The biggest to date was in the gardens of Versailles, where I created outdoor scented candles, scented soap bubbles and scented water for the fountains.”

Expressing his craft through creativity – and in the most original and unexpected way – is at the core of Francis Kurkdjian’s being. “A creative mind is the most important requirement for becoming a good perfumer. The rest is about working hard, and training even harder,” says the man who once recreated the (last) Queen of France, Marie Antoinette’s favourite perfume. In 2003, Francis also partnered with contemporary French artist Sophie Calle to create the smell of money, and in 2014, for the Nuit Blanche contemporary art festival in Paris, followed a collaboration with Syrian artist Hratch Arbach to create the smell of blood. 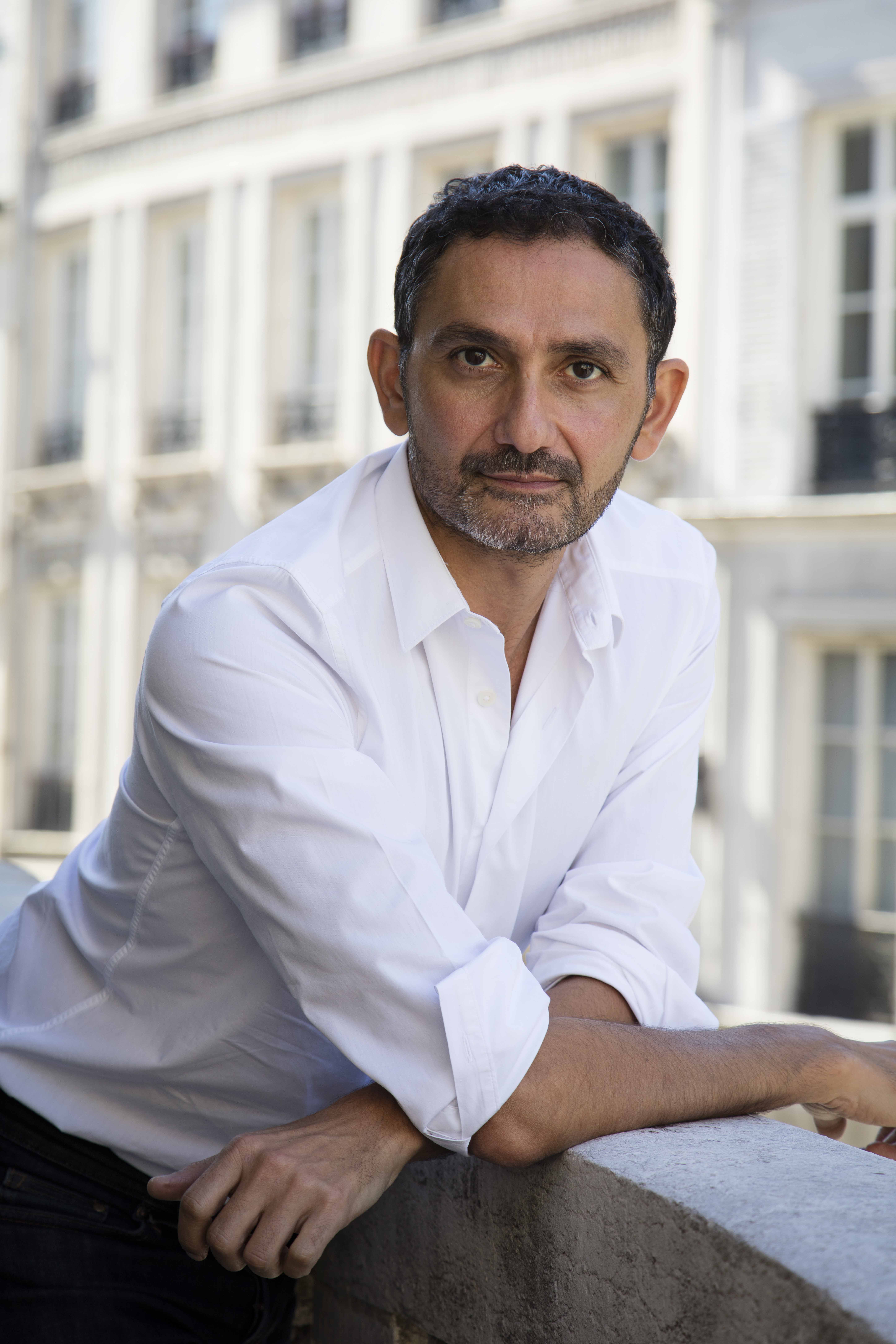 Born in the eastern Parisian suburb of Gournay-sur-Marne to Armenian parents, Francis recalls a life surrounded by art, music, ballet, and various types of sport. He learned to read music, played the piano, and attended the local ballet school. “I owe to my parents and my grandparents a great education, a sense of family, and things I consider to be great values, such as humanity and kindness,” he says.

His earliest childhood memory when it comes to fragrances, scents or smells are also attributed to his family. “The scents of my childhood are definitely associated with my family, with each member having something distinctive about them,” Francis recalls. “My grandfather used to dilute his own cologne. I never discovered the recipe though – I just remember him mixing things and creating his own blend. I was so fascinated by that, and he was a hero to me. My grandmother was a real grandma: caring, loving. She covered me with kisses, and of course her fragrance, Femme by Rochas, which would be imprinted on my skin.

“My late mother had different fragrances. She was very modern for her generation. From fresh fragrances such as First by Van Cleef & Arpels or Fidji by Guy Laroche, to Mitsouko or the first fragrance by Karl Lagerfeld. My father wore Kouros by YSL.”

Francis grew up curious about everything and developed a love of handicrafts. After a short-lived career as a classical ballet dancer, he tried his hand at fashion design. But it was at age 14 – after reading a piece in the pages of a glossy French magazine about legendary perfumers like Jacques Polge, Françoise Caron, Jean-Louis Sieuzac and Annick Goutal – that a seed was planted. “It was a revelation,” he remembers. “A year later, when I was 15, my mind was made up. I would become a perfumer.”

In 1990, Francis entered the Institut Supérieur International du Parfum, de la Cosmétique et de l’Aromatique Alimentaire in Versailles, and after graduating in 1993 he joined Quest International in Paris. All the while he continued his studies, obtaining a Master’s degree from the Paris Institute of Luxury Marketing.

What followed was an illustrious career that would see him create a number of iconic fragrances for some of the most notable fashion and cosmetic brands; including Le Male for Jean Paul Gaultier, which would go on to become one of the world’s best-selling perfumes. Throughout this time, the person that he singles out as a role model – someone he respected and looked up to – is Edmond Roudnistka, the perfumer behind Eau Sauvage by Dior. “I admire him for the way he raised the art of perfume to a higher level.”

Then, in a serendipitous moment, his path crossed with that of French-Lebanese businessman and former Ernst & Young partner, Mark Chaya. “We met in 2003, and with time, we became friends. We realised that we shared the same vision of lifestyle and definition of luxury. Plus, we had complementary professional and creative skills,” Francis says. “We co-founded Maison Francis Kurkdjian in 2009. His vision and sense of business has been one of the key points of the success behind Maison Francis Kurkdjian. I am very proud of what we have built together over the past 12 years.” 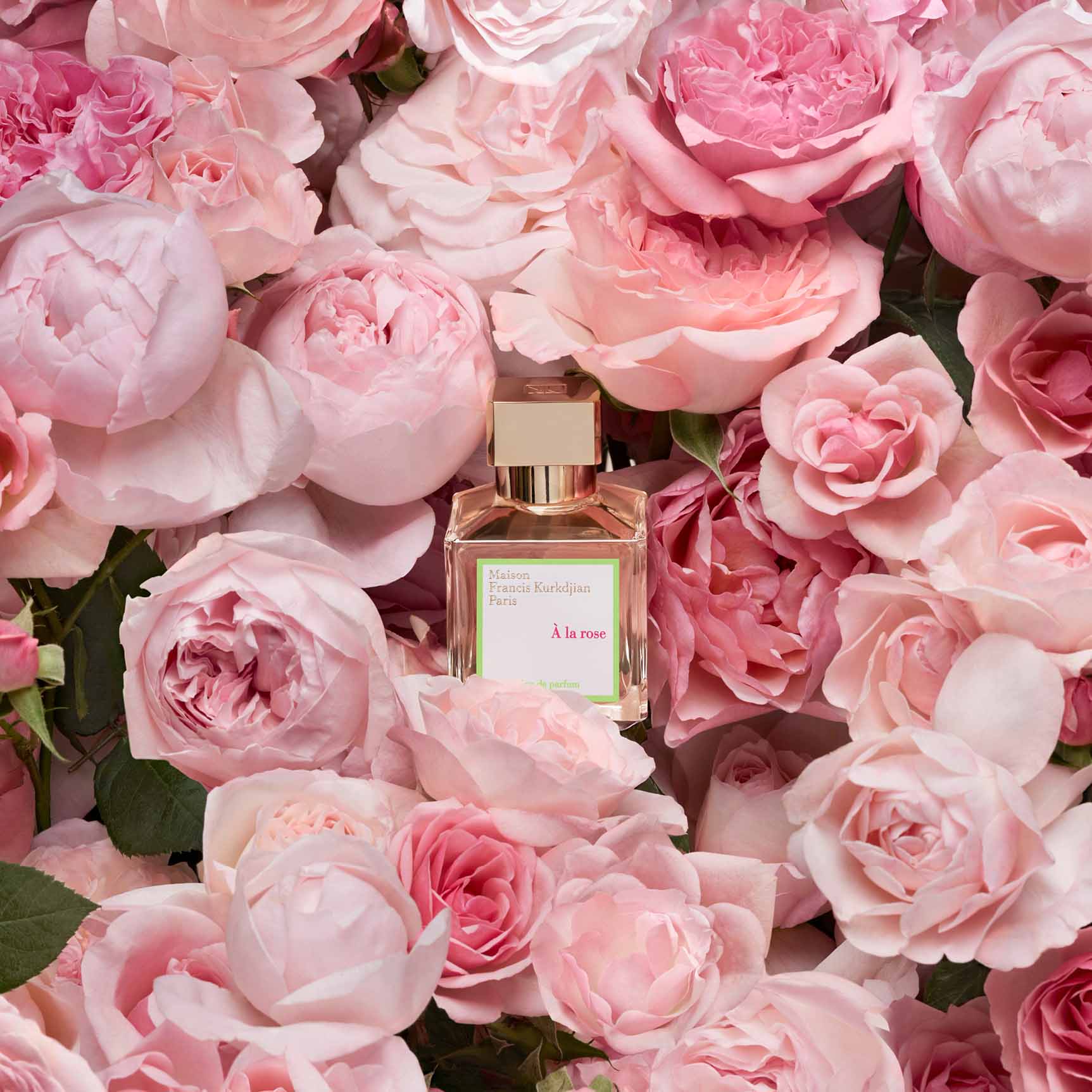 And so he should be. Today, the niche fragrances of Paris-based Maison Francis Kurkdjian – what Francis calls a “wardrobe” of more than 15 collections – can be found in over 500 high-end boutiques and department stores across the world, as well as stand-alone Maison Francis Kurkdjian boutiques. Notable creations include Aqua Universalis, Amyris (femme and homme), Aqua Vitae, Baccarat Rouge 540, Petit Matin, Grand Soir, and Aqua Celestia. He was also awarded the prestigious Prix François Coty in 2001 for his lifetime achievement.

A staunch defender of the heritage of perfumery, Francis is first and foremost a free-spirited creative mind and a pioneer in many ways. Through his creations, he conveys his contemporary vision of the perfumer’s profession and its interpretation in utterly modern fragrances.

When questioned about the process of creating a new fragrance, the master perfumer admits that there is first a time of reflection during which he would envision the creative territory he wants to explore. “At this stage it is not about the scent itself, it is about its purpose, its meaning. Perfume is truly a mirror of our time in a very unique sensory way,” he explains.

“Once I have gathered my inspiration, I search for a name. The name of the fragrance always comes first, and before the scent itself. It sums up what I want to say – the emotion I feel and the story I want to tell. It’s like the title of a book or the name of a painting. Then I start writing the formula, using the raw materials as words. When I have a clear idea on the name and what to do, where to go with my emotions, I create the formula in the lab. Although it is a team effort to manufacture and launch a product, the first creative steps are rather lonely.”

Inspiration, he readily admits, is drawn from culture, art, fashion, couture, and his own personal experiences and vision. “Inspiration is the invisible part of creation. So far, my inspirations have not been driven by raw materials or specific notes.”

And how did the term “fragrance wardrobe” come about? He explains: “The idea of the fragrance wardrobe is an image and a parallel with couture and fashion. Our fragrance collections have been created in the same spirit, as a real fragrance wardrobe. Our Aqua collection stands for an essential piece in one’s wardrobe, a bit like a white shirt, that you can wear for any occasion. It is fresh, versatile and genderless. Then there is the ‘easy to wear’ segment with very casual yet elegant scents such as Amyris, Pluriel or À la rose. Our evening standards include more dressed-up scents like Grand Soir, our OUD collection, or Baccarat Rouge 540. Each fragrance has its own olfactive signature for each personality.”

The most predictable and obvious of all questions – his favourite and least favourite things to smell – gets the most unusual reply: “My favorite smell would be the neck of the person I love. It is like a refuge. And a smell I particularly despise would be like everyone, the smell of garbage in the streets…”

Being a niche fragrance house also means the creations of Maison Francis Kurkdjian have appeal for a certain kind of discerning customer. “We are not marketing driven, we are creatively driven,” he explains. “I don’t want to please people, I want to seduce them with genuine emotions that are unique and luxurious, through highly qualitative products. I create because I have something to say. A writer writes books, I create scents – it’s my own way to express myself. I’ve noted though that our customers and I share the same values: a faculty to be amazed by simple yet beautiful things, a sensitivity to aesthetic codes and attention to detail, a sense of balance and quality.”

When it comes to exclusivity, Maison Francis Kurkdjian is also renowned for the very exclusive bespoke fragrances that are created for private clients, with quotes starting from a staggering 20,000 euros.

“My mission when I create bespoke fragrances is to fulfill the customer’s needs and dreams,” Francis explains. “Custom-made scents are the ultimate luxury in the fragrance world. Creating a bespoke perfume is a question of trust and confidentiality, as you share intimate moments and memories. I develop these exclusive fragrances in the course of brainstorming sessions that allow me to assess the customer’s personality, environment, tastes, and memories.”

Like any artist, the legacy he leaves behind one day is of utmost importance. For master perfumer Francis Kurkdjian, his aspirations are simple. “As long as my creations are worn, I will be alive.”

This May will also see the global launch of a trio of fragrances by Maison Francis Kurkdjian, called the Cologne forte collection – with “freshness” playing the leading role in these new creations. According to a sneak peek Prestige received of the press material prior to the launch, “Aqua Universalis Cologne forte is the notion of whiteness pushed to the extreme, a pure breath of fresh air; the feeling, not the smell, of cleanliness. Aqua Vitae Cologne forte symbolizes the sun at its peak with a floral blaze crossed by a surge of hot air. Aqua Celestia Cologne forte is the encounter between the blue hues of the sea and the sky.”