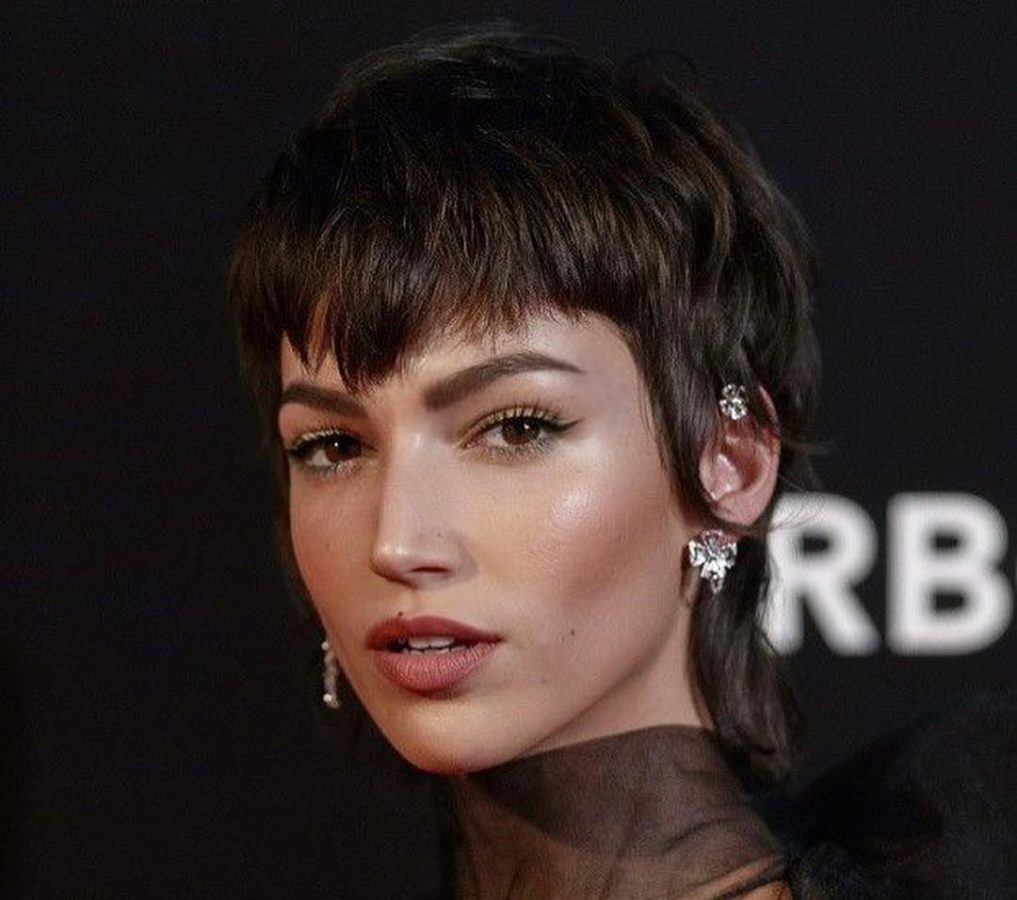 The shag is back!

The year 2022 will not see the end of this trend, on the contrary, it will put it back on the map. Again. And for good reason — the mullet, instead of taking a backseat, has gained enough fans throughout the world to give birth to new variations, some more futuristic, some not. Proof comes in the form of the mixie haircut, which is tallying up huge numbers of likes on social networks at the beginning of this year.

Nostalgia has us under its spell. For several months, we have been turning to the ’70s, both in fashion and in beauty. Not content to revive flared trousers, one of the iconic pieces that got a new showing in Netflix TV show “The Serpent,” the ’70s are also the source of the reboot of a haircut, largely criticized, if not outright mocked: the mullet.

Popularized by actresses, musicians and a handful of athletes, including Chris Waddle, the famous mullet has surprisingly become one of the top hairstyles of 2021. And it looks like we’re not done with this throwback hairstyle.

At the beginning of this year, the mixie hair cut — a portmanteau of mullet and pixie — is a sensation on social networks. Its name lets you guess what this new hair trend could look like… But when in doubt, it’s simply a hybrid between the mullet and the pixie cut.

Ultra bold, and more modern than its older version was, the mixie is as short — or almost — as the pixie cut in the front, and longer in the back in the spirit, this time, of the mullet cut. Pay attention to keep up!

Note that for the rest, it’s all about subtlety. The back, longer, is also more tapered, while the mass of hair is more voluminous on the top of the head, although shorter, just like on the sides. We are already seeing several versions of the mixie cut on social networks, with different lengths, with bangs or without, in different colour variations. All with a rock-chic spirit.

The triumph of the has-been cut

Who would have thought, just a year ago, that the mullet would count so many devotees throughout the world? Mocked, criticized, considered the ultimate in tacky hairstyles, the mullet has nevertheless conquered the hearts of men and women alike.

Because it is indeed a cut for anyone, and that is undoubtedly one of the two strong advantages of this retro-inspired cut. The other one is the nostalgic feeling it can evoke, even among the youngest generations who missed out on the ’70s and ’80s.

No matter the reason, the hairstyle is a hit, to the point where we’re seeing new versions emerging, many more unstructured, including the mixie hair cut.

This variation is already taking off on social networks, particularly on TikTok. On the social media popular with Gen Zs and millennials, the hashtag #pixiemullet has already accumulated hundreds of thousands of views. We’re still a long way from the 4.5 billion views dedicated to the #mullet, but the year has just begun.

Beauty Hair hairstyle mullet mixie
Lifestyle Asia
Here's where you can read the latest news and stories from Lifestyle Asia and our sister titles PrestigeOnline and Augustman, curated from all of our editions in Hong Kong, Singapore, Kuala Lumpur, Bangkok and India.
Luxury