Here are all the SS18 beauty trends you need to know

Another fashion month has passed, making it the perfect time to comb through all of the makeup looks that walked through the runways.

SS18 beauty trends either gestured towards the past and other cultures, or went down the route of being pretty bizarre (reverse lipstick, anyone?). On the plus side, Korea’s focus on dewy skin and pouty lips have moved to the West now, evinced by many models sporting fresh-faced, glowing complexions and cherry-pop lip stains. Messy bob and lob cuts were all the rage both on the runways and the streets, making them the “It” haircuts this season. They are also extremely low maintenance.

Not included in this list were the unusual and rather unpractical variations of eyeliner that governed the season. Thumbprint eyeliner was the most popular one. It is basically a twist on the cat-eye, with a rounded thumbprint-like blob where you’d normally have a refined flick.

It was everywhere this season, at Tom Ford, Jason Wu, and on star models like Bella and Gigi Hadid. We’re not entirely sure whether it’ll take off just yet, but Hung Vanngo’s thumbprint liner take on Selena Gomez has us hoping it might.

As we wait to see whether thumbprint liner will score mass popularity points, we’ve condensed the most wearable SS18 beauty trends that’ll get you looking forward to summer. 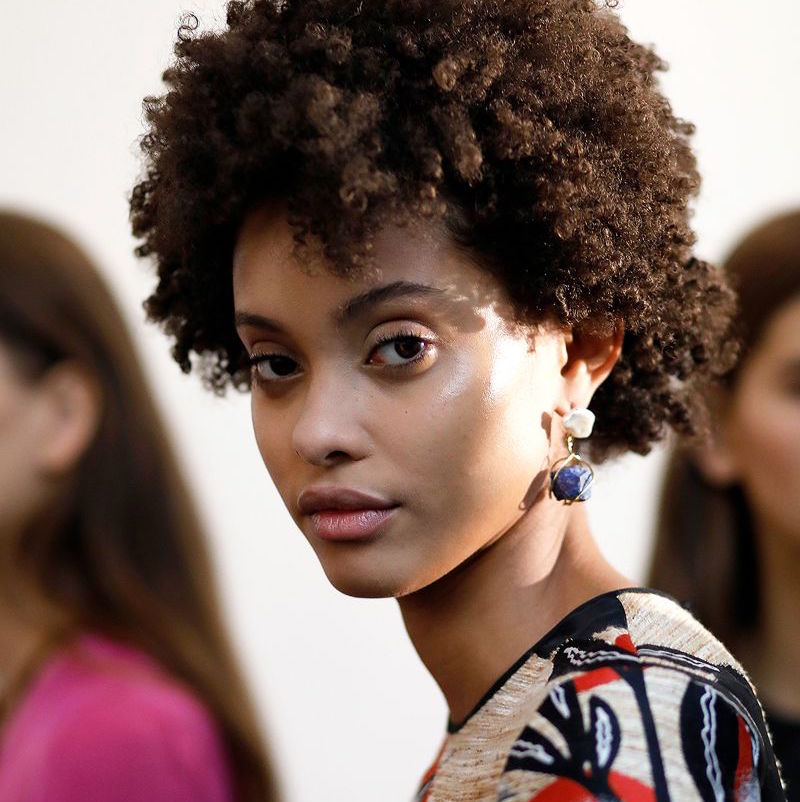 2017 has been defined by people shirking matte makeup, and wholeheartedly embracing dewiness. Most of the runways showcased models with skin that looked natural, not cakey, and we’re all for it. Choose illuminating foundations and primers, or simply hold off the setting powder to hop on this bandwagon. Glitter has made a massive comeback this year, egged on by product releases like Stila’s Glitter and Glow Liquid Eyeshadow — a condensed, glittery liquid eyeshadow in metallic hues that had the beauty world gagging for a good few months. The SS18 runways translated glittery makeup into a number of different styles, applied on the lips at Chloé, and eyeliner at Tom Ford. Our favourite one was seen at Topshop, where glitter was subtly applied to the outer corners of the eye.

As seen at Topshop. (Photo: Topshop) We’re so used to following a formula for eyeshadow. Matte on the crease, shimmer on the lid and inner corner, finished off with a darker matte on the outer corners for depth. SS18 flipped that on its head and embraced monochromatic eyeshadow looks in stark colours. If you’re not a fan of bold colours, sweeping a peachy hue all over the lid does the trick.

As seen at Chanel. (Photo: InDigital) We’ve covered bobs and lobs before, but they’ve officially become the haircuts of the year. Not only have celebrities gotten their locks chopped, but many models and street-style mavens at the various fashion weeks sported the fuss-free cuts too. 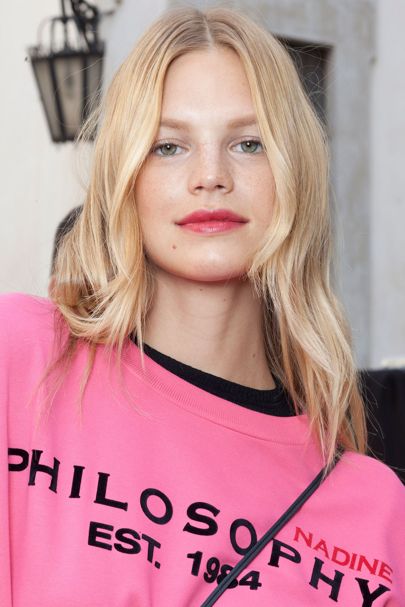 Rosebud lips have been a staple in East Asian beauty since forever, and the trend has since gone international. Many models on the runway looked picture perfect in soft, blotted lips in various shades of red and pink, as if they had just sucked on lollipops. Hold off the matte lipsticks, and get yourself some lip stains to try out this trend.