Home > Beauty & Grooming > Skincare > 7 biggest causes of dark under-eye circles, and how to treat them 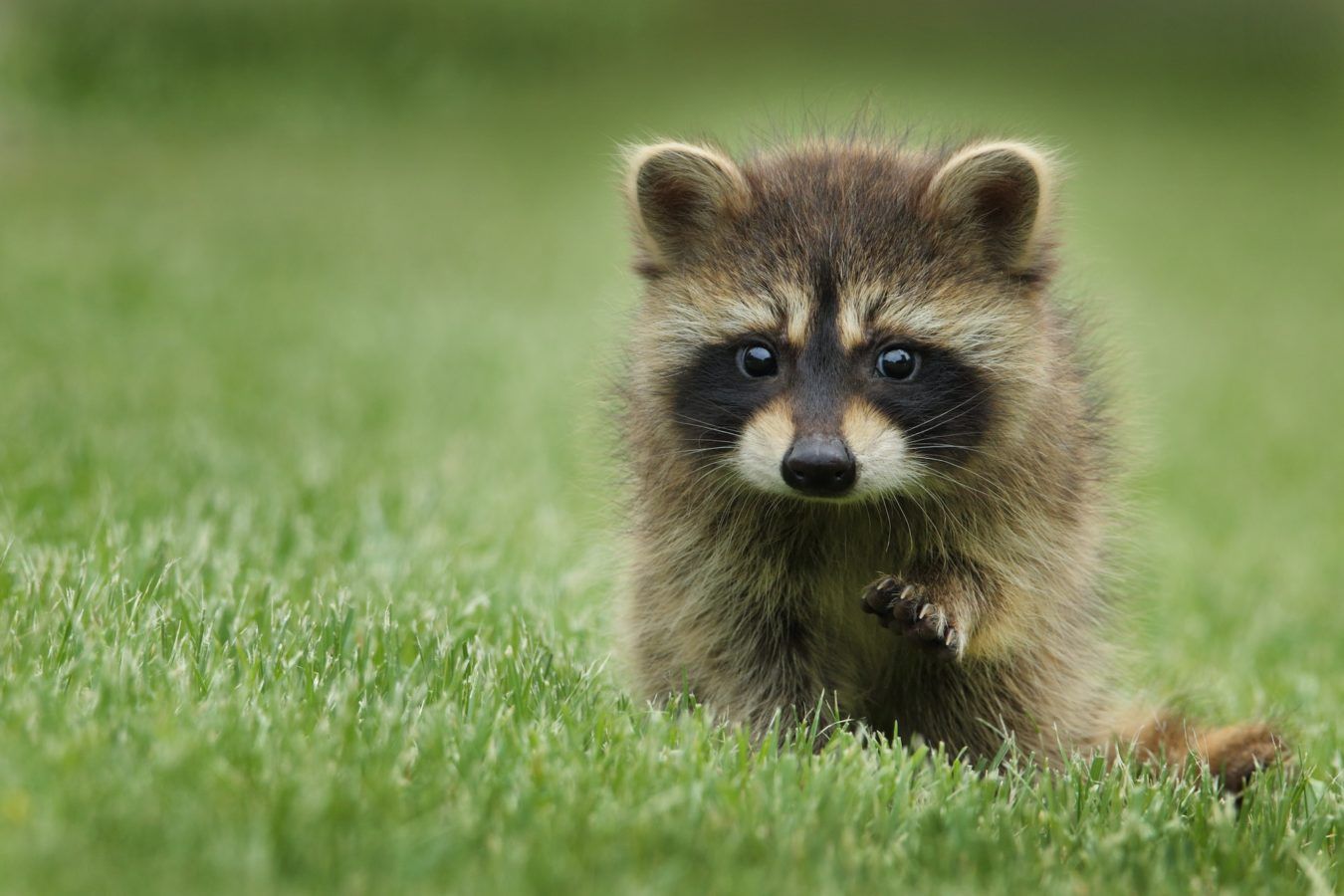 7 biggest causes of dark under-eye circles, and how to treat them

Beauty & Grooming
7 biggest causes of dark under-eye circles, and how to treat them
Share this article
Next article

Picture this: You snoozed your alarm for the umpteenth time and finally dragged yourself out of bed and into the bathroom. Once you’re finally able to fully open your peepers, you notice some extra circles under your eyes staring back at you in the mirror. *Gasp.* It’s a common experience and one that, for some, might happen daily.

And while it might seem like one skin-care tip or eye cream may offer a solution to this dilemma, “there are a lot of factors that determine the cause of under-eye circles, which are a combination of your genetics and environmental factors,” says Joshua Zeichner, MD, a dermatologist in New York City. Meaning no two panda rings are the same and a single standalone approach doesn’t work across the board for all dark circles.

Here’s what you need to know about the causes of dark under-eye circles and the best course of action for each, as recommended by dermatologists.

True pigment (versus a shadow or pooling of blood) under the eyes is often associated with UV light exposure. The sun’s rays hitting your skin can cause an increase in the production of melanin (aka the dark brown or black pigment naturally found in hair, skin, and eyes), leading to dark blotches under the skin, explains Dr Zeichner. Think of it like dark “sun” spots that appear beneath your peepers.

How to determine if this is to blame: Dark under-eye circles caused by hyperpigmentation often have a more brown tone. UV light exposure also looks blotchy, similar to when you develop sunspots, says Dr Zeichner. (ICYDK, sunspots are typically flat, dark brown patches that pop up on areas frequently exposed to the sun sans protection; they can also be spotty rather than a wash of colour, according to the Cleveland Clinic.)

Another way to figure out whether this is the cause of your dark under-eye circles? Look in a mirror and tilt your head up toward the light; if the dark circles remain, they’re likely caused by dark pigments under the eyes (read: those that are caused by hyperpigmentation as the result of UV exposure), says Dr Zeichner.

How to treat it: An eye cream with a brightening ingredient, such as vitamin C, can be beneficial for dark circles caused by hyperpigmentation. That’s because “vitamin C is a potent antioxidant that protects the skin against free radical damage and blocks the production of abnormal pigmentation,” says Dr Zeichner. And since sun exposure can cause or worsen hyperpigmentation, applying sunscreen daily (even around the eyes) is crucial for keeping your eyes bright and bag-free.

Some people have darker pigmentation on certain areas of their face, such as under the eyes, which can give the appearance of a dark circle. Being predisposed to this pigmentation is often the result of genetics. “There’s [also] a condition called nevus of Ota where melanocytes (melanin-producing cells) are found in the dermal layer [middle layer of the skin] and cause discolouration,” explains Naana Boakye, MD, dermatologist and founder of Bergen Dermatology in Englewood Cliffs, New Jersey. While there’s no definitive cause of this condition, research suggests that genetic factors are at least partially responsible.

“Another big issue we see with genetic under-eye circles is lack of volume causing a shadow,” adds Dr Zeichner.

How to determine if this is to blame: Dark circles are a one-two punch of genetics and life. Meaning, some people have persistent darkness that appears even if they don’t have allergies or they’ve had a good night’s sleep. And they may have even had it since childhood or their teenage years. Even if they’re caused by genetics, however, dark under-eye circles also can become more prominent after a late night at the office, a week-long beach vacation, or during natural skin ageing. Bottom line? Darkness that sticks around no matter any lifestyle or skin-care changes you might implement is most likely the result of genetics.

How to treat it: Unfortunately, there’s not much you can do when it comes to your DNA. And while there’s no way to prevent dark circles caused by genetics, diligently applying SPF can help keep them from getting worse. “Sun protection is a must for everyone but particularly those who have genetic darkening since extra sunlight can worsen the condition,” says Roberta Del Campo, MD, a dermatologist at Del Campo Dermatology and Laser Institute and medical advisor for Babor, a skin-care brand.

“This is [also] where plumping eye creams that contain ingredients like hyaluronic acid can help,” especially if you’re dealing with a lack of volume and, in turn, a shadow, adds Dr  Zeichner.

The skin around your eyes is incredibly thin and delicate because there is very little fat underneath, says Dr Boakye. As such, this thin skin is often the first to show signs of ageing (eg wrinkles, dryness, dark circles) and can even be transparent enough to see the veins or blood vessels hiding beneath. Excessive rubbing of the eyes can lead to broken blood vessels or pigment changes that can further contribute to discolouration under the eyes, explains Dr Boakye. “This can [especially] be seen in patients with eczema or other conditions that cause irritation of the eyelid skin.”

“Chronic rubbing of the eyes too hard can cause inflammation and pigment production,” adds Dr Zeichner. “This is one reason why it’s important to be careful how you take off your makeup.”

How to determine if this is to blame: Generally, pigmentation from rubbing your eyes tends to be more uniform and cover a larger area, consistent with your fingers rubbing at your eyes, explains Dr Zeichner. Unlike a dark circle that sits just below your lower lash line, this type of hyperpigmentation can appear as a ring around your upper and lower eyelid and even extend to the tops of your cheeks, almost like a bruise.

How to treat it: Stop rubbing your eyes. That’s it; that’s the tip.

Thin skin or loss of volume

As you age, the skin under your eyes gradually loses its structure, causing the eyes to appear more sunken. “Darkness under the eye that looks hollow is shadowing caused by complexion changes and lack of fullness associated with normal skin ageing,” explains Dr Zeichner. And because the skin around your peepers is particularly delicate at any age, blood vessels can also become more prominent as the years go by, thereby playing a part in a darkened appearance, says Dr Del Campo.

How to determine if this is to blame: As you stand in front of a mirror and lift your head toward the light source, do the dark circles look better? If so, that’s likely because the shadow — caused by a lack of fullness — is filled in by the light. Translation: Odds are that loss of volume is a cause of your dark under-eye circles.

How to treat it: Reach for some retinol, which is a superstar skin-care ingredient that helps restore skin’s elasticity (aka what gives it structure). In the office, dermatologists can also treat under-eye hollowness with injectable fillers, such as Restylane. “The goal of treatment is to fill the lack of volume and provide a smooth transition between the undereye and the cheek,” explains Dr Zeichner.

One of the most common causes of dark circles under the eyes is not getting enough zzz’s. A night of poor sleep increases the levels of the stress hormone cortisol in the body, which can trigger your heart to beat faster and your blood vessels to dilate (a process known as vasodilation), according to the American Psychological Association. The dark circles when you’re tired are due to the widening of blood vessels near the surface of the skin, explains Dr Del Campo.

How to determine if this is to blame: Dark circles caused by pooling of blood under the eyes (and thus, lack of sleep) have a blue to purple-ish tint. They are also more likely to be accompanied by puffiness, adds Dr Zeichner.

How to treat it: Get more sleep. But that can often be easier said than done. So, if you’re struggling to get ample shut-eye, try some expert-backed tips for better zzz’s, such as listening to sleep music or practising certain breathing exercises.

Dark under-eye circles caused by allergies are sometimes called allergy shiners thanks to pollen season’s ability to take (what can look like) a shot at your face. No matter the name, however, the discolouration is usually the result of nasal congestion.

Seasonal allergies often lead to nasal congestion, which happens when the tissues and blood vessels in and around the nose become swollen with excess fluid, according to the Mayo Clinic. Blood then begins to pool under your eyes and these swollen veins dilate and darken, leading to darkness and puffiness, says Dr Del Campo. “At times this can also be due to the location of the vessels and the eye muscles (close to the surface), which can cause discolouration,” adds Dr Boakye.

How to determine if this is to blame: Despite their nickname, allergy-related dark circles are unlike trauma-related black eyes as they generally show up under both peepers. They might also be accompanied by puffiness due to the excess fluid. And if you take a closer look in, say, the mirror, you might be able to see a dark appearance from the fluid under the skin, says Dr Boakye.

How to treat it: If you’re suffering from seasonal allergies, talk to your doc about the best form of treatment, be it taking an OTC decongestant (think: Benadryl, Zyrtec) or receiving allergy shots. In the meantime, however, you can address any puffiness topically by using an eye product with caffeine, recommends Dr Zeichner. “Caffeine helps constrict blood vessels to remove excess fluid and improve puffiness and resulting circles.”

When your body hasn’t taken in a proper amount of water, the skin around your eyes can appear dull or even sunken, similar to the hollow appearance from loss of volume. It can also become dry, which can accentuate any discolouration you might already have, says Dr Boakye. Alcohol can also “potentially worsen hyperpigmentation around the eyes,” she adds — which makes sense given the fact that it’s known to be dehydrating.

How to determine if this is to blame: If you woke up to a new set of under-eye circles after a wild night out, you can likely blame the booze (and, of course, any impact your evening antics might’ve had on your sleep). A simple way to figure this out? Start drinking plenty of H2O and try to score some quality zzz’s the following night — both of which should help alleviate any darkness that might be caused by dehydration and lack of sleep.

How to treat it: In addition to upping your fluid intake, you can address any hollows under the eyes by using an eye cream that contains hyaluronic acid. This powerful ingredient hydrates and, in turn, plumps the skin, allowing you to ditch any dehydration-related under-eye circles for good, explains Dr Zeichner.

Skincare dark circles retinols
Shannon Bauer
Skincare
Sign up for our newsletters to have the latest stories delivered straight to your inbox every week.

10 best under-eye masks for dark circles, wrinkles, and everything in between

All the benefits of Gua Sha, plus the best tools to invest in