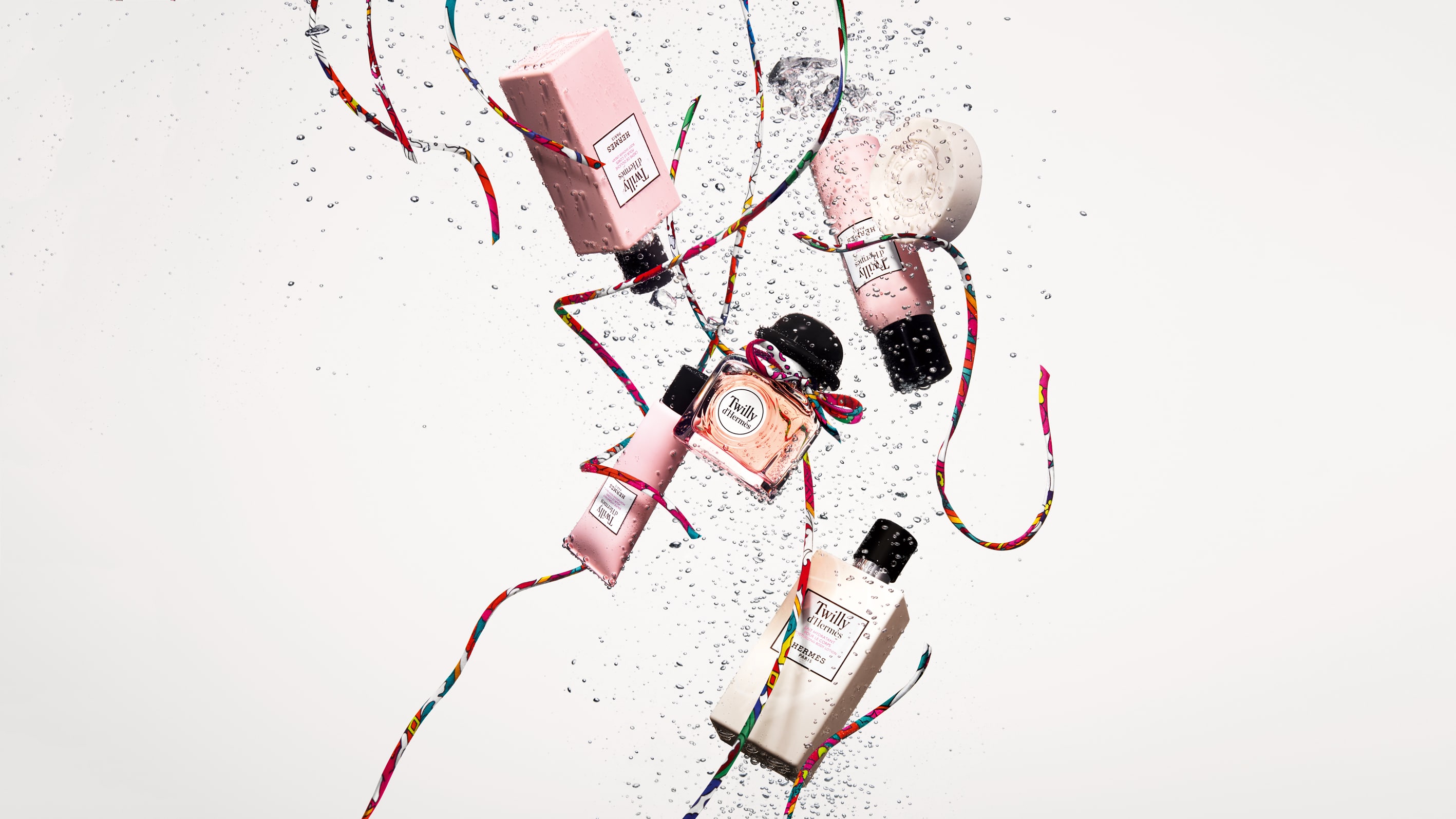 The collection comes on the heels of the Twilly d’Hermès fragrance that was named after the French institution’s iconic Twilly scarves. Head perfumer Christine Nagel dreamt up the scent after being inspired by the vibrancy and free-spirit of women today, and that ethos has also glossed over into Hermès’ line of bath and body products, Le Bain.

All the products from Twilly d’Hermès Le Bain have bright, pastel colours that will instantly spruce up the bathroom of the Hermès girl: a shower cream, moisturising lotion, body balm, deodorant spray, and perfumed soap. But they weren’t just made to be displayed on your marbled basins and baths. They’re there to elevate your shower ritual to a higher echelon. 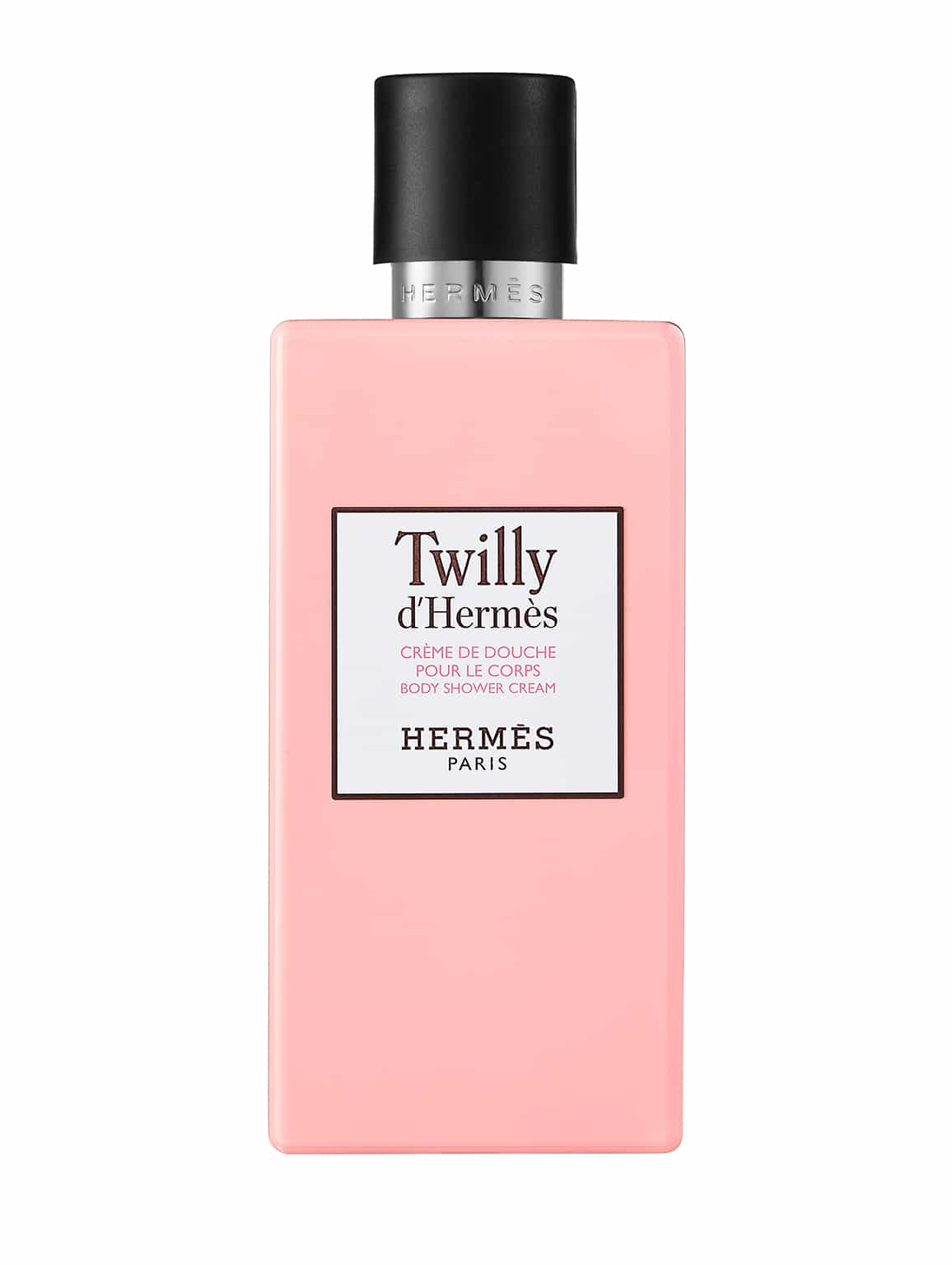 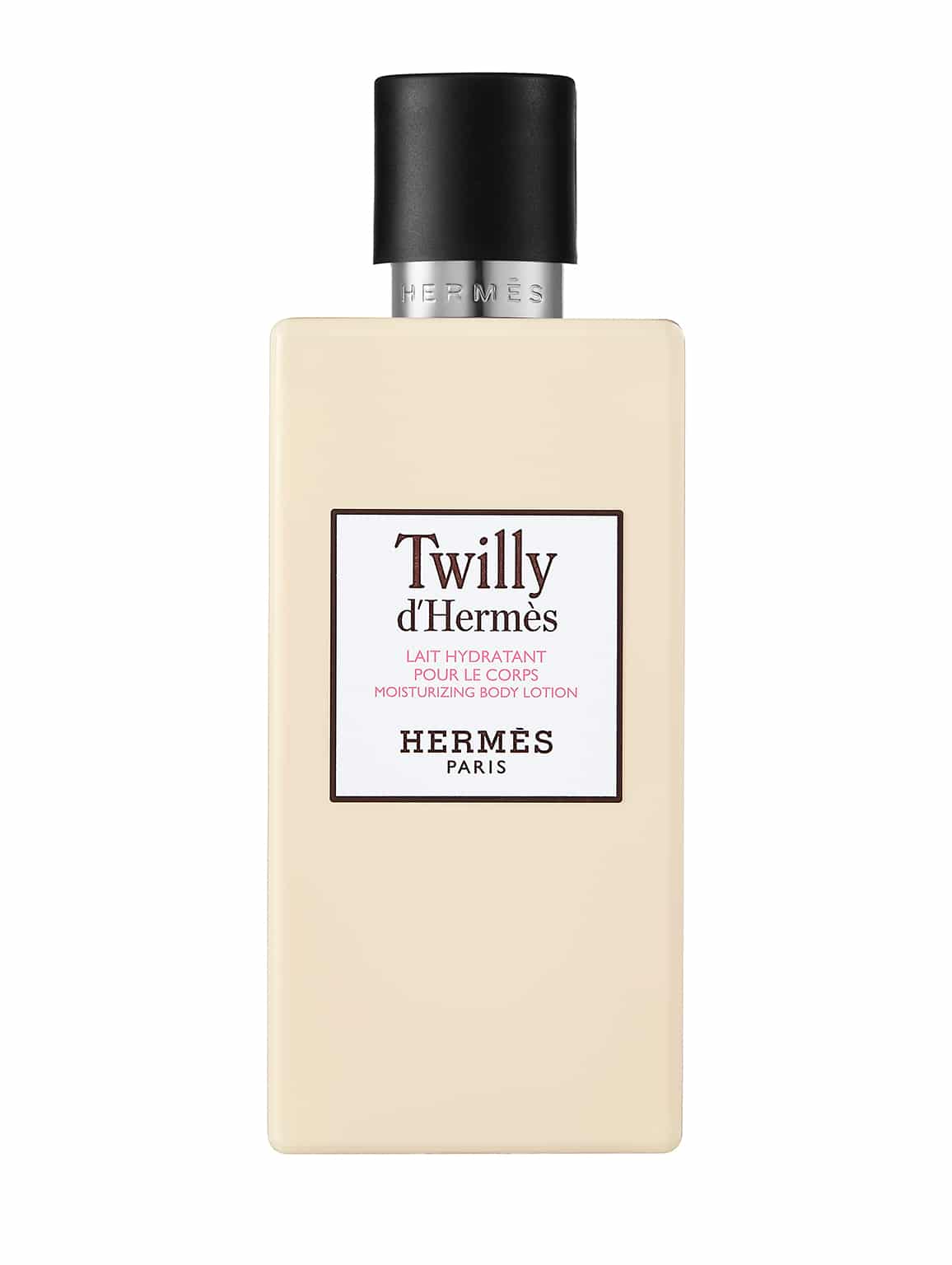 Your first step would be with the shower cream. Lather your body with this ultra-rich yet smooth cleanser that will leave your body with freshly-scented suds. Once you rinse it away, the next step would be to moisturize your body first with the moisturising lotion. We can’t stress enough the importance of moisturising post-shower. Moisturisers keep your skin hydrated and moist, and the best time to do it is right after you towel off after a shower. The moisturising lotion is silky and light on your skin and has none of that unwanted stickiness some other lotions have. 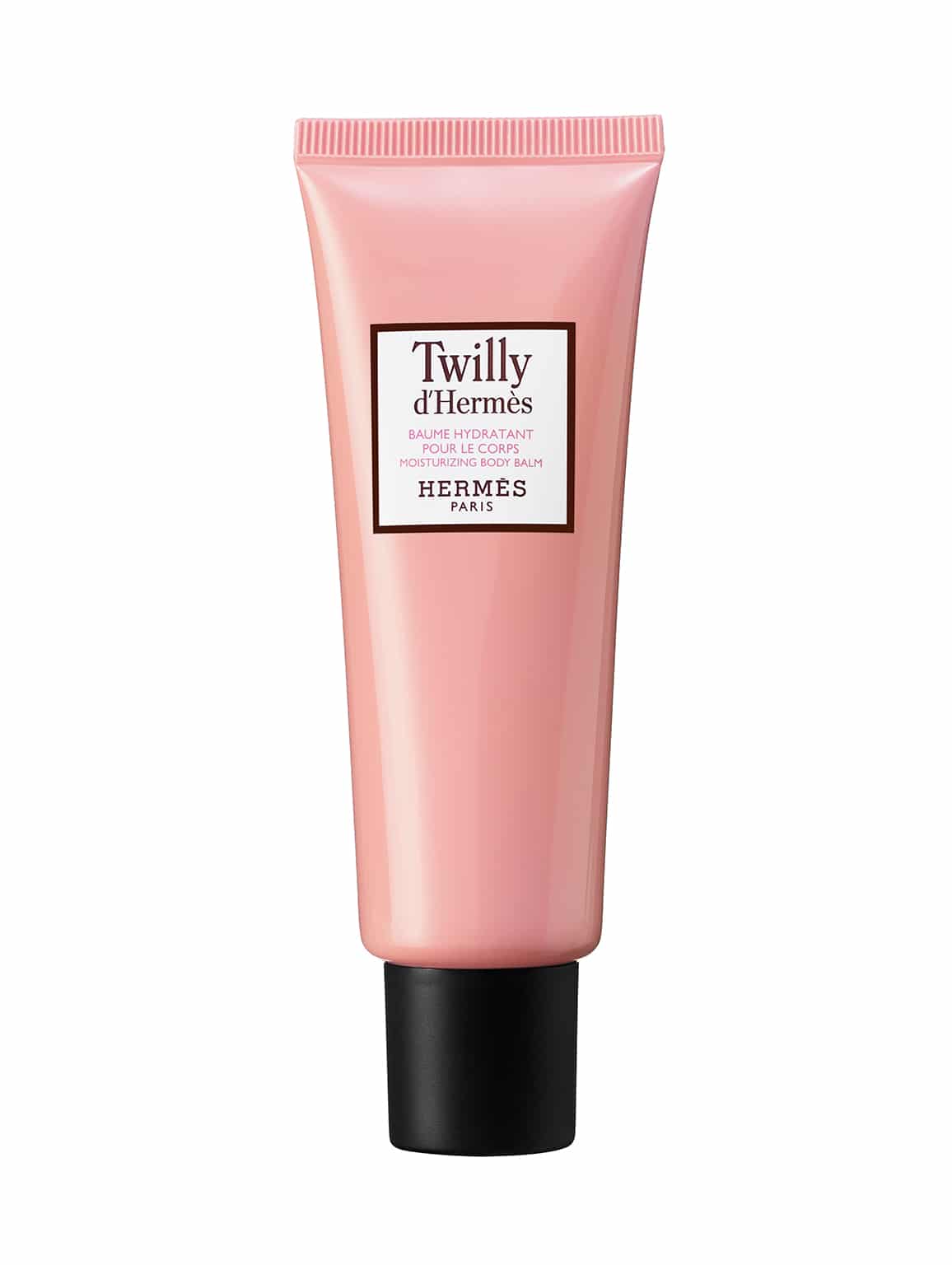 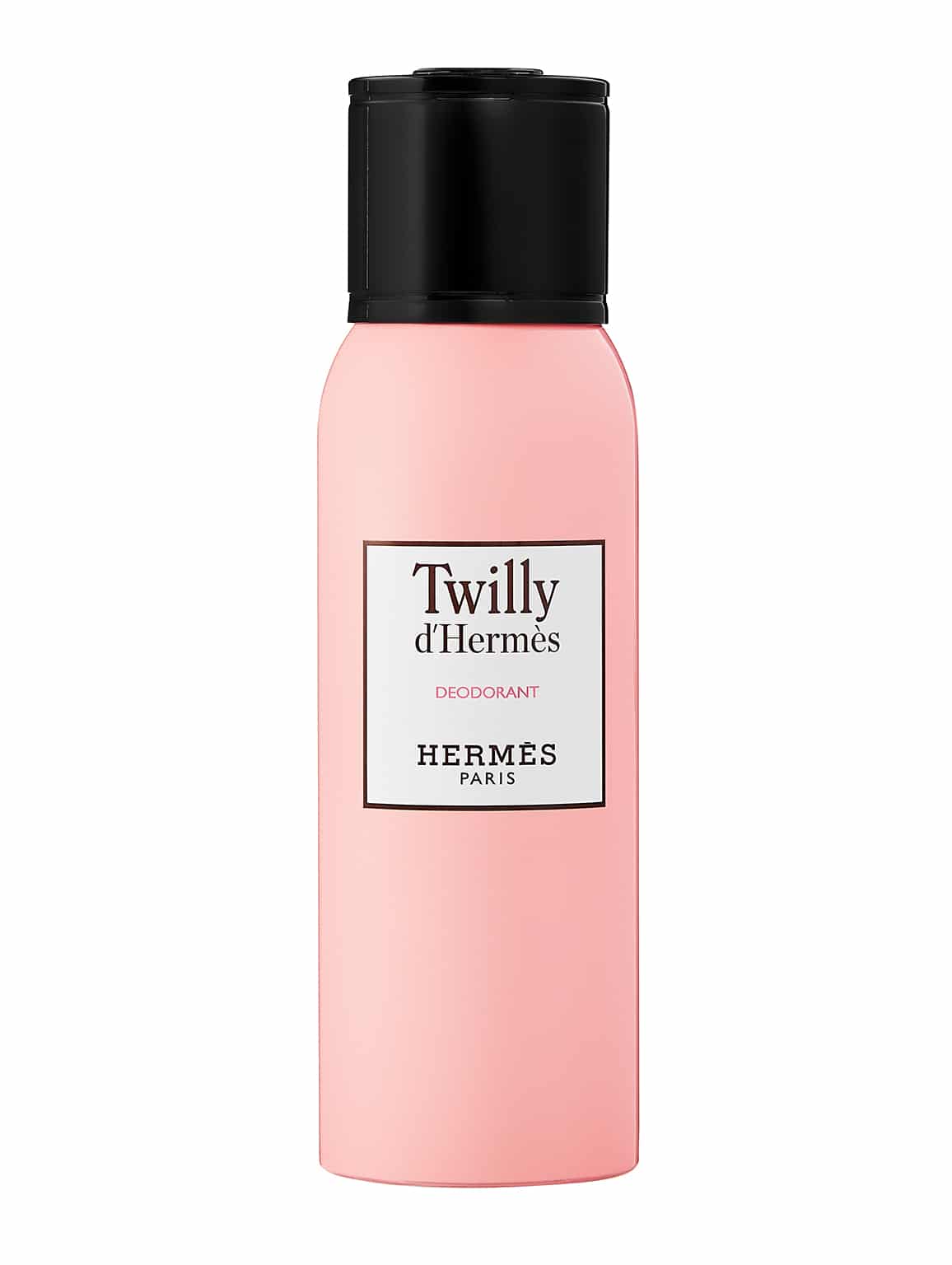 The next step in your body ritual is an optional one. The body balm is also another lotion for your skin, but it adds that thick, creamy layer on your skin that the lotion doesn’t provide. A plus point is that the balm is travel sized, so if your skin ever feels dry on a flight, you know which little tub to pull out. Last, a little spray from the deodorant, undoubtedly the fanciest can of deodorant, ensures that any and all bad odours throughout the day will stay away. You might think that a spritz of the Twilly perfume will be enough to mask any unwanted smells, but that doesn’t kill odour-producing bacteria, which is what deodorant does.

As an added bonus, there is also a box set of three perfumed hand soaps in the collection: One for your bathroom, one for your powder room, and one to keep with you just in case. You probably won’t need a reed diffuser anymore with this scented soap, as it’ll give your bathrooms a gentle hint of the Twilly DNA.

The Twilly d’Hermès Le Bain collection is available at all Hermès stores.

Hermès Twilly d'Hermès Le Bain
Josiah Neo
Writer
Josiah Neo is a tech writer who contributes occasionally to the fashion, travel, and culture beats. When he’s not busy keeping up with the keynotes, he’s probably stuffing his face with the best Melbournian donuts (at Shortstop, BTW) or watching his favourite esports team, the Los Angeles Valiant, pummel their opponents into oblivion.
Technology Travel Fashion Culture

Ask the beauty editor: Why won’t my blackheads leave me alone?

Huda Kattan gives us a glimpse into her first skincare product