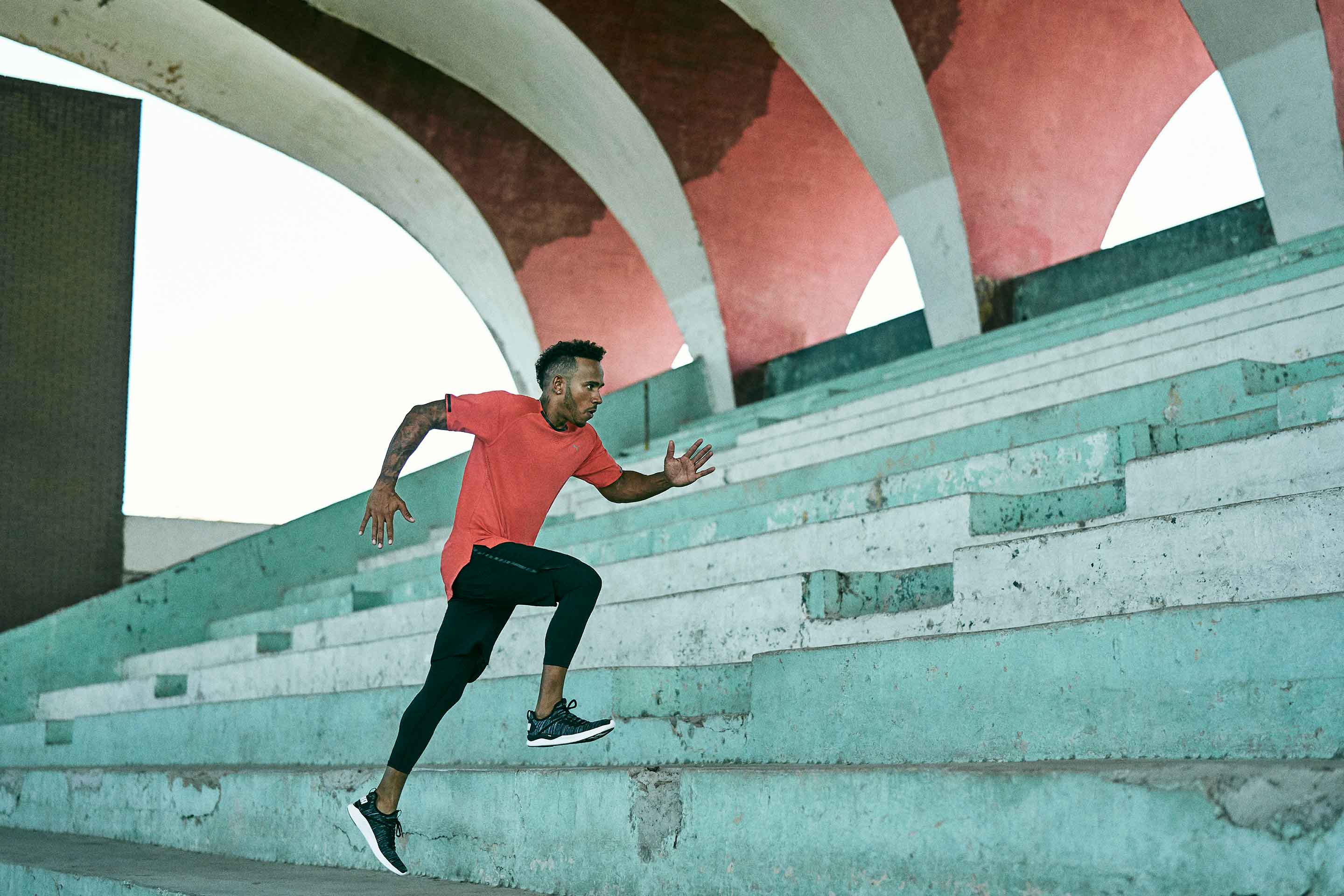 These are the best running shoes you need for 2018

Unless you have lungs of steel or the patience of a Buddha, running isn’t exactly the most exciting activity you can do to keep fit. In fact, we can namedrop a dozen other sports that might be more appealing than panting your way to another location. Yet running remains one of the most popular forms of sports worldwide — evident from the tens of thousands that throng to marathons like some sort of annual pilgrimage.

Love the sport or hate it, you’re going to need the best running shoes in the market to make that run count. Yes, you can run barefoot or in stilettos in theory, but just as how you wouldn’t wear basketball shoes to a tennis game, you don’t want to be wearing your Air Force 1s on the track because they’re simply not made for running. To ensure you set out with happy feet, an investment in some of the best running shoes has to be in order.

Because running involves specific and repetitive movements of the foot while the rest of your body absorbs the weight of gravity, the right shoes should provide the right grip, fit, responsiveness and breathability. Any doctor could talk for hours on why using shoes meant for other sports are dangerous for running, but if you trust us on this, you wouldn’t have to see one in the first place. 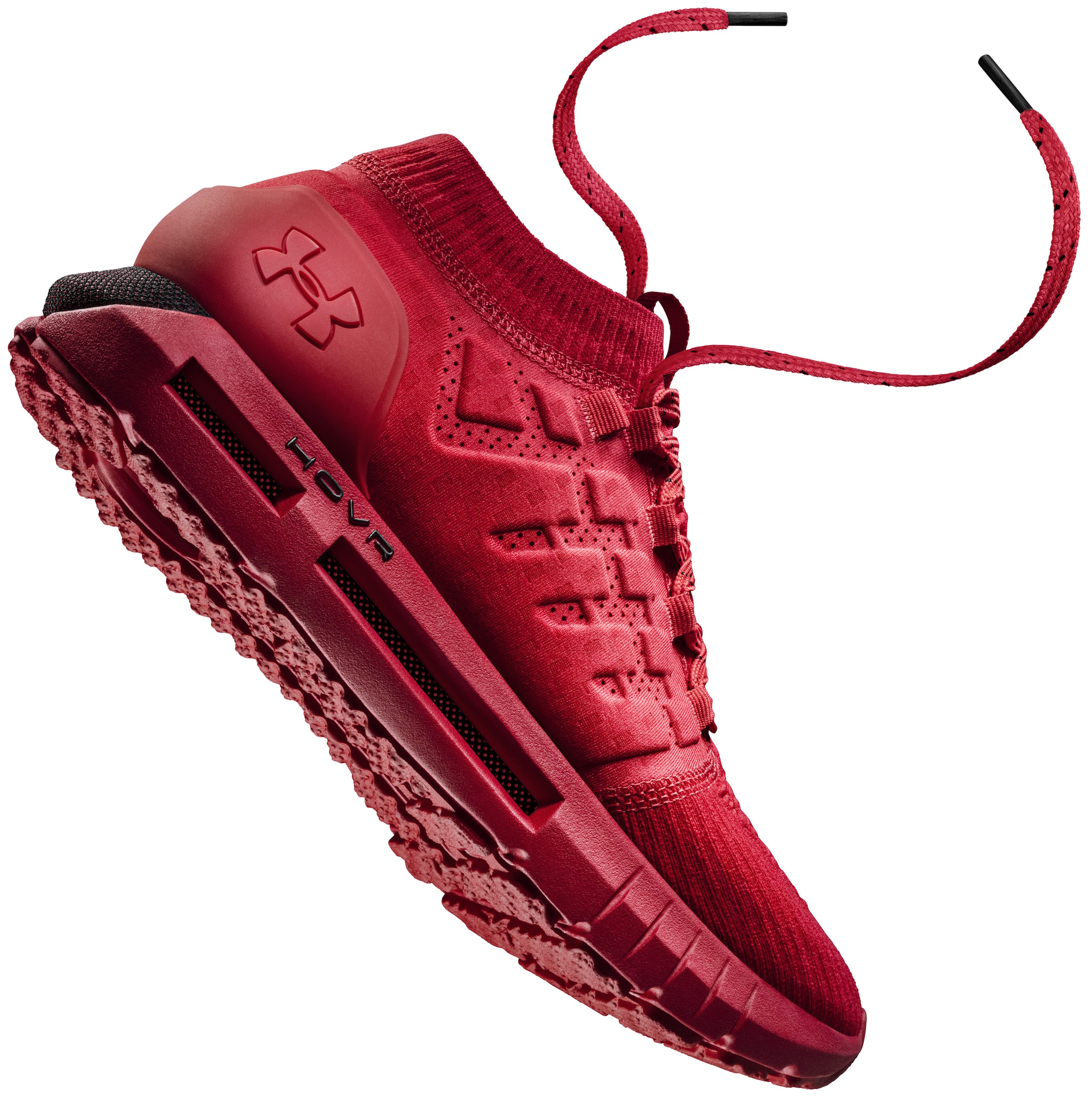 The best running shoes are not often the best looking ones, but we admit that our hearts fluttered when we saw the HOVR Phantom. Newly launched for spring and in three colours — red, black, and white — the shoe incorporates the cutting-edge ‘Energy Web’ cushioning platform that promises energy return and shock absorption with each stride. A runner takes two to four times their body weight with every step, but the HOVR underfoot returns that energy instead, giving a zero-gravity feel that enhances performance. The knitted Threadborne upper conforms around the feet for the optimum fit and comfort too. 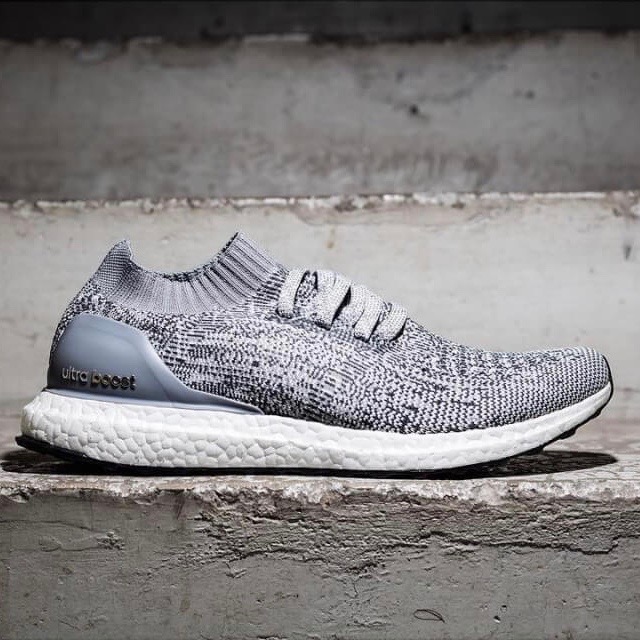 The Ultra Boost has been heralded as the greatest running shoe Adidas has ever made, and for good reason. Harnessing technologies from the aeronautical industry and thousands of anatomical studies of foot shapes, the Ultra Boost was born with 20 percent more cushioning foam than its initial Boost counterpart. To make the shoes even lighter and to show off the PrimeKnit upper, the Uncaged version does away with the plastic mid-foot cage, so the new sock-like construction provides an even better fit. 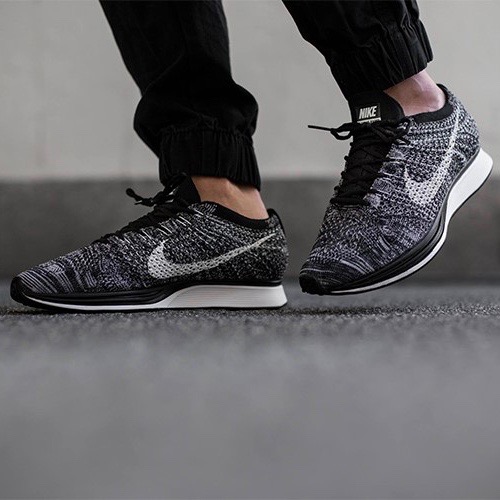 It’s called Racer for a reason: It makes you fast(er). The lightweight Flyknit kicks’ breathable nature has received praise from runners for keeping their feet cool and dry throughout the run. Made for neutral runners in road racers, the Flyknit Racer’s known for its responsive and springy underfoot experience. Like many Nike trainers, these have somewhat developed a cult following in the streetwear circuit, so you’ll get extra points for looking fly while sweating it out. 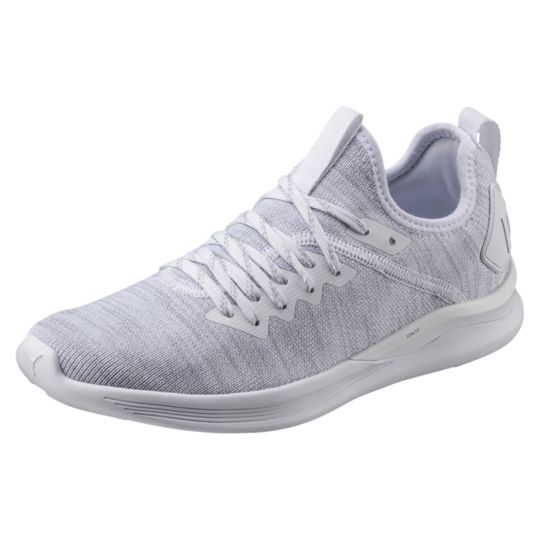 Puma’s Ignite series has had plenty of success in providing comfort even on long training days, thanks to the introduction of its evoKnit technology. At the heel, Ignite tech is incorporated for a lightweight cushioned felt under the foot. A moulded rubber heel clip then secures the heel throughout the run, while the elastic evoKnit not only provides adequate ventilation and exceptional fit, but also makes slipping in and out of the shoes effortless. 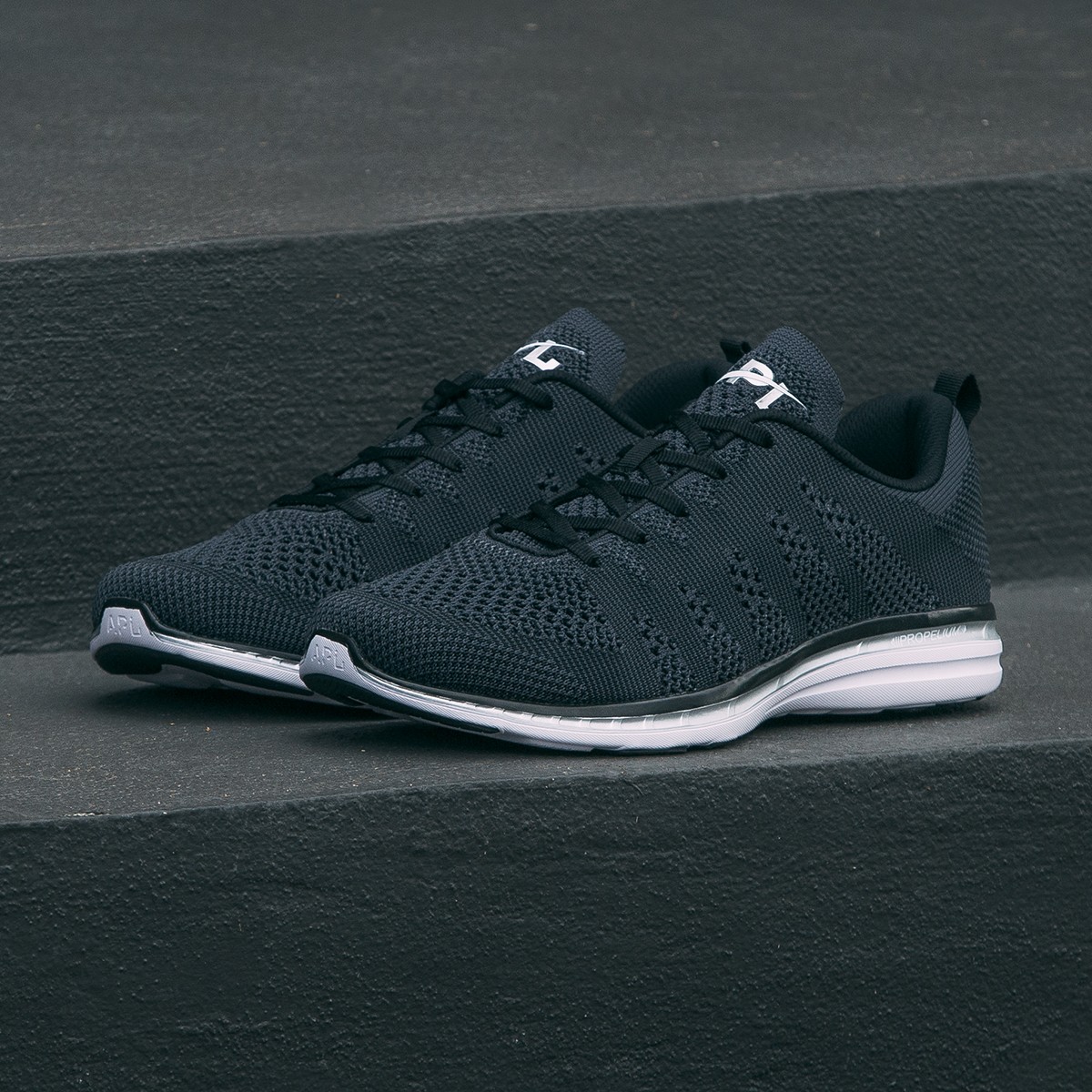 Having been tested by world-class experts before hitting the market, the TechLoom Pro shoes combine TechLoom technology with Propelium soles to become a serious contender on this list. The latter are weightless soles that enhance cushioning, shock absorption and energy generation to provide a tireless and invigorating run, while the former sees performance textiles woven into a one piece upper for better fit. Other thoughtful features include flex grooves inspired by the shape of a feather, and an 8mm drop from the heel to forefoot — a natural position for efficient running. 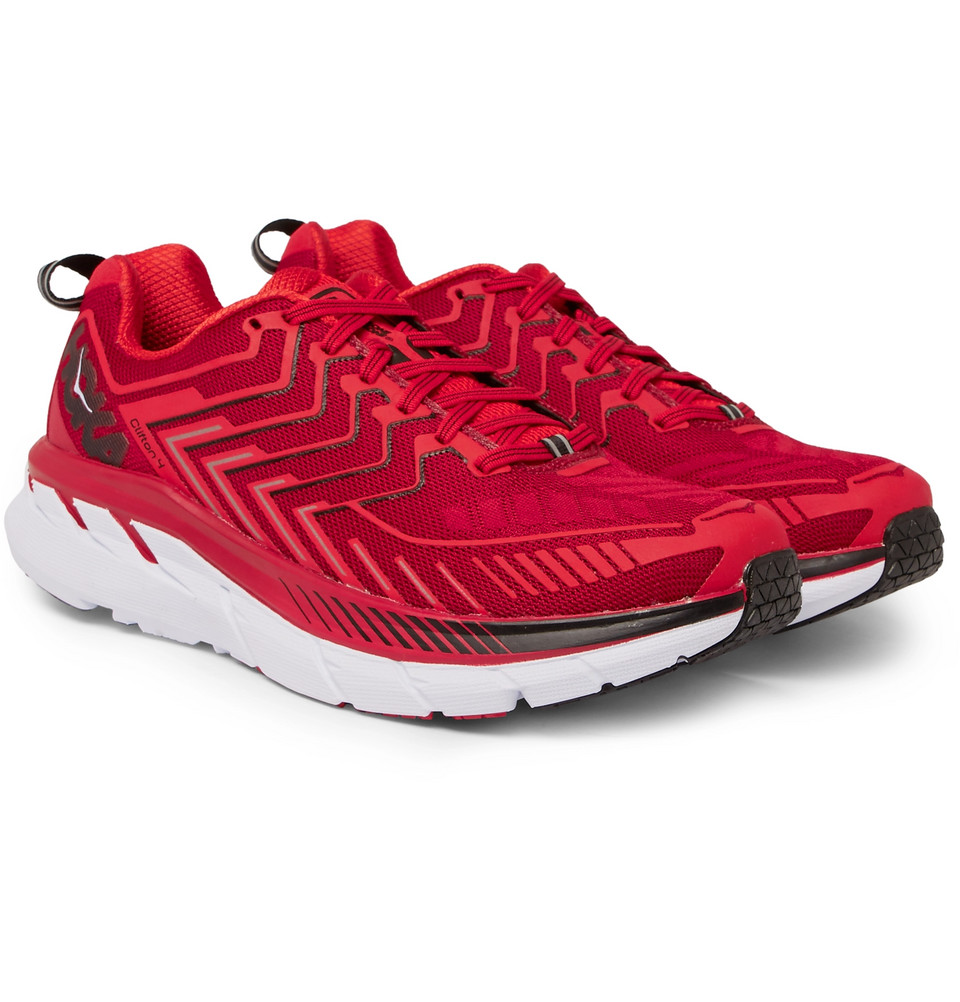 6
Hoka One One Clifton 4

Christened after a Maori phrase that means “fly over the earth”, Hoka One One is a Californian brand that’s been invading the mainstream market since it was founded in 2009. Runners well-versed in the art of running will know, however, that the Clifton 4 provides phenomenal rebound no matter where your foot strikes. Combining high levels of cushioning with lightweight breathable mesh uppers, the fourth (and supposedly best) version of the ‘Clifton’ series promise a supported run on any terrain and distance.