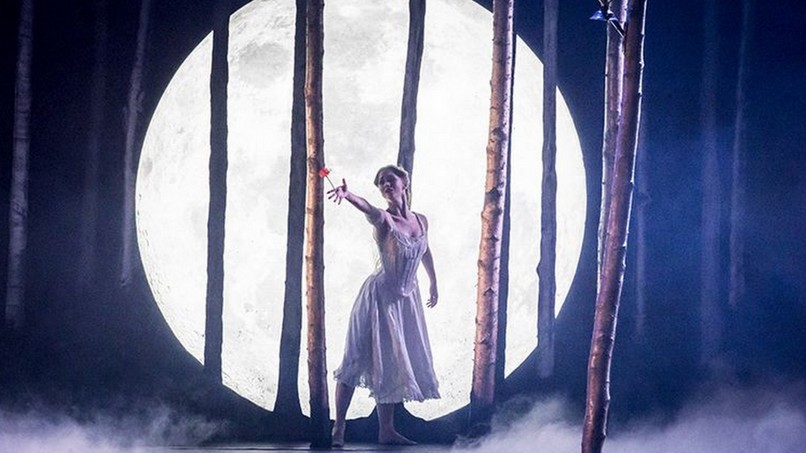 10 best things to do in Singapore this August 2016

This month, we’ll be treated not only to the fireworks spectacle on National Day, but also to a medley of concerts and stage productions, comedy shows and film screenings. Look out for some of the biggest names from around the world and within our island, such as Ronan Keating, Jimmy Carr and Glen Goei, who will be here to keep you entertained all month. And as the Rio Olympics roll on, get exercising at a yoga festival yourself. Who ever said there’s nothing to do in Singapore?

With its 2012 premiere, Sleeping Beauty completed Bourne’s trio of Tchaikovsky ballet masterworks after his Tony Award winning Swan Lake and international hit Nutcracker!. Having enchanted the crowds across the United States and the United Kingdom, it is set to continue winning hearts in Asia. One thing’s for certain – Princess Aurora won’t be the only one coming to life on the night.

Tickets are available here from S$40.

Films at the Fort

Although it can get too hot and humid in the day, Singapore’s evenings are cool and breezy. Blessed with such pleasant weather all year round, we should really make the most of it — cue this open-air film screening in the setting of Fort Canning’s natural amphitheatre.

This year’s programme includes biographical drama The Man Who Knew Infinity which stars Dev Patel of Slumdog Millionaire; comedy The Nice Guys with heavyweights Russell Crowe and Ryan Gosling; an Amy Winehouse documentary; romantic drama Brooklyn, which has reeled in a string of awards and nominations; as well as a Tom Hanks classic — Forrest Gump. Make an early getaway from work to stake your spot on the grass for an evening picnic and sunset drinks before the films start rolling.

Tickets are available here from S$29.75.

Inaugurated in 1977, Singapore’s annual arts festival brings local and international artists together through performance, theatre, dance and music. This year, it will kick off with a Russian production of Hamlet | Collage — played entirely by a single actor suspended above the stage in a shape-shifting, open-faced cube. Robert Lepage’s inventive take on the Shakespeare classic will transport you through the vivid settings of the tragedy, from a mental asylum to the ramparts.

Also check out Ron Arad’s 720°, a massive installation of 5,600 silicon cords arranged in an 18 metre circle, which act as an interactive screen for projected performances. It’s certainly set to be one of the festival’s greatest spectacles.

Certain exhibitions are free, while tickets for different shows are available here from S$10.

Stories from an Island City

Music, film and dance come together to tell stories of Singapore in The TENG Ensemble’s production, directed by local film and theatre icon, Glen Goei. The thespian and director, who made his transition from stage to screen out of sheer desperation, now brings this special presentation of Singapore’s culture, traditions, languages and history. Incorporating familiar motifs from heritage songs like Chan Mali Chan and Munnaeru Vaalibaa, the ensemble’s original pieces will be accompanied by scenes of the island nation by local filmmakers and elaborate dance choreography.

Tickets are available here from S$18.

Spend a Sunday at Sentosa Cove to free your mind and work your body. Sweat with Style is bringing the hottest New York Strala yoga trend to revolutionise your approach to yoga through an emphasis on natural movements. After your workout, refuel with healthy treats and detoxing juices from Made Real, Project Açai, HIC Juice and more. Then cool off with a dip in one of Singapore’s largest outdoor pools while the DJ spins his tunes.

Panic! At The Disco

American pop-rock band Panic! At The Disco is making a return to Singapore after its debut at SINGFest eight years ago. Following a two year wait since their 2013 album Too Weird to Live, Too Rare to Die!, their recent release Death of a Bachelor debuted right at the top of the US Billboard 200. Be there to soak up the atmosphere as Brandon Urie belts out his high-octane anthems.

Tickets are available here from S$98.

We first saw this alternative rock band when they opened for Muse’s Drones world tour, and they’ve been impressing with headline shows around Europe and the United States since. Performing live in Singapore for the first time on their Under My Skin tour, the British quintet will be the second chapter of a Rising Star Series that features emerging artists from around the world. Don’t miss their singles Wake Up Call and Trip Switch, which hit No.1 on the Billboard Alternative Songs chart and shot their eponymous debut album to fame.

Tickets are available here for S$88.

Showcasing the best of international choreography, the Singapore Dance Theatre is producing a triple bill of ballet works to the Esplanade this month. The highlight will be the company’s premiere of Dutch choreographer Nils Christe’s Symphony in Three Movements with the accompaniment of music by Igor Stravinsky, one of the 20th century’s most influential composers.

It will be followed by Choo-San Goh’s Schubert Symphony and Age of Innocence by Edwaard Liang, who has put his stamp on the global arena through choreography for the New York City Ballet and Shanghai Ballet, amongst many others.

Tickets are available here from S$30.

Previously the lead singer of Boyzone, the boyband of the 1990s, Ronan Keating went solo after his group disbanded. With over 20 million records sold and experience as a The X Factor (Australia) judge and The Voice Australia coach under his belt, his solo career has been a resounding success.

Making a one night only appearance in Singapore, Keating will perform an acoustic set featuring hits from his tenth studio album, Time of My Life. Let him serenade you with his heartfelt ballads about true love.

Tickets to get into Universal Studios Singapore are available here from S$55.

If you can’t quite place this name, think of an Irish man crossed with Roger Federer, whose laugh sounds like a seal honking (all his words, not ours). One of the United Kingdom’s best-loved comedians, Jimmy Carr will unleash his deadpan delivery and dark humour on fans here when he stops off along his Funny Business world tour. Packed with edgy one-liners, politically incorrect stories and NSFW jokes, he’ll have you reeling with laughter all night.

Tickets are available here from S$108.