5 things you never knew about the Steve Jobs Theatre

The tech world was abuzz last week, as Apple hosted its keynote at its new campus in Cupertino, Apple Park. The unveiling event saw the announcement of several new products, such as the iPhone 8, iPhone 8 Plus, Apple Watch Series 3, Apple TV 4K, and the high-end iPhone X. The latter, the tech giant’s flagship phone, was undoubtedly the star of the show.

However, cutting-edge gadgets weren’t the only things that stole our attention. The setting of the event, the Steve Jobs Theatre, is an architectural marvel in itself. The state-of-the-art building — a 20-foot-tall glass cylinder, 165 feet across and topped with a metallic carbon-fibre roof — looks like something out of a science-fiction film.

While Steve Jobs (Apple’s founder who the theatre was aptly named after), had the original vision for Apple Park, the details of the impressive architecture were dreamt up by chief design officer Jony Ive. Ive worked with award-winning architecture firm Foster + Partners, who designed many Apple stores around the world, to bring the Steve Jobs Theatre to life.

Although minimalistic, the architecture of the building itself is a work of art, and each detail was carefully planned. Without further ado, check out these facts that you may not have known about the Steve Jobs Theatre. 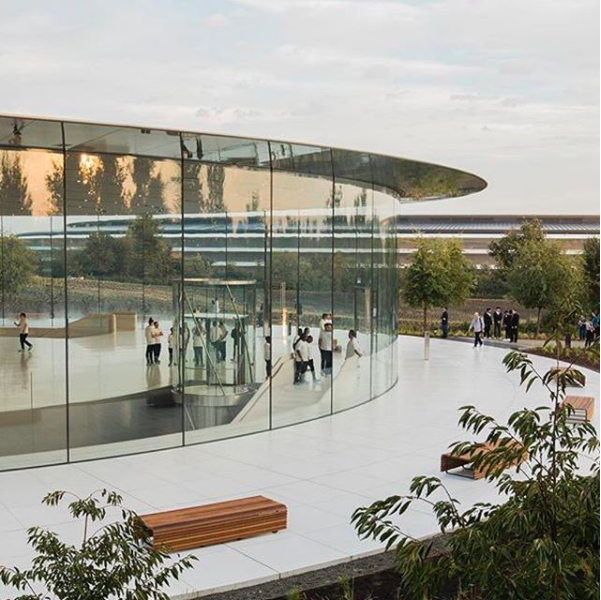 While it’s no secret that earthquakes are an ever-present threat in California, what you may not know is that the Steve Jobs Theatre’s ring-shaped facade was built to withstand the natural disaster.

The building was designed to move up to 1.4 metres horizontally in an earthquake scenario — due to a base isolator technology that is anchored to the foundation. This allows it to move with the ground motion while the building remains in its position.

Well, we guess Californians now know where to seek refuge if a San Andreas-type situation ever happens in real life. 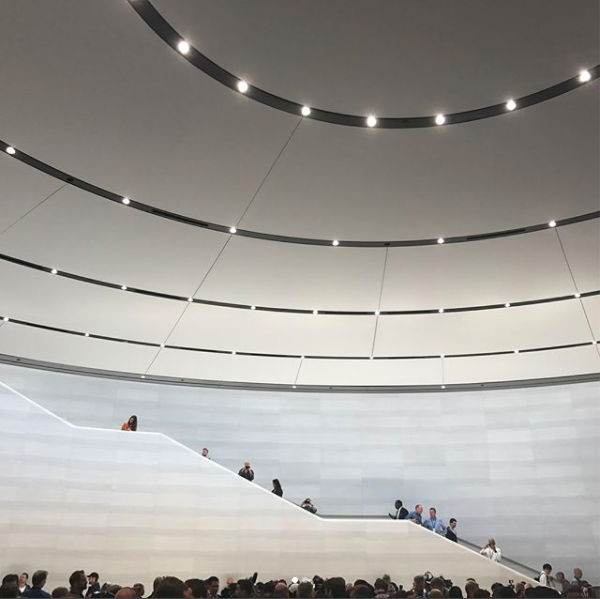 2
Minimalism at its finest

The minimalistic architecture of the theatre was mostly inspired by the design of the iPhone. Although the building’s frames, pipes, wires and speakers aren’t visible, they are all there — just brilliantly hidden by architects Foster + Partners. 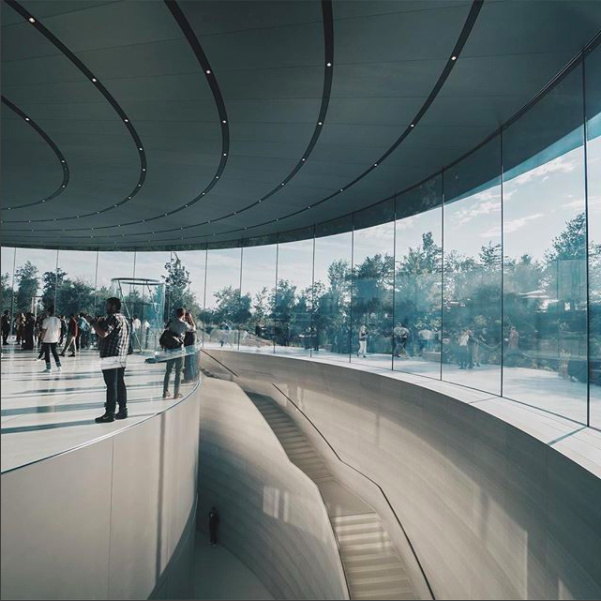 Where are the wires and pipes, you might be wondering? They are concealed in twenty of the thin joints separating each glass panel — which house specially-designed water pipes for the sprinkler system. These are hidden under dozens of recessed circles in the carbon fibre roof. The remaining joints are home to wiring for power, data and audio. 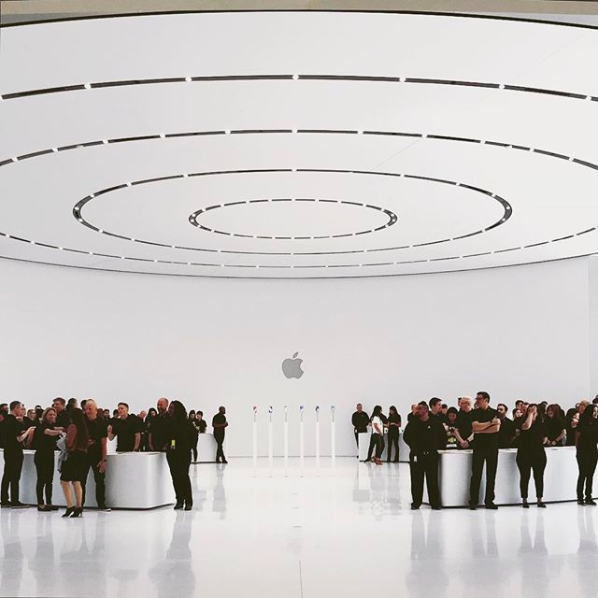 The giant curved panes of the theatre is a signature Apple design. In fact, it’s a branding that the tech giant has been rolling out to its new retail stores built around the world — such as Apple Orchard Road. Inside, the hallmarks of the structure are glass, transparent walls, stonelike staircases, polished wooden structures and indoor trees and greenery. 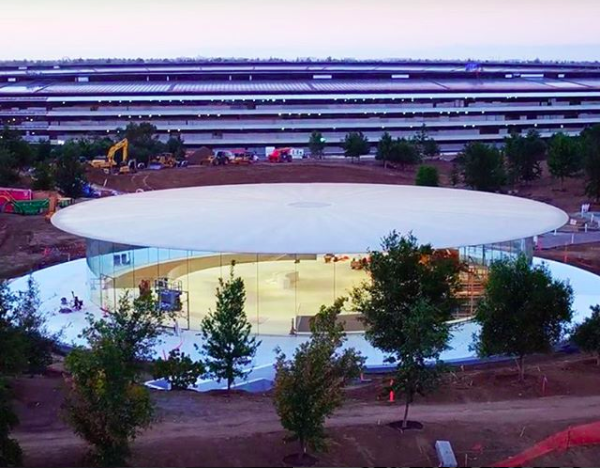 The site hadn’t always looked this futuristic, though. Previously, it belonged to Hewlett-Packard — and was home to a mishmash of buildings and concrete. When Apple bought the site over, Jobs envisioned 12,000 talented Apple staff working together in a single state-of-the-art building — and it has definitely come to fruition.

Gear
Sandra Lee on how technology breathes life into her entrepreneurship journey
Style
Cherry Discotheque’s merch line defines cool ways to pay it forward during COVID-19
Style
Miu Miu gives vintage fashion a stamp of approval in its #MiuMe campaign
Food & Drink
7 best self-tanners to get a beach-bronzed glow at home
Gear
Porsche unveils its eighth-generation 911 Targa just in time for summer
Style
How your luxury shopping experience will change after the Circuit Breaker
Style
Breitling revives the limited edition Superocean Heritage ’57 in support of healthcare workers
Travel
The UK to revise its international travel restrictions from June 2020
Style
These sneakers are made of apple leather and recycled materials
Sign up for our newsletters to have the latest stories delivered straight to your inbox every week.