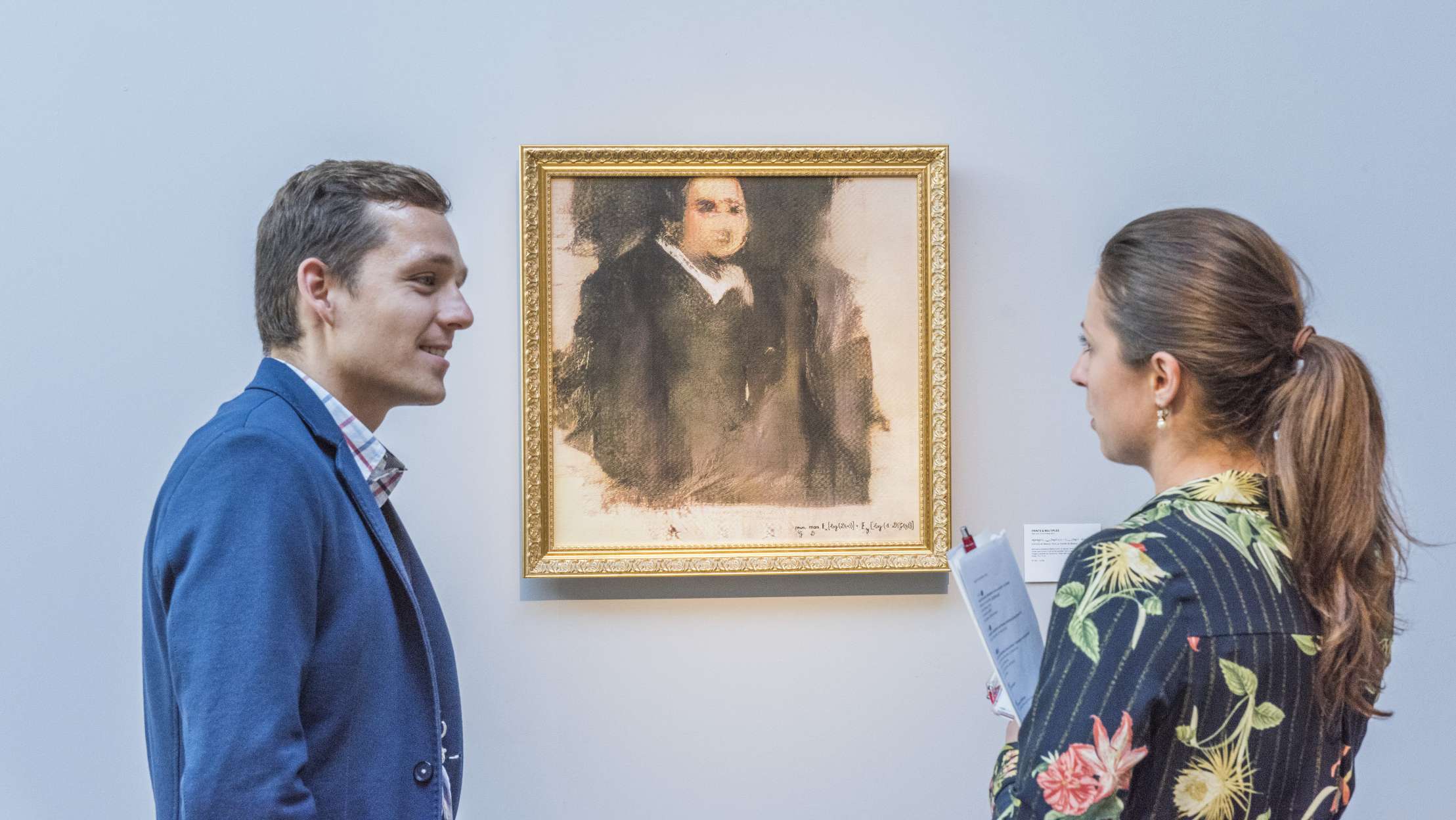 Would you buy a painting created by artificial intelligence?

Culture
Would you buy a painting created by artificial intelligence?
Share this article
Next article

A slightly chubby Frenchman in a dark suit takes his turn to be immortalised in his portrait. Unfortunately, it goes unfinished. His facial features are murky, his clothes unremarkable, and some parts of the canvas are even untouched. But when it goes under the hammer at Christie’s New York in October, it would make history.

That is the story of Edmond de Belamy, a subject created by an artificial intelligence (AI) that is set to be auctioned off for the first time.

Gone are the days where AI is only useful for setting the thermostat. While “painting” might be a stretch to call it (there was no paint involved), we might have finally taken a step in the right direction of humanising AI. Obvious, a Paris-based art collective, has designed an algorithm that can create lifelike artwork. They used the method of Generative Adversarial Networks (GANs) to not only create the portrait of Edmond, but also that of an entire fictional Belamy family.

The algorithm to create the Belamy family was fed a series of 15,000 portraits from the 14th to 20th century. It then generated a new image based off the set before going through a test to determine if it was created by a machine. If it can successfully fool itself that the image was painted by a human, then it passed. Think of it as a Turing test, but for art.

We sign our artworks with the mathematical formula of the algorithms we used.

Edmond de Belamy’s portrait is not the first time art has been created by machines. GANs have been exploring the more creative potentials of artificial intelligence since 2017. Called CANs (creative adversarial networks), these algorithms are creating artwork that might not necessarily fit into any style or era. Some AI-generated paintings have even been ranked higher than those done by humans.

Maybe in the next few centuries, machine-generated paintings would fetch prices higher than what the Renaissance-era maestros are seeing today. For now, however, “Edmond de Belamy” is estimated to go for somewhere between €7000 to €10,000 (S$11,150 to S$15,900) during the Prints & Multiples sale at Christie’s that would be held from 23 to 25 October 2018.