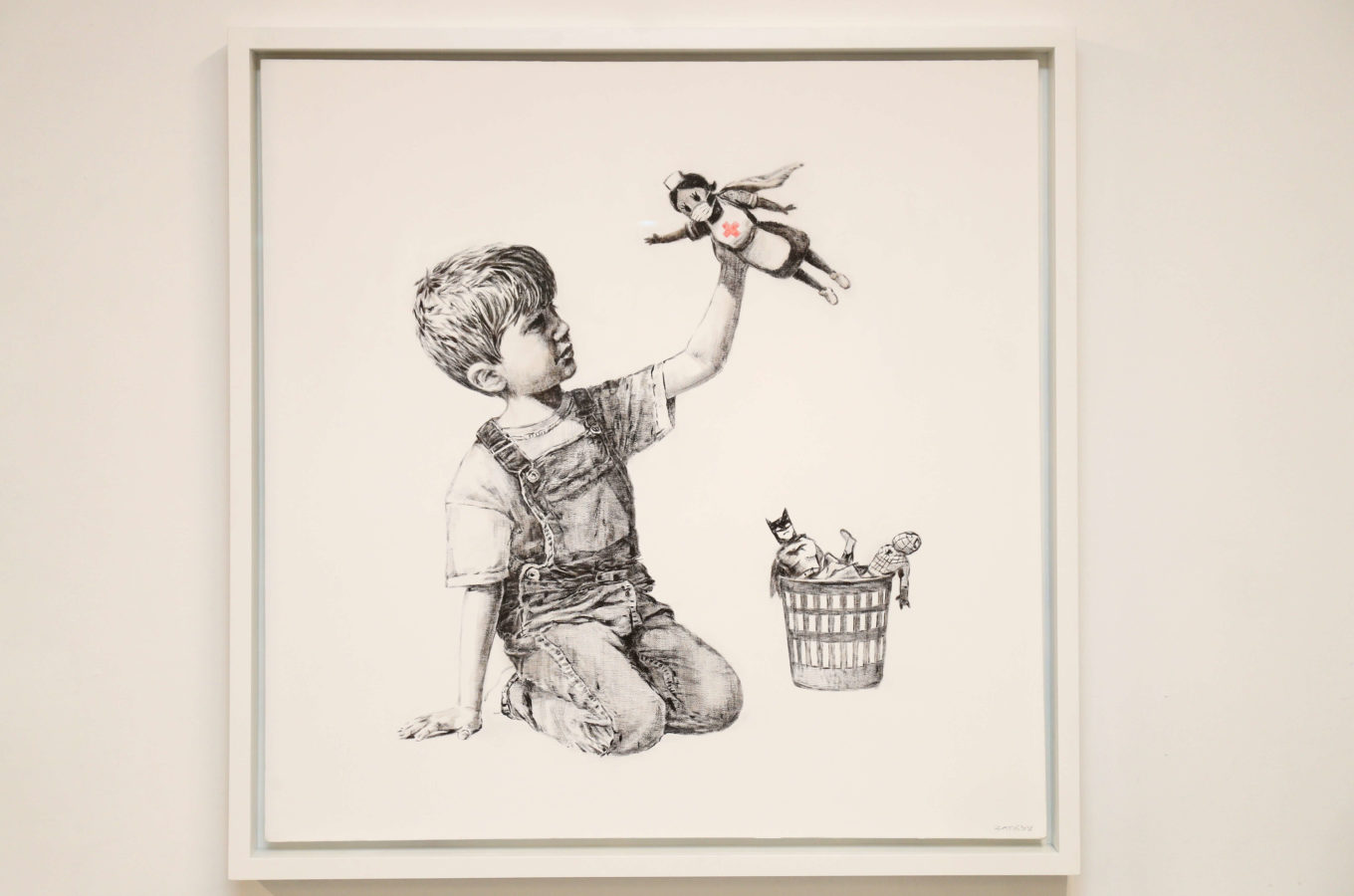 A new artwork by Banksy in honour of Britain’s health service has gone on display in a hospital, paying tribute to medics battling the coronavirus pandemic in the second hardest-hit country.

The street artist also posted an image of the work on Instagram, which shows a boy in dungarees playing with a figurine of a nurse in a superhero cape. The sole splash of colour in the artwork — entitled ‘Game Changer’ — is the red cross on the nurse’s uniform, while discarded Superman and Batman figures lie in a basket next to the boy.

Hung on a corridor wall at a hospital in Southampton in southern England, the one-square-metre (10-square-foot) tableau will be put on public display when lockdown measures are lifted, a spokeswoman for Banksy said.

It will later be auctioned to raise money for charities connected to the country’s National Health Service (NHS). Other pieces by the secretive artist have previously fetched millions of dollars.

Britain’s official COVID-19 death toll this week overtook Italy’s, with more than 32,000 fatalities — second only in severity to the United States.

Remembering Christo, the artist who transformed landscapes around the world