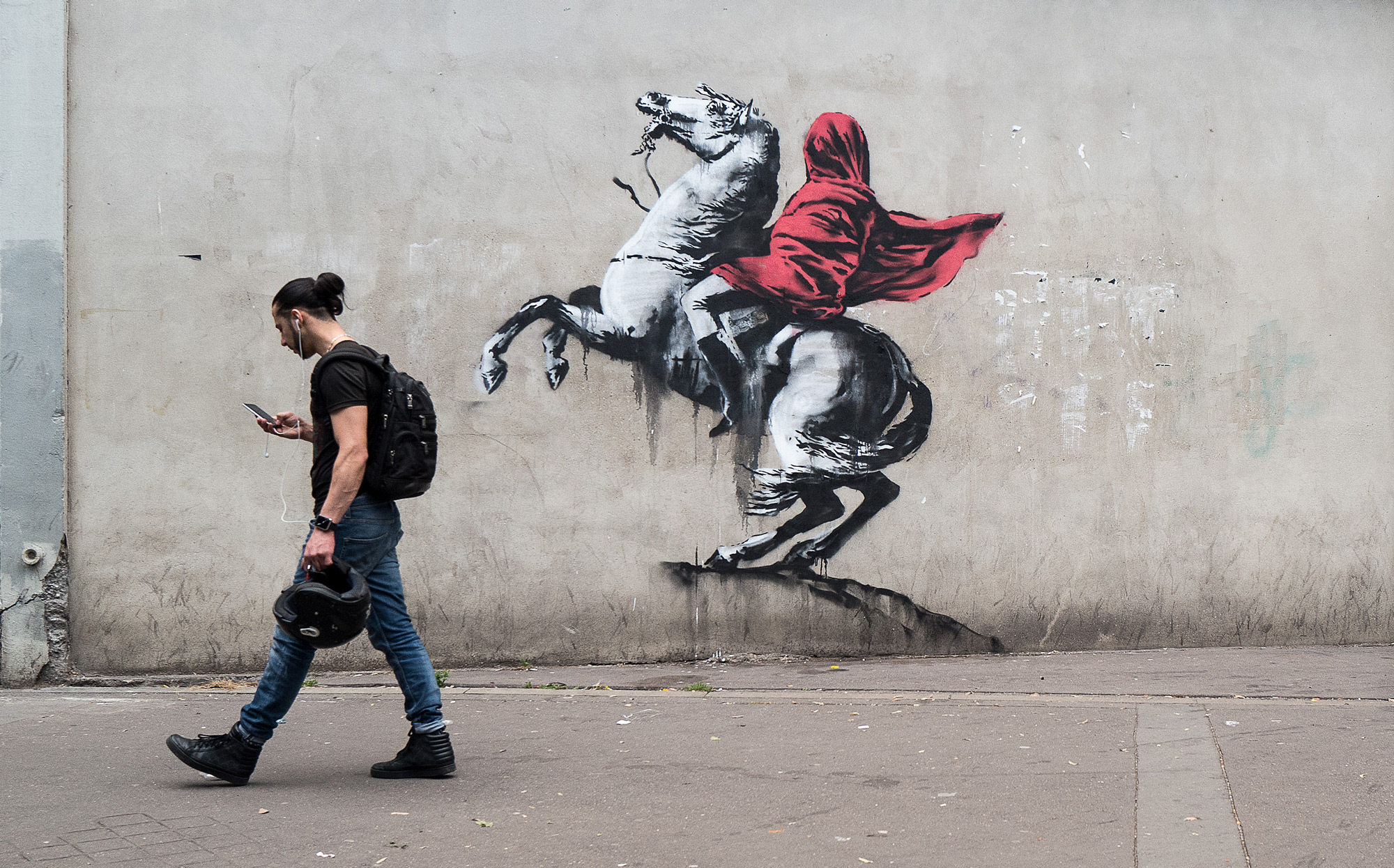 Art fans and curious shoppers crowded around a disused shop in south London on Monday after notorious street artist Banksy set up a mini art exhibition in protest at a greetings card company.

Scores of people vied for a view of some of the guerilla graffiti artist’s works, including the stab vest he designed for grime artist Stormzy to wear during his headline performance at this year’s Glastonbury Festival.

The exhibition popped up overnight on Surrey Street, in Croydon, with the exhibits shown behind large glass windows, under a shop sign reading “Gross Domestic Product”.

. This showroom is for display purposes only. I’m opening a shop today (although the doors don't actually open). It’s in Croydon. Probably best viewed at night.

Banksy said in a statement that his motivation was “possibly the least poetic reason to ever make some art”.

“A greetings cards company is contesting the trademark I hold to my art, and attempting to take custody of my name so they can sell their fake Banksy merchandise legally,” he wrote.

Banksy said he had been prompted to open a shop as a way to get around copyright law after the greetings card company launched a legal bid to use his name to sell “fake” merchandise.

“I think they’re banking on the idea I won’t show up in court to defend myself,” he added.

Banksy said that proceeds would go towards buying a new migrant rescue boat to replace one confiscated by Italy. Other works on show include a baby’s crib underneath a mobile made of security cameras and a reimagining of breakfast cereal character Tony the Tiger as a rug.

Framed images of his works adorn the shop walls, while a battered armchair decorated with cushions reading “life’s too short” sits in front of a fireplace.
This story was published via AFP Relaxnews.