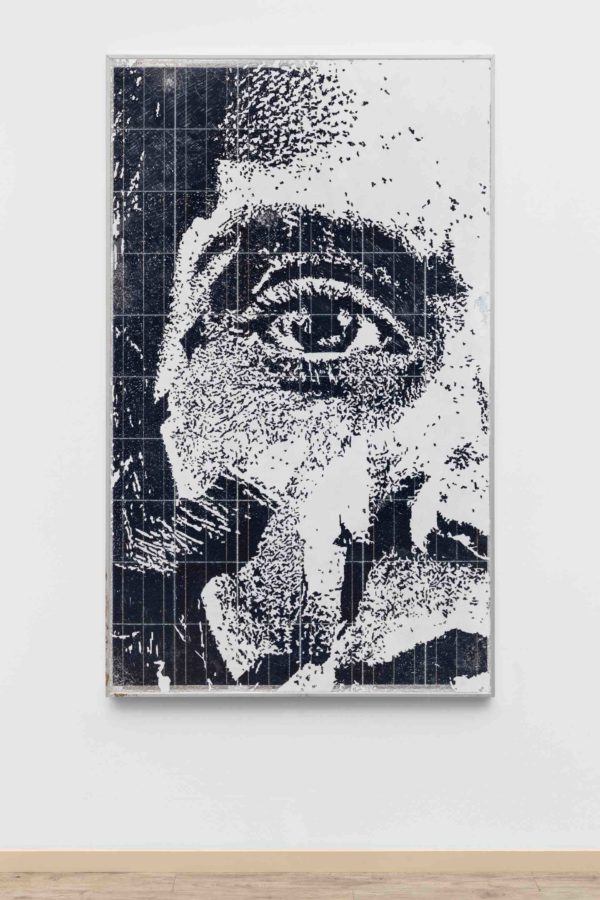 Could photovoltaic panels become a new medium for visual artists?

An initiative called “Solar Art Panel” invited international artists to paint works on solar panels in the aim of raising funds for the Little Sun Foundation.

Since its creation back in 2016 by renowned Danish-Icelandic artist Olafur Eliasson, this charity provides solar energy lamps to thousands of pupils and teachers living in Rwanda. To support Little Sun Foundation, a Lisbon gallery called Underdogs asked several artists to create works on photovoltaic panels to create the “Solar Art Panel” series. Acclaimed artists such as Bordalo II, Tamara Alves, Wasted Rita and ±MaisMenos± took part in this initiative.

Each of the artists took up the challenge in their own way, with street artist Bordalo II using plastic waste, LED bulbs and wood panels to create a multicoloured “Lighted Plastic Giraffe,” while ±MaisMenos± used spray paint and stained glass paint and varnish to create “Dualities.” These works are presented until November 13 on the Underdogs gallery website, where the unique pieces are also on sale for between 2500 and 20,000 euros.

“An artwork is never just the object; it is also the experience and its contextual impact, how it is used and enjoyed, and how it raises questions and changes ways of thinking and living. The Solar Panel Art Series does exactly that, and it is a great example of how to open up the discussion about renewable energy and the unequal distribution of energy today,” said Olafur Eliasson in a press release.

While raising funds for the Little Sun Foundation’s “Solar Kids School” program, “Solar Panel Art” raises questions about the thorny issue of recycling PV panels. While the environmental impacts of solar energy are widely known, the impact from the photovoltaic sector are far lesser known. The International Energy Agency predicts that close to 78 million tons of solar panels will have reached the end of their useful life by 2050. This phenomenon will result in the production of roughly 6 million tons of new solar e-waste per year.

While these figures seem worrying, photovoltaic sector producers throughout Europe are getting organised to limit the environmental impacts of this industry all along the production line, and especially in recycling. For instance, PV Cycle France collects and recycles old solar panels throughout France for free. Last year, this non-profit organization collected 280,000 panels that were no longer in use.