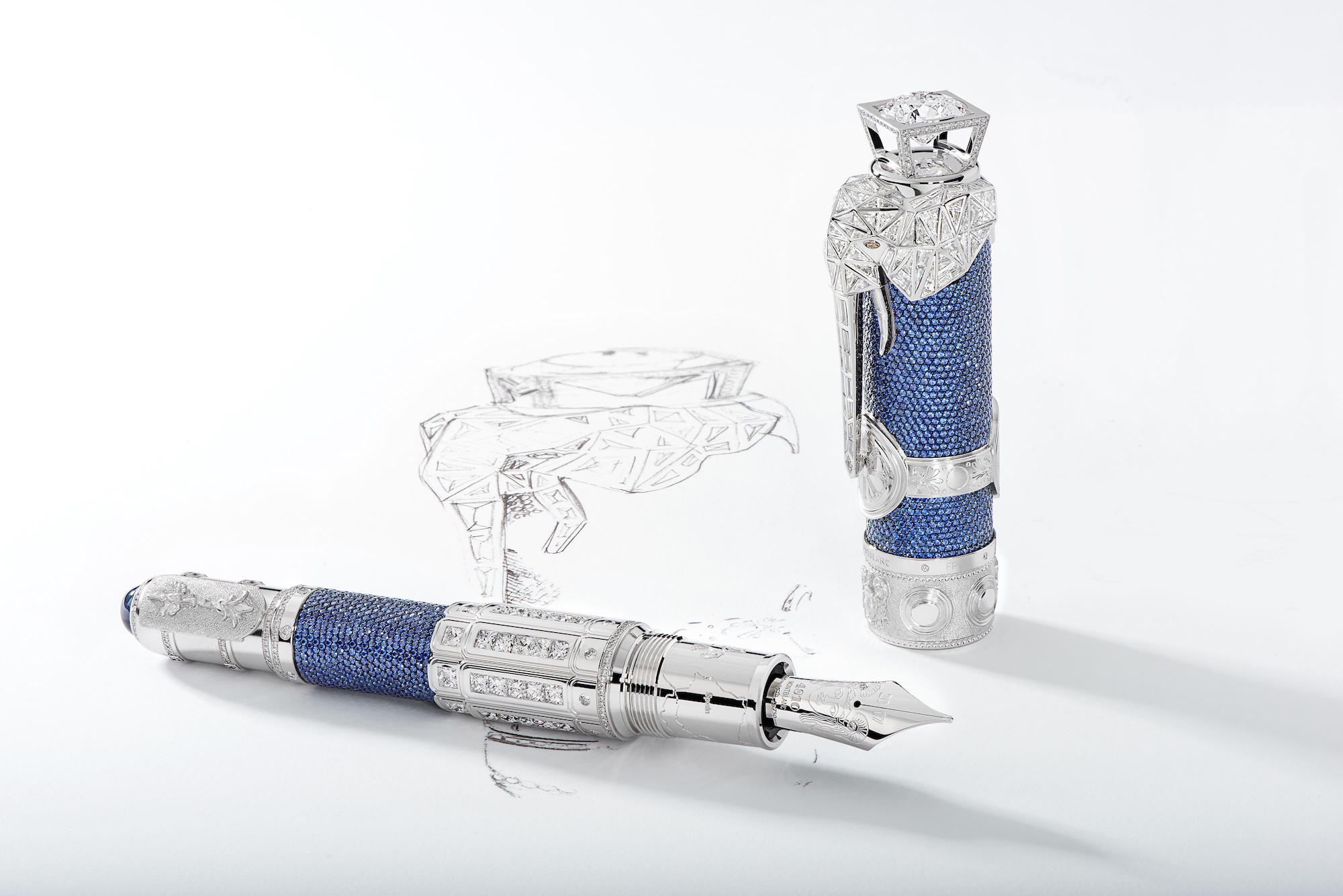 “What would you do with two million dollars?” is a question everyone has an answer to. For many, the incomprehensible amount represents grand dreams, and the ability to reach unfulfillable goals (or, y’know, pay off debts), but those who have the money within reach will often provide surprising answers.

We will take a gamble that one of said answers is a S$2.7 million Montblanc fountain pen made in honour of an ancient Punic military commander.

Montblanc’s High Artistry Homage collection has spawned a series of limited edition fountain pens since its advent. Each pen celebrates notable individuals from a variety of callings, including that of the extremely obscure. So, who is Hannibal Barca, and why does he deserve a one-of-a-kind, diamond-studded pen crafted in his name?

Say Hannibal, and most of us think of the man-eating Lecter. Barca himself was equally, realistically fearsome and intelligent, having been remembered as one of the most brilliant military strategists of all time. His impact dates way back to when Tunisia was known as Ancient Carthage, where Barca was involved in the second Punic War from 218 to 210 BC. Basically, the commander fought his way to the Pyrenees on war elephants, and won a number of battles in Italy despite being warned that elephants were not meant for crossing the mountainous Alps. Barca famously dished out the BC-edition of “screw you” to his naysaying haters by saying “I will either find a way, or make one”. The rest is history.

The pen itself is a marvel to behold, and it bears many craft signatures unique to Montblanc. It features an Au750 house-made gold nib, studded with two diamonds. There is a smooth-action piston filling season, and is incredibly balanced despite having a 6.03 karat diamond resting atop the cap.

Small details hinting towards Barca’s victory finds itself on the pen, like an engraved map of his journey during the war, the armour-esque engravings on the cone, as the elephant emblem on the cap. The entirety comes studded with more diamonds and blue sapphires, with every stone cut and set individually.

This Montblanc High Artistry pen has superseded the limits of what a writing instrument should be, bordering into both high jewellery and art. We can only imagine how satisfying it’d be to sign your name with this beauty.

For more information on the Hannibal Barca pen, visit www.montblanc.com.