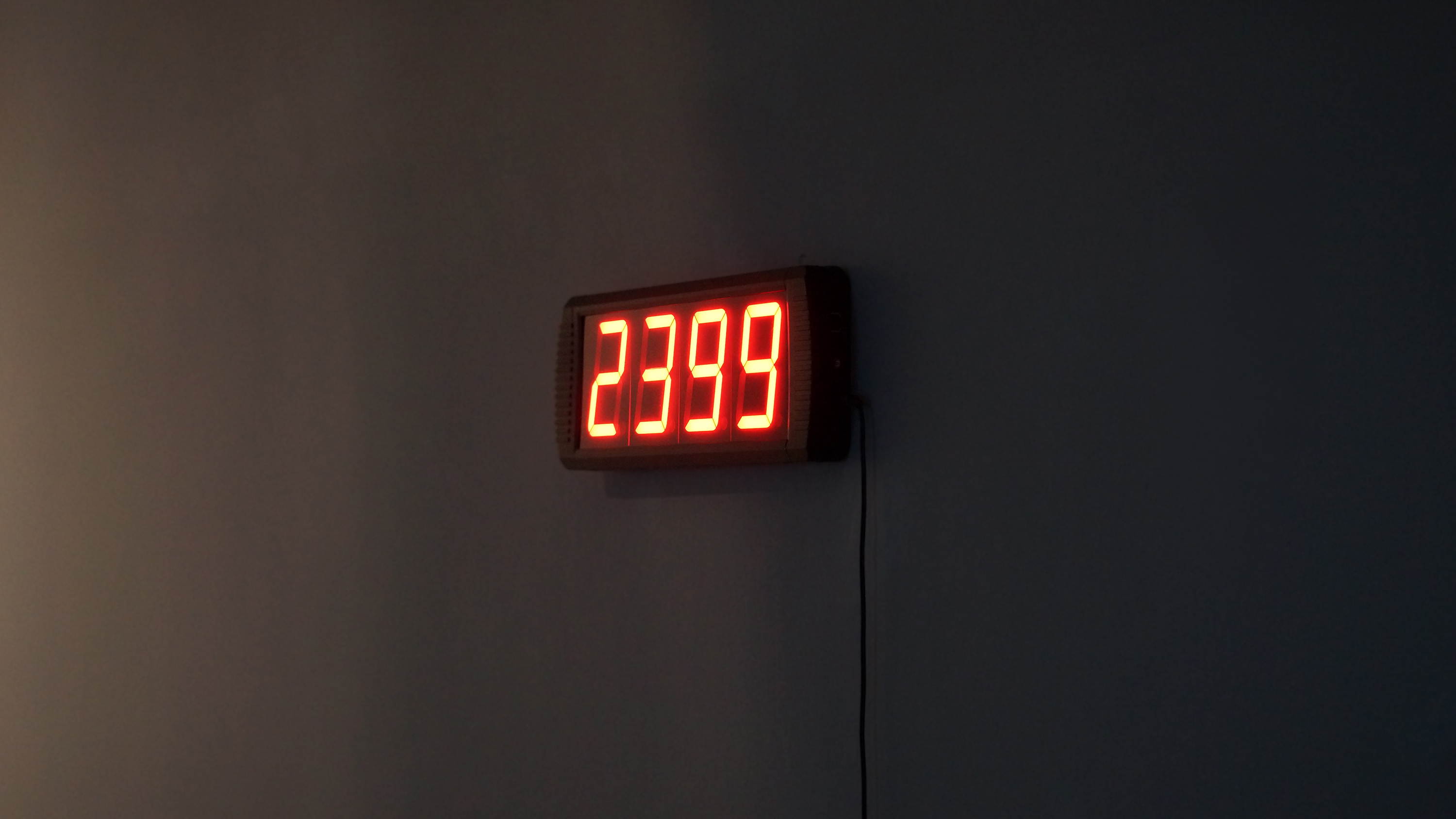 Culture
State of Art: 5 highlights at Art Stage 2017
Share this article
Next article

2017 is looking good so far, especially with the seventh edition of Art Stage Singapore slated to return to our shores from 12 to 15 January 2017. Part of the Singapore Art Week, Art Stage 2017 features 173 exhibitors from 33 countries.

This year’s instalment introduces Collectors’ Stage 2017, an exhibition curated by Enin Supriyanto in partnership with The Artling. Based on the theme Expose, the exhibition draws from the diverse private collections of six Singapore-based collectors – Hady Ang, Jim Amberson, Michael Tay and Talenia Phua Gajardo (MT Collection), Michelangelo and Lourdes Samson, Kenneth Tan and a sixth collector who wishes to remain anonymous.

To gear you up for Art Stage 2017, we have curated 5 artworks from Southeast Asian artists worth checking out this January.

Tickets are priced at S$32 and S$64 for a 1-day pass and 4-day pass respectively, excluding booking fee. 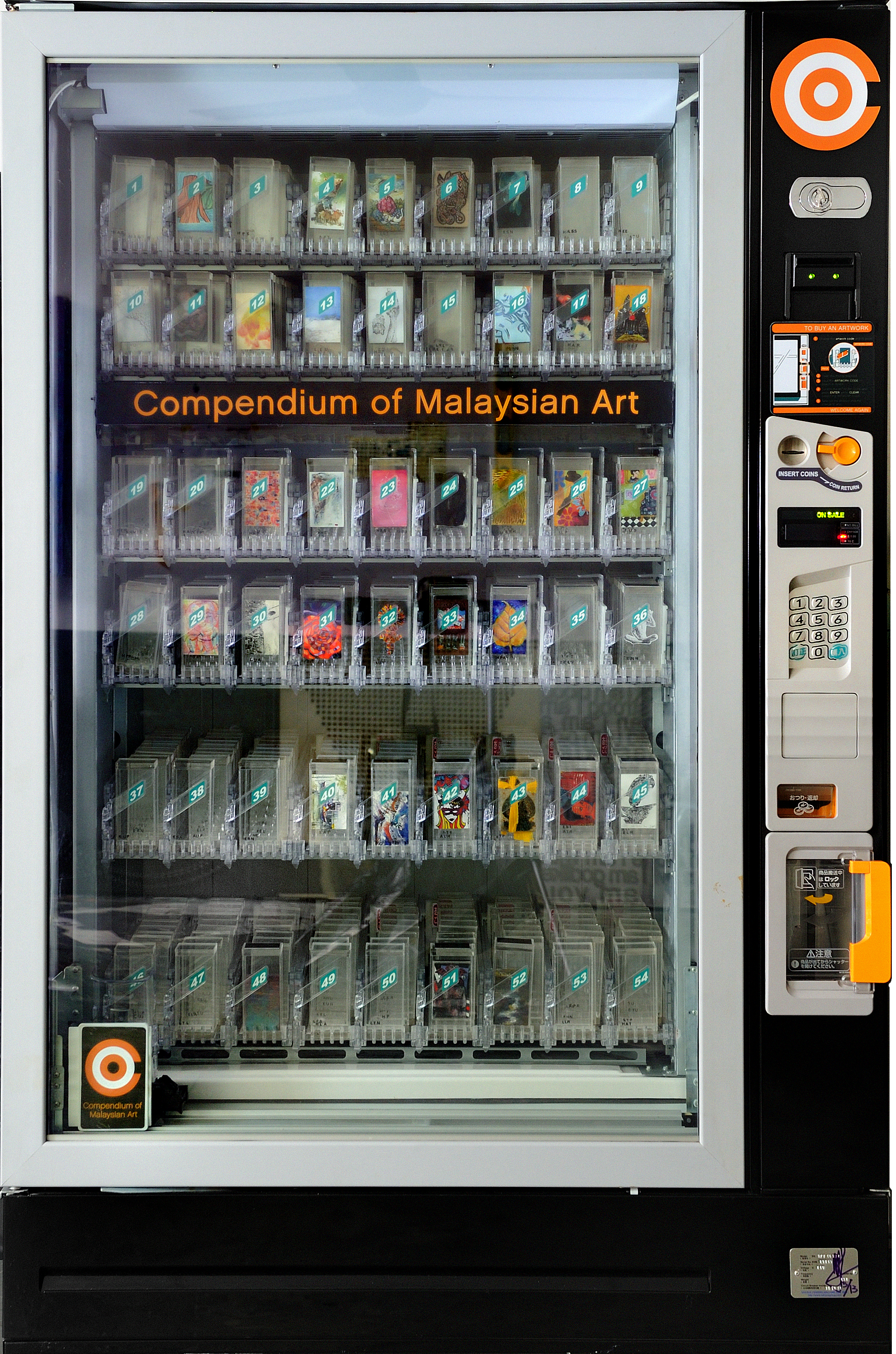 Vending Art by Malaysian artist Ivan Lam seeks to trigger questions and reflections on various issues in the industry – such as the commodification and consumption of art, the definition of ‘art’ and ‘artist’, the value of an artwork and of an artist, and the changing dynamic between artists, galleries, art fairs and buyers.

His piece involves him inviting artists in and from the Southeast Asian region to submit an original artwork in the size of a business card. For each artwork received, Lam will produce a Perspex case carrying the artist’s name, which will then be placed in a vending machine located on the fairground. 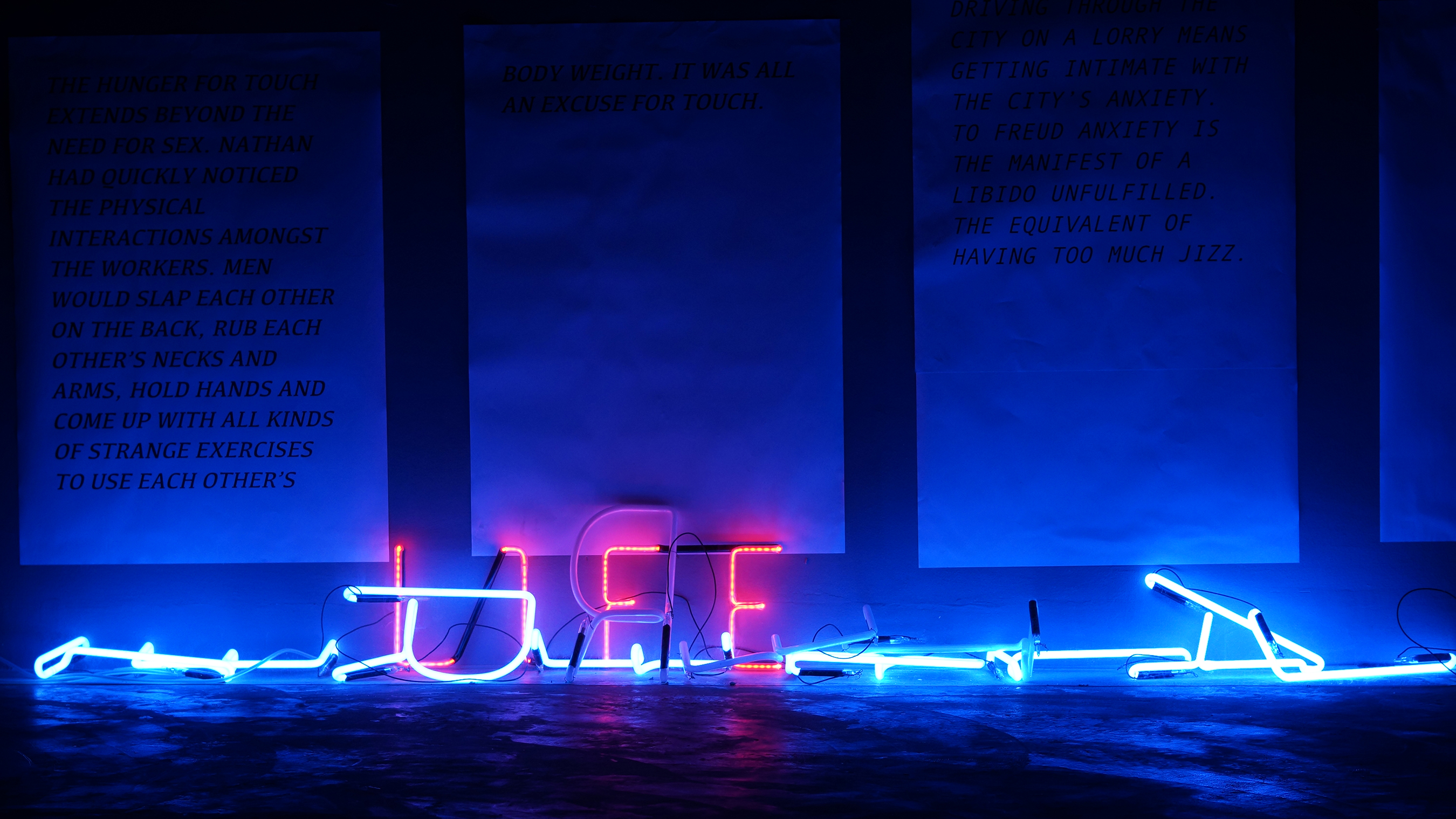 2
If Not, Accelerate, Kent Chan

Singaporean artist, filmmaker and curator Kent Chan presents his project If Not Accelerate – a project that highlights the issues surrounding migrant labour in Singapore. His work illustrates the conceptual linkages needed to excavate the historic and contemporary links between Singapore and its large migrant labour population.

Chan illustrates this through an assemblage of videos, text and sculpture that problematise the representation of migrant labour – with an attempt to unravel the city’s socioeconomic politics, anxiety and trajectory. 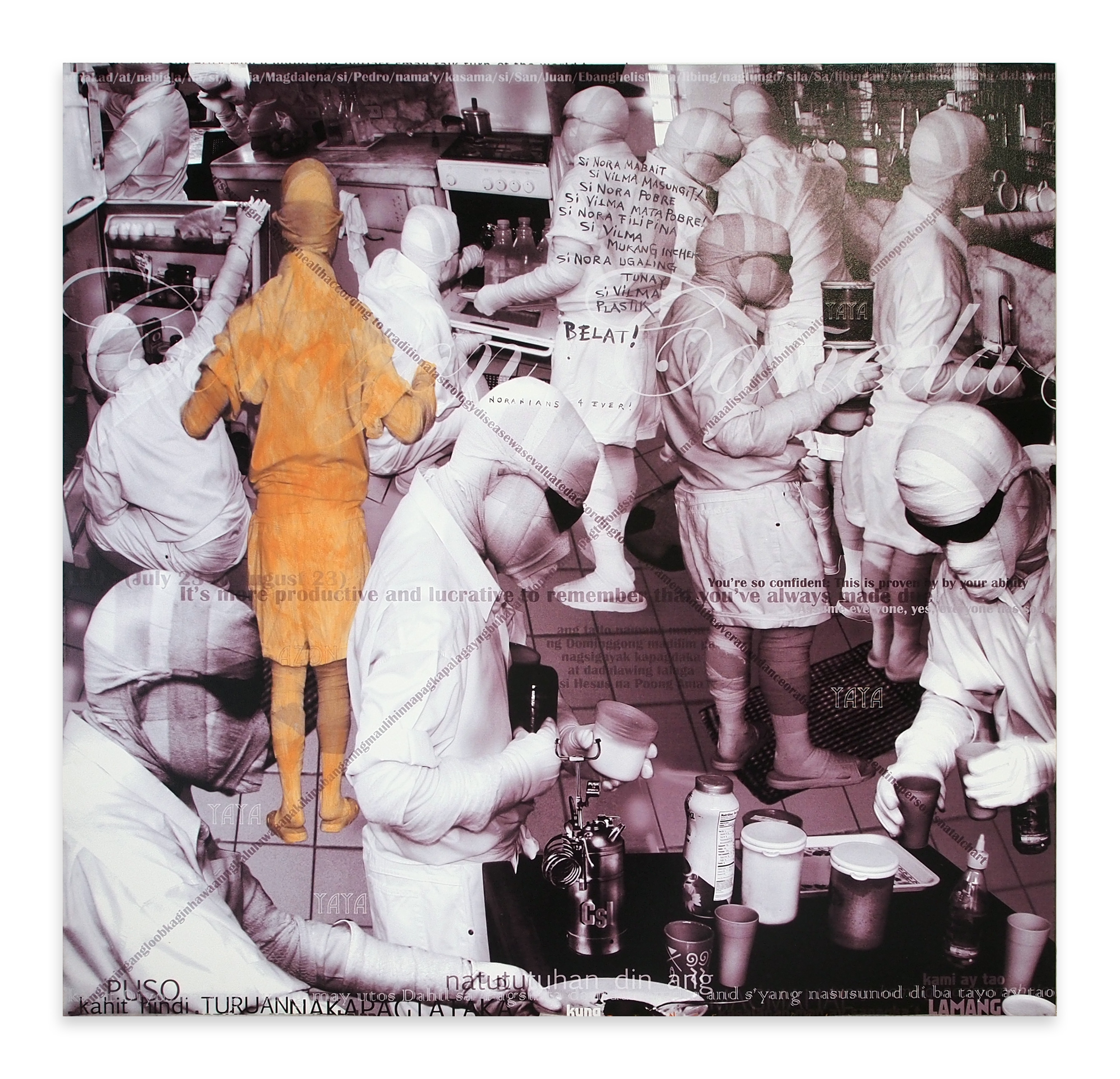 Filipino artist Jose Tence Ruiz aims to tackle the issues surrounding Filipino domestic contributing to the widespread capitalism around the world – with the helpers being the invisible force behind the world’s labour economy.

In his series CSI: Chimoy Si Imbisibol, Jose illustrates the domestic helper in the midst of doing everyday chores in various areas of the household. The figures representing the helpers are dressed in white clinical attire emphasising the divide between them and their surroundings – in turn, creating a sense of alienation. 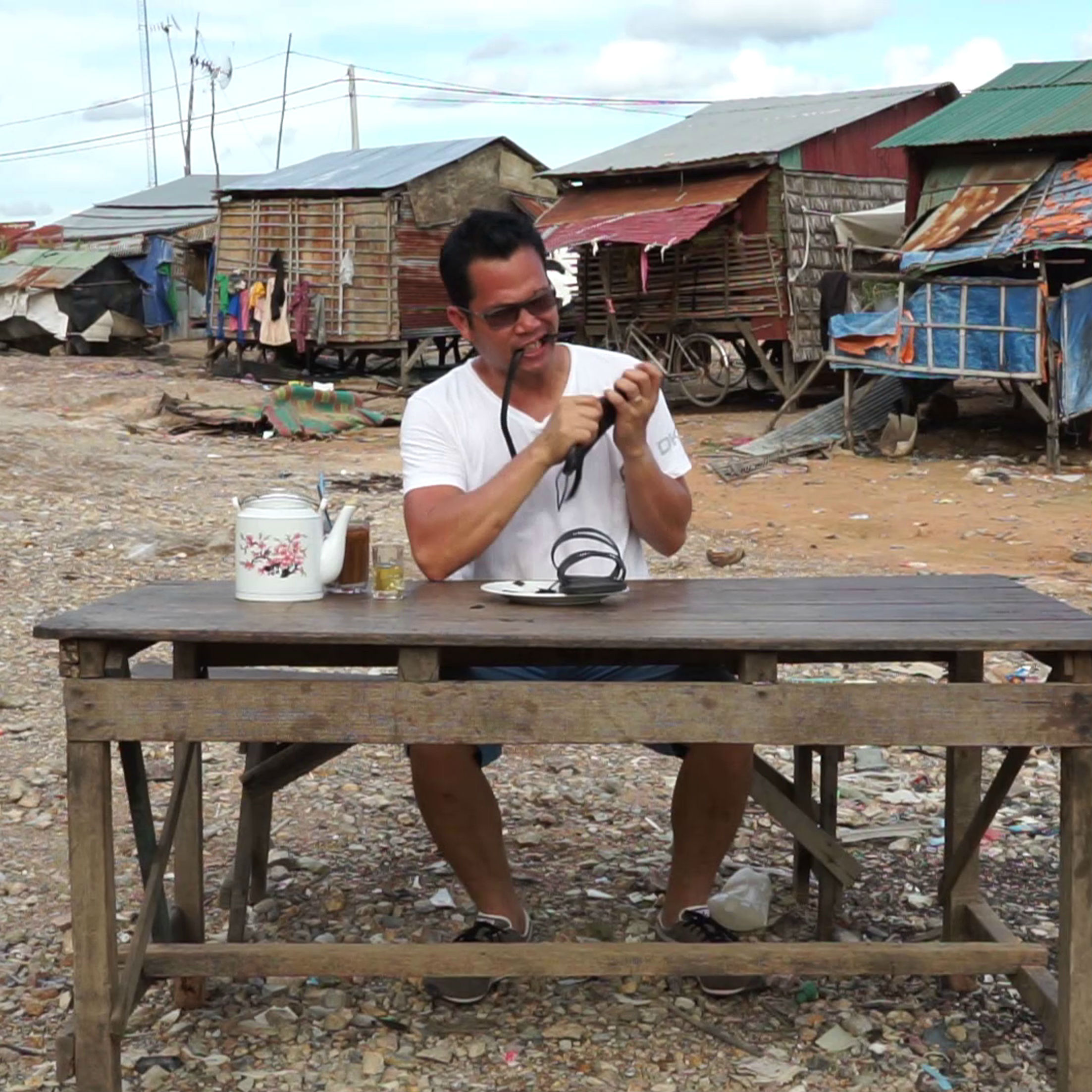 I, Svay Sareth, eat rubber sandals is a nod to two historic works – Charlie Chaplin’s 1925 The Gold Rush in which experimental fortune seekers starve enough to eat their shoes, and Jorgen Leth’s scene of Andy Warhol’s cool indifference eating a hamburger in 66 Scenes from America. Svay is filmed intensely gnawing apart his meal – a resistance to the numbing effect of Cambodia’s fast-growing consumer society and a refusal to consume political ideologies that continue to stunt Cambodia’s growth. 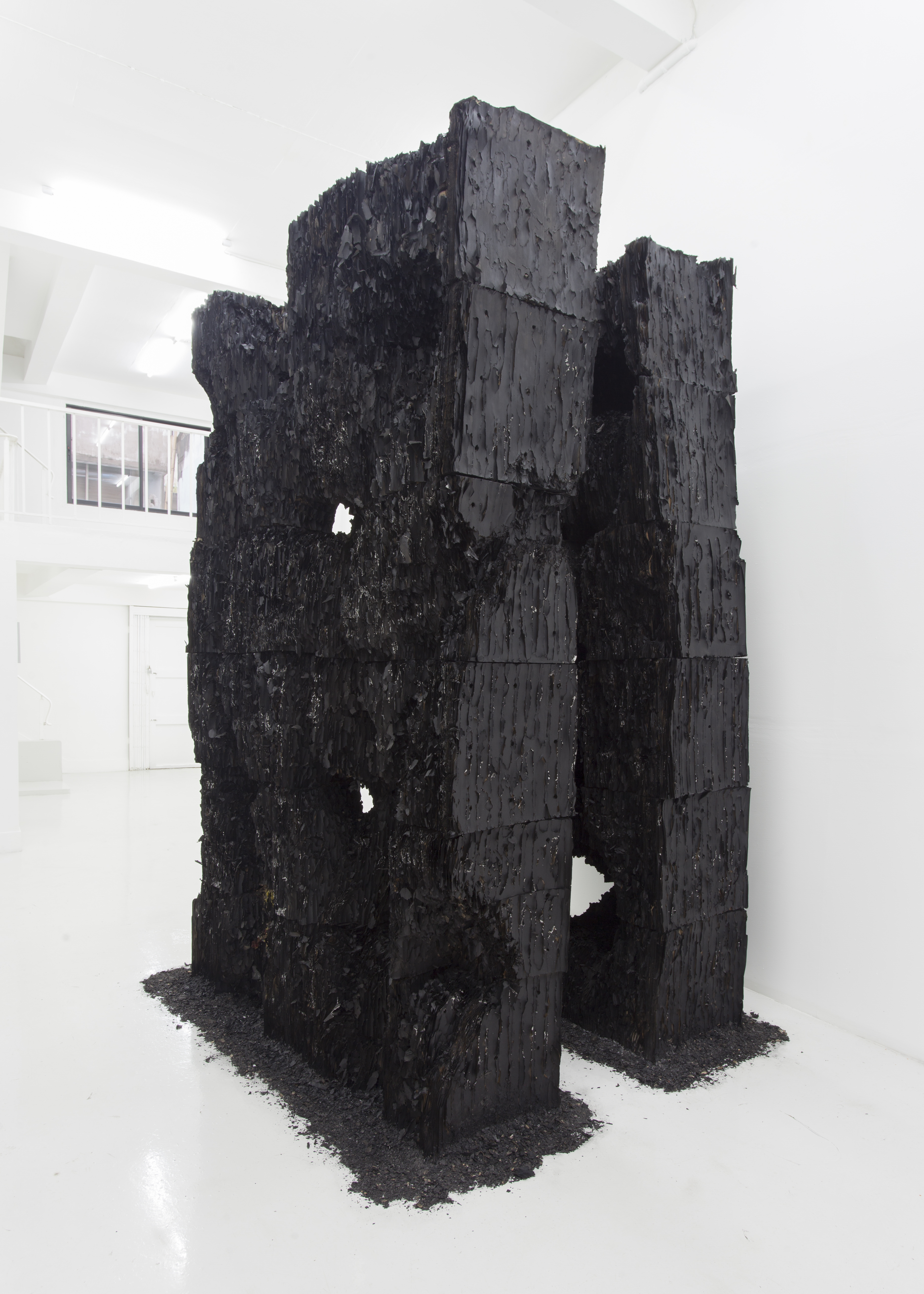 A collaboration between New-Territories, M4 and RMIT brings Liminal – a re-imagine telling based on Greek mythology. Liminal alludes to the advertising and selling of false dreams to feed the timeless and universal human condition of greed – and a tendency to excess and destruction.

10 most influential Asian contemporary artists you need to know