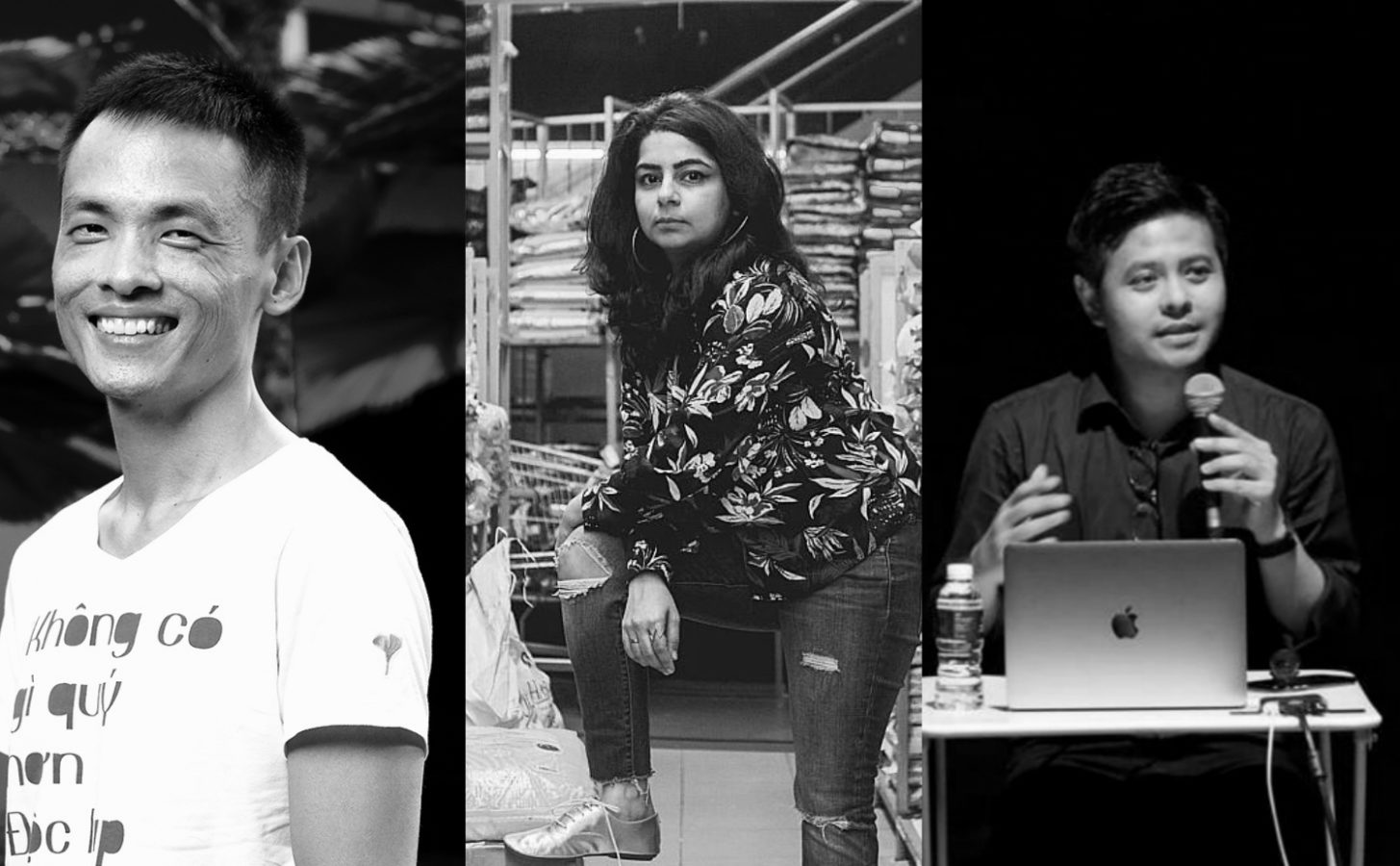 Culture
Must we define Singapore’s literary voice for it to be recognised? Local authors pitch in
Share this article
Next article

Something within the Singaporean psyche is conditioned to believe that the literature we produce is of lesser value than that from foreign lands.

As much as those of us invested in Singaporean writing and its creators want to challenge the statement, it is a truth locally acknowledged that the main body of our reading population is not as heavily vested in Sing Lit as those who propagate it would like. People who have never read works from a local writer cite reasons of disinterest, lack of exposure or the dated mindset of “how can Singaporean art be good” to justify this unfamiliarity.

Against this deluge, Singapore’s literary scene has managed to acquire a new vibrancy, supported by a rise in fresh voices and texts entering the industry. These are bolstered by the local bookstores, publishers and festivals that promote Sing Lit, such as the Singapore Writers Festival and #BuySingLit. Outside of this saturation, Singaporean names bagging prolific literary awards on a global stage also cements that our voice is something that should be listened to, especially on home ground, and not just by a niche.

So begins the chicken-and-egg situation that could, perhaps, be addressed by the question of definition. Every national body of literature has shaped itself at some point in history with a cohesive identity, so perhaps our humble chorus of voices need the same in order to be recognised both in and outside of the country. Or perhaps, this assumption is as reductive and as pointless as they come, and that we ought to foster fluidity instead, given that Singapore is built on blocks of a seeming diversity. In order to help us tackle the Big Question that is “what is Singaporean Literature and does it need to be defined?”, we are going straight to the source: Singapore’s writers.

From the multi-award-winning household names to the debut voices spanning, local authors that span a spectrum of literary modes and genres, here is Sing Lit in the eyes of the folks that have built the category today.

You might also like…
Culture
The Singapore Spotlight: Pooja Nansi on our blossoming literary scene
Culture
LSA Loves: The Moon is not just a bookstore, it is the safe space we need

“What is interesting about Singapore is that for such a small country and a small population, we also have the most number of official languages in ASEAN, so this is already makes Sing Lit something that is diverse by default. It is possible to have a national literature that we don’t necessarily associate with the ‘nation’, meaning conservative, homogenising, assimilationist, etc. I don’t think it is necessary for a country to define its literary voice [to cater to a global market]. Sometimes, this market is more often than not for a specific Anglo-American appetite, reflecting local preferences and prejudices.”

“Aside from their ‘Singaporean-ness’, it would be difficult to pin down one characteristic [that labels Sing Lit]” — Jing Jing Lee

“Aside from their “Singaporean-ness” — there is such a plurality of experiences among Singaporean writers or writers about Singapore that it would be difficult to pin down one unifying characteristic that doesn’t unwittingly exclude at least one person’s work.

We are steadily achieving an international presence. There is also something to be said about not perpetually comparing ourselves to other countries. I believe the material will speak for itself.”

“Is it necessary to have a concrete definition of what [Sing Lit is]? No.” — Clara Chow

“I define Singapore literature as any text written by anyone who has a deep and abiding relationship with Singapore. Is it necessary to have a concrete definition of what should go into this category? No. Is it necessary to have a relationship with it? Yes, but it also up to you what sort of relationship you want with it. You could have a distant, wary one, constantly comparing it to other types of entertainment, from other lands. Or you could have a thoughtful, curious one, in which you’re interested in what your neighbours and fellow citizens are thinking and feeling.”

“Authors in Singapore are not afraid to write about what they believe in.” — KTM Iqbal

“What best describes Sing Lit is openness and broadmindedness. Authors are not afraid to write about what they believe in, including those related to unusual or sensitive topics. We provide new perspectives that shine a light on social issues, allowing readers to look at things with fresh eyes.

When I first started writing in 1957, the literary arts scene was still nascent. Compared to the past, our local Tamil literature has developed to a great extent. I feel an immense sense of pride when writing in Tamil, which is one of our official languages other than the omnipresent English language. [This] will broaden and contribute to Sing Lit because producing any content is vital for our literary diversity.”

“We are seeing more novels coming out in Singapore and there is greater diversity in terms of the narratives that they present and the genres that they are presented in. I feel that we are also seeing more voices emerging from the margins—migrants, racial and religious minorities, members from different gender identities. They are also actively engaging with and questioning the present state of society and its governing policies and principles, presenting alternatives and projecting into futures; basically creating spaces for a range of groups and individuals. Let’s just say it is getting wonderfully vibrant and colourful.”

“There is no “unifying characteristic” to literature from anywhere.” — Pooja Nansi

“Sing Lit isn’t any one thing or one movement. There are many new voices coming in and voices dropping out across genres. There is also no “unifying characteristic” to literature from anywhere. That is the beauty of art. Who even gets to decide if a work of writing is “valid”? I think we are asking the wrong questions about the role of literature here. I don’t think being internationally published has any connection to your actual ability to write or how well you have mastered your craft. I think what we should be asking is why doesn’t our literature matter to us until it matters to others.”

“The larger question is whether it’s even important to aspire towards this international presence.” — Desmond Kon

“Huge countries like China, Japan and India may boast of esteemed literary giants that are read and recognized in different parts of the world. These are countries with long histories, their rich cultures offering such vast and boundless reserves for artistic imagination and creation. Singapore has always surprised despite our impossible beginnings. Our short history has already manifested cultural newness, a testament to the beautiful ways in which humanness may find expression. Our by-now-famous cultural admixture, a beautiful potpourri really, offers something intriguing for artists. That sort of conflation, clutter, hybridity, pastiche, tangle, disarray, miscellany, mélange—whatever one may call it—does have great cultural importance and relevance.

I think the more our work gets published or distributed overseas, the more our voices may get that airing and reach. Whether there is a ready and interested audience for Sing Lit out there is a big question. The larger question is whether it’s even important to aspire towards this international presence. We probably need to interrogate why we may harbour such desire or ambition, and how important such a drive is in the larger scheme of things.”

If the definition of “literary voice” is only to serve the needs of an external perspective, well, this is just another form of prostitution.” — Cyril Wong

“Nationality means nothing to me. There’s more to life than how politics and culture shape and narrow our brains, encouraging us to thrive interminably in discursive modes of division and conflict. Nothing beyond references to certain historical developments, social tensions, different localities and linguistic quirks [diffrentiates Sing Lit from other global literatures]. A short story by a Singaporean can have fairies in it and this doesn’t necessarily make the writing Singaporean. A non-Singaporean can write a poem about the Changi Airport and it can be the most Singaporean poem one has ever read. It all depends on your politics or what your agenda is as a reader. [Ultimately] the writing should first satisfy the demands of the community it arises from. If the definition of “literary voice” is only to serve the needs of an external perspective, well, this is just another form of prostitution.”

Culture Books singaporean literature sing lit
Beatrice Bowers
Features Editor
Beatrice Bowers writes about beauty, drinks, and other nice things. When not bound to her keyboard, she moonlights as a Niffler for novels and can be found en route to bankruptcy at your nearest bookstore. Don't tell her boss.
Drinks Beauty