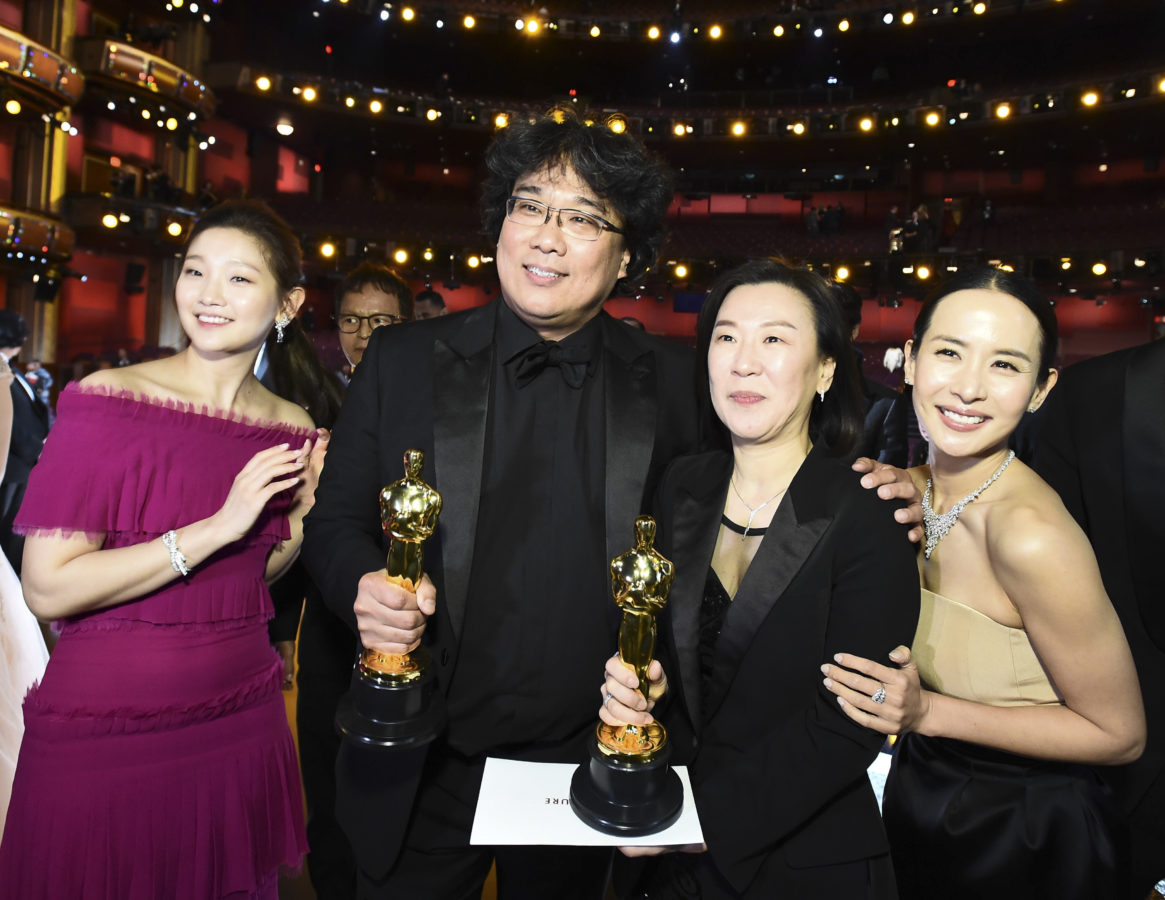 “The Oscars are not an international film festival. They’re very local.”

Fast forward to the Oscars, Parasite bagged four awards — including Best Picture, marking an incredible moment for Asian cinema. Don’t get me wrong, I was absolutely psyched about the win. When I saw clips, I teared a little because I was bursting with pride at Asian representation and what this would mean for all the aspiring directors and cinematographers in my life.

Yet, at this point, I realised something: Why is what I considered representation benchmarked against what is indisputably Western (or at least, American) standards? For Asian artists, is being famous in America even relevant?

“[Can you tell me what is] the best part about being famous in America?” This was the question posed by a Variety reporter to Bong Joon Ho and the main cast of Parasite as they walked the red carpet. My face was a loop of the Chrissy Teigen gif as the cast struggled to understand the question even after it was translated. They responded in a series of “whats”, until Song Kang Ho, one of the members from the main cast, eventually replied with “I like the free food.”

This therein highlights an innate problem with the Oscars and other award shows of the same scale — films which are not made in English are naturally disadvantaged, often relegated to what is considered foreign, and usually only has the opportunity to feature in the ‘Best Foreign Film’ category.

Granted, it is significant that the Oscars made the switch from Foreign Language Film category to International Feature Film this year, belatedly in recognition that foreign is but a relative concept, and filmmaking transcends the notion of what is local and what is not.

Despite its significance, the award still represents being held to American cultural preference and viewing Hollywood success as the truest form of recognition. The cultural hegemony of the United States came about when the country emerged victorious from the Second World War as the dominant economic, political and technological force.  From this, forms of soft power weren’t far behind and soon American norms, values and cultural practices were considered desirable and trendy against the rest of the world.

The mass exportation of American films and media in that period of time shaped the foundation in which American cultural values were publicised and popularised. It formed a global economy and created markets of consumption for American cultural products from movies to music — with glamorous award ceremonies to boot. That said, Asia certainly isn’t lacking in our own forms of film recognition. Take for instance the Golden Horse Awards in Taiwan, the National Film Awards in India and the Grand Bell Awards in Korea, just to name a few.

In fact, even before Oscars night, Parasite had already amassed all the accomplishments that mattered, it really didn’t need an Oscar. Palme d’Or, the highest prize awarded at the Cannes Film Festival? Been there, done that. The film resonated deeply with audiences in South Korea, as well as viewers around the world with its universal nod to class divide.

There’s no way to tell if Bong shares the same sentiments, but in pictures after the ceremony, he made his trophy statuettes kiss as though they were a bunch of toy figures in front of the media. Was he savouring the moment for both its significance and its ridiculousness? This man clearly doesn’t need four Oscars to prove anything to the world.

Parasite’s win is a huge step for other foreign films out there, and a huge conviction to the many talented foreign filmakers out there who deserve more recognition, but make no mistake —  the fabricated glory that the Oscars signify to Asian cinema is not approval that we need.

Hollywood Academy Awards Opinion Oscars Parasite
Jocelyn Tan
Writer
Jocelyn Tan is a travel and design writer. She's probably indulging in serial killer podcasts or reading one too many books on East Asian history. When she actually gets to travel, you can find her attempting to stuff her entire wardrobe into her luggage. Yes, she's a chronic over-packer.
Travel Design

Culture
6 Asian films on Netflix to binge-watch this weekend
Gear
Sandra Lee on how technology breathes life into her entrepreneurship journey
Style
Cherry Discotheque’s merch line defines cool ways to pay it forward during COVID-19
Style
Miu Miu gives vintage fashion a stamp of approval in its #MiuMe campaign
Food & Drink
7 best self-tanners to get a beach-bronzed glow at home
Gear
Porsche unveils its eighth-generation 911 Targa just in time for summer
Style
How your luxury shopping experience will change after the Circuit Breaker
Style
Breitling revives the limited edition Superocean Heritage ’57 in support of healthcare workers
Travel
The UK to revise its international travel restrictions from June 2020
Sign up for our newsletters to have the latest stories delivered straight to your inbox every week.