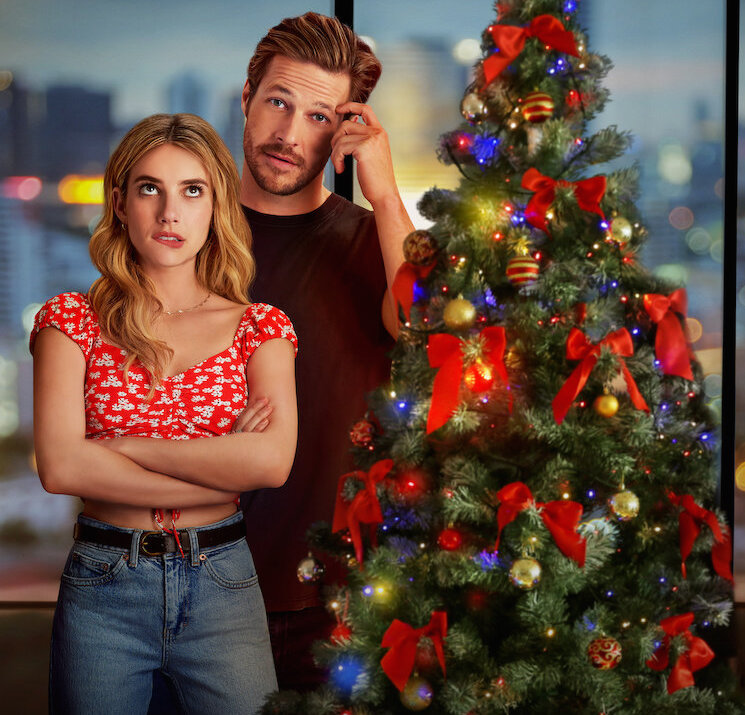 We all know that December marks the beginning of the festive season and what better way to bring in the festivities than a holiday binge-fest which includes classics, kiddy movies and laugh-a-thons. For a low-key yet enjoyable festive delight at home this season, check out these 15 movies from our favourite OTT platforms that give holidays at home a new meaning.

This story follows the journey of an eccentric toymaker and his granddaughter. The two embark on a journey to find the toymakers’ prized possession, which was stolen from him by his apprentice. Still heartbroken after the death of his wife, it’s his granddaughter who helps him get back on track. The musical stars Phylicia Rashad and Forest Whitaker with music written by John Legend. With its catchy tunes and eye-grabbing costumes, the musical will keep you entertained.

Three very different love stories that you will fall in love with. A jaded high school senior falls in love with a musician who happens to be passing through town, while at the same time, two childhood best friends finally realise their true feelings for each other. The movies not over yet, a queer teen finds herself falling in love with a popular cheerleader who although returns her feelings, is still scared of coming out. This movie will make you root for love.

A rom-com with a twist. This movie is perfect if you want to experience a few hours of escapism. No one likes to be alone on the holidays and this movie helps you find the perfect solution. Sloane and Jackson decide to date each other only on holidays with no strings attached. Through the course of the film, you get to watch them fall in love and change for each other. While this is a romantic movie, it has its moments that will have you laughing and smiling super wide.

This anime will make you believe in Santa Claus all over again. This extremely detailed hand-drawn animation is the origin story of Santa Claus that we have all been waiting for. The storyline follows a postman who has been dispatched to a remote island. There he happens to meet a grumpy old fellow with a storeroom full of toys. This old grump is convinced to distribute the toys among children for the sole purpose of goodwill. This movie will capture you through its acts of pure selflessness.

After a bad breakup, a night filled with too much wine, and a strong Wi-Fi connection, Gabriela finds herself the owner of a B&B. Post an accidental entry in a “Win an Inn” contest, Gabriela takes a flight down to New Zealand to check out this new inn she is now the owner of. She decides that once the inn is up and running, she would return to her regular life in the States. But her partnership with Jake the contractor cause sparks to fly and Gabriela finds herself questioning her decisions. You will find moments where you relate to Gabriela and her struggles.

This drama-comedy will keep you intrigued and laughing all in a couple of hours. The movie follows April, a young dancer trying to make her mark on Broadway. After a disastrous audition, April finds herself returning to her hometown where her love for dance began. She is coerced to train young dancers, with whom she inevitably falls in love. Her passion for dance and her disciple is what will keep you hooked!

The Knight Before Christmas

After being banished to present-day Christmas by a wicked witch, a medieval Knight encounters a science teacher. This teacher helps him adjust to the modern world and through the course of their interaction, the knight finds himself falling in love with her. So, you find yourself on the edge of your seat wondering: will he go back? Or will he stay?

The Dr.Seuss book turned film, is a Christmas classic. The film revolves around Grinch, who lives on the outskirts of the town and despise all the townsfolk. While Cindy Lou, a 6-year-old child, who believes in the spirit of Christmas is all set to reform his mindset. You will find yourself caught up in the infectious joy that comes with Christmas.

This classic is the story of a young boy, who boards a train headed for the North Pole on Christmas Eve in hopes of finding Santa Claus. This movie is somewhat a coming of age film, which marks the journey of a young doubtful boy, who realizes that the wonders of life never fade for those who believe. This film will have you believing in things you may have forgotten about.

The Pursuit of Happiness

This film highlights the struggles of life. Single father, Chris finds himself with no home, no income, and a son to take care of. The two endure hardships together, from living in the bathroom stalls to shuffling from shelter to shelter. But despite the hardships, Chris struggles to provide a better life for his son. They find ways to remain positive in the most dreadful situations. The movie makes you believe in hope and the love shared within a family. Trust me when I say, there won’t be a dry eye in the room.

A med-school dropout Wallace has had several failed some even disastrous relation. He stops believing in love until he finds his “one”. But unfortunately for him, she’s taken. But he befriends her and soon their friendship turns into something more. You will find yourself falling in love with them through their meetings and adventures.

A spiteful and miserly man, who hates the spirit of Christmas finds himself encountering three spirits on Christmas Eve. These very spirits help him discover where he’s gone wrong, and what he’s doing wrong. From not wanting to give to charity to being rude to his nephew, these Christmas spirits help him become a better man. You will find yourself hating Ebenezer Scrooge at the beginning of the film, but as it continues your heart will soften for him.

An uptight police officer is all set for his big break. By leaving his sleepy small town, Scott is ready to move to the big city. When his friend is killed, Scott inherits his dog, Hooch. A nuisance he didn’t want. But soon Scott realizes that it is Hooch who can help him solve the murder of his friend. This film highlights the special relationship between an animal and its owner.

Although this series is recognised as a children’s classic it’s perfect for all ages. No matter how old you get, you want to know what the gang has been up to. Follow Sid’s journey to the North Pole while he tries to make up for the mistake he made by destroying Manny’s valuable Christmas rock. While Sid had the right intentions, everything seems to be going all wrong for him. You will find yourself wanting to know if Sid is able to redeem himself.

An old film but most definitely one of the best childhood classics that will always have a special place in our hearts. With its new animations, we follow Simba’s journey to reclaim his throne fight for his people and avenge his father’s death. The Lion King still has some valuable lessons to teach us. No matter how old you get, you will find yourself singing along to Hakuna Matata.

All images: Courtesy movies. This story was first published on Lifestyle Asia India.