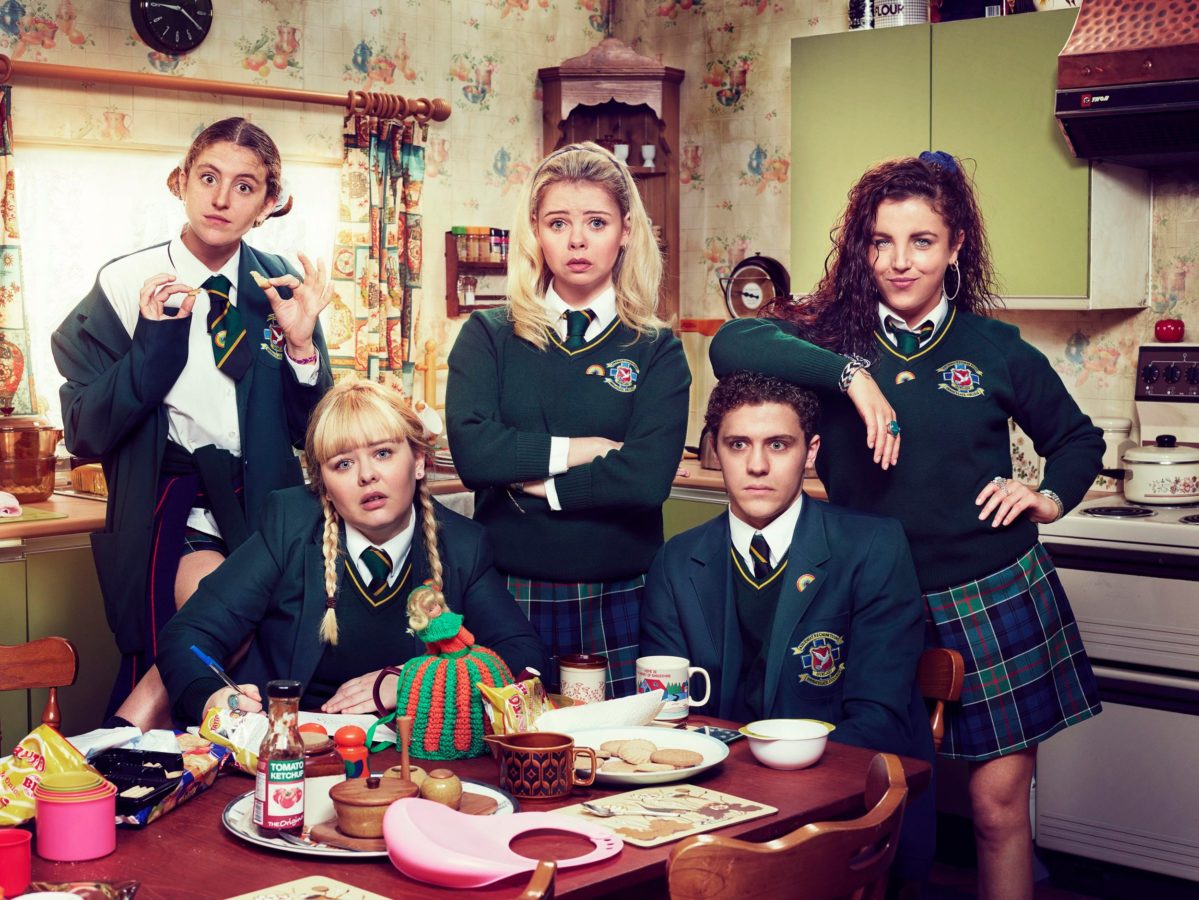 We might not have the good fortune of streaming The Office or Parks and Recreation here, but there’s still plenty of comedic gold to be found within the other Netflix sitcoms that are available.

Heaven knows we could use a laugh right about now, especially after being cooped up at home for almost two months with little entertainment other than watching your house plants grow.

Unlike the burdensome storylines in television dramas, sitcoms make for an easy afternoon or after-work binge. The episodes are short, the characters are annoying but lovable, and the punch lines are snappier than a feisty sea turtle. Besides, for anyone stranded alone at home right now, watching a dysfunctional family or group of friends navigate day-to-day life can be a heartwarming consolation that you too will soon be reunited with your own.

These best Netflix sitcoms promise plenty of laughs (and some tears), but what we’re most certain of is that they’re all good company — exactly what we need today. 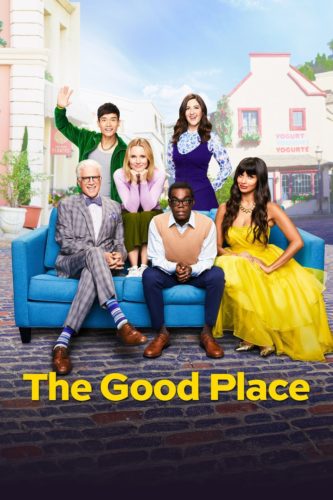 Ever wondered what heaven looked like? The Good Place follows Eleanor Shellstrop (Kristen Bell) who finds herself in heaven despite living a sinful life, thanks to an error in the “system”. In this highly selective utopia that Good Place Architect Michael (Ted Danson) designed, Eleanor must hide her moral inadequacies while trying to become a better and more ethical person before getting caught.

She attempts to navigate her way around her bizarre afterlife with a little help from four friends — we’re talking a righteous nerd, a doofus, a socialite, and an extradimensional assistant — only to be confronted by a terrifying truth about the predicament she’s in.

The show has hilarious bits that’ll leave you in tears, but it’s also a digestible exploration of ethics, and philosophy, and the taboo topic of death. 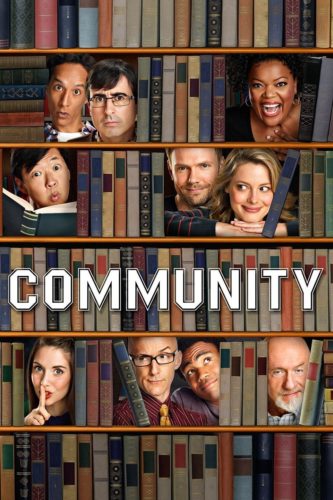 Despite having its own rabid cult fanbase, Community never really took off when it was initially aired from 2009 to 2014 on NBC, mostly because it was perpetually scheduled against mega-hit The Big Bang Theory.

Still, the show has been a gem throughout all six seasons, as creator Dan Harmon (of Rick and Morty fame) comes up with oddball riffs on pop culture and sitcom tropes. It follows suspended lawyer and narcissist Jeff Winger (Joel McHale), who’s forced to enrol in a community college after falsely claiming to have a bachelor’s degree. He then forms a study group with an eclectic bunch, and plenty of adventures ensue. Expect stop-motion and Muppet-style specials, Dungeons & Dragons-themed episodes, and action movie parodies, played by a star-studded cast that includes Alison Brie, Ken Jeong and Donald Glover. 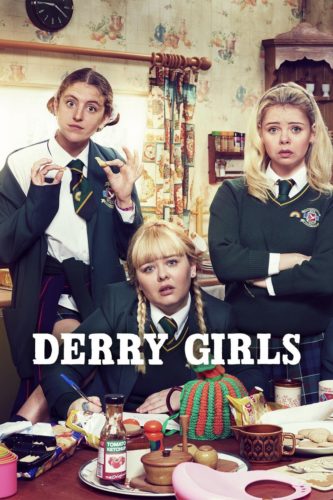 Set in Derry, Nothern Ireland in the 1990s, this coming-of-age sitcom follows four Catholic teens and a “wee English fella” as they navigate teenage life around the seemingly quiet but eventful border city. While most Northern Irish stories touching on the Troubles tend to have a grimness veiled over them, this series is a fizzy antidote with plenty of sass.

Much of the humour comes from the bizarre situations that Erin (Saoirse-Monica Jackson) and the gang find themselves in — from setting a local chip shop on fire to spending a weekend with boys from a Protestant school — but it’s their lightning-quick wittiness that’s the star of the show. The strong accent can be a overwhelming for the uninitiated, but you’ll learn a whole new vernacular of Irish slang by the time you’re done with both seasons. 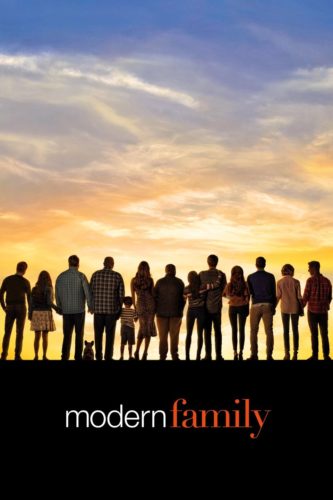 As dysfunctional as the Pritchett-Dunphy clan is in this mockumentary sitcom, it’s hard to not fall in love as they try to deal with kids, quirky spouses and careers in their own unique ways.

Of course, this often lands the three modern-day families in hilarious situations. Set in suburban Los Angeles, the show addresses changing social norms while being remarkably relatable — from using Gloria’s (Sofía Vergara) dodgy Columbian background as a comic trigger to Cam and Mitchell’s (Eric Stonestreet and Jesse Tyler Ferguson) struggles of adopting a girl into a same-sex marriage.

Even after 11 seasons, Modern Family still has plenty of charm to burn, with a uniformly excellent cast that delivers punch lines and emotional moments effortlessly. 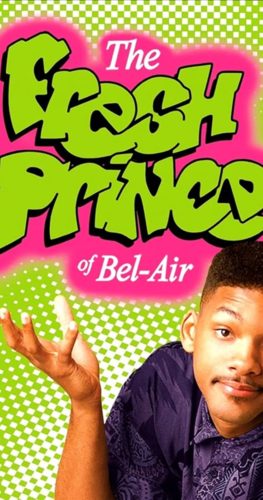 Like its theme song suggests, this is truly a story about how Will Smith’s life “got flipped, turned upside down”. Playing a fictionalised version of himself, Will is a street-smart teen from West Philadelphia who was sent away from the dangerous hood to live with his wealthy uncle and family in their Bel Air mansion.

Will’s working class background ends up clashing with the upper class world of the Banks family in various humorous ways, but his effortless charm and charisma gets him out of every socially precarious situation he finds himself in. Notable guest stars (there are many) of the show include Naomi Campbell, Tom Jones, Oprah, and even Donald Trump. If anything, this show propelled Will to become the Hollywood superstar he’s known as today. 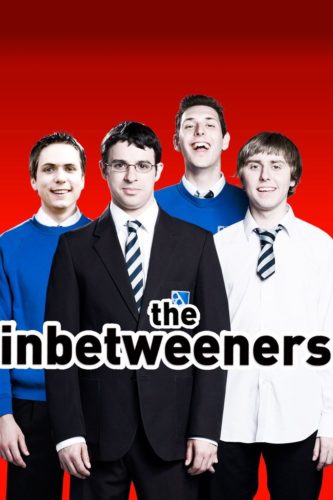 This coming-of-age series follows four English lads as they try — and fail spectacularly — to stay afloat in the cut-throat world of suburban school. Narrated by goody-two-shoes Will (Simon Bird), who ends up making bog-standard friends in his new environment while trying to fit in, this purile tale of sixth-formers comprises of superb adolescence anecdotes, from antagonistic male bonding to romantic rejection.

There’s plenty of slapstick comedy in this one, but it’s also met by intelligent and brilliantly sarcastic British humour. Stand-up comedian and actor Greg Davies also fills the role of a misanthropic and authoritarian teacher with a particular hatred for Will. The success of this award-winning sitcom has spawned two movies since, so the binge doesn’t end once you’re done with all three seasons. 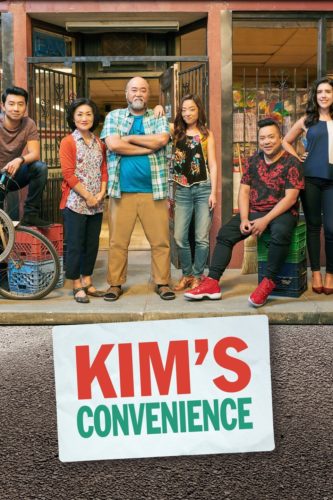 Yes, the show — with all its theatrically-accented English and obvious archetypes — can be cringingly corny at first, but sit through the first few episodes and these give way to a light-hearted chronicle of the day-to-day micro-dramas encountered by the Kim family.

Set in Canada, the Korean immigrant family runs a corner grocery store led by a blustery Mr. Kim (Paul Sun-Hyung Lee), whom between profiling his customers according to gender, shoe colour and everything in between, is a cheerful dad with often innocent but hilarious punchlines. He and his subtly sardonic wife raises a rebellious son and dutiful daughter, both of whom struggle to juggle Korean culture with the western environment they were raised in. 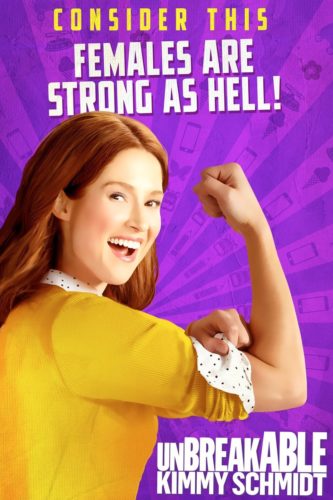 Tina Fey and Robert Carlock’s dark Netflix comedy follows an Indiana woman, Kimmy (Ellie Kemper), after she was rescued from an underground bunker 15 years after the leader of a doomsday cult convinces her and three other girls that the apocalypse has arrived.

The resilient and over-positive Kimmy — detached from the modern world — then travels to New York City in pursuit of a new beginning. She ends up becoming a nanny for an eccentric socialite while tackling her bizarre friendship with an aspiring Broadway singer, a love triangle, and taking down her former cult leader. Tina Fey, Martin Short, and Jerry Minor make guest appearances in this one.

Stream it here
Culture Entertainment Netflix tv shows covid-19 Sitcoms
Shatricia Nair
Senior Writer
Shatricia Nair is a motoring, watches, and wellness writer who is perpetually knee-deep in the world of V8s, tourbillons, and the latest fitness trends. She is fuelled by peanut butter and three cups of coffee a day.
Motoring Wellness Watches