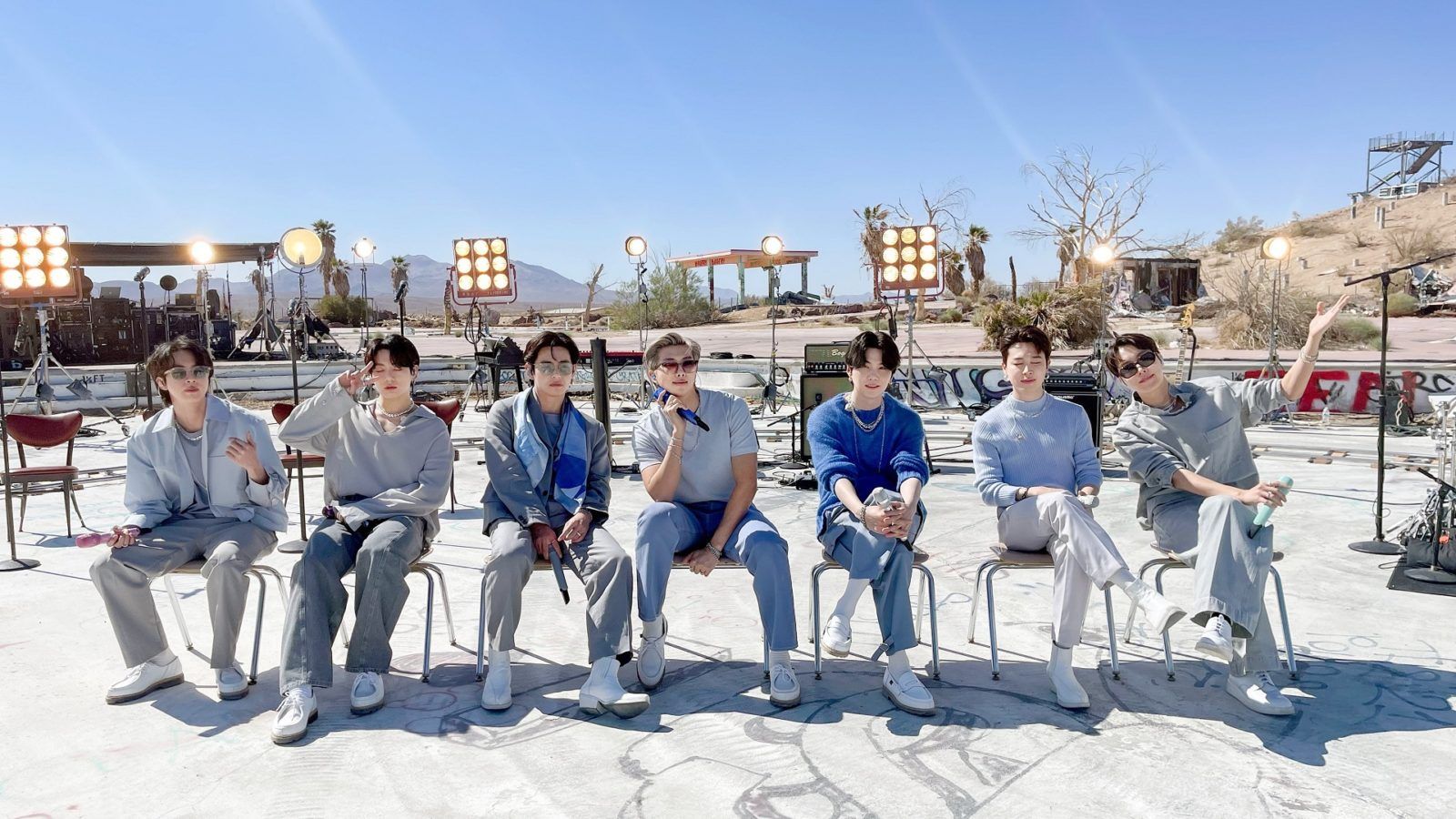 K-pop supergroup BTS announced on 14 June that the seven-member group is taking a break, described by one of the members as a “hiatus”, to pursue solo careers.

More about the future course of BTS

Hybe says the K-pop group is not going on hiatus

BTS announced the ‘hiatus’ during a pre-taped FESTA dinner held to commemorate the ninth anniversary of the Grammy-nominated group.

Each of the seven members — RM, Jin, Suga, J-Hope, Jimin, V and Jungkook — participated in the hour-long dinner, sitting around a table and casually chatting over food and drinks.

While all members spoke in Korean, a word uttered by Suga was translated as “hiatus” on the English subtitles used in the pre-taped video of their conversation.

But their management agency, Hybe, said in a statement that the group is not taking a hiatus.

“BTS are not taking a hiatus. Members will be focusing more on solo projects at this time,” the statement said.

All seven members have previously released solo tracks while being part of the group.

It was around mid-way during the dinner when BTS dropped the bomb on the fan ARMY.

“We’re going on a hiatus now,” Suga said, as translated into English in the sub-titles, triggering the conversation around the future of BTS.

RM, the leader of the K-pop group, reflected on the past successes of the band but added that it now felt “the group has definitely changed.”

“I always thought that BTS was different from other groups, but the problem with K-pop and the whole idol system is that they don’t give you time to mature,” he said. “You have to keep producing music and keep doing something.”

He said that he felt “trapped inside myself” — an observation that was seemingly shared by the other members.

Jimin added that the group is going through a “rough patch” and BTS members are “trying to find our identity and that’s an exhausting and long process.”

“We can’t help but think of our fans no matter what, we want to be the kind of artists that are remembered by our fans,” he added.

Suga confirmed that the group is not disbanding but admitted that they are facing difficulty with the lyrics of their songs.

“Writing lyrics is the hardest. What message do we want to give? Nothing comes out anymore,” he said.

“I think that change is what we need right now. It’s important for BTS to start our second chapter,” J-Hope said.

J-Hope will also be the first member of the group to go truly solo. He will be headlining Lollapalooza music festival in Chicago without any of his band mates later in July. Hybe said that he is scheduled to perform on 31 July, making him “the first South Korean artist to ever headline a main stage at a major US music festival.”

Meanwhile, V assured fans that the group will be back together and when that happens their “synergy will be like no other” and Jungkook revealed that each of the members will use the break to focus on fun and experiences.

“We promise we will return someday even more mature than we are now,” Jungkook said.

Past breaks and Proof success

This is not the first time that BTS has taken a break.

In 2019 they were away from the spotlight for a month with their representative saying that it was an opportunity for them to recharge. They again took an extended rest period towards the end of 2021, which, too, was described as an opportunity to be “re-inspired and recharge.”

The group celebrated its ninth anniversary on 13 June with a live performance of their latest song, “Yet to Come (The Most Beautiful Moment)”, accompanied by a special guest — American rapper Anderson .Paak.

The album, Proof, has been ruling the charts since its release on 10 June. It sold over two million copies on the day of its release. While all of its tracks debuted in top rankings on Spotify’s daily Global Top 200 chart, “Yet To Come (The Most Beautiful Moment)” broke BTS’ own record for the highest first-day streams by any Korean-language song released on Spotify.

K-pop BTS Hybe Proof FESTA dinner
Manas Sen Gupta
Manas enjoys reading detective fiction and writing about anything that interests him. When not doing either of the two, he checks Instagram for the latest posts by travellers. Winter is his favourite season and he can happily eat a bowl of noodles any time of the day.
Travel Culture Entertainment Food
Sign up for our newsletters to have the latest stories delivered straight to your inbox every week.