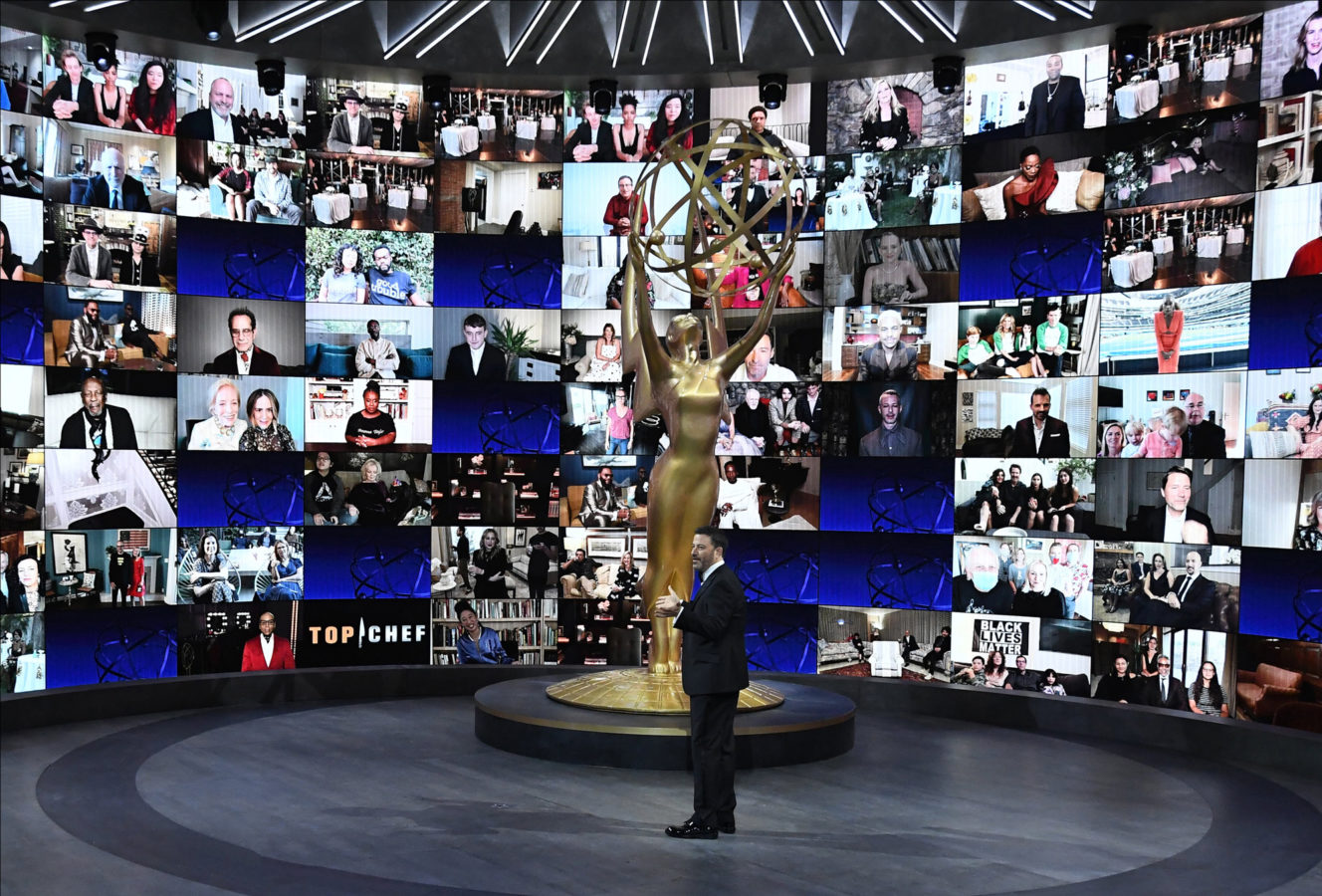 The Emmys on Sunday basically turned into the world’s most glamorous Zoom call, with Hollywood A-listers beaming into an empty Staples Center in Los Angeles from their apartments, guest houses and various other locations in 10 countries.

Here are some takeaways about how Tinseltown’s top stars suited up for the coronavirus era’s first major awards show:

Politics often take center stage at the Emmys, and even without a traditional red carpet, this year was no different.

Winner Regina King (“Watchmen”) paired a pink power suit with a tee-shirt bearing the image of Breonna Taylor, an African-American woman killed in a police shooting in her own home, and the words “Say Her Name.”

Uzo Aduba, who won the Emmy for best supporting actress in a limited series or television movie for “Mrs America,” wore a simple black tee-shirt with Taylor’s name in script — and a gold ball skirt.

“Watchmen” creator Damon Lindelof sported a tee-shirt under his jacket that read “Remember Tulsa ’21” — a reference to a racial massacre in the Oklahoma city of Tulsa that left up to 300 black people dead in 1921, which figures in the show.

And the final presenter of the night, “This Is Us” star Sterling K Brown, wore a Black Lives Matter tee-shirt with a clenched fist.

Of course, the few stars who took the stage with host Jimmy Kimmel had to dress to impress, and they did not disappoint.

And nominee Tracee Ellis Ross (“black-ish”) oozed sex appeal in a gold Alexandre Vauthier gown — cut down to there, and with a high central slit revealing her legs.

Reese Witherspoon and Kerry Washington hosted a faux New Year’s Eve party to honor their limited series “Little Fires Everywhere” — and wish an early end to a tough 2020. They wore gowns, but one guest wore a vintage Nirvana tee-shirt.

Daniel Levy, creator and star of “Schitt’s Creek,” opted for a chic gray Thom Browne suit with a kilt — that got a lot of air time, given the show’s multiple wins and the fun socially distanced event the cast and crew held in Toronto.

His outfit was a nod to the show’s finale, in which his character wore similar attire for his same-sex wedding. 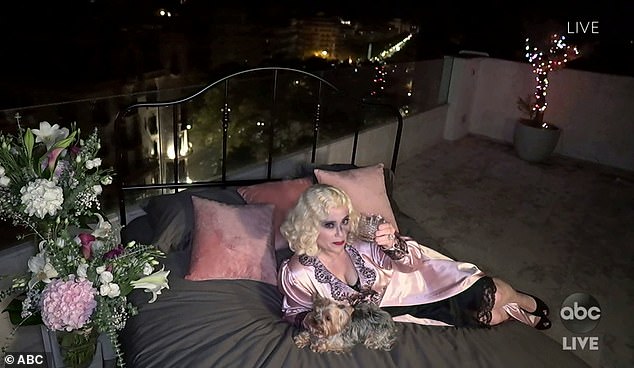 Of course, organisers told participants that informal chic was encouraged, and many stars took the note, with some wearing glammed up pajamas and others bringing their canine companions to the party.

Nominee Octavia Spencer (“Self Made”) donned a floral robe and drank wine, while past winner Alex Borstein lounged on a giant bed in a silky pink and black nightgown/robe combo.

Borstein’s co-star on “The Marvelous Mrs Maisel,” past winner Rachel Brosnahan, adopted all the trends, wearing a chic pajama top AND having her “farty” — her word — dog Winston by her side.

Jane Lynch, also a cast member on “Maisel,” invited her dog Rumi, named for the Persian poet, to join her on camera.

And actor Randall Park (“Fresh Off the Boat”) was upstaged at the Staples Center… by an alpaca in a bow tie. 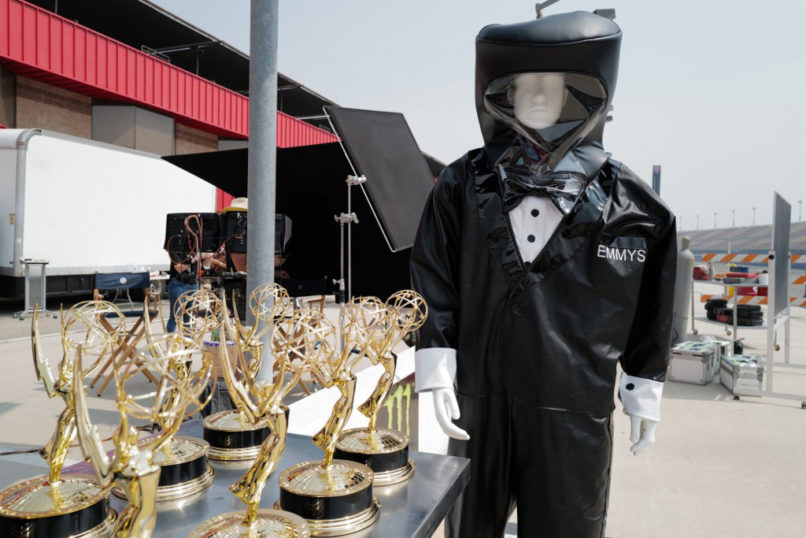 Perhaps the most on-point outfit of the night was the hazmat tuxedo, worn by those tasked with visiting some of the Emmy winners at their home to deliver their golden statuettes.

Organisers told Variety that the suit was designed in conjunction with a hazmat manufacturer, to ensure top protection for the awards couriers.