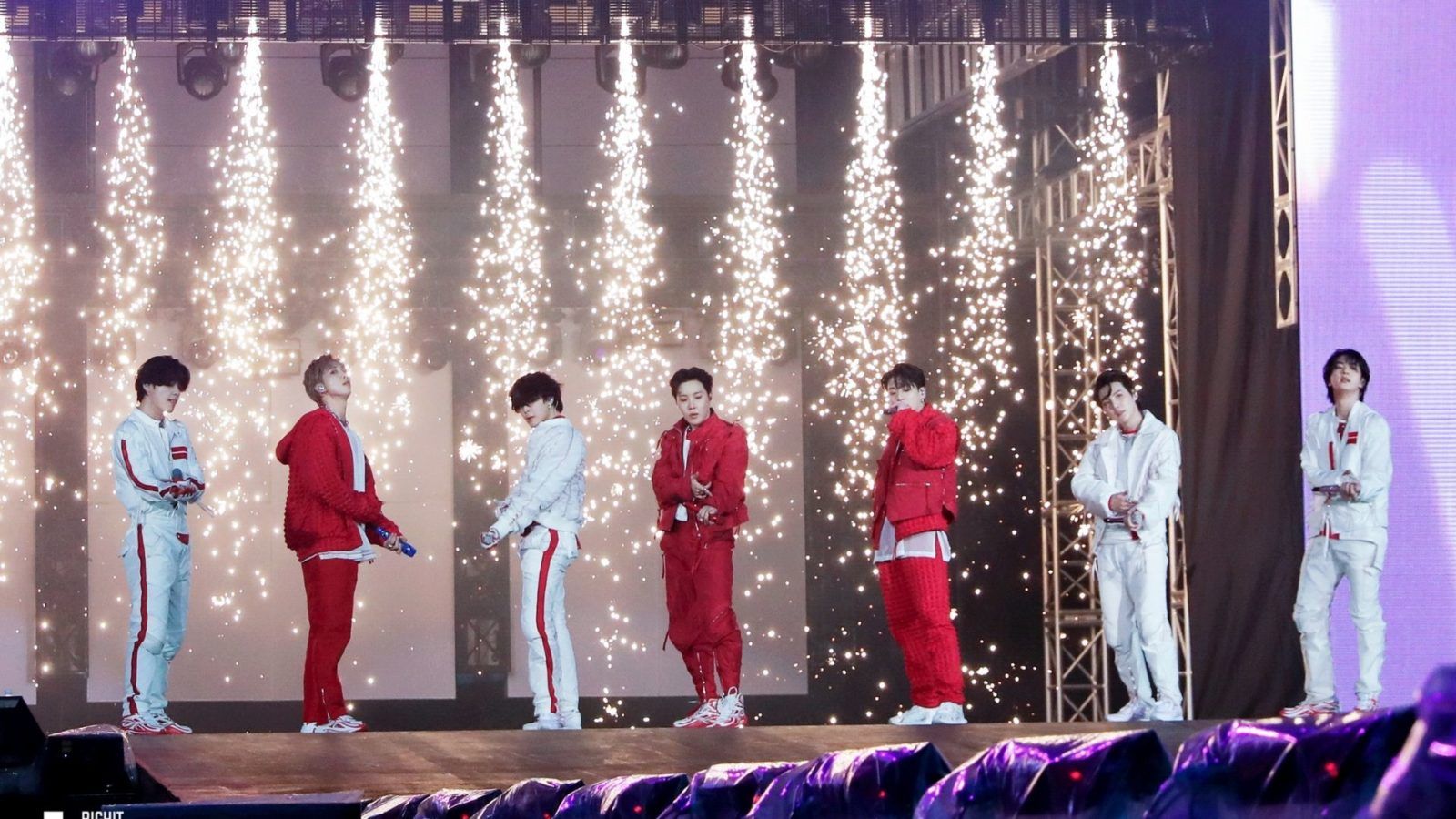 Culture
Heardle: BTS ARMY fan creates a game like ‘Wordle’ to guess the band’s songs
Share this article
Next article

A BTS ARMY fan has taken two of the perennially trending words on the internet — BTS and Wordle — and teamed up to create an exciting game named BTS Heardle for the fandom to enjoy. Inspired by the ultra-popular game called Wordle, developed by Brooklyn-based engineer Josh Wardle, Heardle challenges die-hard fans to guess a BTS song in seven attempts.

The Korean group comprising RM, Jin, Suga, J-hope, Jimin, V and Jungkook is one of the biggest boy bands in the world, surpassing new heights and breaking new records everyday.

The game is the brainchild of dedicated fans of the band, who head the trusted social media fan account @BTSChartData. This account puts together key information, updates and hints regarding the beloved boy band and tests the fans’ love and knowledge of their songs through interesting games like Heardle.

However, this was not the first game that the fan account created. Before Heardle, they had developed a game called BTS Wordle, which operated similarly, but did not provide hints for each guess like the current game does.

The South Korean band is celebrated worldwide for their soulful and groovy lyrics, making it an even more engaging activity to correctly guess them and level up in the game.

How to play Heardle 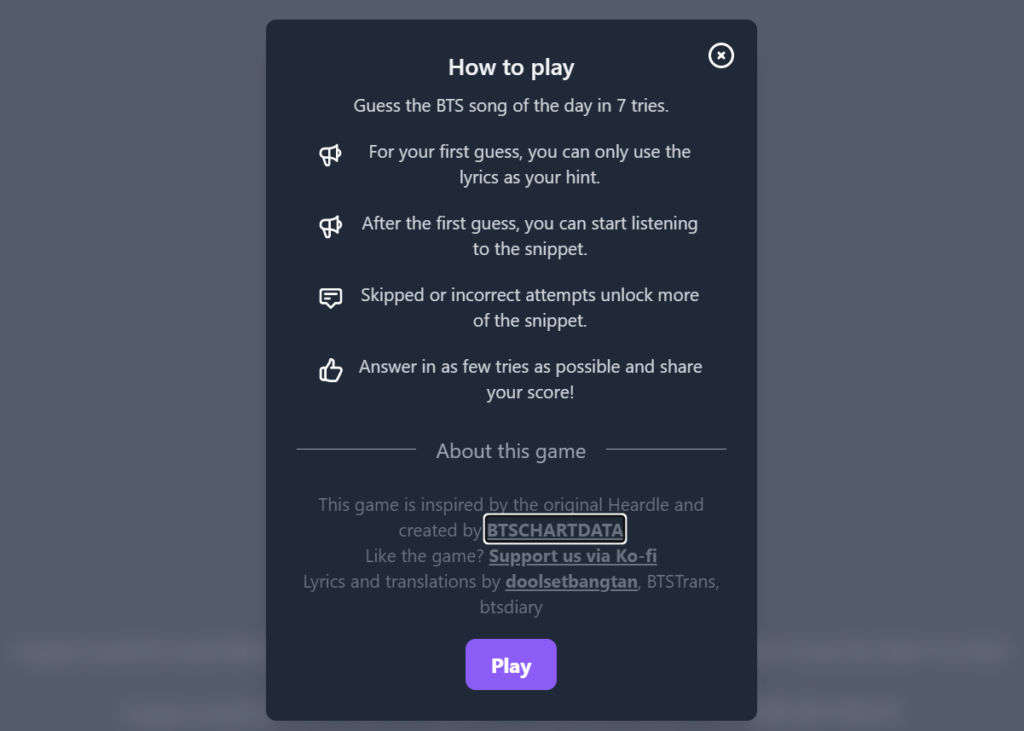 Heardle can be played by a global audience in spite of BTS’s Korean lyrics, courtesy multilingual fan volunteers who translate the lyrics of their songs. The website features both original Korean lyrics as well as translations in English. The hints for the lyrics have been meticulously developed by @BTSChartData in collaboration with a devoted fan account in charge of translation, @DoolSetBangtan.

As per the rules mentioned on BTS Heardle’s free website, players are allowed to listen to a snippet of a song after their first guess. ‘Skipped or incorrect attempts unlock more of the snippets,’ one of the rules read.

Once players are successful in guessing the song of the day, a Spotify link of the song pops up on the screen. Fans are given spoiler-free bragging rights, which they can post online to encourage healthy competition.

BTS Heardle has amassed a huge following and fame on social media platforms. One of the reasons being the fun BTS trivia they post on the website along with the sense of achievement the fans feel when they are able to guess a song in one go.

BTS fans cannot stop gushing over the game on Twitter, owing to the sense of community and shared love it provides.

The inspiration behind BTS Heardle, Wordle is a web-based word game designed and developed by Welsh software engineer Josh Wardle for his girlfriend during the COVID-19 pandemic. Owned and published by The New York Times Company since 2022, Wordle is a fun brain teaser that not only garnered millions of daily players worldwide, but also inspired an array of online games based on a similar format. The game gives players six chances to guess a randomly selected five-letter word everyday.

BTS K-pop boyband Online Games Wordle BTS Heardle BTS ARMY
Eesha Kulkarni
Eesha is a passionate digital nomad with a master’s degree in architecture and industrial design from Politecnico di Milano, Italy. A jack of all trades who enjoys writing art, architecture, travel and lifestyle features, she is found petting dogs, taking walks in nature and sniffing books in her free time.
Entertainment Culture Travel Lifestyle
Sign up for our newsletters to have the latest stories delivered straight to your inbox every week.