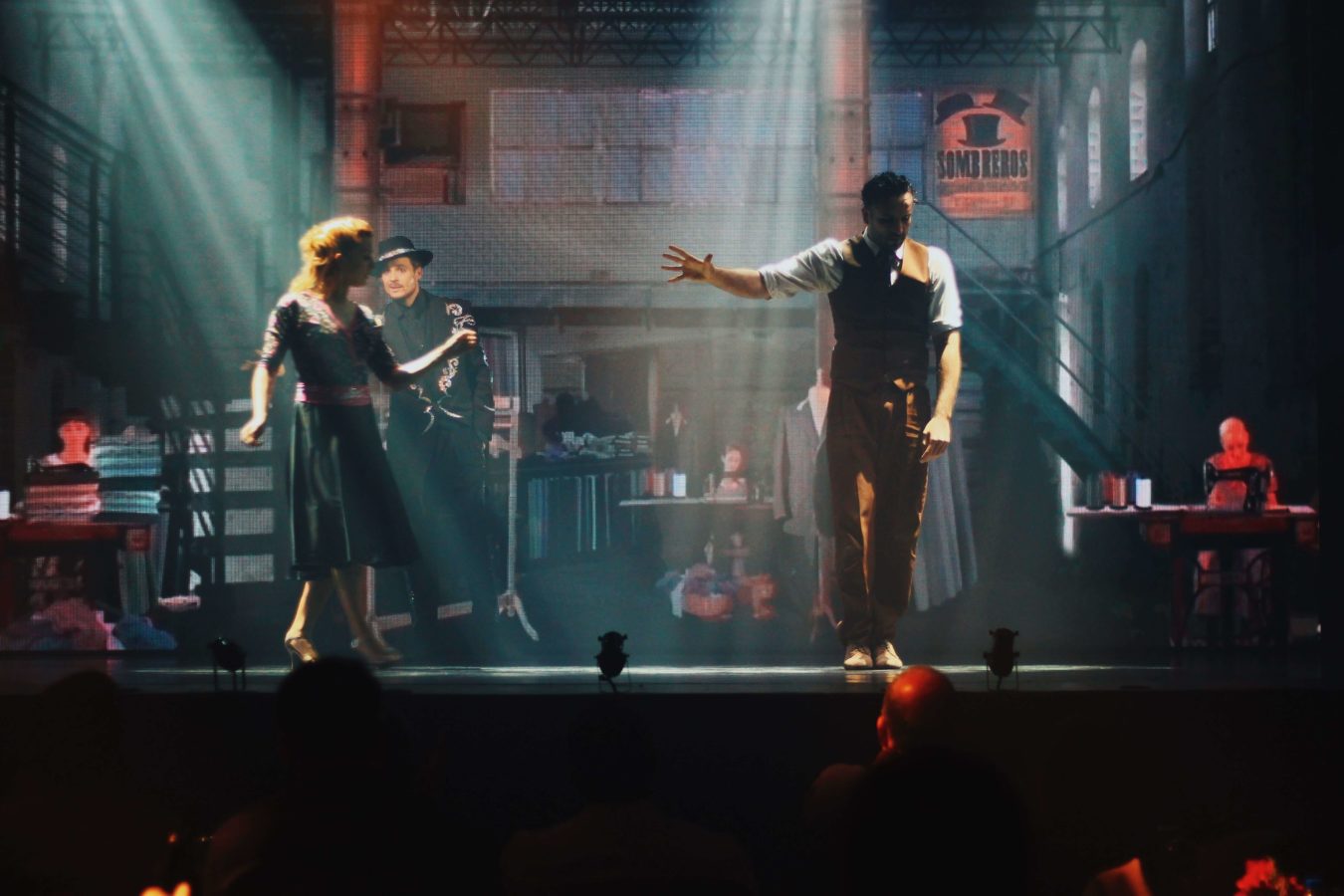 Culture
In a pandemic, could streaming sound theatre’s death knell?
Share this article
Next article

As a metaphor for the desperate position theatre has been put in by the coronavirus, Lungs is hard to beat.

Claire Foy and Matt Smith have returned to a London stage to act in a socially distanced version of a hit play about how the world is going to hell in a handcart.

The Old Vic hopes 1,000 people a night will pay between and £10 and £65 (between 11 and 72 euros) to watch a live stream of the pair who have not acted together since they set the small screen alight as the young Queen Elizabeth II and her husband the Duke of Edinburgh in the Netflix series The Crown.

Meanwhile, a few hundred metres (yards) down the road, Britain’s National Theatre is streaming A Midsummer Night’s Dream with Game of Thrones star Gwendoline Christie on YouTube for free.

In normal times it would be a sell-out with a lucrative transfer to the commercial West End all but guaranteed. But instead the theatre is relying on donations from viewers.

Streaming may be a boon for opera, ballet and drama lovers desperate for their fix. But with 75 percent of British theatres saying they may not survive the year, many are questioning how good streaming can be for theatre’s parlous financial health.

While the National Theatre’s online shows during the lockdown have been a roaring success with the public — more than 2.5 million people watched One Man, Two Guvnors starring James Corden in one week, and nearly a million more viewed Jane Eyre the following week — the viability looks a lot more shaky.

Yet for venues that have been shuttered for three months or more, the attraction is obvious.

“Millions of people are watching us,” said Valery Gergiev, the legendary Russian conductor and head of Saint Petersburg’s Mariinsky Theatre. “Instead of 2,000 people at a concert, we have hundreds of thousands of viewers,” he said.

Ambitious companies like the English National Ballet have been able up their profile online, with director Tamara Rojo convinced that they may be creating a new audience for themselves when theatres reopen.

“I want to believe this has given people who did not have the courage to go into a theatre in the past a window into our world,” she said.

Cutting their own throats?

But the head of the Bolshoi in Moscow warned that while that was all very wonderful, companies may be cutting their own throats. Although the Bolshoi too has jumped on the streaming bandwagon, Vladimir Urin said few companies appear to have a long-term strategy.

“I am absolutely convinced that those who overuse this medium, broadcasting performances practically after every premiere, are losing audiences,” told the Russian Kommersant daily.

Streaming also lacks the “emotion and magic” between the performer and audience that makes the live experience unique, Urin argued. But Peter Gelb, his opposite number at the Met in New York — which has invested heavily in streaming — says he has no such fears.

As the pioneer of the retransmission of opera and ballet performances in cinemas — something which has been enthusiastically taken up by other top theatres in the last decade — Gelb is convinced streaming is a powerful marketing weapon.

“I believe that the public will return because while it is very soothing and comforting to have this content available at home, it is ultimately a very satisfying but one dimensional experience,” he said.

And he insisted even free streaming gave “a direct financial benefit for the Met”. Since the lockdown he said the Met has 125,000 new supporters in its database as well as 19,000 new donors. Its VOD service, Met Opera on Demand also doubled the number of its subscribers during the pandemic.

Rojo too believes that streaming may become a useful tool for companies in post-coronavirus world.

“A piece can have two lives, it can exist in one form on a stage and another live digitally and they complement each other,” she said. “Now we understand that there is demand and that we can reach people who may never reach us physically.”