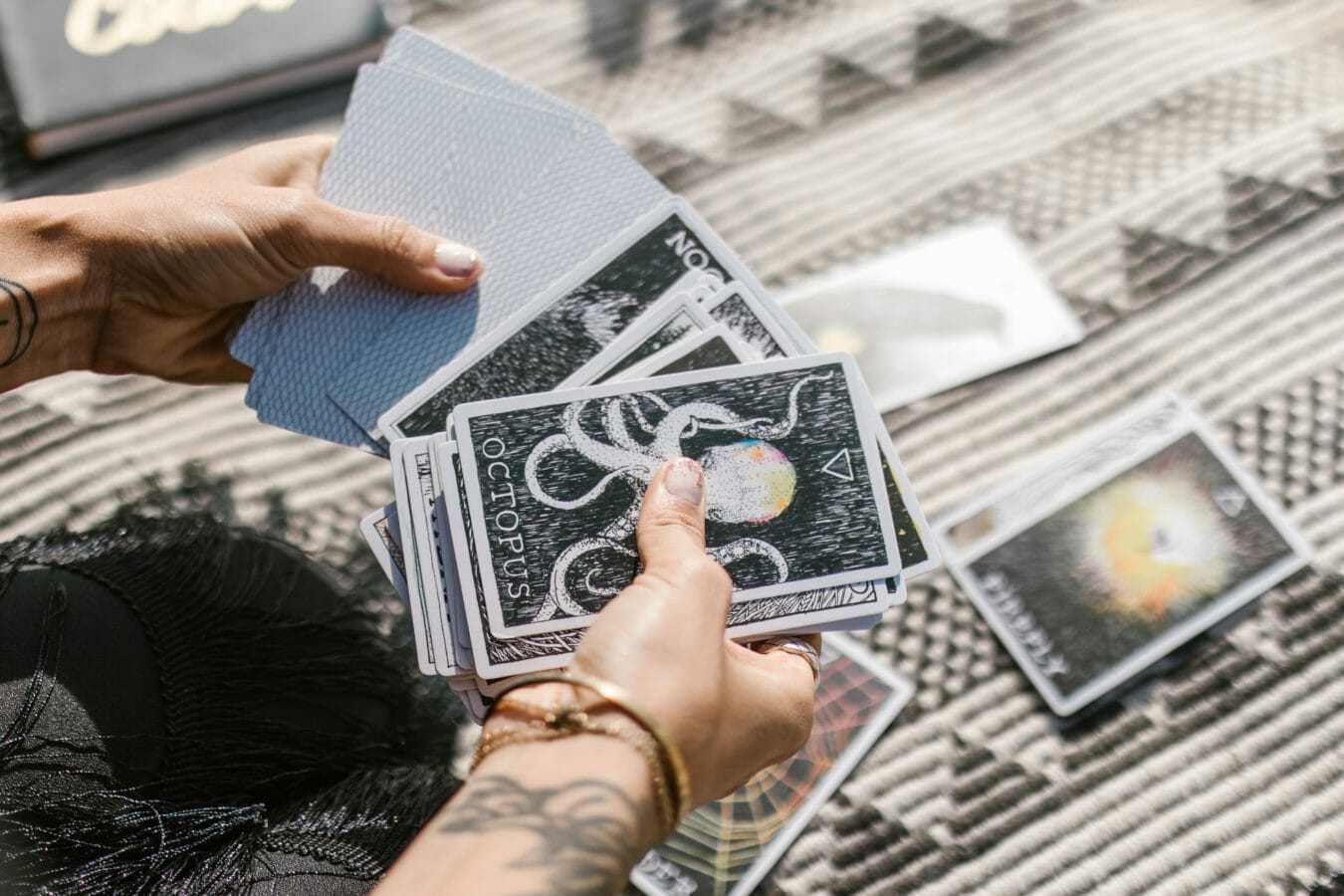 Learning to read tarot cards? Here’s where to get the original versions in Singapore

Culture
Learning to read tarot cards? Here’s where to get the original versions in Singapore
Share this article
Next article

Tarot cards have been rising in popularity.

But what is today associated with divination and mysticism was actually created as just a simple mode of entertainment. Tarot cards emerged sometime in 15th century Europe as playing cards. It was only in the 18th century when they began gaining popularity as divination, specifically in the form of cartomancy — fortune reading with a deck of cards.

While popular in the West, tarot reading has been a relatively new-age phenomenon in the East. Yet even Singapore has been witnessing an increased acceptance with tarot card readers helping people eager to set their spiritual clocks in alignment with the cosmos to usher in stability in their lives. And then there are many who are curious to learn the art of reading tarot card on their own.

Beauty & Grooming
Tarot in Singapore is booming, so here’s where to get a reading

For them, the best way is to buy a deck of tarot cards along with a detailed guidebook. But anyone who’s done a search for where to buy tarot decks in Singapore would soon see that there are suspiciously low prices in the market. These are often by online businesses putting up counterfeit tarot decks. It takes time to illustrate a beautiful image — much more so if it’s for an entire deck of 78 cards. To see if it’s the real deal, always purchase from reputable sources where a massive indicator would be the price. The general rule of thumb is that decks go from about S$20 and above. If it’s by an independent artist, it could go somewhere from S$35 to S$50. Anything below S$10 is definitely suspect.

So do right by yourself (and the creatives behind these decks) and purchase the original version. Here, we’ve short-listed some really great decks in the market to get you started. 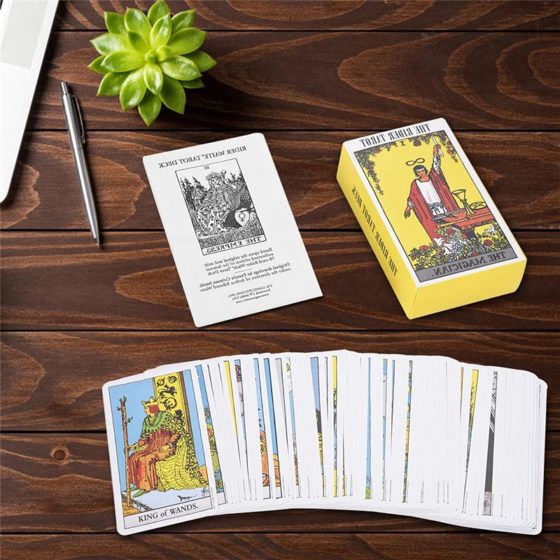 The Rider-Waite tarot deck was first created in 1909 by artist Pamela Colan Smith and has since been the benchmark for most tarot cards. It’s great if you are a beginner and only starting out in the world of tarot reading as these images bear the standard. It comes with a manual that is easy to understand and the cards are of high quality; they can be easily shuffled because of the superior varnish. “How can we possibly embrace our truest self if we never step into the dark?” If that’s your question then these 78 cards of the Occult Tarot deck are for you. The cards are printed with 17th-century occult symbolism illustrated in just black ink. Think symbols such as the Key of Solomon. It is created by author and occultist Travis McHenry who has imagined a fully realised divination tool to finally embrace and behold the mysteries of the night. 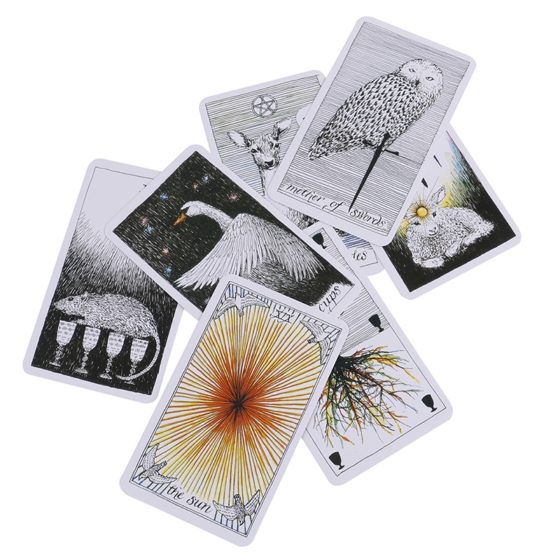 The Wild Unknown tarot deck is a New York Times bestseller, much loved for its minimalist art work done in pencil on a clean white background. The artist behind these images is Kim Krans, who is also an author and yoga practitioner. The cards bear simple images of the natural world and animals each done tastefully and with the occasional pop of colour. A guidebook is included if you’re an absolute beginner. 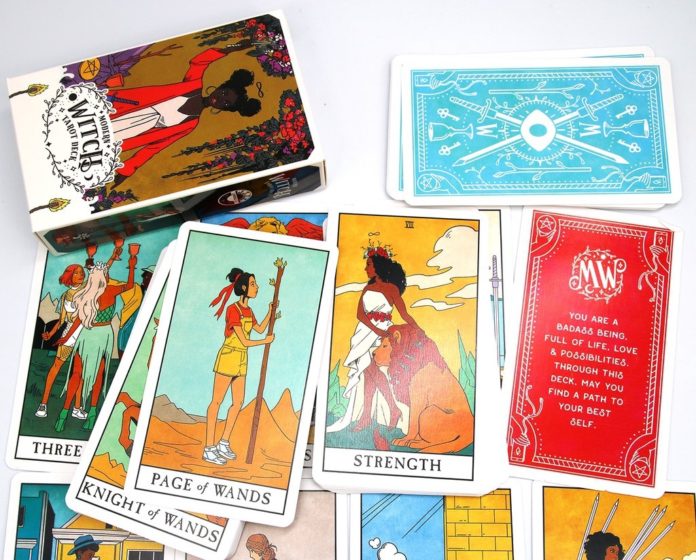 The world has changed immensely since the ancient days of divination and so has the artwork on tarot cards. The Modern Witch, by Lisa Sterle, the illustrator of comic books Long Lost and Submerged puts a fresh, contemporary spin on tarot. All characters are female and ethnically diverse, dressed in fashionable clothes that won’t be out of place today. If you’re tired of traditional tarot cards that only seem to depict white people and castles, this deck is for you. If you think traditional tarot decks are too serious then this option is for you. This Kawaii Tarot deck is designed by Diana Lopez with cute images that come to life in pastel hues. We’d recommend getting this deck for when you’d prefer your readings to be inflected with light heartedness. 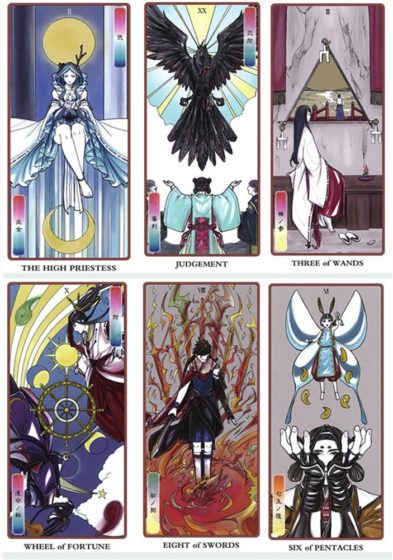 East and West embrace in this Japanese Mythology Tarot deck as all cards are given the manga art treatment. The pictures are colourful and extremely detailed, telling the story of Izanagi and Izanami — the two deities who created the Japanese Archipelago. The cards are slightly bigger as compared to the newer version of the Rider-Waite tarot cards but heads up: it does not come with an english manual if you’re an absolute beginner. 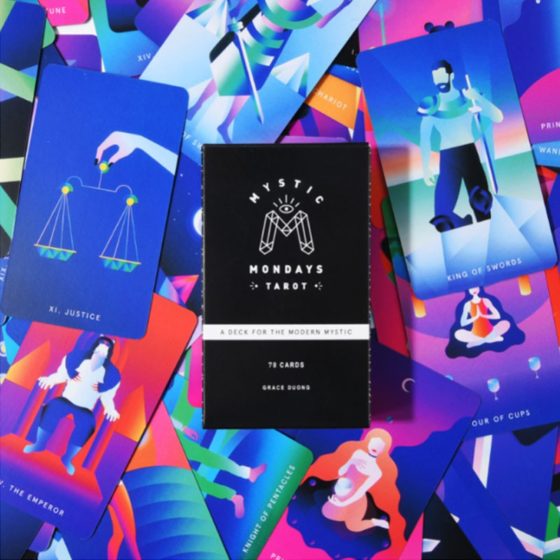 What do you get when a multidisciplinary artist and visual designer like Grace Duong trains her sights to tarot decks? This richly designed Mystic Mondays deck for sure. She does not hold back from using bright colours to illustrate her ideas, conceiving  a design masterpiece which would resonate if strong colours and geometry appeal to you. The deck is inspired by Anima Mundi, the philosophy that all living beings are connected. For this reason, the cards bear images of nature from animals to representations of the botanical world though it does have a somewhat moody feel. Amazingly, the artwork is hand-painted with acrylic paints. Edges of the cards are gold foiled, which gives a beautiful appearance when you hold all the cards in your hand. The set comes with a 52-page guidebook with information on everything a beginner needs to gain insight into the world of tarot. 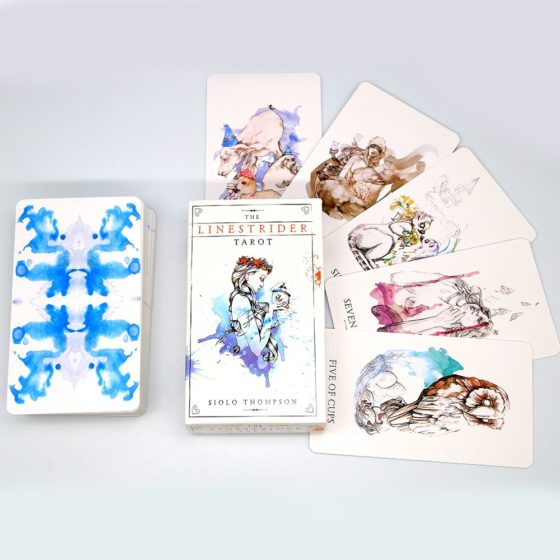 Graphic artist Siolo Thompson is known for her work on watercolour and her, she uses her trained eye and an elegant hand to create the fairytale-like imagery for this deck. Each card is evocative and makes for an excellent example of minimalist art. The soft colours of the pictures are alluring while people and even animals seem to have a soothing aura.

10 books every entrepreneur needs to read

Where to watch the Friends reunion special