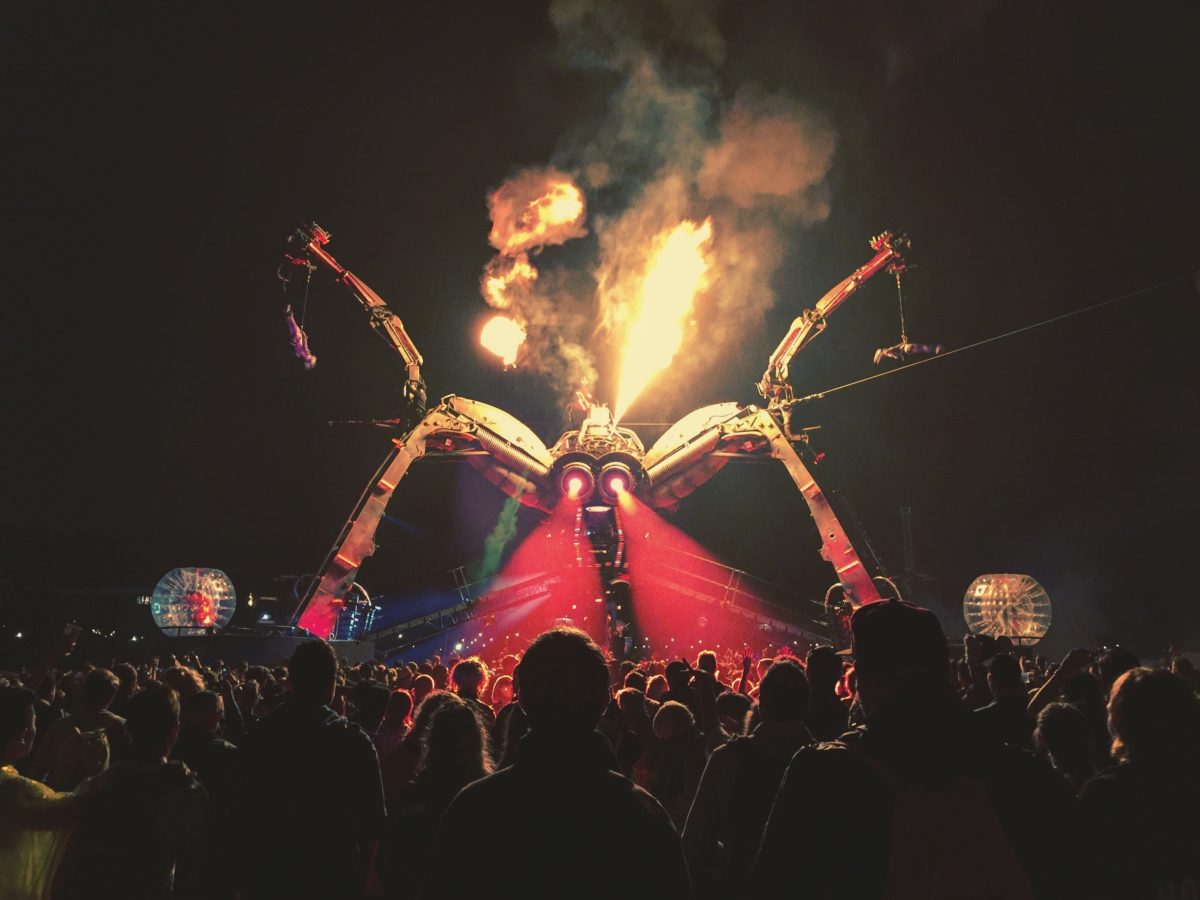 While the coronavirus pandemic has put the live music industry on hold, music festivals are filling the void left by the cancellation of their 2020 editions with a series of art exhibitions.

Although the 50th anniversary edition of the Isle of Wight festival did not take place as scheduled in June, Masterpiece Art will pay tribute to the legendary British festival in the upcoming exhibition “Wight Spirit, 1968-70.”

The presentation, on view from July 27 through September 5 at the London gallery, will display sculptures, films and photographs of popular icons connected to the festival’s decades-long legacy.

Among them are a selection of behind-the-scenes images by late British photographer and former BBC cameraman Charles Everest, some of which have been seen in public before.

British sculptor and guest curator Guy Portelli will also display his latest work “Wight Spirit,” which features the hand prints of musicians who performed at the music festival from 1968 to 1970.

“The Isle of Wight Festival is Europe’s Woodstock. You could argue it has more significance, and yet it isn’t venerated in the same way,” Portelli said in a statement, adding that he hopes that the exhibition will “help redress that.”

Meanwhile, the V&A museum celebrated the heritage of Glastonbury with a seven-day online celebration, which coincided with the June weekend the festival was due to celebrate its 50th anniversary.

Nostalgic festival-goers had the opportunity to discover a collection of posters, programs, interviews, photographs, backstage passes, as well as a seven-minute soundscape created by sound designer Gareth Fry to recreate “the side of Glastonbury enjoyed by its guests but not covered by TV channels.”

At the time, the London institution also issued a callout to members of the public to provide their Glastonbury-related memories, which will feed into a bigger V&A project mapping the festival’s history.

These initiatives arrive at a time when the detrimental effects of the global coronavirus pandemic on the music industry are loudly heard.

Industry experts and analysts have projected that the live concert business could stand to lose billions in reaction to coronavirus-induced lockdowns.

Glastonbury organisers Michael and Emily Eavis recently told The Guardian that the fate of the British music festival was seriously compromised if its 2021 edition was also canceled due to coronavirus.

“We have to run next year, otherwise we would seriously go bankrupt … It has to happen for us, we have to carry on. Otherwise it will be curtains. I don’t think we could wait another year,” Michael Eavis told the publication.

This article was published via AFP Relaxnews. (Header and featured image credit: Joe Green via Unsplash)