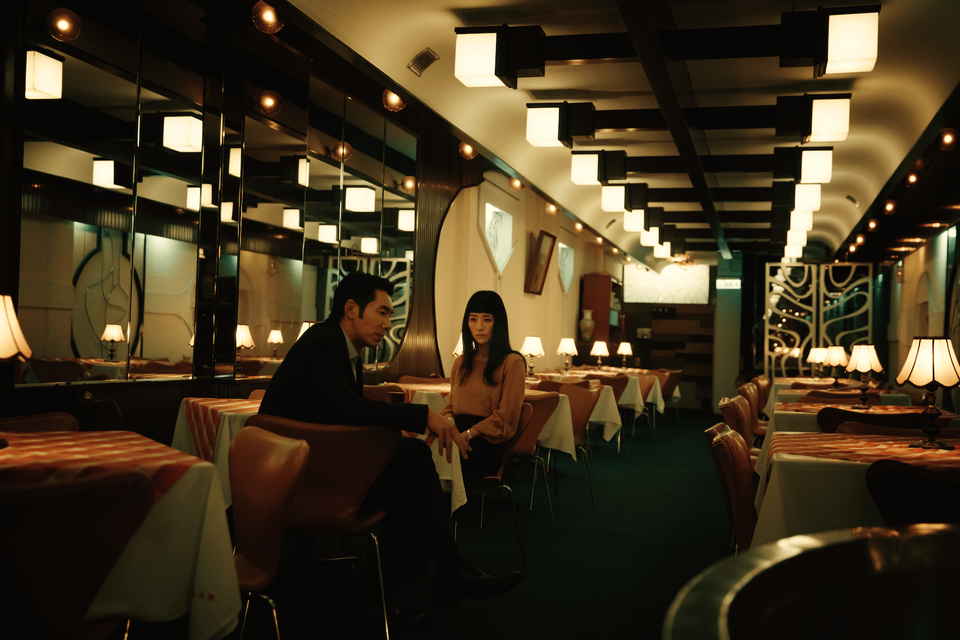 Our guide to the Singapore International Film Festival 2019

When local filmmaker Yeo Siew Hua’s A Land Imagined won the Golden Leopard Award, the top prize at the Lucarno Film Festival, it became clear that there is more to Singapore cinema than Jack Neo’s grassroots comedy and CGIs in Ah Boys to Men. The leap forward is in no small part thanks to the Singapore International Film Festival (SGIFF), which has been the platform for establishing local, and Southeast Asian, filmmakers to present their work for the last 30 years.

Other than the headline-grabbing Wet Season — the opening film of 30th SGIFF by local writer-director Anthony Chen — cinephiles can look forward to films across a number of categories. Here’s what should be on your radar.

Inspired by the events of the Harvey Weinstein scandal, Nina Wu is a struggling young actress who is desperate for the career-defining breakout role. After years of mediocre acting roles, she was offered the lead role of a film that comes with a catch: perform explicit sex scenes with nudity. The film provides Nina the fame she craves, but her shot to fame eventually haunts her psychological well-being and her personal life.

Prior to Sunday, Ong, a script consultant for HBO Asia, has written and directed short films like You Idiot in 2018, which was screened at the Norwegian Short Film Festival (Kortfilmfestivalen). Unlike You Idiot, which talks about a gentle relationship between two straight men, Sunday, her third film, broaches heavier issues. It is about a young woman with a full-body rash, driven to violence during a forbidden encounter with her sister’s boyfriend.

If you still prefer the old-fashioned movie experience, the Asian Feature Films’ list is packed with choices like the fear of retirement in Oren Gerner’s Africa (Israel), the abusive marriage in Raymund Ribay Gutierrez’s Verdict (Philippines), and the conspiracy within a prison in Serhat Karaaslan’s Passed By Censor (Turkey). But our pick goes to Shahad Ameen’s Scales (UAE).

With the recent incident of India’s Nusrat Jahan Rafi, Hayat’s desire, in Scales, to be heard and to be relevant in her community is a fitting narrative for recent times. This makes Ameen’s film, which won the Verona Film Club Award in the 76th Venice Film Festival, relatable and one to look out for at SGIFF.

Scales presents a religious fishing community that believes in sacrificing a daughter from every family during an annual ritual to appease the “sea creatures” for a good harvest. Hayat, however, was spared from it. This made her live in “shame” in the village as they believed that her being spared has cursed them. But Hayat is determined to prove them wrong.

Scales premieres on 28 November, 7 pm, at the National Museum of Singapore; 29 November, 4.30 pm, at the Oldham Theatre. Ticket information here.

What’s SGIFF like in Singapore without a local touch? Films in this category tell the stories closest to home, and reflecting the realities of her contemporary society. For instance, her marginalised families, her migrant workers, and her education system.

Yuan Bin’s I Dream of Singapore (Singapore), an individual film.

On one hand, this film documents the human rights being violated in a first-world country. On the other, it could act as a reminder of how our sense of xenophobia might hinder us from empathising with the migrant workers. I Dream of Singapore, Bin’s fourth film, latches on the journey of a migrant worker in Singapore, Feroz, who got injured and got denied treatment by his employer. Through his own eyes, Bin captures snippets of the daily lives of Feroz and the other migrant workers, from listening to music in their dorm rooms, to being policed aggressively in crowded areas.
I Dream of Singapore premieres on 24 November, 930 pm, at the Oldham Theatre. Ticket information here.

SGIFF introduced this category to acknowledge that films from these countries are shaping the Asian film landscape. We take a look at Hassan Fazili’s Midnight Traveler (Afghanistan).

Midnight Traveller is based on the real-life events of the director. In 2015, Fazili and his family found themselves having to flee Afghanistan to Tajikstan, after the Taliban placed a bounty on him for profiling an ex-Taliban commander in a documentary film.

Fun fact: this film was recorded with three old generation iPhones, establishing the strength of Apple’s cameras as documentary tools.

The search for identity, the turbulent dynamics of a marriage, the psychological effect of loneliness, and the faltered acceptance of LGBTQ. These are some topics covered under the Cinema Today category, by a slew of films that call on the talents of Scarlett Johansson, Robert Pattinson and Willem Dafoe among others.
We look at Carlo Mirabella-Davis’ Swallow (USA).

Swallow follows a housewife who spends her days waiting for her husband and her nights waiting on him. To the delight of everyone but herself, she learns that she’s pregnant. In spite of this, her eating disorder, called pica, prevails. And the protagonist starts to eat inedible objects like a marble, and even a thumbtack. Note: this film is not for the faint-hearted. It reportedly made an audience faint when it aired during the 2019 Tribeca Film Festival.

This category consolidates the wildest and weirdest films in the genres of action, horror, fantasy and thriller. There are five films up for selection, but let’s look at Lorcan Finnegan’s Vivarium (Ireland).

Starring Jesse Eisenberg and Imogen Poots, Vivarium is very much like doing a reality check on a couple’s future; whether they are ready to settle down in their relationship, or even have a baby. This movie reminds the audience why and how commitment can be daunting.

SGIFF didn’t neglect the value of classic movies that have entertained audiences for years. There are two films up for grabs: Palme d’Or-winning director Bong Joon-ho’s Memories of Murder and Asian legend Hou Hsiao-Hsien’s Flowers of Shanghai. We look at Bong’s Memories of Murder (South Korea).

This classic goes way back, before Ho’s recent award-winning Parasite, Snowpiercer with actor Chris Evans in 2013 and Netflix Original’s Okja in 2017. Inspired by the true events in South Korea, Memories of Murder is a detective film set in 1986, about the rape and murder of a number of women. According to the LA Times, the man responsible for these heinous crimes came forward, after almost three decades, and is now arrested.

Memories of Murder premieres on 23 November, 2 pm, at The Projector (Redrum). Ticket information here. This article was first published on Augustman Digital.

Style
Celine gives Phoebe Philo’s iconic Belt bag a tiny update
Culture
How the Oscars Academy is boosting female minority membership
Beauty & Grooming
Where to buy cult skincare brand Cerave in Singapore
Living
The best cult women’s activewear brands to help you sweat in style today
Food & Drink
Where to eat and drink in Siglap
Living
This journalist decoded every political party’s manifesto for the GE2020 so you don’t have to
Gear
Review: The Apple iPhone SE proves that premium doesn’t mean pricey
Style
Who is Mowalola? Here’s all you need to know about Kanye West’s Gap collaborator
Culture
In a pandemic, could streaming sound theatre’s death knell?
Sign up for our newsletters to have the latest stories delivered straight to your inbox every week.