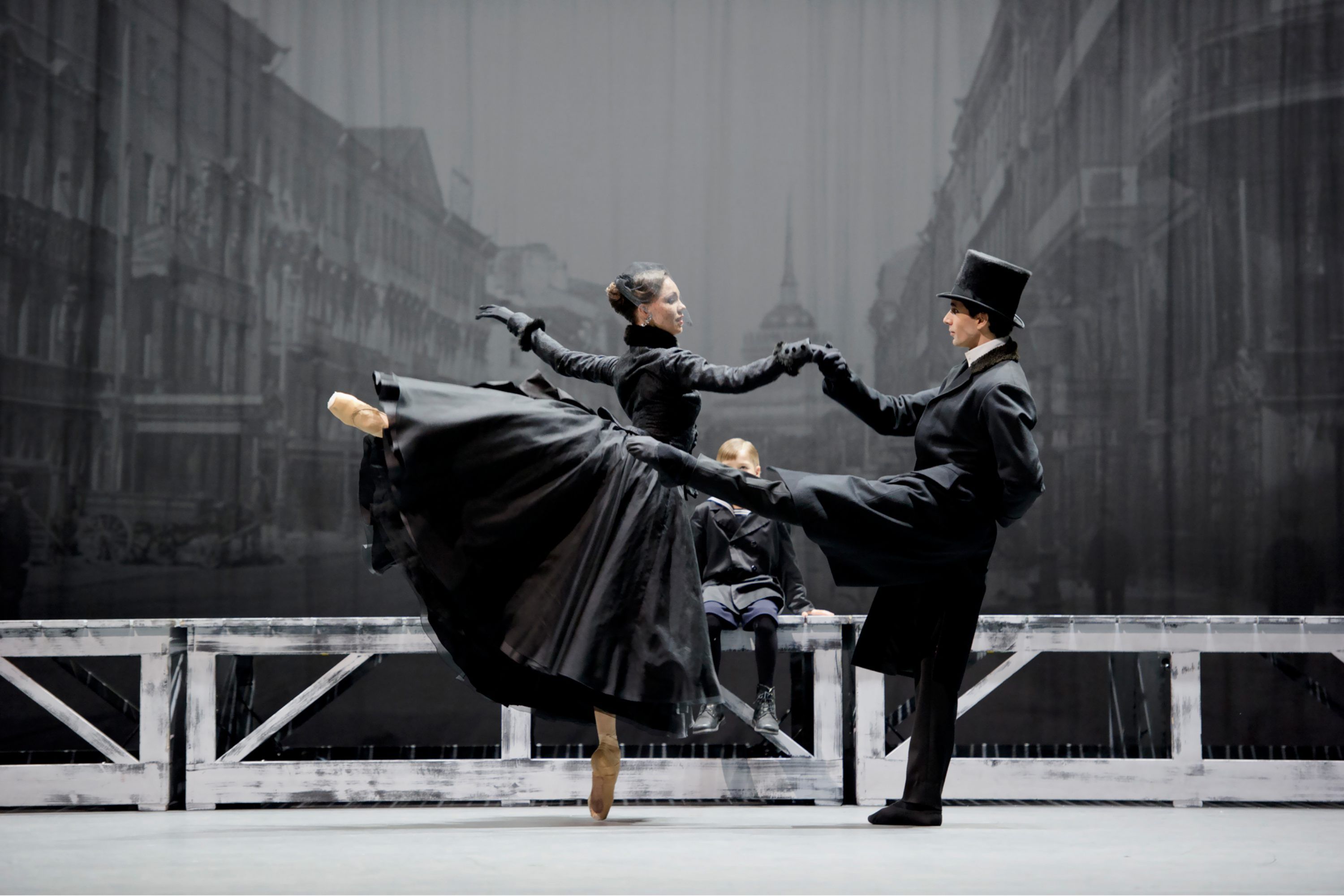 10 performances to catch at the Hong Kong Arts Festival 2018

The Hong Kong Arts Festival is the cultural extravaganza that all arts fiends look forward to each year. For 2018, the 46th festival runs from 23 February–24 March with 130 exhilarating performances, wrapping up just before Art Basel week (27–31 March) — making for Hong Kong’s artsiest month of the year. There’s no better time of year to enjoy a good show than during the festival, when the city is flooded with world class performances from all corners of the globe. From dazzling dance spectacles to heart-swelling symphonic performances, sweeping circus productions to Cantonese opera, there’s definitely something for everyone. We’ve picked our highlights below, but you’ll want to check out the full programme here for more local and international gems.

The Hong Kong Arts Festival opens with none other than one of the greatest romantic dramas of classic literature, Leo Tolstoy’s Anna Karenina. A story of forbidden love set in 19th century Russian court is transformed into a stunning ballet for the modern age by Ballett Zürich and German choreographer Christian Spuck, and has also been performed by the Norwegian National Ballet, Bavarian State Ballet and at the Stanislavsky Theatre in Moscow.

With tickets fast selling out, Grammy Award-winning trumpetist Chris Botti is a must-see for all those who love magical, velvety jazz. America’s top-selling instrumental artist, Botti is loved for his versatility — with talent spanning pop, jazz and rock — as well as his compelling stage presence. Since committing to the trumpet at age 12 after hearing Miles Davis’ My Funny Valentine, Botti has gone on to record with the likes of Herbie Hancock, Yo-yo Ma, Sting, Barbra Streisand, Lady Gaga and more. Don’t miss Chris Botti and his eight-piece band in Hong Kong.

The Bolshoi Theatre’s shining star Svetlana Zakharova and violin maestro Vadim Repin — who was the youngest ever at age 17 to win the esteemed Queen Elisabeth Competition in Brussels — are the ultimate power couple of the arts. Prima ballerina and musical virtuoso, the husband and wife team bring their respective talents to the Hong Kong stage in this highly anticipated gala duet. The programme will alternate between instrumental solos, pas de deux and pas de trois, featuring works by master composers and choreographers.

Baroque music isn’t just the tinkling notes of Vivaldi’s seasons. Or so Belgium’s B’Rock Orchestra has us believe: Founded in 2005, the collective has a knack for storytelling, just as early music composers seemed to paint with their music; and B’Rock has a particular sensitivity in evoking the emotions and characters found within these works. For this Hong Kong concert, alongside Vivaldi, B’Rock will be adding zest and renewed passion for his contemporaries Fux, Biber, and Telemann.

Pavilion of a Hundred Flowers

If you’ve ever thought traditional Cantonese Opera wasn’t your cup of tea, you’ll want to give it another try with this brand new commissioned piece in partnership with the venerable theatre director Fredric Mao. In a quest to modernise Cantonese opera for a broader audience, the classic historical tale Pavilion of a Hundred Flowers has been reworked in a collaborative effort by Fredric Mao and young playwright Kong Chun-kit, featuring modern perspectives and new story elements.

Denis Matsuev with the State Academic Symphony Orchestra of Russia

Featuring music by Rachmaninov, Stravinsky and Tchaikovsky, this virtuosic performance of Russian giants will likely leave you slack-jawed in awe of the sheer wizardry and superhuman dexterity of the orchestra and star soloist. Formerly the USSR Symphony Orchestra, the reputation of the State Academic Symphony Orchestra of Russia rose under the leadership of the late conductor Evgeny Svetlanov. The Hong Kong concerts will be led under the baton of Estonian-born Kristjan Järvi. Featuring soloist Denis Matsuev (so revered for his talents, he was personally invited to become director of the Sergei Rachmaninov Foundation by the composer’s own grandson Alexander) it’s set to be a stupendous three evenings for Hong Kong classical music lovers.

The Curious Incident of the Dog in the Night-Time

Who would have thought the kooky story of a teenager with Asperger’s Syndrome who solves a crime would go on to win five Tonys and seven Olivier awards? Mark Haddon’s beloved and bestselling 2003 story became a West End smash hit under the direction of Marianne Elliott, who also previously brought War Horse to stardom. Just like protagonist Christopher Boone who beats all odds, so is the lasting allure of this enchanting production, which in the end reminds us to continually see and understand the world in surprising and different ways.

The wild and utterly fantastic oeuvre of early Dutch painter Hieronymus Bosch gets translated into a circus extravaganza with this Canadian/Danish production. Tying into the 500th anniversary of the artist’s death, this show was commissioned by the Netherlands’ Bosch 500 Foundation, with scenes all inspired by his greatest works and spanning acrobatic acts, sublime visuals, and fairytale creatures. For fans of the artist wishing to learn more, there are a number of documentary screenings and backstage visits available within the Festival Plus programme from 27 January–11 March.

The tragic and doomed love triangle that is the story of Pelléas et Mélisande takes to the stage in Hong Kong, replacing the French forests of the tale’s setting with a dark and alluring iron stage. This year is the centenary of Claude Debussy’s death, and this achingly beautiful rendition of the great composer’s only completed opera is brought to life with an edgy, enigmatic production by the Welsh National Opera — with an authoritative cast and choreography that shook audiences for the first time in 1992.

Another easily sold-out show, Cécile McLorin Salvant follows in the footsteps of America’s greatest female voices and has quickly become one of the most honoured and accoladed jazz artists of recent history: including the revered gong of winning the Thelonious Monk International Jazz Vocal Competition in 2010 as well as the best jazz vocal album Grammy in 2015. Bringing her raw, sensational talent to the stage, the Miami-born French-Haitian will be performing with Juilliard-trained pianist Aaron Diehl and his trio.

Theatre Culture Dance Opera Hong Kong Arts Festival classical music what to do in hong kong Hong Kong Arts Month HK Philharmonic Cantonese Opera
Evelyn Lok
Managing Editor
When not trying out the latest beauty and wellness trends, Evelyn is likely enjoying a perfectly balanced negroni or exploring some of Hong Kong's best new places to eat and drink. At Lifestyle Asia she covers everything from the biggest events in town to interviews with Hong Kong specialists, with topics spanning art, food and drink, health, tech, and travel.
Beauty Wellness Events Art Drinks
Sign up for our newsletters to have the latest stories delivered straight to your inbox every week.