This year sees the 43rd edition of the Singapore International Festival of Arts (SIFA), which brings the best artists from the country and around the world to the local stage. It will run from 15 to 31 May 2020 — which leaves us plenty of time to get hyped about what’s coming.

The line-up features an inspiring array of performances spanning theatre, dance, music, and film. This year, SIFA looks to shed light on more pressing contemporary topics like global warming and the constant negotiation of what it means to be Singaporean.

You might also like…
Style
Love Is Blind is wrong; just look at what the contestants are wearing
Beauty & Grooming
This is why all men should wear sunscreen everyday This May, the Berlin-based performance group Rimini Protokoll brings the 100% City series to Singapore. A social experiment and reality theatre converge in 100% Singapore, by having 100 citizens–who statistically represent 57,000 people of our multifaceted population –become ‘actors of themselves.’ The event seeks to reveal the wildly different identities, perspectives, and lived experiences that exist in the country while putting faces to individual stories and opinions that are otherwise only understood as statistics and news fragments. 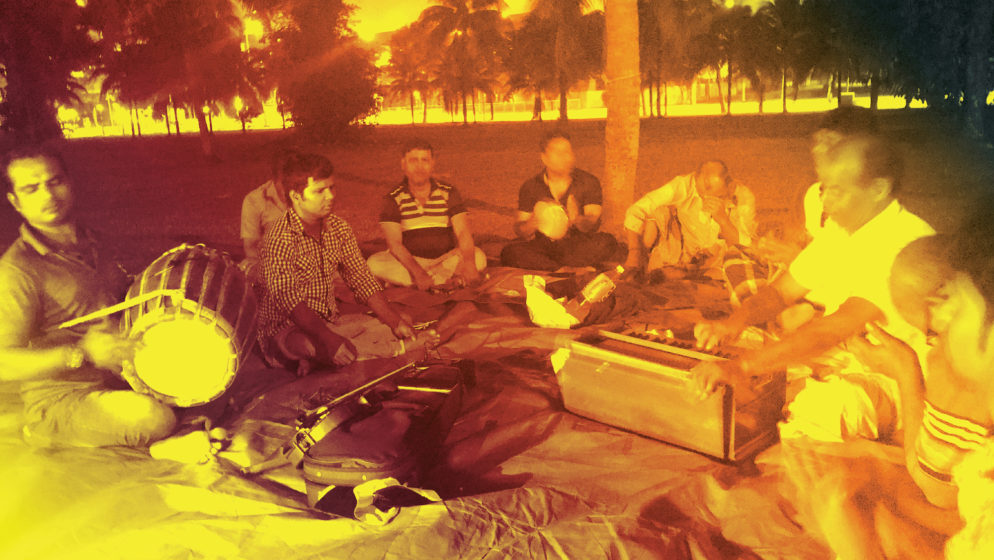 Local experimental band The Observatory is behind film and music series Source, which pushes the boundaries of expression related to life, art, and culture. Musicians from Singapore’s migrant worker community take centre stage in the latest edition, Source & Audible Lands. Here, they will star in an improvised performance alongside the band and celebrated Japanese musician Otomo Yoshihide and feature in the premiere of local filmmaker Eric Lee’s documentary. As The World Tipped

As The World Tipped sees bungee-assisted performers from the Wired Aerial Theatre (UK) troupe act out an environmental disaster movie against the backdrop of The Meadows at Gardens by the Bay. Nigel Jamieson (who produced Tin Symphony at the 2000 Sydney Olympic Games) directs the performance, which follows the staff at Secretariat of the Copenhagen Climate Change Conference who remain oblivious to the world’s damaged state. The event blends theatre, film, dance, and activism to highlight the urgent and thought-provoking nature of climate change. 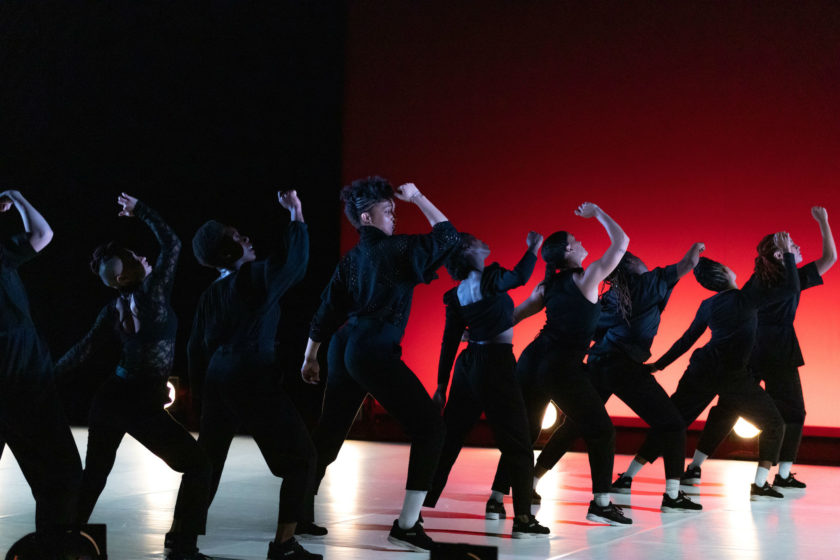 French choreographer Ousmane Sy directs Queen Blood, which explores the journey of womanhood through the dynamic genre of house dance. The seven-piece female squad Paradox-Sal, who has trained with Sy for several years, headlines the show. Issues such as intimacy and emancipation will be brought to life with the troupe’s sheer confidence, technical mastery, and disciplined rigour. Afro house rhythms, hip hop, and dance battles converge in this unmissable performance. 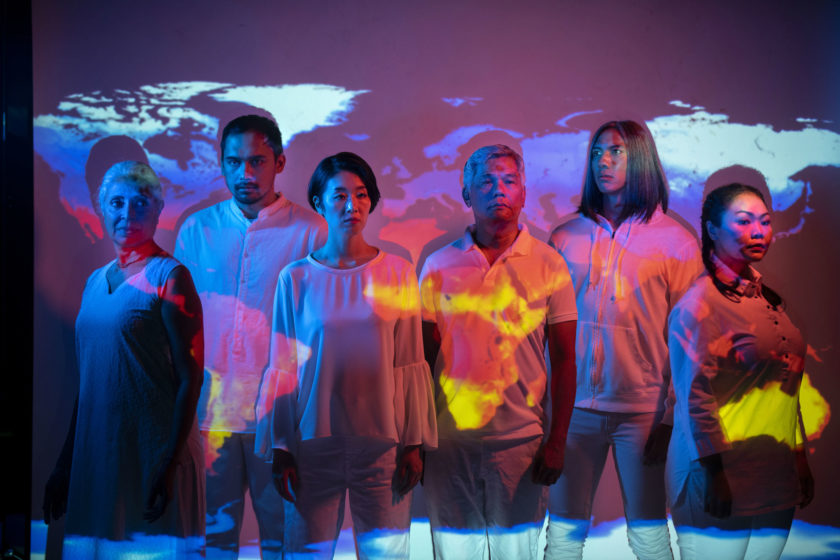 The Year of No Return

The Year of No Return is an interdisciplinary collaboration between artists from Japan, Malaysia, The Philippines and Singapore. The performance charts personal stories, struggles, and responses in light of the climate emergency and its innumerable consequences while considering the political regimes that dictate it. Compelling, urgent, and universal, the show will be performed in English, Japanese, Malay, and Tagalog with English surtitles. It is the brainchild of playwrights Haresh Sharma and Rody Vera (who hail from Singapore and The Philippines respectively) as well as local Artistic Director Alvin Tan. 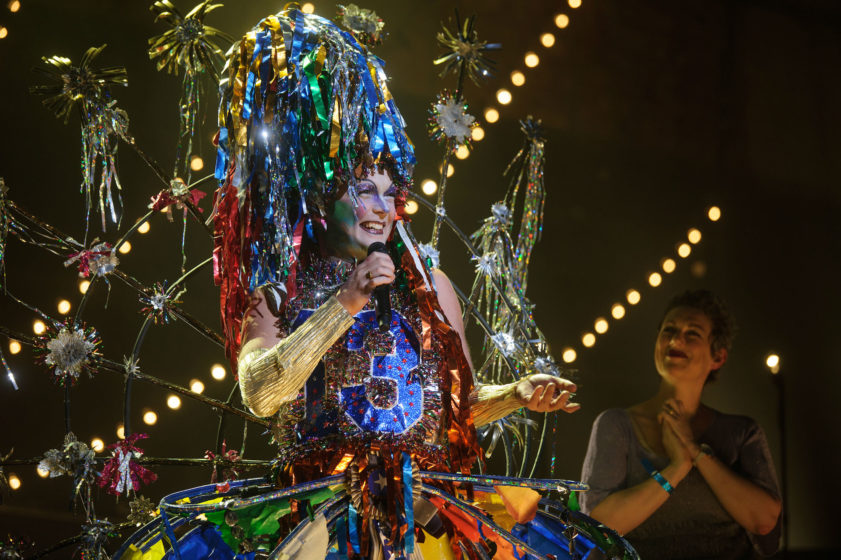 A 24-Decade History of Popular Music

Taylor Mac’s A 24-Decade History of Popular Music brings together performance art, music, theatre, and social commentary as he performs a mash-up of American pop songs from the last 240 years. This two-hour iteration of the original day-long performance will expound the last two centuries of American music (think disco, murder ballads, and David Bowie), history, and dysfunction. As a drag queen, Tony-nominated playwright, and Pulitzer Prize Finalist for Drama, Mac is renowned for his sharp insight into politics, marginalised groups, and queer culture. 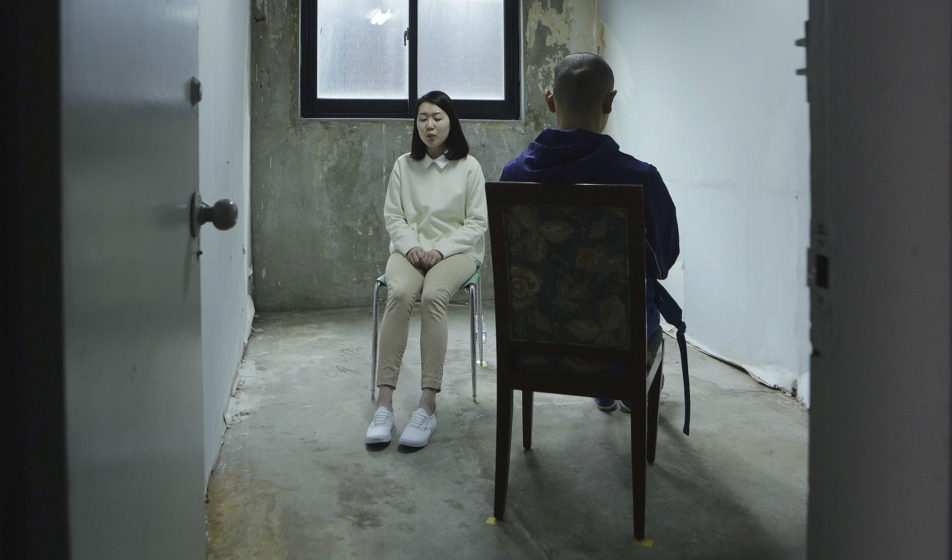 No Longer Gagok: Room 5↻ is an immersive experience by Korean vocalist Park Minhee. She specialises in gagok, an 18th-century musical tradition, and uses the performance to share her experiences in interpreting the genre for the present day. Here, audiences will traverse through seven rooms, where they come face-to-face with performers and grapple with how traditional music might be translated and considered in the contemporary age.

Address
Festival House, The Arts House, 1 Old Parliament Ln, Singapore 179429
Website
Website here
Start Date
22 May 2020
End Date
24 May 2020
SIFA SIFA 2020
Stephanie Yeap
Writer
Stephanie writes about food and culture. She has a soft spot for the visual and literary arts and can be found at the latest exhibition openings. Currently, she's on a quest to devour as much SingLit as possible.