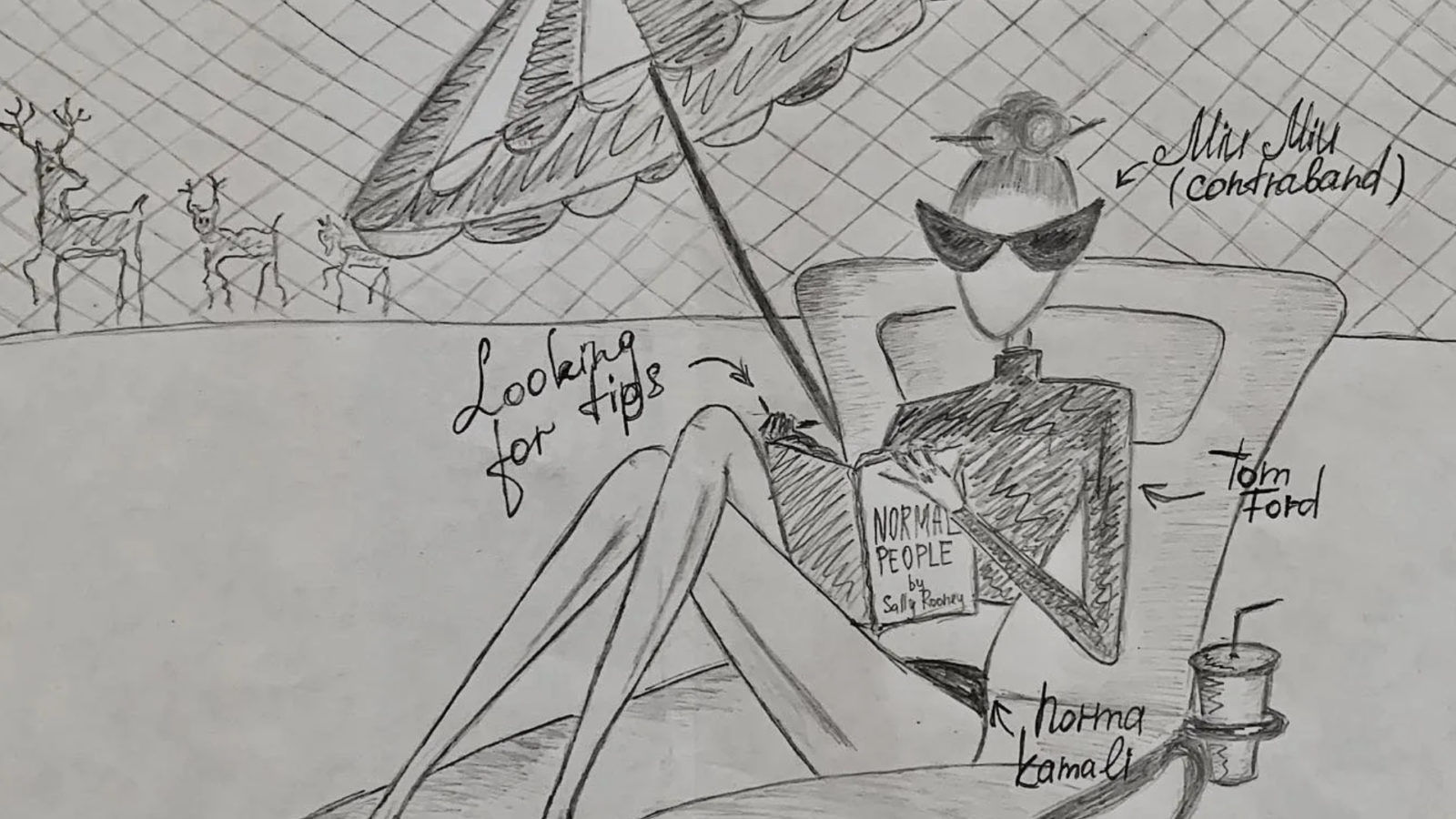 An exhibition of artworks dedicated to convicted scammer Anna “Delvey” Sorokin has opened in New York City on 17 March and will continue till 24 March 2022.

Titled ‘Free Anna Delvey’, the exhibition showcases five drawings made by Sorokin herself.

What the ‘Free Anna Delvey’ exhibition has in store

The artworks are sketches and can be seen as both self-portraits and self-parodies. Through them, Sorokin shows herself living a high life. One of the artworks depicts her relaxing inside what looks like a prison with deer outside the barbed wire fencing. Sorokin uses pointers to mark her shades by “Miu Miu” and her top by “Tom Ford”.

The artworks have been curated by Julia Morrison and Alfredo Martinez.

Interestingly, Martinez is an art forger who was convicted around two decades ago for selling forged Basquiat drawings to collectors.

But he gained fame later on as an artist, reflecting on his situation and was even featured at MoMA.

Martinez recreated some of Sorokin’s works. One of them is titled Send Bitcoin, which shows Sorokin wearing Alexander Wang and a pair of “prison socks”. In it, Sorokin is seen looking at a huge computer screen and reading an email, while the “Send Bitcoin” appears as a thought bubble.

According to Daily Beast, Ira Meyerowitz, a New York attorney working as Sorokin’s general counsel, said that the exhibition is “really helping Anna.”

Who is Anna Sorokin?

Sorokin, a Russian-born German, was convicted of grand larceny in 2019. She was sentenced to four years in prison for posing as German heiress Anna Delvey and duping bankers, luxury hotels, restaurants and members of the high society in New York City, US.

In February 2021, Sorokin was released for good behaviour but the Immigration and Customs Enforcement (ICE) arrested her six weeks later. She has been in jail since and is awaiting deportation to Germany.

According to the New York Post, Sorokin has claimed that she has been inundated with marriage proposals and adoption bids. The report says that she is “furious about her potential deportation, as she was anticipating a hearing on April 19.”

Netflix created the series Inventing Anna based on Sorokin. It was released in 2022 and stars Julia Garner as Anna Sorokin.

Art Exhibition Netflix Anna Delvey Anna Sorokin
Manas Sen Gupta
Manas enjoys reading detective fiction and writing about anything that interests him. When not doing either of the two, he checks Instagram for the latest posts by travellers. Winter is his favourite season and he can happily eat a bowl of noodles any time of the day.
Travel Culture Entertainment Food
Sign up for our newsletters to have the latest stories delivered straight to your inbox every week.