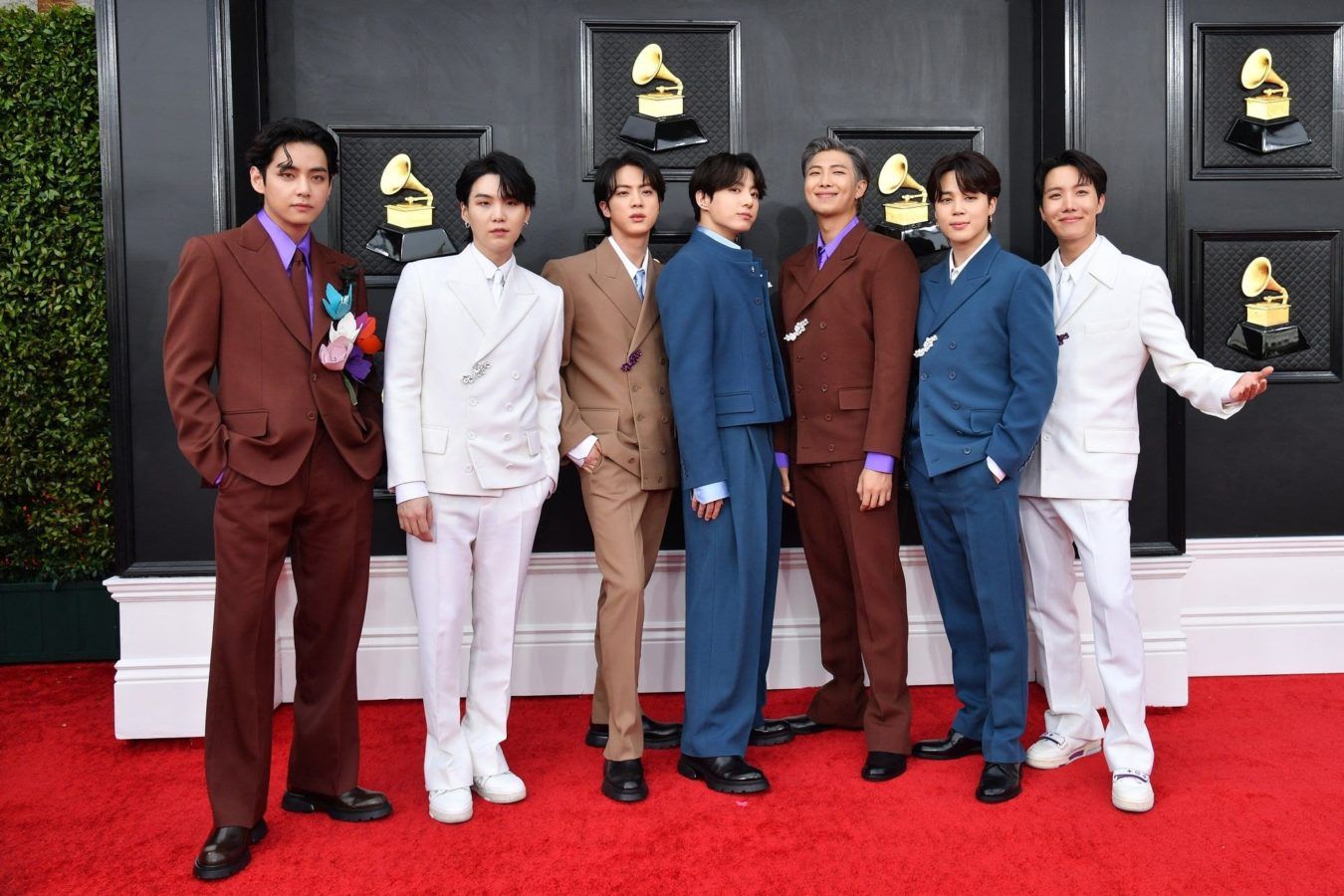 Culture
Grammys 2022: Best-dressed stars on the red carpet
Share this article
Next article

Held on 3 April, the 2022 Grammy Awards were all about glitz and glamour when it came to the best-dressed stars on the red carpet. Celebrities turned out in some of their best outfits for the music industry’s biggest night at the MGM Grand Garden Arena in Las Vegas.

While the star-studded Grammys saw some gorgeous shades of pink, including Justin Bieber in a hot pink beenie over his Balenciaga suit, many other celebrities served bold looks in black as well. Stars like Billie Eilish, Dua Lipa, Lady Gaga, Olivia Rodrigo, Jack Harlow and Halsey arrived donning black ensembles accessorised in different ways. H.E.R. and Japanese Breakfast added shades of yellow to the best-dressed looks.

Here are all the best red carpet looks from Grammys 2022

Justin Bieber in Balenciaga and Hailey Bieber in Saint Laurent

Fashion Music Grammy Awards red carpet looks
Divya Jain
When not editing copies, Divya can be found reading a book, listening to horror podcasts or planning her next trip. She is a coffeeholic like Lorelai Gilmore who always needs 'coffee in an IV.'
Lifestyle Entertainment Travel
Sign up for our newsletters to have the latest stories delivered straight to your inbox every week.