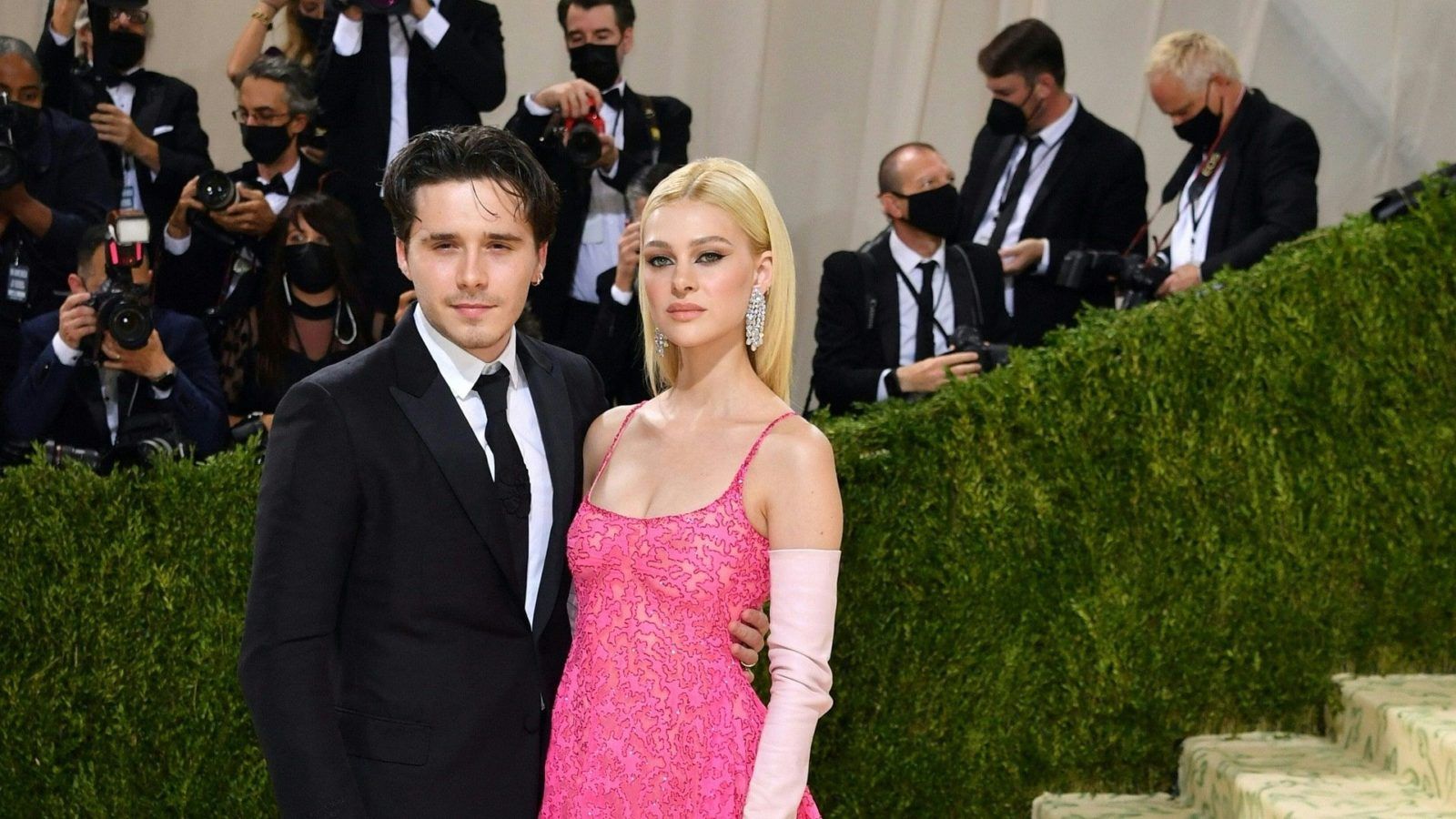 The wedding of David Beckham and Victoria’s eldest son Brooklyn to American actress Nicola Peltz was an extravagant affair that reportedly cost US$4 million.

The Jewish ceremony was held on Nicola’s family estate at Palm Beach, Florida. Events were held throughout the day, with the who’s who of the celebrity world dropping by.

According to reports, the Valentino gown she wore had a sweeping veil with delicate lace embellishing.

She is said to have visited Valentino creative director Pierpaolo Piccioli in Rome with her stylist Leslie Fremar to oversee the design.

The wedding ceremony of Nicola Peltz and Brooklyn Beckham was held in the evening in the first of the three gigantic tents on the ocean front lawn of the estate owned by Nicola’s father, Nelson Peltz, and mother, Claudia Heffner.

As per Jewish tradition, a rabbi officiated the wedding following which Brooklyn smashed a napkin-wrapped glass under his heel. The couple then kissed in the presence of all the attendees.

Orchids were hung from the ceiling to form the chuppah — a canopy under which the couple stands during a Jewish wedding.

Brooklyn’s brothers, Romeo and Cruz, were his best men. Among the bridesmaids was his only sister, Harper.

Victoria, who wore a strapped grey satin gown with lace embellishing, was seen holding her husband David Beckham’s hand and looking on proudly as their son got married.

Former member of Spice Girls and Victoria’s friend Mel C was also present. But Emma Bunton and Geri Horner, the other two members of the iconic band, could not make it to the wedding.

Among the other most significant names who could not turn up due to professional engagements was Brooklyn’s godfather Sir Elton John.

Professional hockey player Brad Peltz and actor Will Peltz, two famous names among Nicola’s seven siblings, were present along with the rest of the members of her family.

Magician David Blaine and singer-songwriter Marc Anthony were among those who performed at the wedding.

Events were held in separate tents on the estate. Cocktails were served in one while food in another. There was also a dance floor on which both Brooklyn and Nicola danced.

Food for the event was prepared by Miami chef Thierry Isambert, the former cook of US President Bill Clinton.

Nicola and Brooklyn went public with their relationship in November 2019 and just eight months later, in July 2020, they got engaged. Brooklyn is believed to have proposed with a US$325,000 emerald and diamond ring.

The two first met in 2017 at Coachella music festival in California but they didn’t connect till two years later. The couple owns a US$9.7 million home in Beverly Hills.

Victoria Beckham Wedding David Beckham Brooklyn Beckham Nicola Peltz
Manas Sen Gupta
Manas enjoys reading detective fiction and writing about anything that interests him. When not doing either of the two, he checks Instagram for the latest posts by travellers. Winter is his favourite season and he can happily eat a bowl of noodles any time of the day.
Travel Culture Entertainment Food
Sign up for our newsletters to have the latest stories delivered straight to your inbox every week.