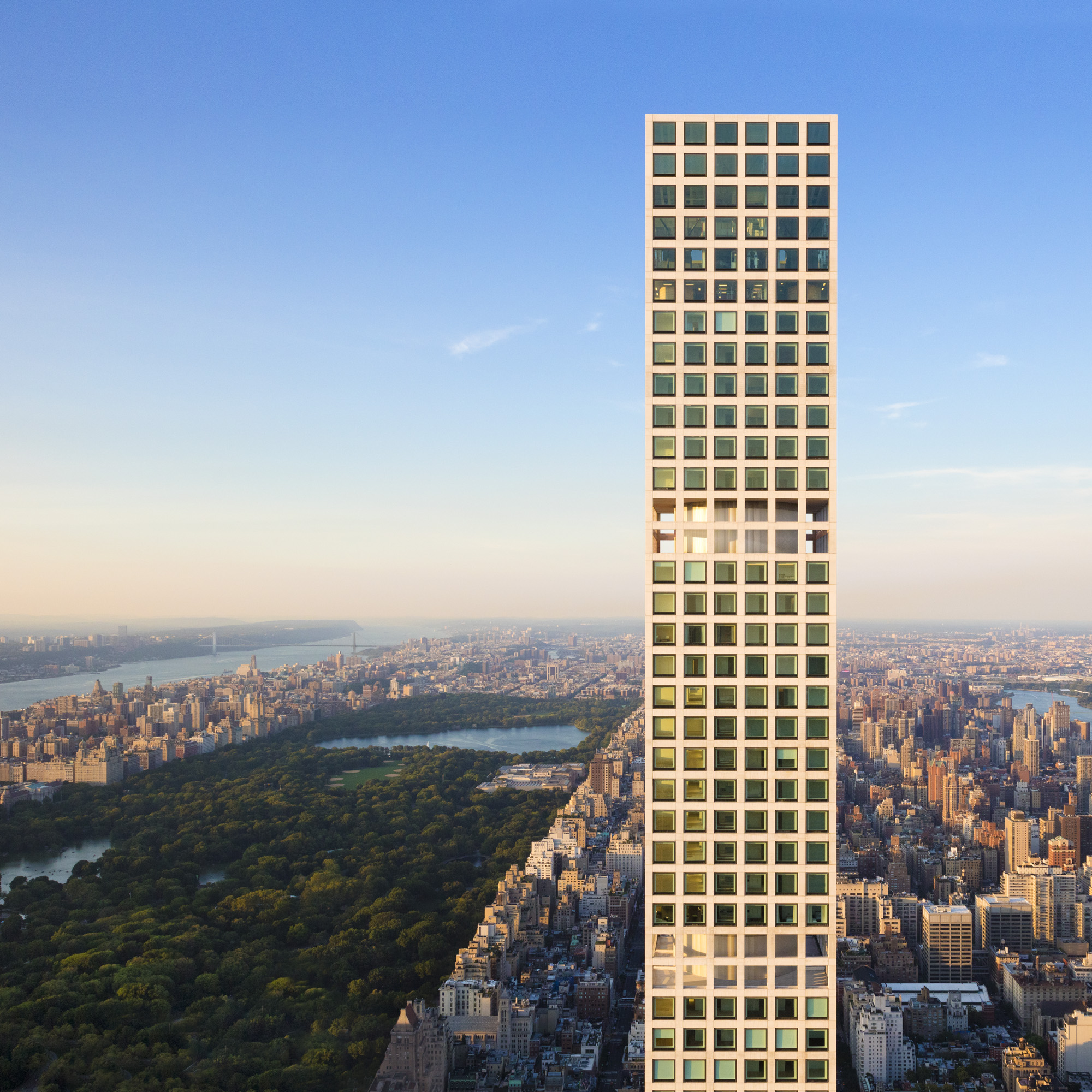 Culture
A home high above Manhattan: 432 Park Avenue
Share this article
Next article

One of the most striking architectural developments of the past two decades has been the rise — literally — of skyscrapers to once-unthinkable heights. From Dubai to Kuala Lumpur, this upward trend has been most noticeable in Asia, currently home to 21 of the world’s 25 tallest buildings, all of which have been built since 1998 (with the sole exception of Chicago’s Willis Tower, formerly known as the Sears Tower). While the vast majority of these supersized structures have been constructed for commercial purposes — to house offices, retail space, hotels, or some combination of the three, we’ve now entered a period in which a new type of building is transforming city skylines: the residential skyscraper.

To witness the future of luxury living, you need look no further than New York City’s so-called Billionaires’ Row — roughly defined as the streets nearest the southern edge of Central Park — where a high concentration of these residential mega-towers stand or are currently being constructed. Most impressive amongst these is 432 Park Avenue, a slender, 96-storey building that tops out at 1,396 feet (425.5 metres), making it the tallest residential skyscraper in the world — for now, at least. Designed by Uruguayan architect Rafael Viñoly, 432 Park Avenue is an exercise in geometric simplicity, with six square windows lining all four sides of each floor, each one measuring 10 feet by 10 feet. The result is an exterior appearance that some have affectionately or derisively likened to a waffle iron, but what’s it really like inside one of the world’s most extraordinary residences?

I recently had the chance to tour 432 Park Avenue and find out for myself. (The 96th-floor penthouse may have sold for an eye-watering US$86.77 million last fall, but a handful of residences — ranging in price from US$17.4–$82 million are still available.) In an effort to showcase the full potential of the remaining units, the building’s co-developers, CIM Group and Macklowe Properties, recently unveiled a 3,997-square-foot model penthouse residence designed by famed interior designer Kelly Behun. Located on the 92nd storey, this half-floor residence is the highest completed penthouse in the tower, and it’s part of a limited selection of newly released penthouse inventory at 432 Park Avenue.

Allow me to state the obvious: the views are breathtaking at 1,224 feet above New York. With southern, eastern, and western exposures, this penthouse boasts panoramic views featuring iconic landmarks such as the Empire State Building, the Chrysler Building, Central Park, the Statue of Liberty, the Brooklyn Bridge, and One World Trade Center. On clear days, you can even see New York Harbor extending out to the Atlantic Ocean. In a bit of visual bravura, you’re faced with a southern view of Manhattan’s skyscrapers as soon as you enter the penthouse. The effect — though admittedly not for those with vertigo or a fear of heights — is mesmerising, and I began to imagine many long hours perched on the built-in window seats, taking in the electrifying skyline.

With nearly 4,000 square feet in the penthouse, including three bedrooms and three bathrooms, Behun had plenty of room to realise her vision. To complement — or rather, contrast with — the building’s perfect geometry, the designer filled the penthouse with asymmetrical pieces, bright colours, and comfortable touches to create a space that feels inviting and elegant — not cold or hermetically sealed, as I worried a very expensive penthouse in a very tall building might appear. Highlights include a 20-foot-wide headboard in the master bedroom that was inspired by the art of Frank Stella, and a specially commissioned Venetian plaster installation for the living room’s fireplace wall, which was created based on a deconstructed Art Deco geometric pattern designed by Behun. The design is accented by artwork from established and emerging talents such as Jack Pierson, Dean Levin, Helen Frankenthaler, Lynda Benglis, and David Choe. It’s worth noting that the penthouse can be purchased as is, with Behun’s design, or it can simply serve as inspiration for other residences in the building.

Other highlights of the penthouse can be found in all residences in 432 Park Avenue: a gorgeously equipped kitchen (think Italian cabinetry and Miele stainless steel appliances) with a marble breakfast bar in front of a huge window, a master bathroom featuring statuary book-matched marble floor and walls plus a freestanding soaking tub and a 1,200-pound solid cubic Bianco Sivec marble vanity, and finished ceiling heights of 12.5 feet. Throughout the building, the residences are particularly well suited to hosting events, with layouts that separate cooking and entertaining spaces, which will captivate guests with those spectacular views, from the living quarters; service hallways and elevators, meanwhile, make it easy to accommodate hired staff for dinner parties and the like.

The type of buyer who considers living at 432 Park Avenue surely expects nothing less than world-class services and amenities similar to those found in leading five-star hotels. The building responds to that demand with three double-height floors dedicated to dining, entertainment, and wellness. In these shared spaces, residents have access to an exclusive restaurant, sun terrace, 75-foot indoor swimming pool, fitness center with yoga and treatment rooms, executive boardroom, billiards room/library, and an 18-seat screening room that doubles as a performance space. For the busy globetrotting billionaire, then, 432 Park Avenue is a sort of urban resort, one that caters to every need.

The building staff includes dozens of veterans from the luxury hospitality and residential fields, and they are more than adequately equipped to provide top-tier concierge services and help residents live a life of effortless luxury. In keeping with the building’s dedication to its residents’ comfort and convenience, additional services such as on-site climate-controlled wine cellars, office suites, studio apartments for guests and staff, private storage, and valet parking are also available. The best part of all is that 432 Park Avenue is a condominium, meaning there’s no laborious approval process from the co-op boards found at some of New York’s most famous addresses.

432 Park Avenue won’t always be the tallest residential building in the world — that’s a known fact — but its location, quality of design, epic views, and outstanding services will all last a lifetime. All in all, it’s a serious contender for buyers with the means who are looking to acquire a home in Manhattan, at one of the most prestigious addresses on the planet. As for me, I’ll be holding onto my memories of those one-of-a-kind views, perfectly framed by those iconic square windows, until I’m fortunate enough to receive an invite to a fabulous cocktail party in one of the penthouses high above the twinkling city below.

To take a closer look inside the 92nd-floor penthouse at 432 Park Avenue, check out this video interview with designer Kelly Behun: