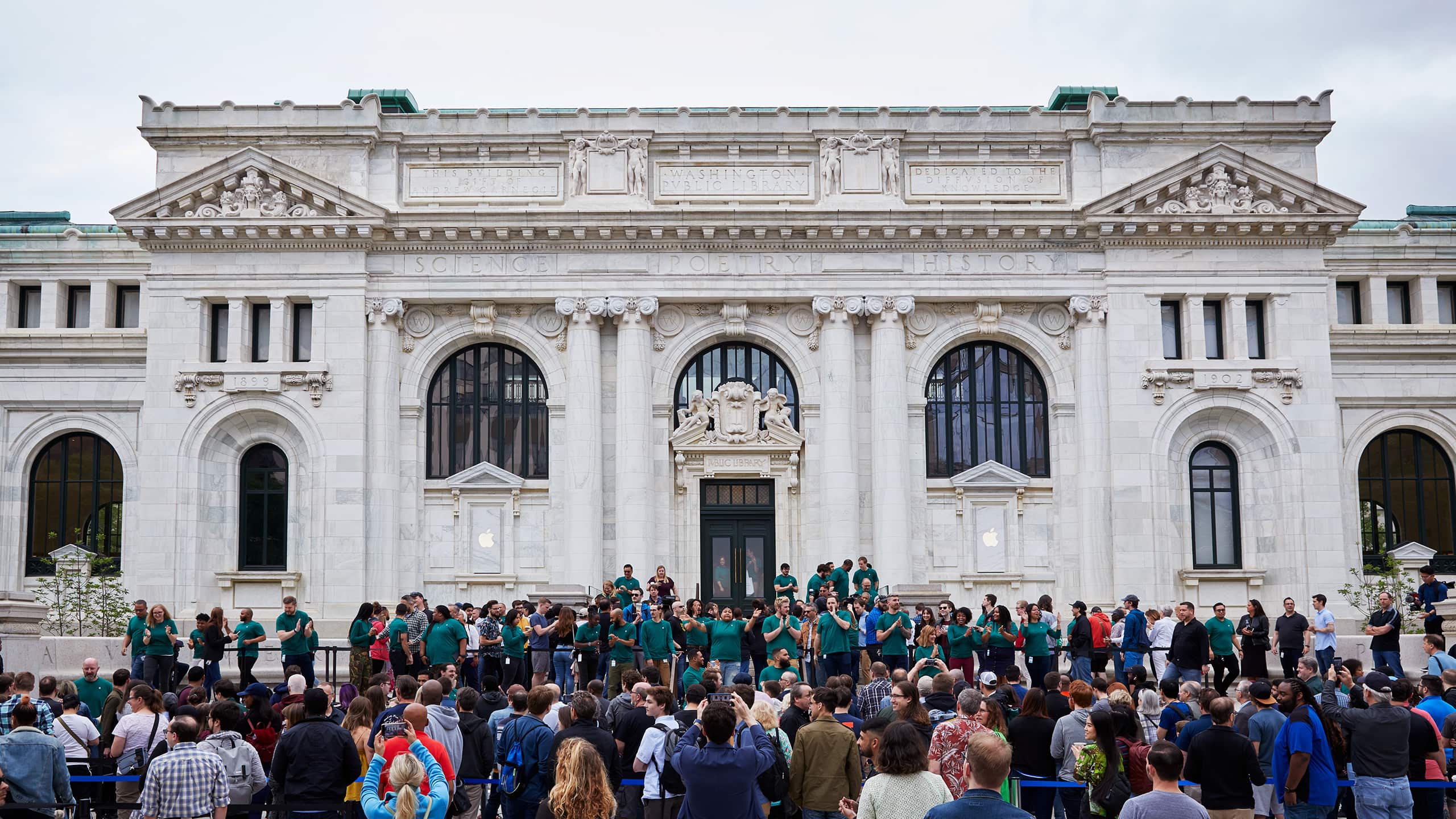 If there’s a company that can wow with its stores, it’s Apple. Besides their iconic Fifth Avenue flagship and the jaw-dropping campus in San Francisco (both of which have ultra-modern designs), the billion-dollar company has also invested heavily into restoring historic buildings, most recently the Carnegie Library in Washington D.C.

Constructed in 1903, the Carnegie Library’s restoration was made possible thanks to Apple’s Chief Design Officer Jony Ive, their long-standing partners Foster + Partners, and conservation experts to ensure the cultural footprint of the library would be preserved.

The new store in the Carnegie Library adheres to Apple’s retail vision that makes these spaces more than just an avenue for a transaction to be made. Besides offering free Today at Apple sessions daily, there will be a six-week-long StoryMaker Festival that sees 40 artists leading those sessions for budding creators.

But more than that, it will also be the site of the new DC History Center. The center will play home to the Kiplinger Research Library, three galleries, and a museum store owned and operated by the Historical Society of Washington D.C.

In an interview with Vogue Business earlier this year, former SVP of Retail Angela Ahrendts also divulged that within the walls of the store are thousands of location-sensing beacons. They’ll greet visitors to the store and prompt them pay for their purchases with the Apple Store app instead of the cash register, Ahrendts said. Don’t worry, it’s not as creepy as it sounds, with the feature being an opt-in one.

“Whether customers come to explore new products, visit one of our Geniuses or unlock their creativity in a Today at Apple session, Apple Carnegie Library is a place for everyone,” Deirdre O’Brien, SVP of Retail and People said in a statement on the opening.

“We are excited to share this magnificent space with all of our visitors in Washington, D.C., and to provide a home for inspiration for the next generation.”

Take a peek into Apple Carnegie Library in the gallery below.