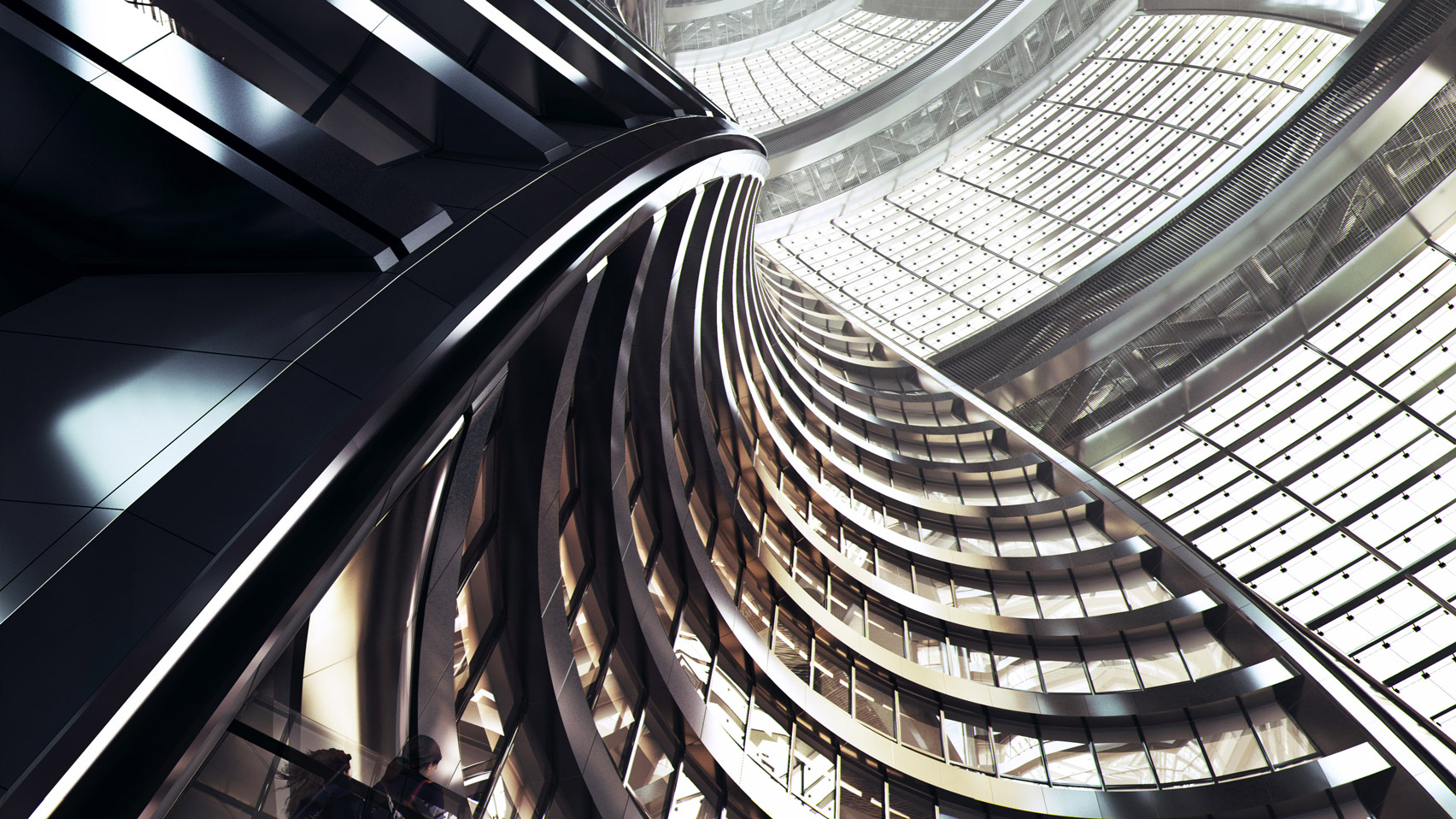 The mention of the late Zaha Hadid, the queen of contemporary iconic architecture, evokes visions of curved walls and ceilings that seem to melt into each other. The first woman to win the Pritzker Architecture Prize in 2004, Hadid has been credited for giving rise to a new, voluptuous, and more vibrant genre of architecture.

Even after her passing, her works continue to live on. There was the Bulgari B.Zero1 Design Legend ring, a collaboration between Hadid and the Italian fashion house. The visually-arresting, curvilinear jewel was released late last year.

The next project that looks set to captivate fans of the “starchitect”, is Leeza Soho, a mixed-use property in Beijing’s Lize Financial Business District. Hadid’s firm, Zaha Hadid Architects, has just released new images of the 46-storey building. It is the latest of four project collaborations between the London-based architecture firm and Soho China — promising to be a striking addition to Beijing’s skyline. The structure was among one of the many projects Hadid worked on before her death in March last year.

A distinctive feature of the Leeza Soho is its atrium, which extends 190 metres through the full height of the structure. The signature Zaha Hadid “twist” allows natural light to flood the building, resulting in breathtaking views of the city from the centre of its floors.

The atrium unites two twisting sections, which contain 172,800 square metres of office and residential space. Upon completion, the atrium is expected to be the world’s tallest — a title now held by the Burj Al Arab Hotel in Dubai.

Structurally, the envelope uses a double-insulated, unitised glass curtain, which allows ventilating registers to draw outside air through an operable cavity when required. This creates a comfortable indoor environment throughout Beijing’s changing seasons.

The structure is still under construction and is slated to reach its full 207-metre glory in September this year. It is expected to be completed in late 2018.

Architecture Design Zaha Hadid Zaha Hadid Architects Leeza Soho
Dewi Nurjuwita
Senior Writer
Dewi Nurjuwita is a travel and design writer who can be found exploring the streets of foreign cities with passport in one hand and a cup of coffee in the other.
Travel Architecture Interior Design