Home > Culture > The Arts > Art 101: Who are the masters of American modern art? 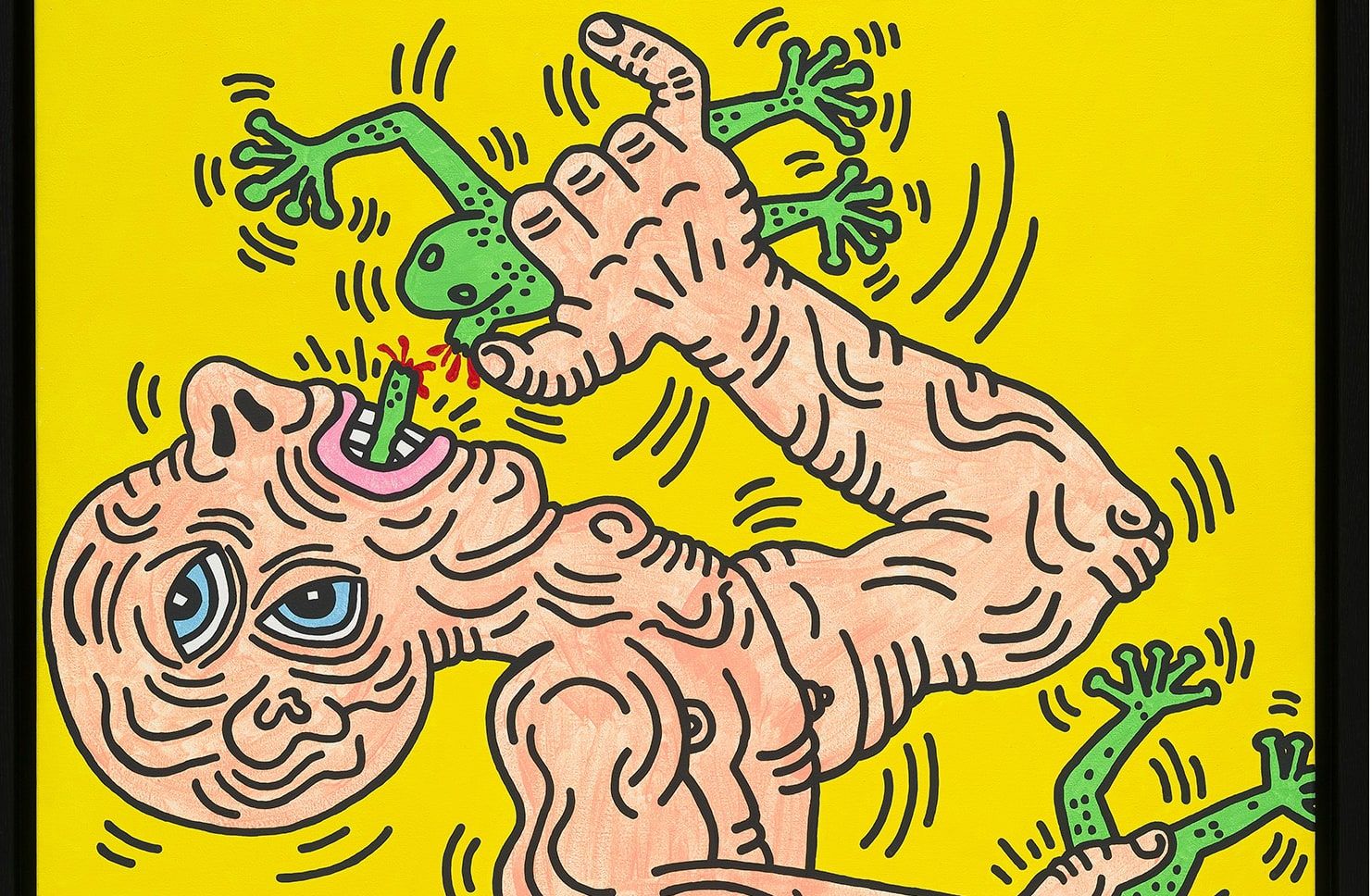 Art 101: Who are the masters of American modern art?

Culture
Art 101: Who are the masters of American modern art?
Share this article
Next article

If the US has to pinpoint their equivalent of a Renaissance period in their art history, it would’ve been in the 1980s. Social issues and an increasingly vocal audience of the time was fodder for rebellious minds. In that period, artists dared to push boundaries and forged their own paths in the pursuit of art. Thus came the leaders and forefathers of American modern art.

As the renowned Opera Gallery celebrates its 25th anniversary, it pays homage to America’s revolutionary minds in its latest exhibition ‘American Icons’. With more than just controversial aesthetics in their game, artists of the time demanded attention to taboo subjects, accessibility and new philosophies. These artists, the likes of Jean-Michel Basquiat and Keith Haring, are masters of art in their own right. Here, we take a look at enduring legacies behind some of these gargantuan figures in Opera Gallery’s upcoming exhibition on 25th April.

Culture
State of Art: 6 exhibitions to see in Singapore this April 2019 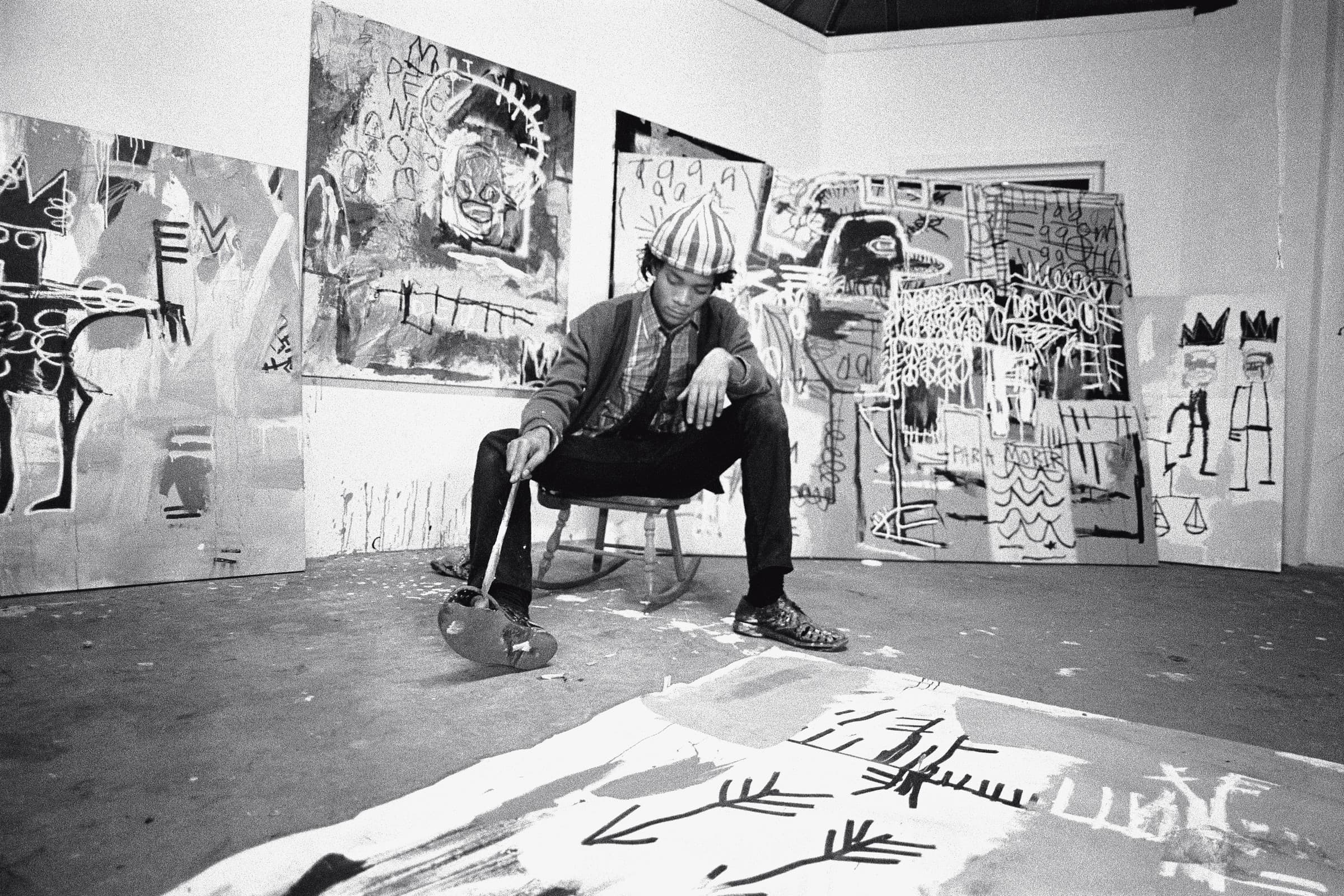 Basquiat found fame in his early days as a graffiti artist but cemented his position in the art world with his paintings. His neo-expressionist works, a unique fusion of scribbles and words, drew inspiration from both street art and hip-hop culture. He saw his work as social commentaries, using it as a way to address issues of racism, poverty and segregation. He died of a heroin overdose at age 27, still riding on the height of his art career. Despite his unfortunate passing and short career, Basquiat’s works from the 1980s remained relevant as ever for minorities and African-American communities in America. In 2017, a Basquiat painting sold for US$110.5 million at Sotheby’s, setting a new record for American artists at auction. 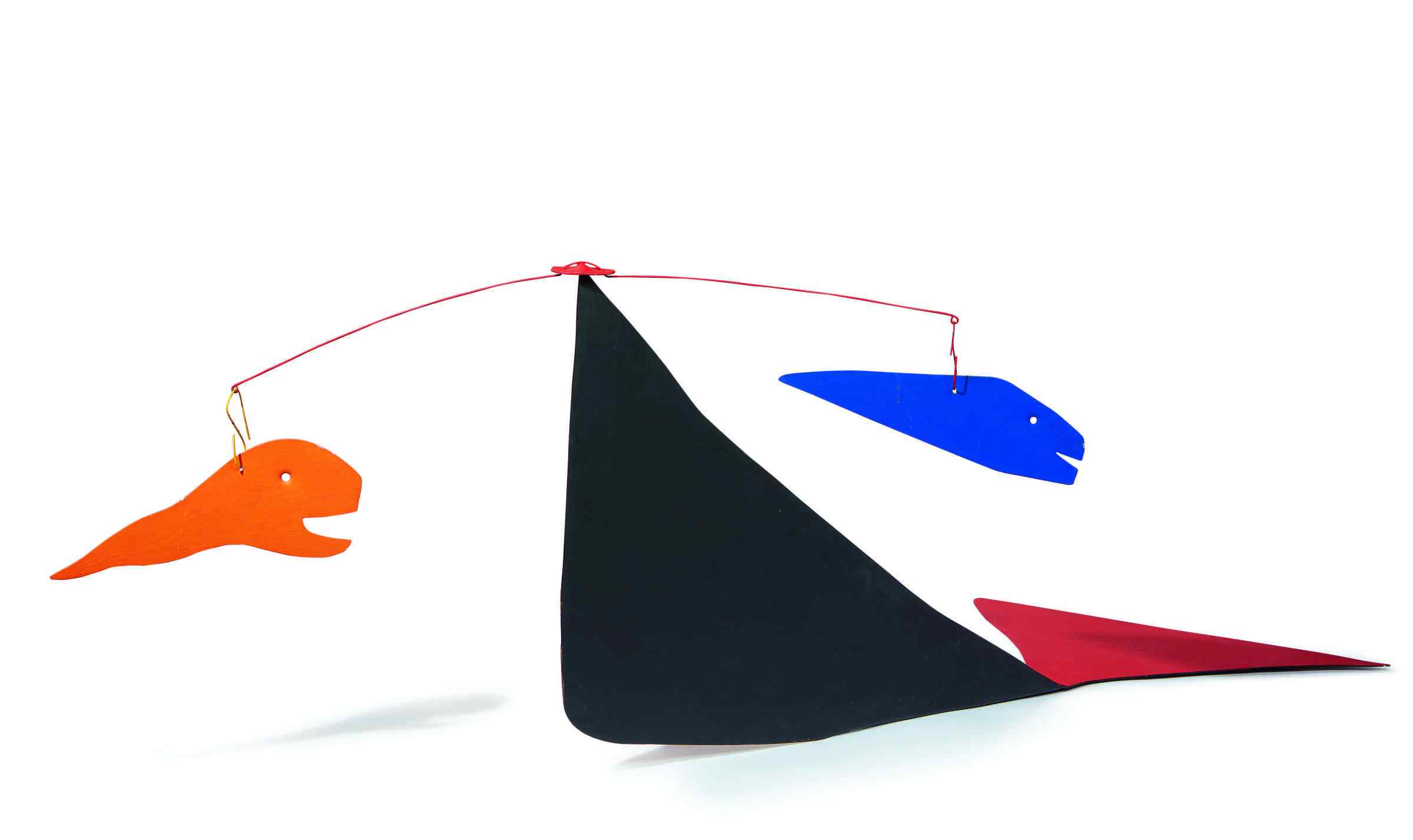 Calder followed his family’s footsteps in sculpture-making but took his own dig at the art form. Tapping onto his mechanical engineering background, the award-winning artist created delicate sculptures of wire and painted metal. His kinetic sculptures, dubbed ‘mobiles’ by the legendary artist Marcel Duchamp, were his signatures and are staples in art museums around the world. Calder was deeply fascinated and influenced by the circus for his work, as such they are often light-hearted and colourful. Opera Gallery’s exhibition also features a selection of his carnivalesque paintings. 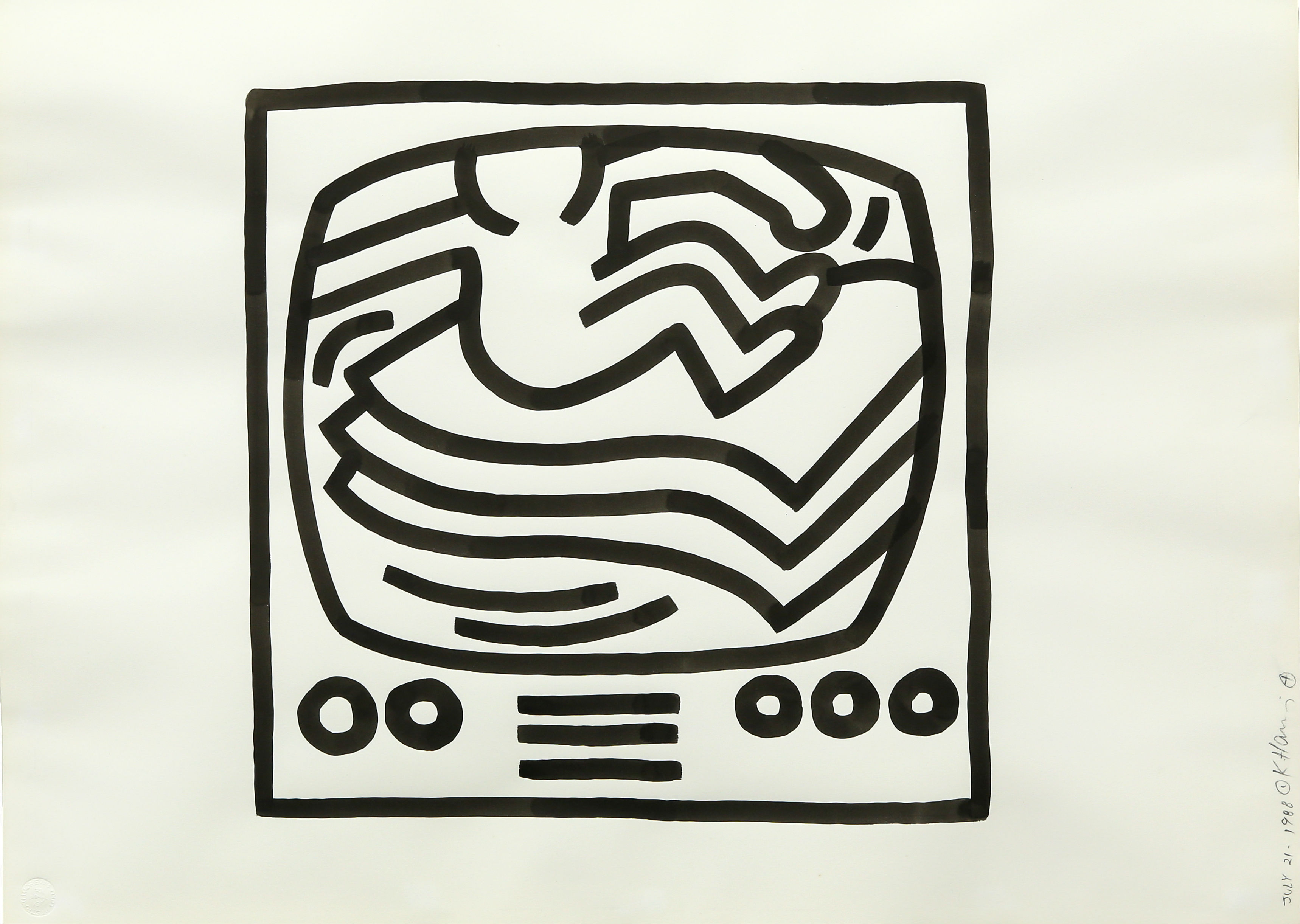 Like Basquiat, Keith Haring started his art career in graffiti work. He first gained popularity for spontaneously drawing on the walls of New York’s subway stations — an activity that led to his multiple arrests for vandalism. He eventually went on to create murals, paintings and sculptures featuring his iconic cartoon-like drawings. Haring was also an advocate for making art accessible, leaving his figures with no race or identity so that they are relatable to all audiences. Haring also used his work as a way to address political and societal issues such as homosexuality and the AIDS epidemic of the time.

The American artist is a prominent figure in the study of Minimalism art, though he often rejects the association. To LeWitt, the concept of an artwork outweighs the execution behind it. Thus most artworks — such as his famous Wall Drawings —  are created by assistants with explicit instructions from LeWitt. Geometric figures and colours play a huge role in his works, creating hypnotic studies of dimension and perception. 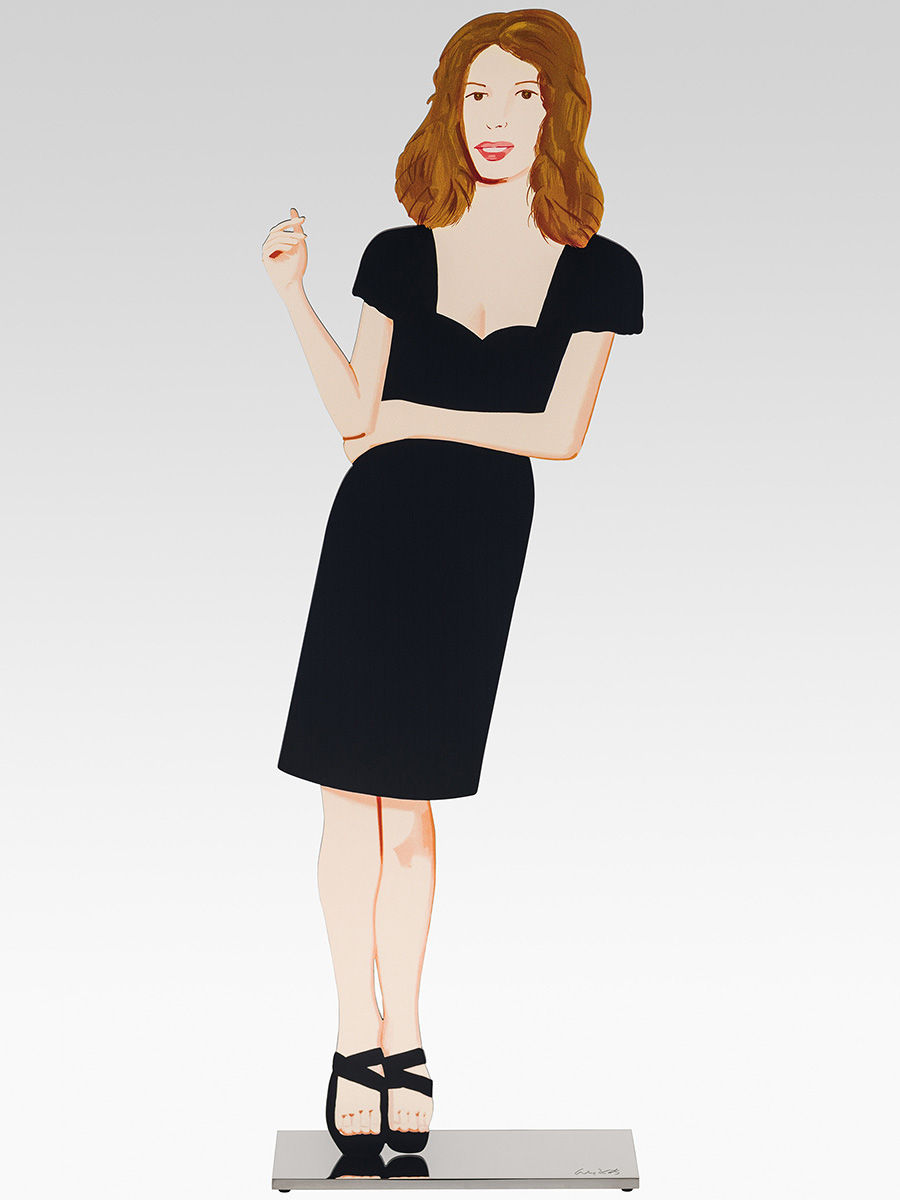 Alex Katz’s works are often seen as precursors to Pop Art. The artist has a good mix of landscape and portraiture work in his oeuvre, though it is the latter that brought him fame. Katz was inspired by billboard advertisements and as such has many large-scale paintings featuring cropped faces or bodies. His signature aesthetic sees paintings and sculpture alike reduced into flat, two-dimensional works. His iconic Black Dress sculptures, a series of nine female standees in aluminium cutouts, are available at Opera Gallery. 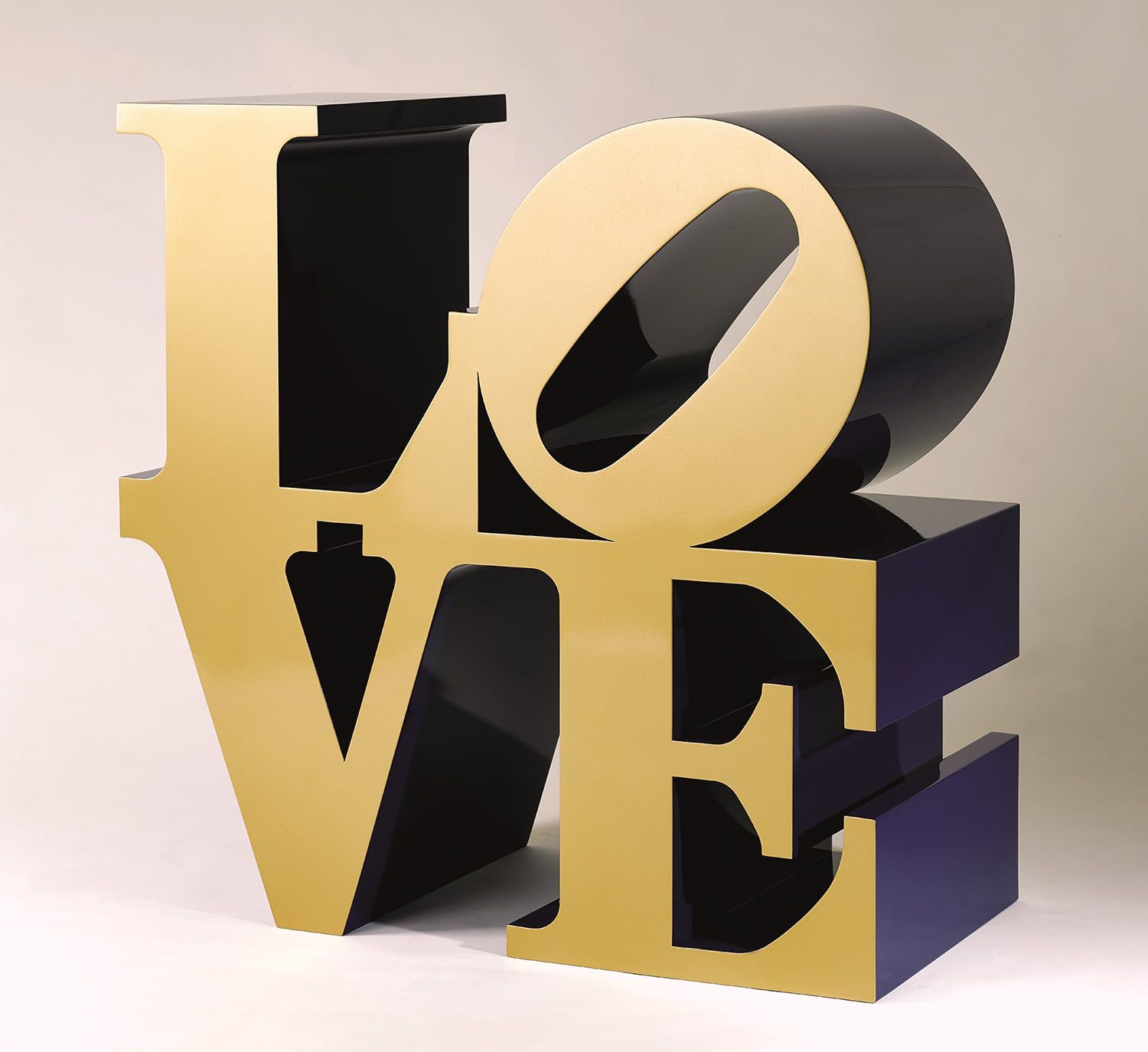 Robert Indiana’s works centre around Pop Art, working primarily with typography.  LOVE, a print on a Christmas card for the Museum of Modern Art, is considered his most famous work. Since its debut in 1965, the work has been cast in sculpture and silkscreen prints. The simplicity of the design has also garnered many new interpretations (in other languages) and parodies that persist even today.

Opera Gallery Jean-Michel Basquiat Modern Art Sol LeWitt
Jasmine Tay
Senior Writer
Jasmine Tay is the dining, culture and jewellery writer. She makes fine silver jewellery and causes mini-explosions in the kitchen when she can't afford fancy dinners. Sometimes she tells people what she thinks about art, and binges on the music of Danzig when they don’t agree.
Dining Culture Jewellery
Sign up for our newsletters to have the latest stories delivered straight to your inbox every week.