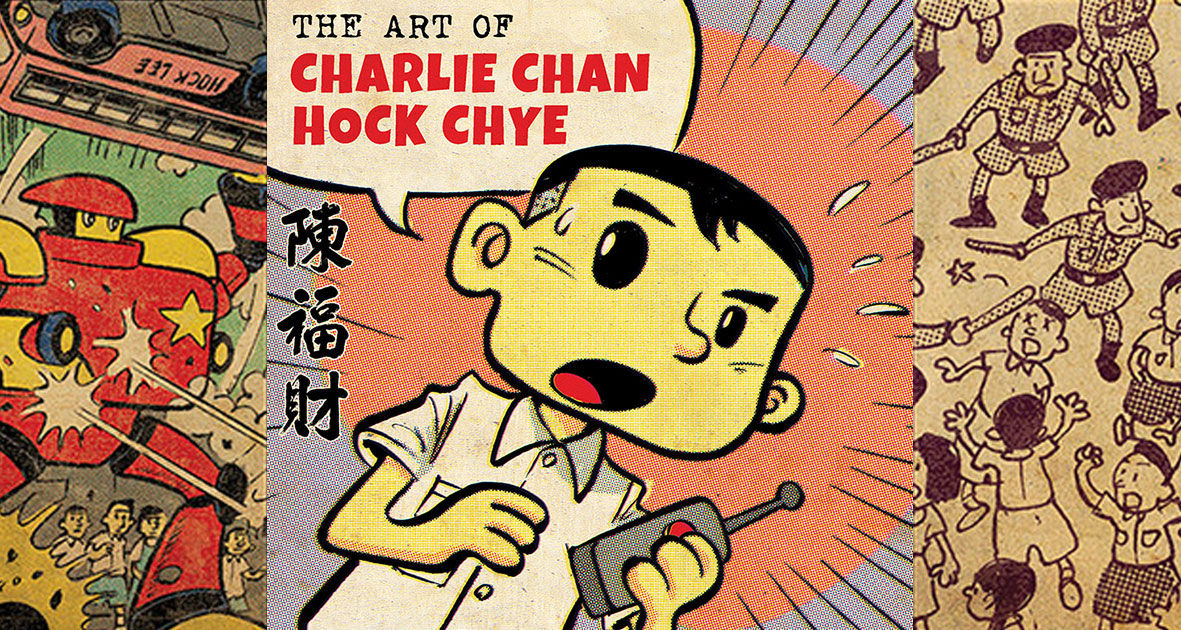 When Sonny Liew started drawing comics for The New Paper a decade ago, he had no idea he would be embroiled in one of the local art scene’s most talked about controversies. On the eve of the Singapore launch of his graphic novel, The Art of Charlie Chan Hock Chye, the National Arts Council (NAC) withdrew an S$8,000 publishing grant due to the comic’s sensitive nature.

That didn’t stop The Art of Charlie Chan Hock Chye from snagging three wins out of the six it was nominated for at the prestigious Eisner Awards this past June. It has since gone on to sell more than 19,000 copies.

“It was a combination of the controversy and the content itself, so there was good word of mouth for the book, and it continued doing well,” said Liew when we met him at the annual Singapore Toy, Game, and Comic Convention (STGCC) that took place in early September.

The Art of Controversy
It begs the question: Is controversy of value to the art world, and given the strict requirements needed for governmental financial backing, how can struggling Singaporean artists make their mark?

Singapore’s arts industry is one that regularly makes the headlines for censorship. Many times, the artist’s intent versus the public’s perception are two different universes. Any deviation from the narrative of a perfect society will be met with vague and veiled censorship statements, in a city where some 85 per cent of the local art scene is funded by the government.

But such funding comes with strings attached. Liew’s incident isn’t the only time the NAC has withdrawn a grant due to clashing ideologies.  This past August, the NAC withdrew part of a S$12,000 grant that was given to Jeremy Tiang for his book, State of Emergency, a novel about the leftist movements in Singapore’s history. It drew many parallels to Liew’s case that happened in 2015, and demonstrates how quick funding from the council can be cut off if the work doesn’t paint a picture-perfect Singapore.

For Liew and The Art of Charlie Chan Hock Chye, the withdrawal from the NAC didn’t come without a sting despite its success. As it happened when the book was already printed, the publisher Epigram was required to place a sticker over the NAC logo to disaffiliate the council from the book.

“When it was withdrawn, I was a bit taken aback,” said Liew. “For the grants to be approved by the NAC, it has to go through several rounds of approval. And given that process, once it was approved we were on pretty safe ground, in spite of whatever content there was. So when it was taken back, I was quite surprised.”

In a bid to further avoid any compromises to his artistic integrity and to untangle himself from the grasp of government funding, Liew returned a S$19,000 Creation Grant from the NAC for his new book, just a few days after our interview.

How then, can stakeholders help the arts industry in Singapore to thrive, without creating a rift between themselves and the creators?

Building An Infrastructure
Much like how there is stable infrastructure given to the business and research industries, there should also be one for the arts, said Liew. He gave the example of Taiwan, where there are funds allocated to support the startup of independent bookstores. The Taiwanese government also sponsors the annual Taipei International Book Exhibition, the fourth largest book fair in the world.

But of course, there will be certain conditions when the government holds the purse strings for artists and publishers. “I suppose the biggest debate in Singapore is whether we have funding because they recognise that the art has merit, or whether they still worry about the political implications,” said Liew. “For Charlie Chan, they felt that because of the political subject, artistic merit didn’t matter to them anymore. And to me, that is a very strange position for an arts council to take.”

With all that said and done, there will still be artists and creatives coming out with content and seeking to be published despite knowing the hurdles that they will face.

“There are a lot of things that need to happen before we have a real industry here, and that comes from all directions,” said Liew. This means that all the stakeholders of the industry – publishers, distributors, bookshops, the media, and the artist themselves – have to be able to work together to bring order. “You need to have a more robust dialogue between state and community to resolve these issues.”

“Everything has to come together for the industry to thrive. There is no silver bullet that can solve everything.”

Check out Sonny Liew and his other works at his website here.

Arts Culture National Arts Council sonny liew the art of charlie chan hock chye epigram comics controversy
Josiah Neo
Writer
Josiah Neo is a tech writer who contributes occasionally to the fashion, travel, and culture beats. When he’s not busy keeping up with the keynotes, he’s probably stuffing his face with the best Melbournian donuts (at Shortstop, BTW) or watching his favourite esports team, the Los Angeles Valiant, pummel their opponents into oblivion.
Technology Travel Fashion Culture
Sign up for our newsletters to have the latest stories delivered straight to your inbox every week.