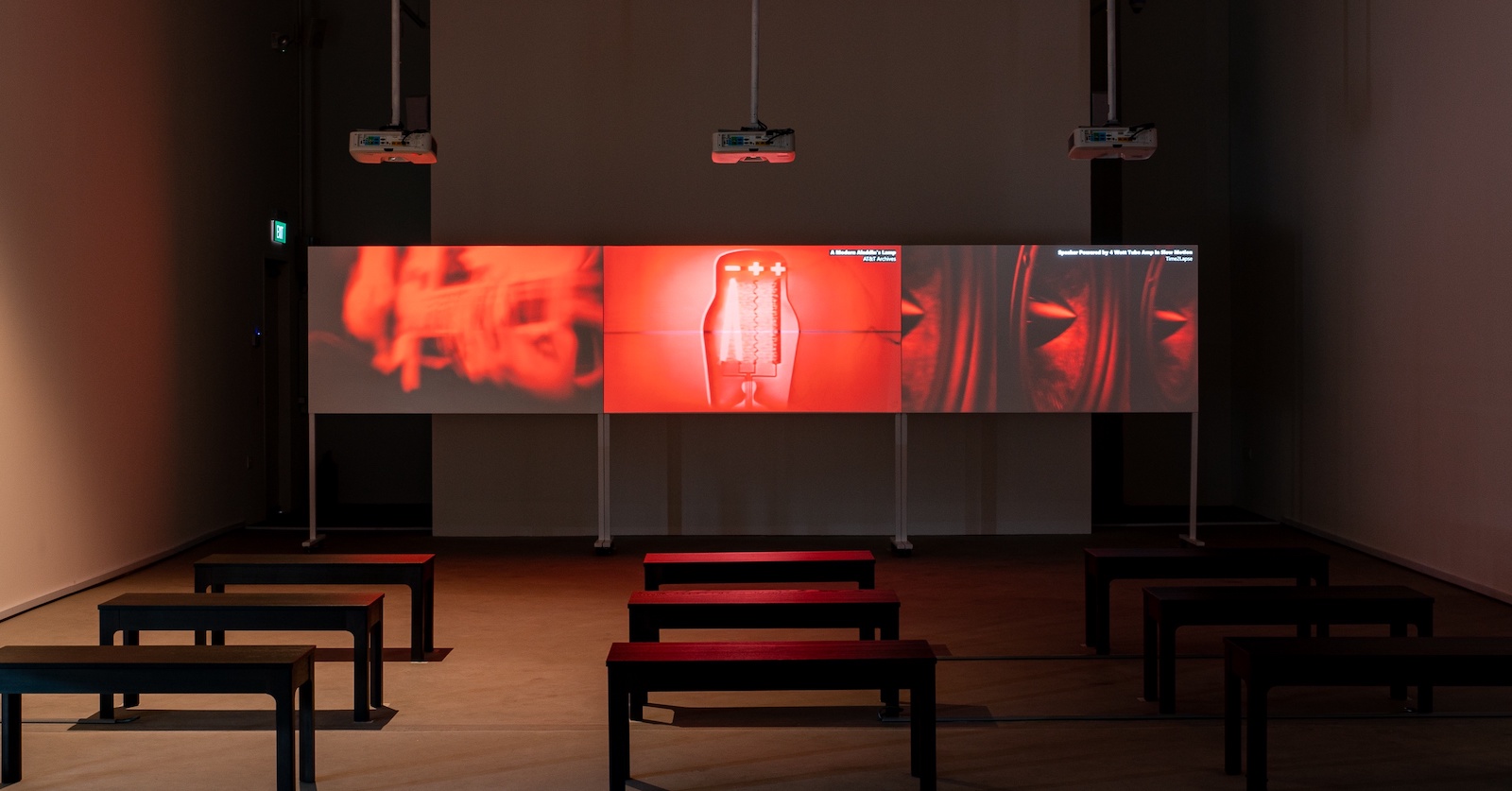 Culture
Forget Spider-Man, here are the best films to see during Singapore Art Week
Share this article
Next article

Believe it or not, there is a lot more to film than Spandex costumes and CGI.

The visual medium offers plenty of possibilities, from experimental video art installations to compelling feature films encompassing genres like sci-fi and romance. Nothing makes that clearer than Singapore Art Week, which kicks off this January. You’ll find film showcases all over the island that will expose you to new ideas and modes of storytelling that aren’t confined to the Marvel Cinematic Universe.

In fact, many of these stories don’t even come from the West. Instead, expect to see the award-winning works of artists and filmmakers from all around Asia, including a handful from Singapore. Ready to experience film in a whole new way? Check out our guide below.

The best film and video art programmes to see this January:

Indonesian filmmaker Kamila Andini will be in the spotlight during Singapore Art Week 2022. Three of her award-winning feature films will be screened at The Projector, namely The Mirror Never Lies (2011), The Seen & Unseen (2017) and Yuni (2021). Each one was picked to coincide with the theme of “affirmative unhappiness” at the centre of the exhibition, “It’s my party and I’ll cry if I want to, you would cry too if it happened to you”. Be sure to check it out after your film viewing: you’ll be treated to art installations by Pure Ever, Samuel Xun, local filmmakers Mark Chua and Lam Li Shuen, and more.

There will be plenty of large-scale video installations to behold at Singapore Art Museum’s newly opened art space in Tanjong Pagar Distripark. You can immerse yourself in Korakrit Arunanondchai’s “A Machine Boosting Energy Into the Universe”, for which the Thai artist created an awe-inspiring setting filled with used electronics, autoparts and clothings that have been refashioned into cyborgs. Alternatively, explore Malaysian artist Gan Siong King’s playful “My Video Making Practice”, which draws on the aesthetics and visuals of music videos, memes, and Internet video culture. It will be screened on select weekends and followed by a dialogue session with the artist himself.

Besides a massive exhibition at Tanjong Pagar Distripark, this year’s edition of S.E.A. Focus includes a showcase of over 20 short films and video works by South East Asian artists. There is quite a range: experimental works, cinematic offerings, animation clips and documentaries have all been curated based on the theme, “chance… constellations”. As part of Singapore Art Week, all of them will be screened at Projector X, the pop-up cinema at Clarke Quay’s Riverside Point where you can enjoy neon-lit interiors and cocktails with your films.

If you have yet to expand your appreciation for East Asian cinema beyond Wong Kar-Wai films, the Asian Film Archive is here to help. This month, it will be showing a restoration of Cheerful Wind (1982) by renowned Taiwanese filmmaker Hou Hsiao-hsien at Oldham Theatre. The screening couldn’t have come at a better time, considering that the film was originally billed as a Lunar New Year flick. We have no doubt that the lighthearted romantic drama will still resonate with viewers today.

Francophiles will not want to miss out on The Projector’s ongoing showcase of French Cult Classics, which highlights three films by Luc Besson. The most noteworthy title is a director’s cut of Léon: The Professional, starring a young, bob-haired Natalie Portman. Fashion fans can marvel at Jean Paul Gaultier’s wild costumes and supermodel Milla Jovovich’s acting chops in the sci-fi spectacle, The Fifth Element, or check out the similarly stylish La Femme Nikita. Alternatively, The Projector is also screening a 20th anniversary restoration of Amélie, so you can experience the adventures of its titular manic pixie dream girl in a whole new way.

Singapore Art Week State of Art events in singapore
Pameyla Cambe
Senior Writer
Pameyla Cambe is a fashion and jewellery writer who believes that style and substance shouldn't be mutually exclusive. She makes sense of the world through Gothic novels, horror films and music. Lots of music.
Fashion Style Jewellery