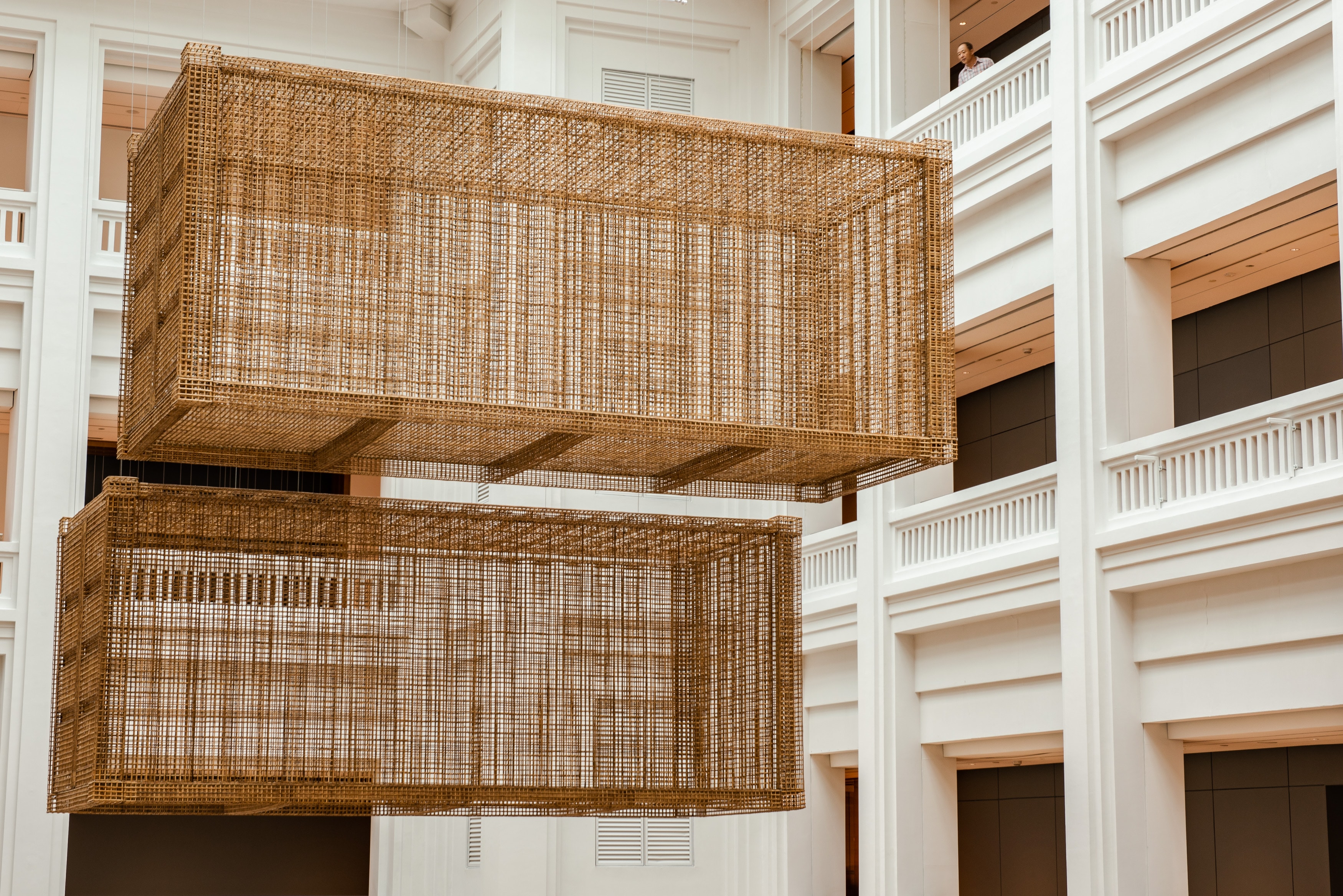 Minimalism gets a thorough exploration at this new exhibition

You’ll find few photo opportunities in Minimalism: Space. Light. Object., Southeast Asia’s first survey of Minimalist art. Audiences are first welcomed to a room filled with just black canvases. Then, three blank panels of ‘paper’ on the walls, and another oil painting covered in coils of burnt red – a work by Yayoi Kusama who, ironically, has been thoroughly embraced by waves of social media frenzy last year.

Culture
State of Art: 6 exhibitions to see in Singapore this November 2018

The five-month long Minimalism show is possibly one of the most ambitious held in Singapore, not because it is the first collaboration between two major local art establishments, National Gallery Singapore and ArtScience Museum or that it brings together nearly 150 works from artists all over the world.

Minimalism attempts to showcase the art movement in a way that is not entirely esoteric, as it is often criticised and misunderstood to be. The exhibition, carefully pieced together by the museums’ curators respectively, reveals the technicalities, themes and influences that tie various works together.

Which brings us back to the room of black paintings kick starting National Gallery’s side of the exhibition. There’s one of Mark Rothko’s infamous colour field paintings, an inky block against an ashy background. Or an impossibly smooth painting in black with no trace of brush strokes, a masterful execution of nihonga technique by Tadaaki Kuwayama. Monochromatic, but all remarkably different.

Similarly, there are many ways to interpret the art movement, as this exhibition goes to show. Minimalism goes beyond paintings, and finds itself in sculpture, philosophy, music and dance. The essence of art is drawn out through simplest forms to find new consciousness and intimate engagement. Here’s how Minimalism works it all out.
1. Immersive experiences

Minimalism is not all just stationary and nothingness. Take Work No. 1343 (2012) by British artist and Turner Prize Winner Martin Creed for instance, in which Gallery & Co replaces all its cutlery, crockery and furniture for mismatched ones. Here, Creed explores minimalism’s tendency for repetition and seriality. Olafur Eliasson’s Room for one colour (1997) takes audiences through a room with monofrequency lamps which suppress all other colours except yellow and black. In contrast, another of Eliasson’s work, Seu corpo de obra/ Your body of work (2011), is a labyrinth of transparent plastic sheets where visitors can wander through and explore the creation of colours.

Minimalism may have emerged in New York in the early 1960s, but has influenced a multitude of artists around the world. The exhibition showcases, alongside Western works, creations from Southeast Asia and Asia-Pacific. Sunflower Seeds (2010) by the renowned Ai Weiwei challenges the cheap mass production narrative of China with handcrafted porcelain seeds handmade by Chinese artists. From Singapore are abstract woodwork and stone sculptures by Kim Lim and documentations of Tang Da Wu’s Earth Work (1979) exhibition. By commission of National Gallery, Cambodian artist Sopheap Pich contributes Cargo (2018), a 1:1 sculpture of a shipping container with his signature rattanwork.
3. Music and sound

Sound and silence play a part in the Minimalism exhibition. Over at ArtScience Museum, this is represented in a ‘Sound Room’ which will play the works of 40 musicians and composers influenced by the art movement. Alongside this is Singaporean Jeremy Sharma’s audiowork Specturm Version 3.0 (the Monologues) (2018), commissioned by ArtScience Museum, which plays readings of descriptions of colour in literature.

ArtScience Museum national gallery singapore minimalism
Jasmine Tay
Senior Writer
Jasmine Tay is the dining, culture and jewellery writer. She makes fine silver jewellery and causes mini-explosions in the kitchen when she can't afford fancy dinners. Sometimes she tells people what she thinks about art, and binges on the music of Danzig when they don’t agree.
Dining Culture Jewellery