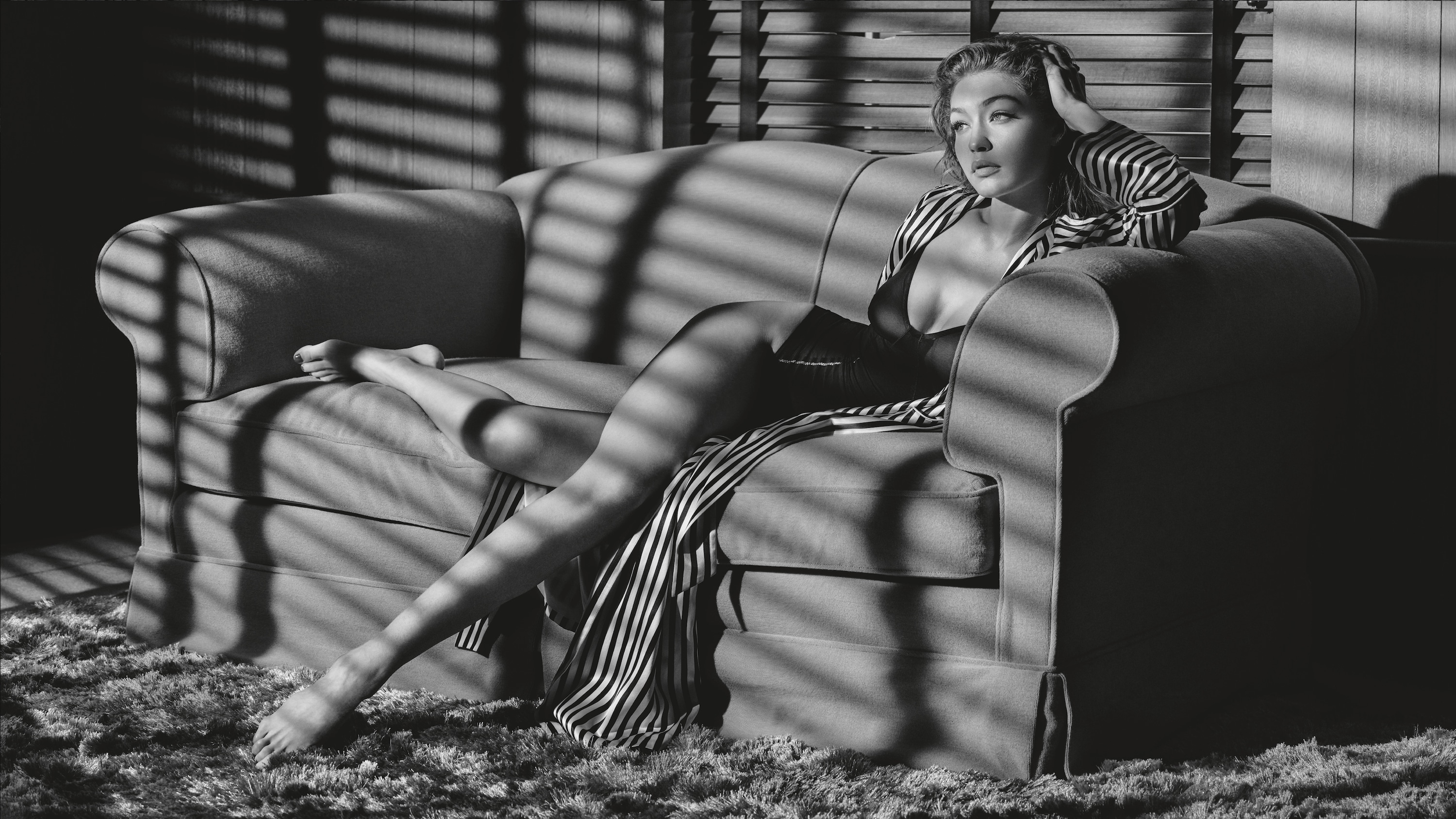 A portrait of Steve jobs that appeared on the cover of his biography. A photo of Alfred Hitchcock holding a plucked goose. Kate Moss, nude and crouching, cast in a flawless matte glow for Vogue Germany in 1993. 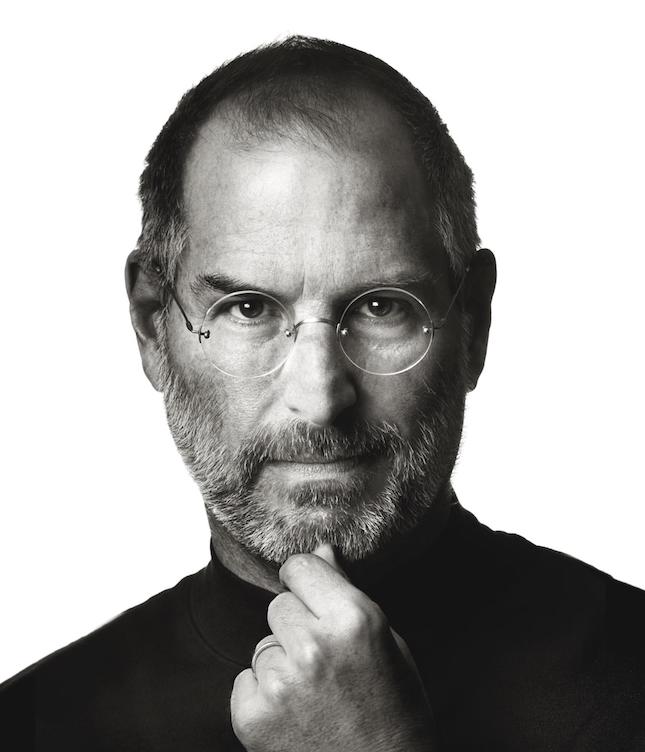 These are only three of the hundreds of iconic images Albert Watson has lensed throughout his legendary career, and this year, he adds a couple more to his colossal portfolio with the Pirelli Calendar 2019.

From 1964 to 2019, a total of 46 calendars have been produced by Pirelli over 51 years and brought to life by 35 Photographers. While now a cult collectible, the Pirelli Calendar (or “ The Cal”) was initially Pirelli’s marketing strategy to stand out from competitors. British photographer Robert freeman – who famously lensed The Beatles prior – was tasked to work with Art Director Derek Forsyth in creating something that was revolutionary for its day.

The project would turn out to not only be one of the most exclusive calendars on the planet, but also one that had such deep artistic and cultural connotations that it had no trouble setting itself apart from the glamorous world of fashion.

The Pirelli Calendar might be more than half a century old now but it still manages to mark the passing of time with some of the most acclaimed Photographers in the most thought-provoking of way.

While its early years were defined by The Beatles and rock music, The Cal was also exposed to the youth protest movements and anti-Vietnam peace rallies, which influenced a decision to shift its original intention as a corporate freebie to an exclusive publication meant for a handpicked few.

Taboos were challenged and then shattered along the way. In 1968, Harri Peccinotti experimented with spontaneous-styled shots after veering away from the formal poses of that era. The girls — mostly young newcomers — were photographed amidst elite, atmospheric settings such as California’s sunny beaches. By 1972, the Pirelli Calendar welcomed its first woman photographer Sarah Moon, which was highly unusual for its time.

Though The Cal halted production for 10 years due to a world recession sparked by the Yom Kippur war and oil crisis, it came back stronger than ever under the art direction of Martyn Walsh. Subliminal references to the brand’s key product — its tyres — were a sign that it was going back to its roots.

Special mentions here include Terence Donovan shoot an all-black calendar in 1987 — which included a young 16-year-old Naomi Campbell at the start of her career. In 1990, the first Pirelli Calendar printed in black and white, was Arthur Elgort’s tribute to the Olympics and the German film director Leni Riefenstahl.

Encouraged by the reception of its non-conformity, the Pirelli Calendar sought to up the ante by recruiting a phenomenal line-up of supermodels such as Kate Moss and Cindy Crawford. 1994’s “A Homage to Women” by Herb Ritts set to encapsulate the strength and sensuality of women in the ‘90s, which really set the tone for all the Calendars to come.

Since then, the seemingly endless superstar repertoire has included Peter Lindberg, Mario Testino, Annie Leibovitz, Steven Meisel, Nick Knight, and this year, Albert Watson.
Here, we go deep into his creative process, and how he applied his unique cinematic aesthetic to the iconic Pirelli Calendar.

The Pirelli Calendar has become such an iconic offering from the brand. How did you approach the project when you were asked to photograph it?

The Pirelli Calendar is a unique project for any photographer. When I first took it on, I wanted to do it in a way that would be different from that of other photographers, and I wondered what the best way would be.

In the end, I was seeking pictures that were of beautiful quality, with depth to them, and that had some kind of narrative. I wanted to create something that was more than just a portrait of somebody; I wanted it to still look like a film.

I also wanted people who were looking at the Calendar to see that my aim was to achieve photography in its purest form, exploring the women I was photographing and creating a situation that would convey a positive vision of women today.

How did you formulate the project? Were there any difficulties along the way?

I wanted to ensure there would be a strong narrative, so I thought, “let’s try and make the shots look like film stills.” We shot everything in widescreen format, which was quite challenging. Each of the four women has her own individuality, her own particular purpose in life, and her own way of doing things. They are also all focused on their future, so the underlying theme is that of “dreams”, but the basic idea behind the whole project is to tell that story in four ‘little movies’.

Tell us more about these stories that bring your Calendar to life.

The woman played by Gigi Hadid has just split up with her companion. She has a confidant — not a boyfriend — but played by the designer Alexander Wang. He is helping her get over this difficult time. I think there’s a degree of angst in these images. With Hadid’s character, I wanted to not only convey the sense of a woman thinking about her future, but also showing her in a situation of loneliness. We see her thinking about where she’s going to go in life, what she’ll be doing tomorrow. I wanted her to be much more minimalistic than the other women I photographed, and I wanted her to be reflected in the settings I portrayed her in. The settings of the other protagonists are pretty crowded, and there’s action in almost all of them.”

Julia Garner’s character is a botanical photographer who dreams of putting on successful exhibitions. Julia’s a very, very accomplished actress and she got straight into the character. We were in a beautiful tropical garden in Miami, which turned out to be the perfect place for us to work. Misty Copeland and Calvin Royal III, on the other hand, play the part of two dancers who want to become famous and live in an Art Deco house. She dreams of dancing in Paris, has great ambitions, and is always looking to the future.

Trying to be successful is her driving force. Copeland’s character earns her living by dancing in a club, but at the same time she had also put up a little stage in her garden, where she practices in order to become a star — sometimes with her boyfriend, played by Calvin Royal III.

The artist played by Laetitia Casta (featured image) lives in a studio apartment, which she shares with her partner, played by Sergei Polunin. They are both dreaming of success: she as an artist, he as a dancer.

We decided to shoot outside, to give the scenes some added natural brightness. The tropical atmosphere of Miami is a key component in this picture. What’s interesting is that Laetitia told me that in her spare time, she really does do a lot of sculpting and art. This worked out very well and it helped her get into character too. Each character has a part to play in the 2019 Pirelli Calendar. In some cases, the role was close to what the actress does for a living, but here they were certainly all acting a part, and not themselves. That was exactly what I wanted.

How did you use your experience as a film director when photographing the calendar?

Alfred Hitchcock was the first famous person I photographed when I was young, and he said to me: “My dear boy, once you’ve finished the storyboard, the movie is finished – all I have to do is shoot it.” There’s a certain amount of his message that has stayed with me till today.

The 2019 Calendar is like a cinematic storyboard. I was very lucky because I trained as a graphic designer for four years and then I went to The Royal College of Art Film School for three years before coming out as a director. I never trained as a photographer so I had to learn how to be  one and learn about lighting. As a photographer, the technical aspects for me were very difficult, it wasn’t natural.

Intuitively, a cinematic aesthetic was quite natural for me to follow. A lot of my work is based on graphics and film, or sometimes a combination of both. It was quite easy for me to drop into this for the Calendar and produce images like film stills. It was a matter of making all these different elements come together and creating a strong narrative.

The common denominator is that these people are all active; they’re thinking of their future and they’re dreaming of where they might be in five, ten, twenty years.

I know some people work well with a lot of tension on set, and part of their creativity comes from this, but I’m actually the opposite of that. If I’m having fun with people, enjoying their company and playing around, I get a lot more out of them.

Tell us a bit about the rest of the team that you worked with, and how they conveyed your message of 'Dreaming' for the Calendar.

I had a tremendous amount of support when creating the vision for the Calendar. Steve Kimmel was the art director, along with Arnold Barros and Belinda Scott, and they did a brilliant job. Thanks to their dedication, it all went perfectly. James Kaliardos did our make-up, and he did a fantastic job — beautiful, invisible, but there. The hair, by Kerry Warn, was kept natural for each of the women. He’s had a lot of experience in film work, so he was perfect for this project. 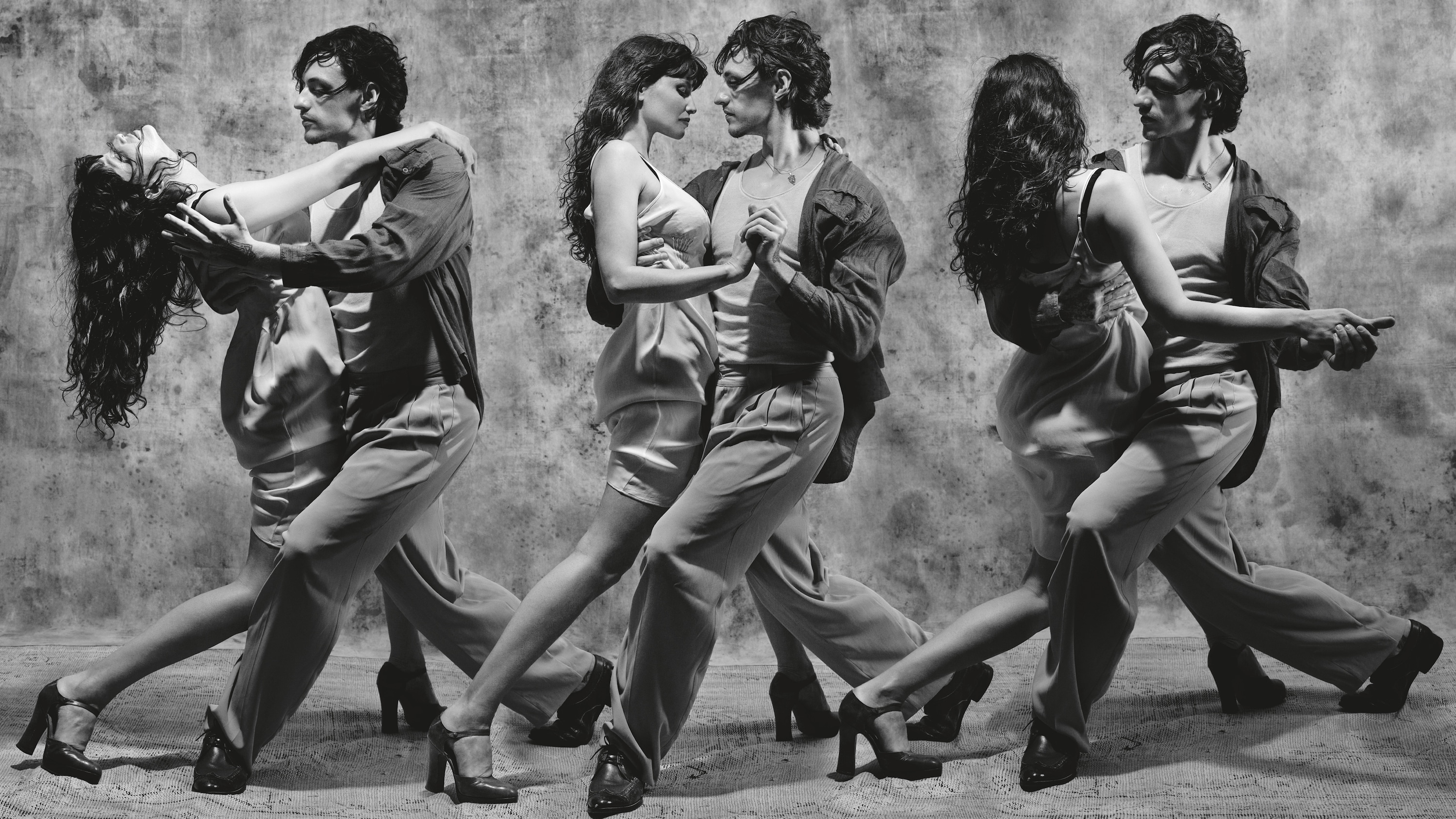 Julia Von Boehm did the styling and fashion editing. On top of that, I had my own team of assistants, Taro Hashimura and Ed Smith. Anything digital was handled by Adrien Potier, and Emi Robinson did a wonderful job retouching.

All these people contributed in a massive way, so this was definitely much more like a film project than a photography one.

Now that you’ve photographed a Calendar themed ‘Dreaming', have you fulfilled dreams of your own?

To make a dream come true, you need to work hard. I’ve always taken it step by step, reaching one goal at a time, without wanting to get immediately to the top of the ladder. Even though I sometimes think this ladder could go on up forever — with the top rung ever further away — I think it’s always worth giving yourself increasingly ambitious goals and dreams.

Photographer Pirelli Albert Watson Pirelli Calendar
Shatricia Nair
Deputy Editor
Shatricia Nair is a motoring, watches, and wellness writer who is perpetually knee-deep in the world of V8s, tourbillons, and the latest fitness trends. She is fuelled by peanut butter and three cups of coffee a day.
Motoring Wellness Watches

Would you like a real tattoo that fully disappears after a year? This startup can make it happen