Home > Culture > The Arts > State of Art: Laure Hatchuel-Becker on her world of dots 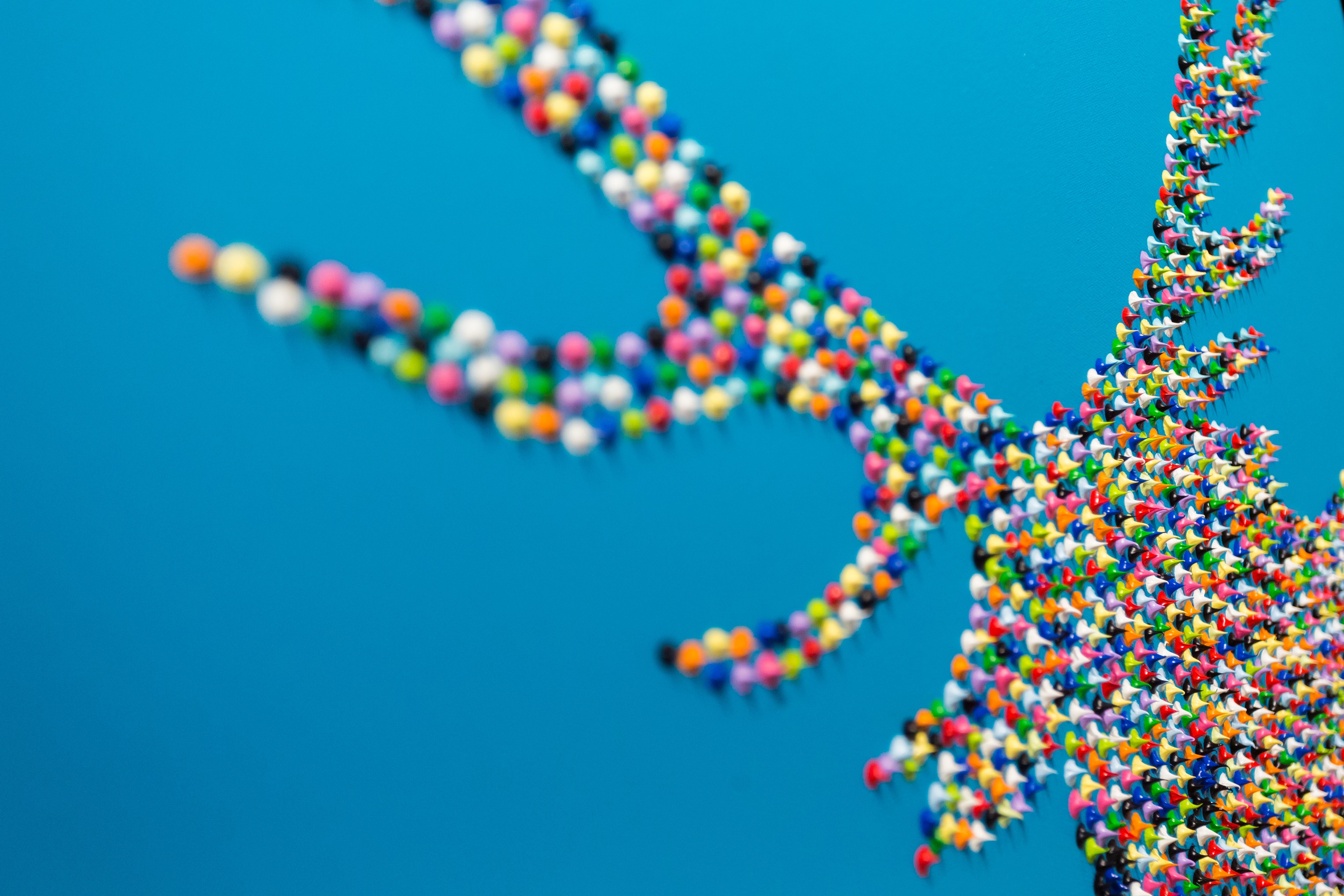 State of Art: Laure Hatchuel-Becker on her world of dots

Culture
State of Art: Laure Hatchuel-Becker on her world of dots
Share this article
Next article

When French artist Laure Hatchuel-Becker visited Australia for a two-month vacation in 1999, she never expected to stay for an entire year. Then an events organiser and part-time painter, she simply wanted a relaxing holiday away from work.

But stopping by several museums across Sydney, changed all that. Hatchuel-Becker chanced upon various Aboriginal dot paintings during those trips, and was mesmerised and inspired by their colours and intricate patterns. So she contacted an Aboriginal painter, visited him at his studio and spent some time mastering the dot technique from him. She also met up with other Aboriginal artists to paint together.

As they say, the rest is history. Hatchuel-Becker returned to Europe at the end of 1999 and, a year later, began creating works that showcased her interpretation of the Aboriginal art style. Her version featured motifs of animals, flowers and abstract shapes crafted from dots with pointed, three-dimensional peaks — which produced a fascinating effect when viewed from the side. In the years that followed, she held exhibitions across Paris, London, Miami and Singapore.

Recently in Singapore for Art at a Glance, a one-night-only private art presentation organised by Indosuez Wealth Management at the Museum of Contemporary Art, Hatchuel-Becker shared about her experiences and how she discovered her signature art style.

Lifestyle Asia (LSA): Your signature painting technique is inspired by Aboriginal art. Could you tell us more about your style, and how did you develop it?

Laure Hatchuel-Becker (LHB): I’ve been painting from a young age, and started out with a brush. But in 1999, I went to Australia for a year and had the chance to paint with Aboriginal artists. I saw they used a style of dot painting, which is flat with no dimension. When I returned to Europe, I was so inspired by their technique I invented a special instrument, which could create the feeling of dimension with raised peaks. Each peak you see on the paintings is done one by one.

LSA: What are some of the challenges of using this style of art in your painting?

LHB: I have to be very precise to try to keep the same dimension, and it takes a lot of time, because I cannot get anything wrong. If I make mistakes, I can’t remove them — I can only go on with the painting. And what’s complicated with oil is that it takes one month to dry. So I have a special room in my studio in Cap-d’Ail, France, where I have a lot of fans to help dry my paintings.  And for a painting, I do everything myself — from the background to the oil peaks and the frame. I have no assistants to help me.

LSA: Seeing how the process is so tedious and leaves no room for error, surely some mishaps have occurred before?

LHB: Well, the worst incident was two years ago. I was finishing a painting in my studio when I saw a fly hovering around, and it flew right into my painting. And because the fly was so scared, it kept moving its wings. It was a nightmare, a disaster. I couldn’t do anything. The painting was ruined, so there was nothing I could do except throw it out. Now I don’t open the windows when I work.

LSA: You recently presented your paintings at a private exhibition at the Museum of Contemporary Art. Can you tell us about some of the highlight pieces?

LHB: The exhibition showcased two years’ worth of work, with around 40 paintings. Many are inspired by life, animals and even famous artists. There’s Glorious Cock (see featured image), which is a painting created this year. You can see the evolution in my style in this art piece, with its three-dimensional peaks of colour and feeling of perspective in the background. The painting is inspired by life, friends and animals, and its perspective represents a door open into a future. Another noteworthy piece is Arlequin Tiger, which is inspired by Picasso, whom I admire. Picasso once did a painting of his son Paul in a harlequin costume. My art piece is completely different and has a tiger head as a contrast to its costume.

LSA: You have quite a number of rhinoceros paintings. Is there a special significance?

LHB: There is a story behind it. I started painting rhinoceroses last year, because it marked the 500th anniversary of the first one ever sent to Europe in 1515. A famous artist named Albrecht Dürer heard about the incredible animal and wanted to draw a picture of it. But he lived in Germany and couldn’t travel to Portugal to look at it. So through friends, he got some drawings from another artist who had seen the animal, along with a written description, and began to engrave in wood and metal what he imagined it to look like. He later made prints of the engravings. And for years and years, those prints were used as a representation of a rhinoceros, because there were no photos back then.

LSA: Your artworks are all so vibrantly coloured, and their peaks are certainly eye-catching. Have people ever tried to touch them?

LHB: Yes! And you know what’s funny? It’s usually not the kids. Kids are so respectful, they look but don’t touch. They understand instinctively that if they touch, it’ll be broken. But adults are worse than kids. They’ll ask if they can touch, and sometimes they do.

LSA: You’ve been doing your interpretation of dot painting since 2000, and became a full-time artist in 2008. How did your interest in art begin, and what led you to pursue it as a career?

LHB: My siblings and I grew up with our mother as an artist, so we were into art. She gave art classes to kids, had a studio and liked to be surrounded by artists. It’s funny, because I didn’t want to be an artist at first — I wanted to fend for myself. So I worked for several years in event organisation. But I was always painting in my free time, and I started to put up my paintings in my place. My friends would look at it and say they didn’t know I could paint, and that I should exhibit. When I started using the peaks of colour in my art, people got really excited about it. So I began to exhibit my work. Now, I produce 20 to 25 paintings a year.

LSA: Did you ever take art classes?

LHB: I did, when I was 14. But I didn’t like it because the teacher was so strict. Art was always an expression of myself, in the way I wanted. So I took classes for a year before deciding I didn’t want to study art like that. Maybe I would have been faster in my career if I had enrolled in an art school. But on the other hand, I would have learnt the technique of someone else. So I don’t know if that would have been better for me or not. But for me, my best teacher was my mother.

LSA: What’s next in the pipeline for you?

LHB: I’ll be showcasing my work at next year’s Art Stage in Singapore. I haven’t decided which paintings to display, but I’m thinking of including the rooster painting. I also have an exhibition in Geneva, which will take place next May or June.