HongKong Street and its neighbouring annals are a favourite amongst the regular Clarke Quay crowd who don’t want to commit to the bustle of the main nightlife district. The bars there are just the right mix of rowdy and refined, delivering a unique after-hours experience that keeps people coming back for more.

The latest establishment to enter the stretch is The Cooperage, a whisky bar where austerity takes a backseat in favour of quality drams and a substantial food menu to satiate the hungry and thirsty hordes.

You get all the fixings of a traditional whisky bar at The Cooperage — sturdy leather booths, deep wood tables, a long bar backed by glimmering golden bottles of the good stuff. The premises are lit brighter and filled with upbeat tunes that deter from it ever having the starched-collar atmosphere one finds at more traditional whisky temples.

The question of whether Singapore really needs another whisky bar will inevitably arise, and The Cooperage’s counter-argument to that is simple. Yes, we do, because none so far have adopted a pricing model as competitive as theirs.

They have decided to match the age statement of the whisky to the price you pay for a 30ml pour. This means a dram of a 12 year old single malt will cost you S$12++, and so it goes until you hit 21. It stands to reason that not all its wares can be priced so laterally, but The Cooperage far from shortchanges its customers. Familiar whiskies like the Glenfiddich 12 Year Old, Glenlivet 15 Year Old, and Singleton 18 Year Old are just some available expressions that match dollar-to-age, but others from arcane distilleries like Inchmurrin and Glendronach are also on the list should one wish to be experimental.

Themed tasting flights at The Cooperage also make the sought-after accessible. It is the only bar in Asia to have a flight known as 1oo Years of Dalmore, which encompasses the 25, 35 and 40 Year Old single malts from the Highland house. Dalmore is famed for being one of the most expensive whiskies in the world, so the opportunity to enjoy such a flight without financial massacre is enough reason to pop by the bar.

Dining
Bar review: The Swan Song is an approachable haven for whisky lovers of any calibre 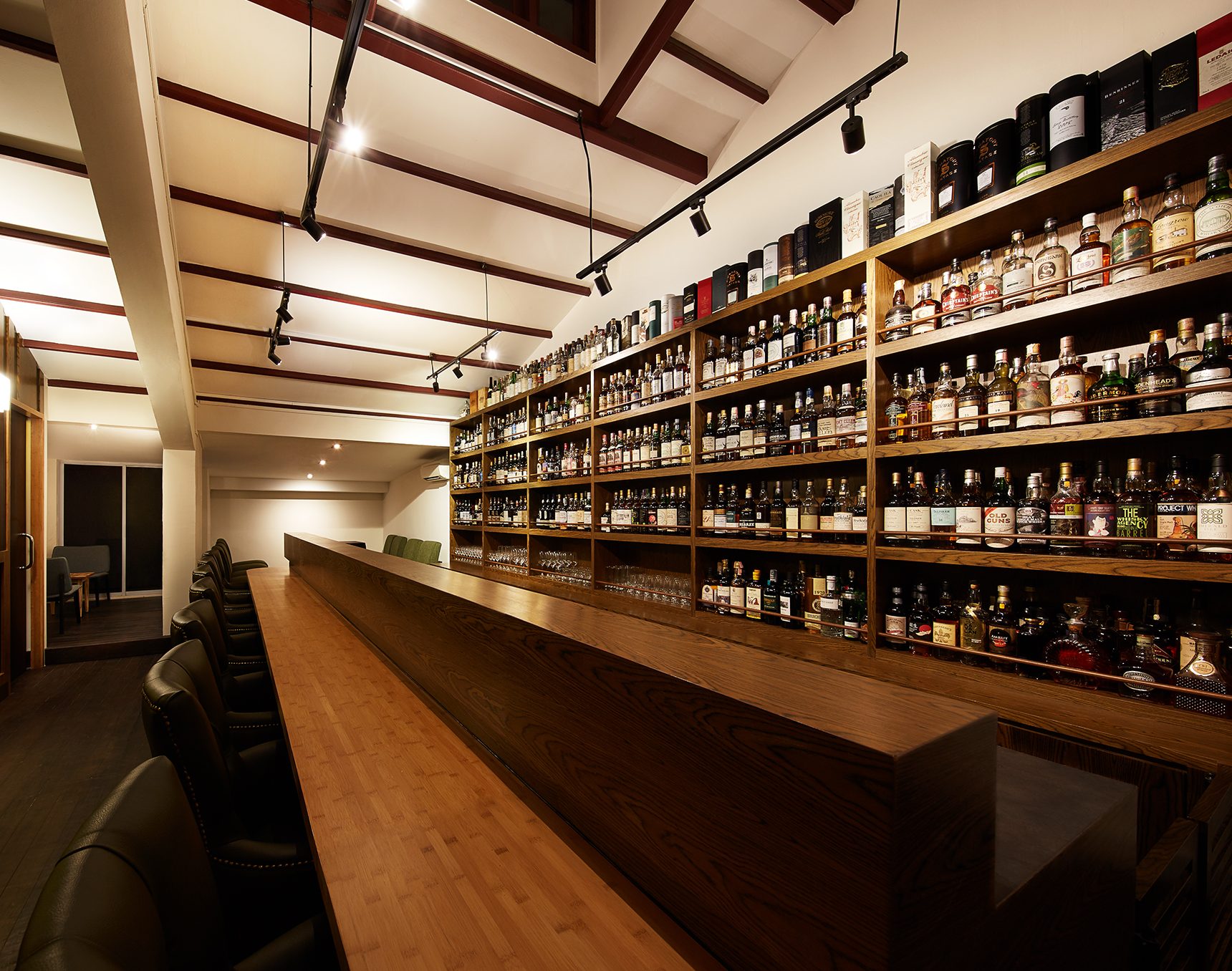 Aside from whiskies, there is a slim selection of beers, cocktails and spirits to choose from.

The Cooperage has a full-fledged dinner menu, which makes it a welcome oddball of a whisky bar because most of its breed tends towards light bites. All of the dishes revolve around flavours compatible with whiskies, so meat and seafood are to be expected.

Briney mouthfuls of shisamo mentai cubes dressed with salmon roe and wasabi-marinated octopus hugged by a seaweed cracker were two umami morsels we’d gun straight for, especially when having a creamier whisky as these polar opposite profiles play off each other beautifully.

If you plan to have dinner and drinks there (which you should), then you can’t go wrong with cuts like the Black Angus tenderloin charred from the grill.

Singapore has too many whisky joints to count, but a concept as competitive as The Cooperage’s reminds us that the idea of such a bar can be moulded into something with fresh appeal.

Recommended drinks: Just pick a dram from the extensive list and enjoy whisky for what it is.