Hong Kong’s infamous Demon Chef could really be a supernatural being. Having just arrived from Toronto in the morning, Bo Innovation’s Alvin Leung is fresh-faced and filled with energy at The Capitol Kempinski Hotel Singapore. He’s also quick to set everyone’s expectations on his second, and latest, restaurant in Singapore: ‘There is nothing X-treme about 15 Stamford.” 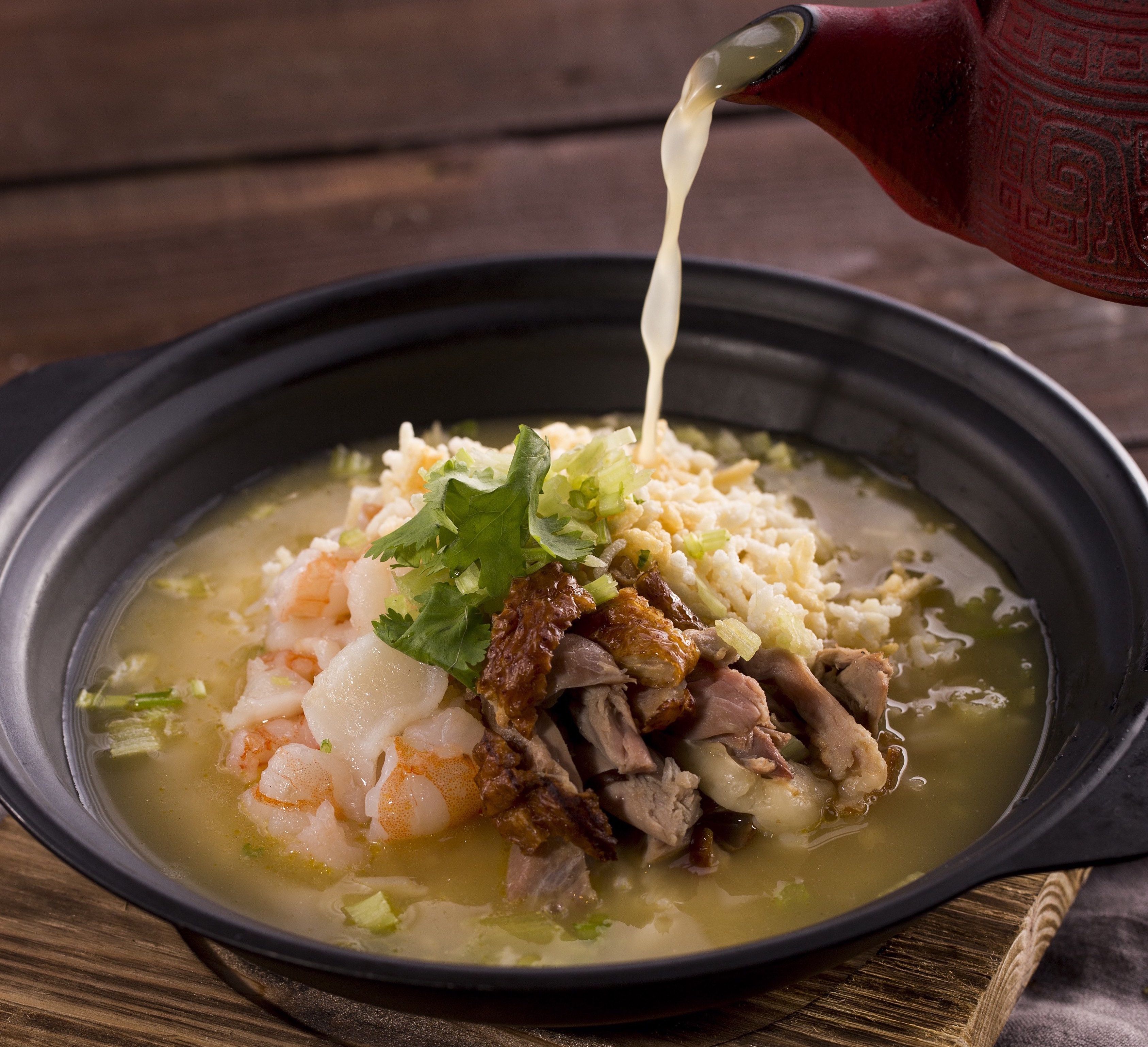 It’s a statement the blunt, straight-talking chef repeats constantly with every new concept he has, though with good reason. Even with the never-ending accolades for Bo Innovation, which has once again pulled in three Michelin stars last month, Leung is often closely associated with molecular cuisine — of which he rarely practises nowadays.

At 15 Stamford, Leung goes for more casual, honest cooking: more rotisseries, charcoal grilling and none of the spherification. His culinary focus now is now mod-Asian: on his favourite recipes from around Asia, and the Demon Chef executes in innovative ways.

The 150-seater hotel restaurant was conceptualised by the late renowned interior designer Jaya Ibrahim, and sees an elegant blend of colonial and Asian designs in keeping with the original vibes of Stamford House. It would’ve been home to a Peruvian Amazonian cevicheria concept, had the hotel’s opening not been stalled for nearly three years.

Travel
Check in: The Capitol Kempinski Hotel Singapore is a springboard for culture 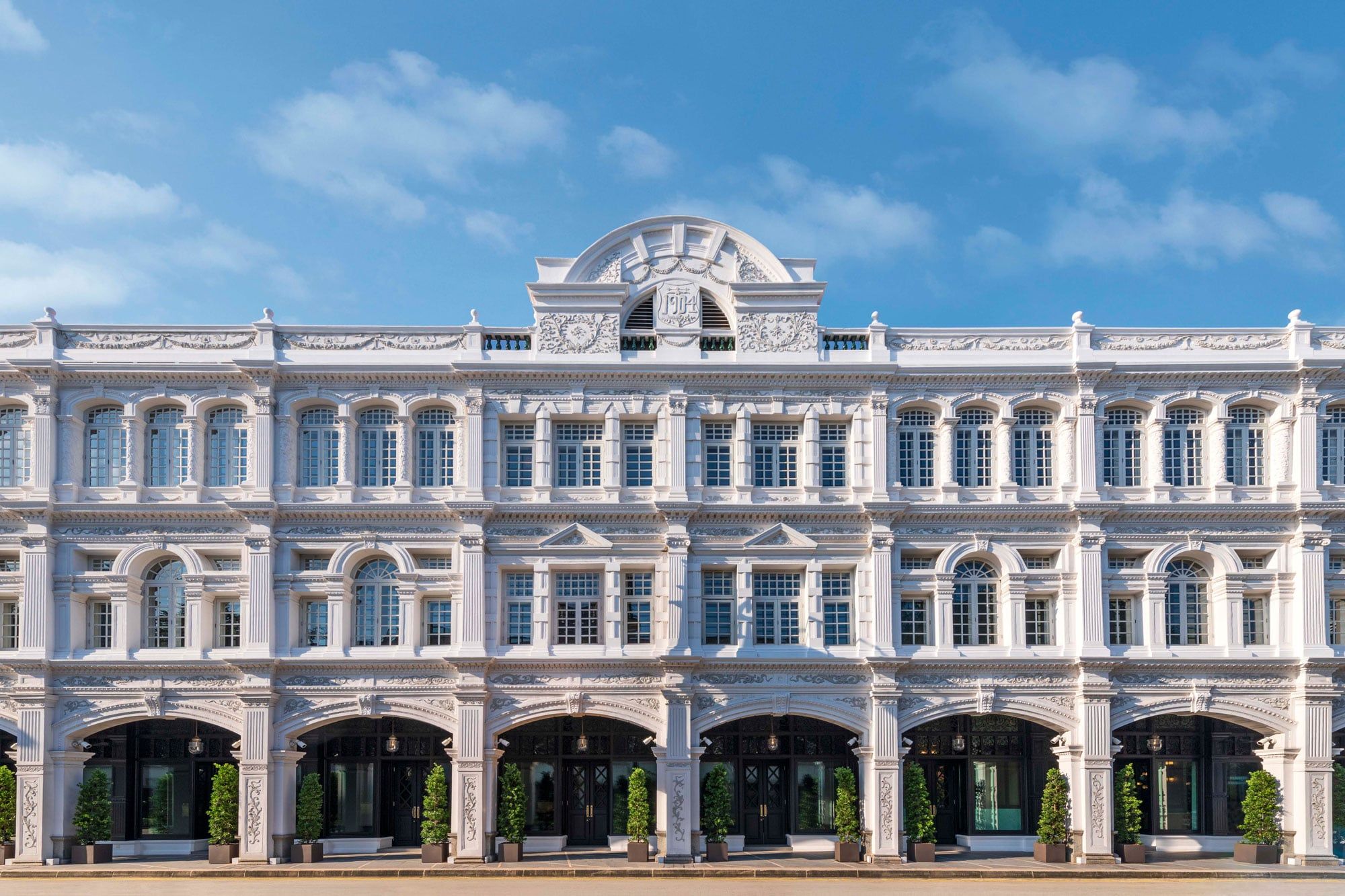 The open kitchen at 15 Stamford.

Now, Leung has taken over the space and injected his own touches as much as he can. They are small, but befitting of the chef’s eccentricities. Plates, for example, customised with floral Peranakan designs are peppered with little teasers in the form of small horned chef motifs — a light-hearted nod to Leung’s nickname.

While not Chinese, the restaurant certainly has the feel of one: it gets noisy fast, especially when the service team speedily offloads used dishes and cutlery nearby dining tables. A 12-seater private room is available for those who prefer a bit of peace when dining.

Leung is careful in his assessment of his food: this is not his version, it is his interpretation. Considering how sensitive culinary heritage can be to many, Leung treads with caution but not at the cost of creativity.

Starters on the a la carte menu are all just seafood, mostly cured or served raw and we’re not complaining. They’re meticulously pieced together, and there’s always something small added to finish the plate in a flourish.

Dining
All the new restaurants to dine at this January 2019 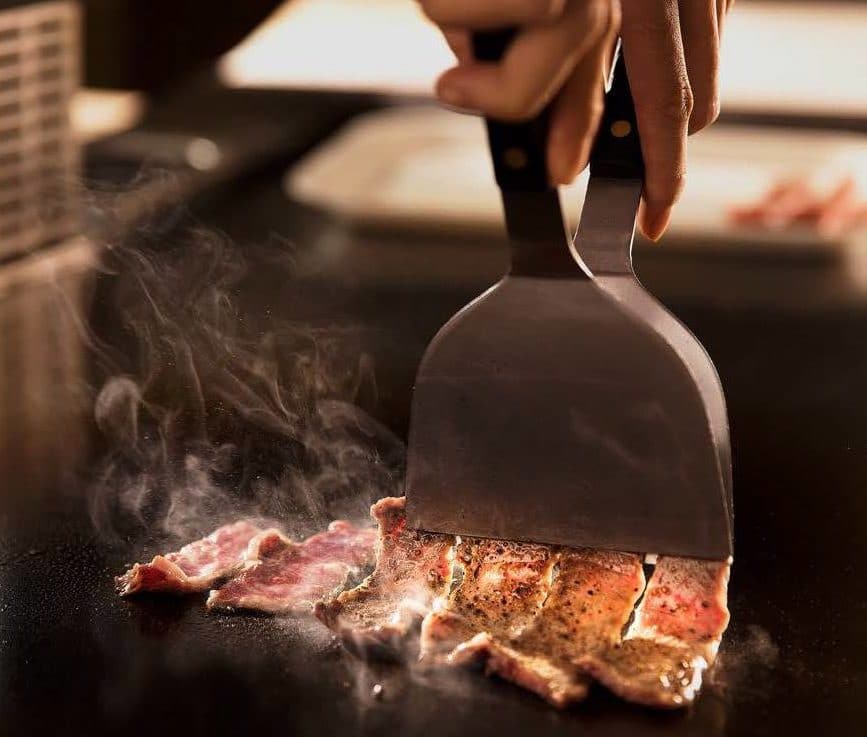 The sashimi of Hokkaido scallop is a pretty dish dressed with a jammy salted plum sauce, punctuated with hints of shiso and chives. The generous swirls of Japanese sesame oil, out of sight but delightfully fragrant, has us coming back for more. Another sashimi of hamachi carries out a similar idea but holds as unique dish. Fleshy slabs of fish come with dollops of calamansi gel, a light ponzu sauce and a mere scattering of fried garlic chips — please chef, we want some more of that good bitter crunch. Filipino cuisine gets a quick shout-out here too, in the form of grilled scallop in a shell dressed with an adobo-inspired dressing of vinegar and garlic. A fine cluster of fried thinly-shred ginger lends a touch of heat.

So, we expect more from mains. Here, indulgent picks for meat — dry-aged, handsome chunks and fine produce — get the heritage hawker treatment.

A grand pork chop takes on a marinade of bak kut teh spices for 12 hours before it takes its place on the kitchen’s charcoal grill. The spices impart a slight herbal flavour on the meat, but it is the barbecue sauce — if you will, a concentrate of bak kut teh — that is more telling of the dish’s inspiration.

Yet, is it an overkill to use a good pork cut that would seem more at home as a simple, yet stunning, grill? It’s a conundrum that surfaces again with another dish: whole Boston lobster with a spicy Thai dressing. What’s defined as Thai dressing is a mix of fish sauce, lime and chilli, mixed in with mangosteen and tomatoes. It’s too much for the tender, gentle flesh of a beautifully cooked lobster.

What is surprisingly delightful is Leung’s take on Singapore laksa, a faithful version with a deceivingly thin gravy that’s packed full of coconut milk and prawn shell goodness. Just like good ol’ laksa, all you need is a spoon to scoop up every bit of noodle and fried beancurd. There’s also a lovely addition of quail eggs, done onsen-style and smoked in jasmine tea. It’s also served with tempura of tiger prawns which, at this point, seems gratuitous.

If the Demon Chef has been playing it safe with his first Singapore restaurant, then 15 Stamford is quite the risk-taking project. In time, it will have to face what every other mod-Asian and mod-Sin restaurant in Singapore has gone through: the line between gimmickry and innovative cooking. So far, 15 Stamford has proven the latter. Some dishes are winners, some leaving diners hoping for more but perhaps will find a fan-base with a more touristy crowd. Still, keep your eyes on this restaurant for some good interpretations of local and Asian cuisine.