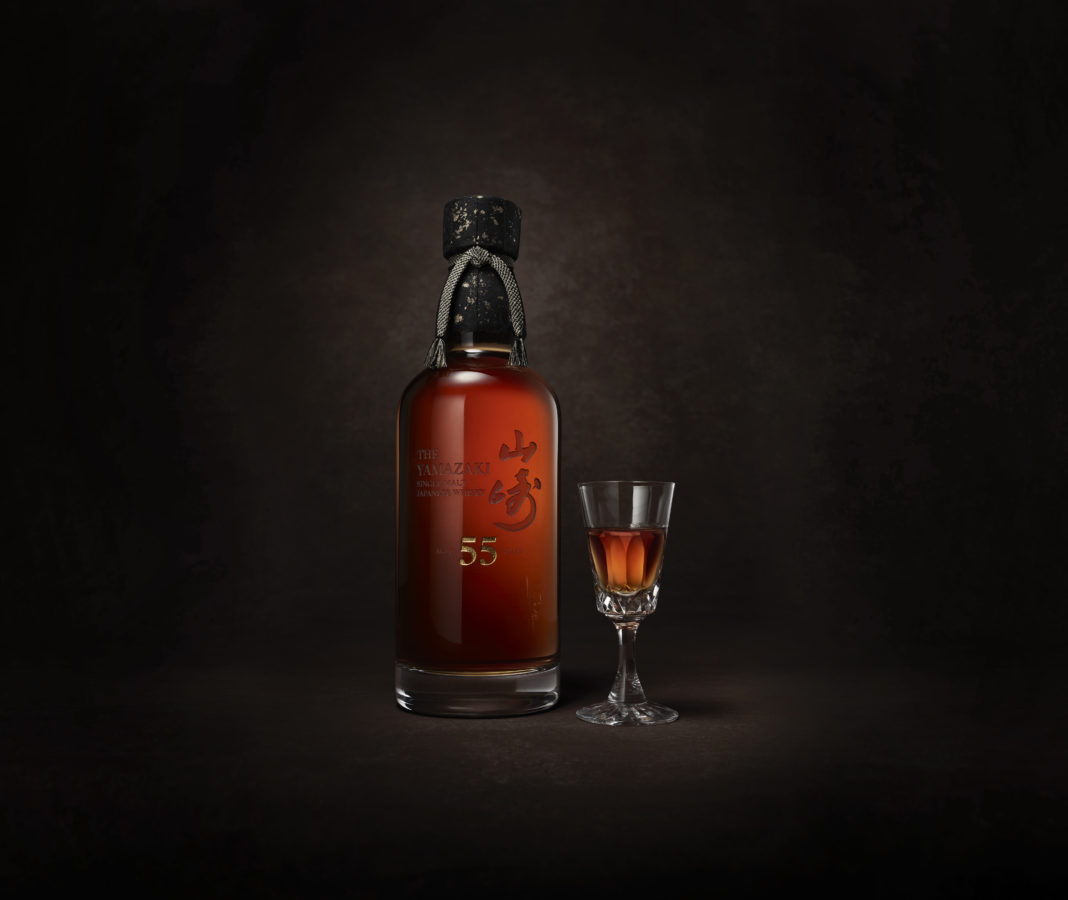 S$9,000 is all you need to drink the world’s oldest Japanese whisky

Food & Drink
S$9,000 is all you need to drink the world’s oldest Japanese whisky
Share this article
Next article

If you’re a whisky nerd with a paltry nine grand in your pocket, then consider this meal in Singapore next month featuring two chefs with four Michelin stars between them, and the world’s oldest Japanese whisky.

Happening on 2 December, Julien Royer and Shinji Kanesaka of Odette and Shinji by Kanesaka respectively are putting on a four hands dinner as part of the global release of Yamazaki 55.

The highly coveted malt whisky is the House of Suntory‘s oldest release and a celebration of the Japanese Showa era of the 1960s. Part of the blend was distilled in 1960 under the supervision of Suntory’s founder Shinjiro Torii, who aged it in mizunara casks. Another portion was made in 1964 under second Master Blender Keizo Saji, who matured it in white oak casks.

According to the brand, the resulting expression has a deep amber colour with robust aromas of sandalwood and ripe fruit. The palate is sweet, slightly bitter and woody, and the finish is sumptuously rich.

But making the world’s oldest Japanese whisky wasn’t easy. Fukuyo acknowledged that there were some issues with the 1964 casks, and working with very old liquid was complex. Ultimately, he turned to the Zen Buddhism philosophy of wabi sabi – to find perfection in imperfections.

“While I often view other extra aged whiskies as art, I consider Yamazaki 55 to be more like a Buddhist statue: calm and mysterious, requiring time to truly enjoy the inner beauty,” he said in a press release.

The whisky was bottled in 2020 at 46 percent ABV. It comes in a crystal bottle with the word “Yamazaki” engraved in calligraphy using a sandblasting technique. The age marking has real gold dust and lacquer, and the bottle’s opening is wrapped in handmade Echizen washi paper and bound with a Kyo-kumihimo plaited cord, a traditional craft from Kyoto.

Each bottle comes in a box made from native Japanese mizunara wood and coated with Suruga lacquer. One hundred bottles are available worldwide. Singapore only gets four.

There is no suggested retail price in Singapore – Suntory is selling the whisky through selected local accounts – but for a low price of S$7,688 (S$9,000 after GST and service charge), you can drink Yamazaki 55 at this meal at Odette.

Happening on 2 December, the Japanese distillery is partnering with the three Michelin-starred French restaurant and the one-starred Shinji by Kanesaka for an exclusive dinner. Twenty four diners will get to enjoy an eight course meal by chefs Royer and Kanesaka, as well as all of Yamazaki’s current expressions.

Besides Yamazaki 55, there will also be Yamazaki Distiller’s Reserve, 12 Year Old, 18 Year Old and the reformulated 25 Year Old, which contains malt whiskies aged over 25 years in American, Spanish and mizunara oak casks.

After Singapore, Suntory is releasing Yamazaki 55 in the UK, Mainland China and Taiwan later this month.

Drinks Singapore Whisky Japanese Bars Restaurants
Jethro Kang
Jethro enjoys wine, biking, and climbing, and he's terrible at all three. In between them, he drinks commercial lagers and eats dumplings.