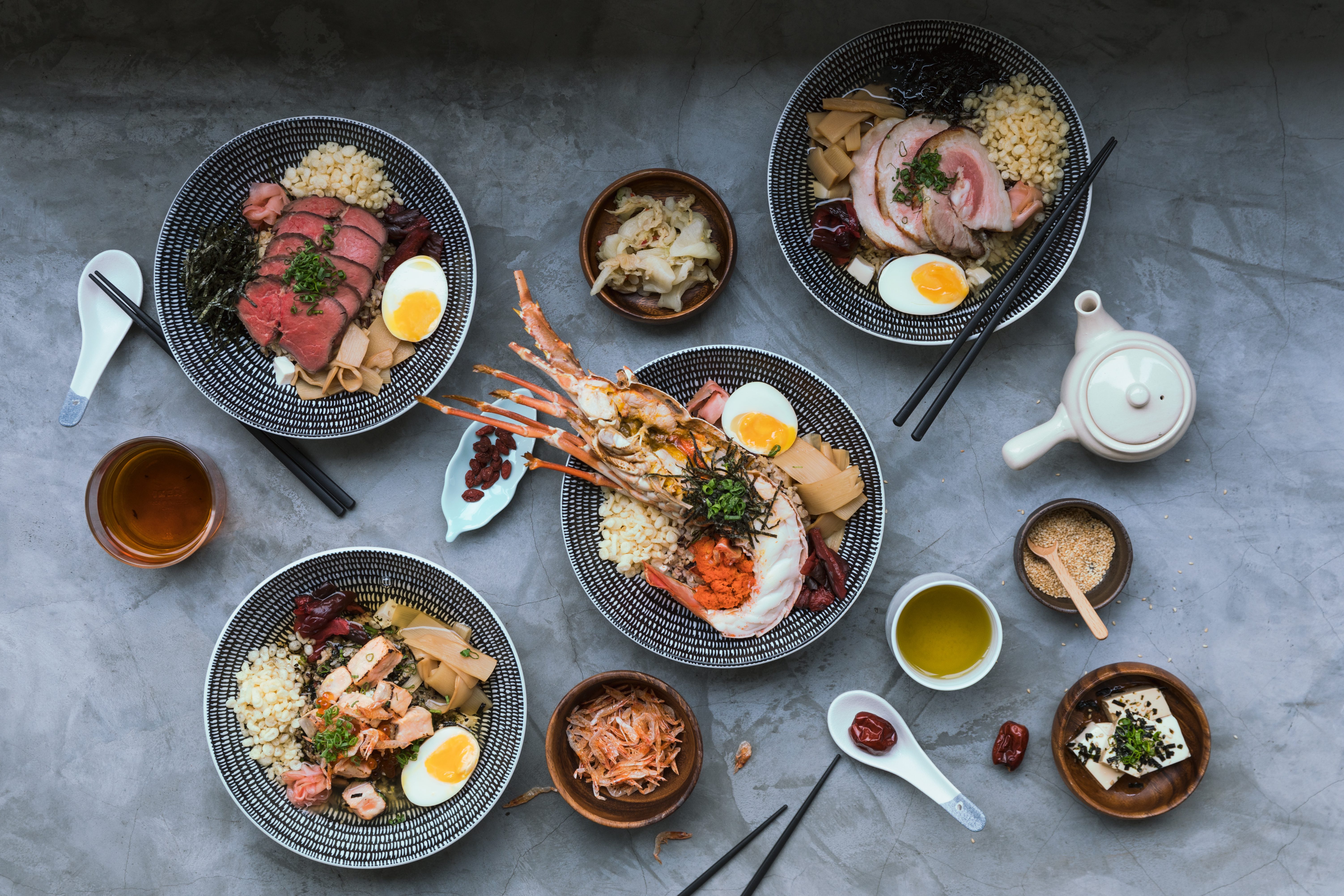 10 new restaurants in Singapore to check out in March 2018

Earlier today, Taipei’s first-ever Michelin Guide was unveiled, and saw 20 of the city’s finest restaurants bagging stars. Celebrated chef Andre Chiang’s Raw was among those that received one star, despite his request for his restaurant to be excluded from the guide.

The Guide’s release comes ahead of the highly awaited Asia’s 50 Best Restaurants ceremony, to be held in Macau on 27 March. Just yesterday, it was announced that Manila’s Toyo Eatery has been bestowed with the Miele One To Watch Award. We can’t wait to see who the other award recipients are, and which restaurants make the top 50 list. Now that Chiang’s now-defunct Restaurant Andre will no longer take the number two spot (which it occupied last year), we’re excited to see who will move up on the list.

Closer to home, foodies here have much to look forward to as well. At least 10 new restaurants have popped up over the past weeks, with interesting concepts and cuisines ranging from modern Chinese food to French fare and Taiwanese zichar grub. Read on for the new restaurants in Singapore you need to visit this month. Located at Customs House, Caffe Fernet is a modern-Italian restaurant-bar operated by the Jigger & Pony Group. Feast on scrumptious concoctions such as ricotta toast soaked in chestnut honey and thyme, smoked leek with gorgonzola and parmigiana, and Mafaldine Cacio e Pepe, a pasta laden with pecorino cheese and four types of peppercorn. For drinks, knock back spritzes and negronis. The establishment also has an outdoor terrace where guests can dine alfresco by the marina. 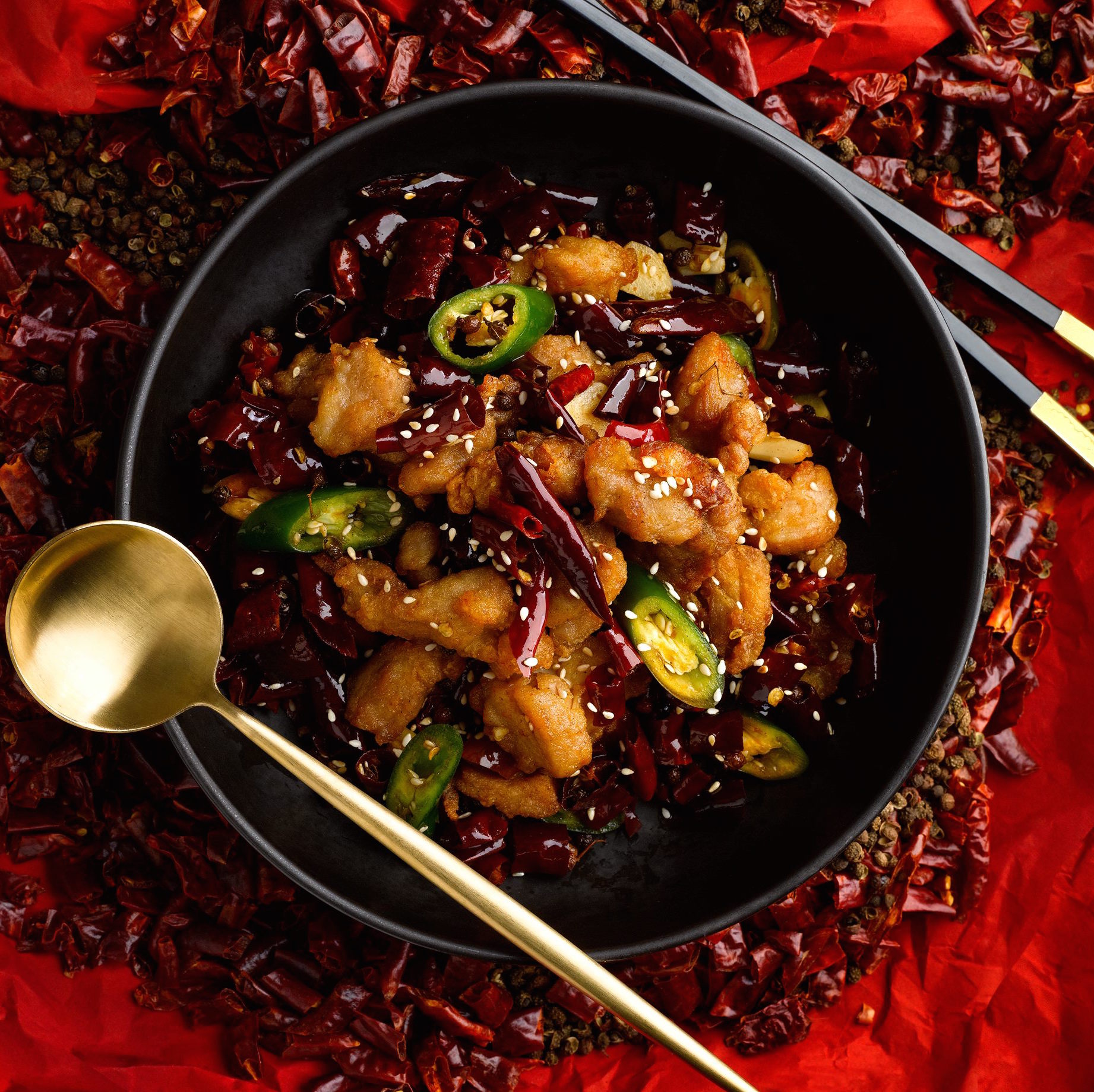 This newcomer to the Duxton Hill food enclave is a prettily furnished space clad in delicate pastel hues with arched windows, and sheets of white fabric draped across its ceiling. With an interior that wouldn’t look out of place in a European fine dining restaurant, it may come as a surprise that Xin Divine actually serves modern Chinese cuisine inflected with Western influences. Its innovative dishes range from Sichuan chicken karaage to parma ham XO fried rice, and a Chinese-style polenta served with crab claw and truffle foam. 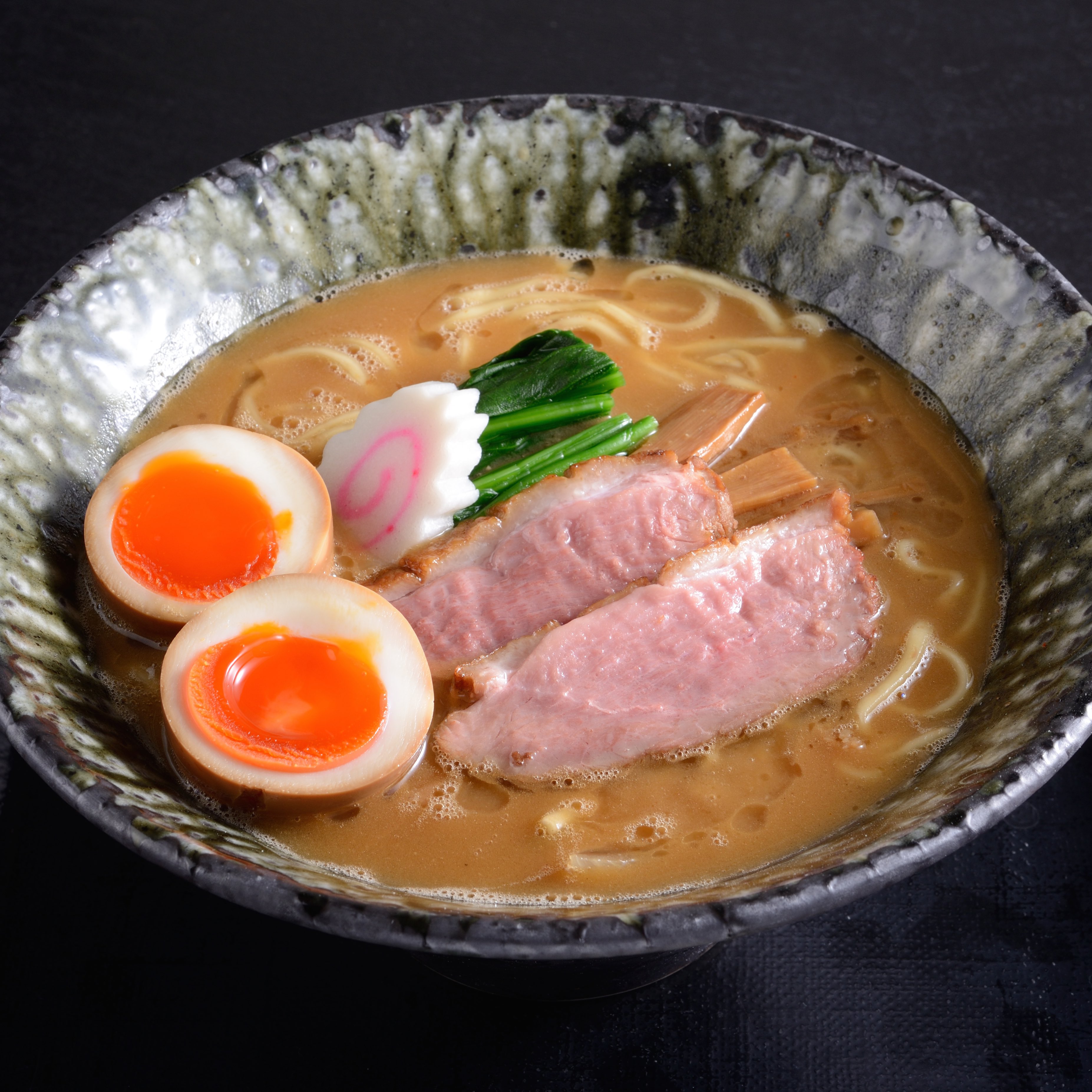 This latest addition to Japanese chef-restaurateur Keisuke Takeda’s stable of eateries is dedicated to duck ramen. Its menu features the noodle dish with options of clear, rich, miso or spicy miso broth, as well as tsukemen (where the ramen and soup are served separately) and mazesoba (dry ramen). These all come topped with fatty, tender slices of Irish hybrid duck that’s grilled and marinated in a secret shoyu-based sauce before being steamed. For those craving rice, go for the Kamo Ju rice bento, which is layered with 10 slices of duck. 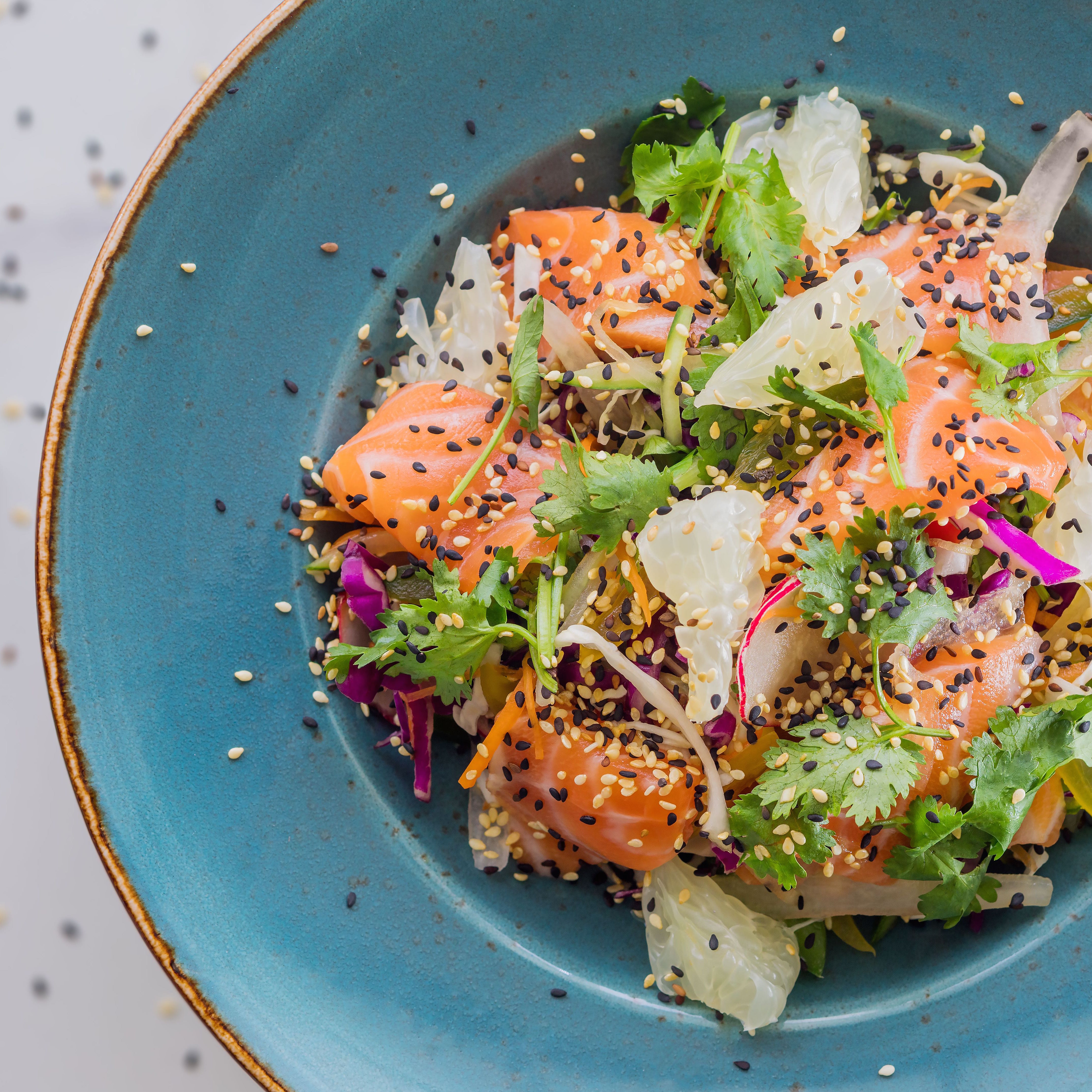 It’s all about wholesome, guilt-free dining at Verde Kitchen, which whips up nutritious Asian and Western fare incorporated with organic ingredients, sustainably sourced seafood, and fresh herbs and vegetables obtained from Hilton Singapore’s in-house garden. No processed foods, sweeteners, or artificial colourings and flavourings are used in the cooking. Noteworthy dishes include a refreshing salmon sashimi and pomelo salad (which easily calls to mind yu sheng), broccoli and kale soup, Malay-style chicken curry with brown rice, and a sweet and light pudding of chia seeds and hazelnuts. Enjoy these with the restaurant’s range of fresh fruit juices, smoothies and kombucha. Taiwanese zichar eatery Five Ten, which closed last year, has relaunched with a brand new name and locale. Now situated on the buzzy Circular Road stretch, it serves a revamped menu of old and new dishes. Popular items from its Five Ten days, such as braised pork belly, will make a comeback on its refreshed repertoire. Like its predecessor, everything at The Salted Plum is priced at either S$5 or S$10. The restaurant officially opens later this month, so watch this space. 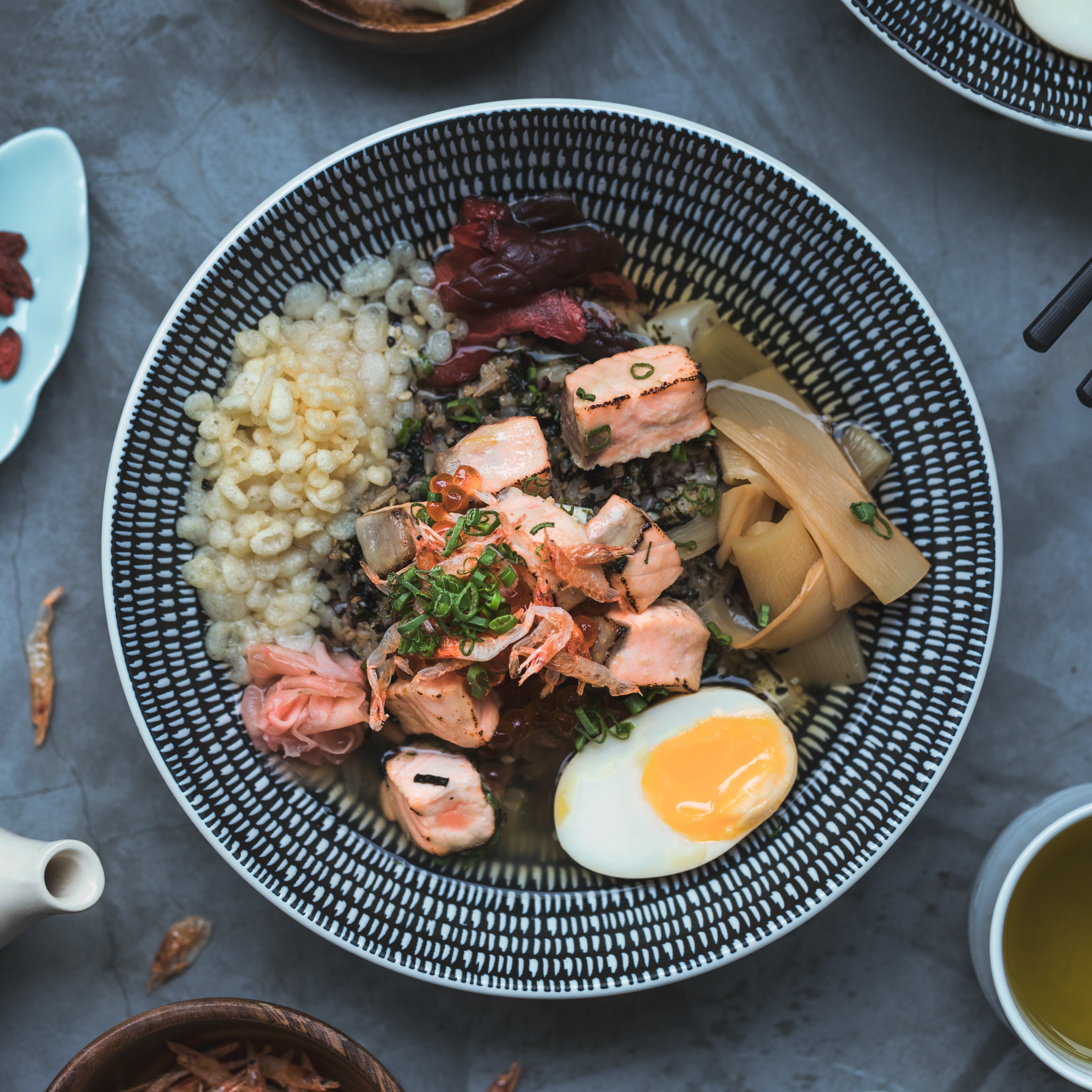 This Japanese-Korean izakaya dishes out hearty rice bowls in the day, and chazuke — where a bonito kelp broth is poured over rice — at night. Its lunchtime offerings feature multigrain rice, Japanese pearl rice and chilled soba with toppings like bulgogi ribeye, miso-sake salmon, and soy-marinated tofu. In the evenings, its repertoire gets extra fancy with options of lobster chazuke, Mangalica pork chashu chazuke, and aburi salmon chazuke. There is also a range of green tea blends imported from Shizuoka prefecture in Chubu, Japan. 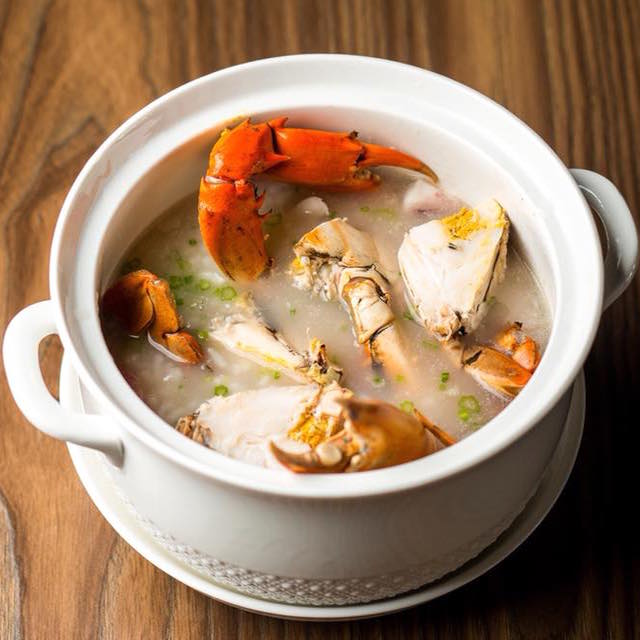 Named after the Chinese word for “fire”, Shao is a casual eatery in Frankel Avenue specialising in roasted and barbecued meats and seafood. A must-try is its signature barbecued crab, which is seasoned with sea salt, crushed black pepper and an unagi sauce, and accompanied with chilli sauce, wasabi, and a salt and pepper dip. Other mouthwatering dishes range from bamboo clams with ginger and minced garlic, crispy roasted suckling pig, and pan-fried wagyu beef. Quirky name? Check. Cosy, industrial-chic space? Check. Coffee made with house-roasted beans? Check, and throw in the fact that one of its owners is the 2016 winner of the Singapore National Barista Championship — so you can be assured that your cuppa joe is in good hands. Taking all these into consideration, this Melbourne-inspired cafe looks poised to become the next popular hipster hangout. Its menu is still being finalised, but its current repertoire focuses on cakes, desserts and pastries such as scones. 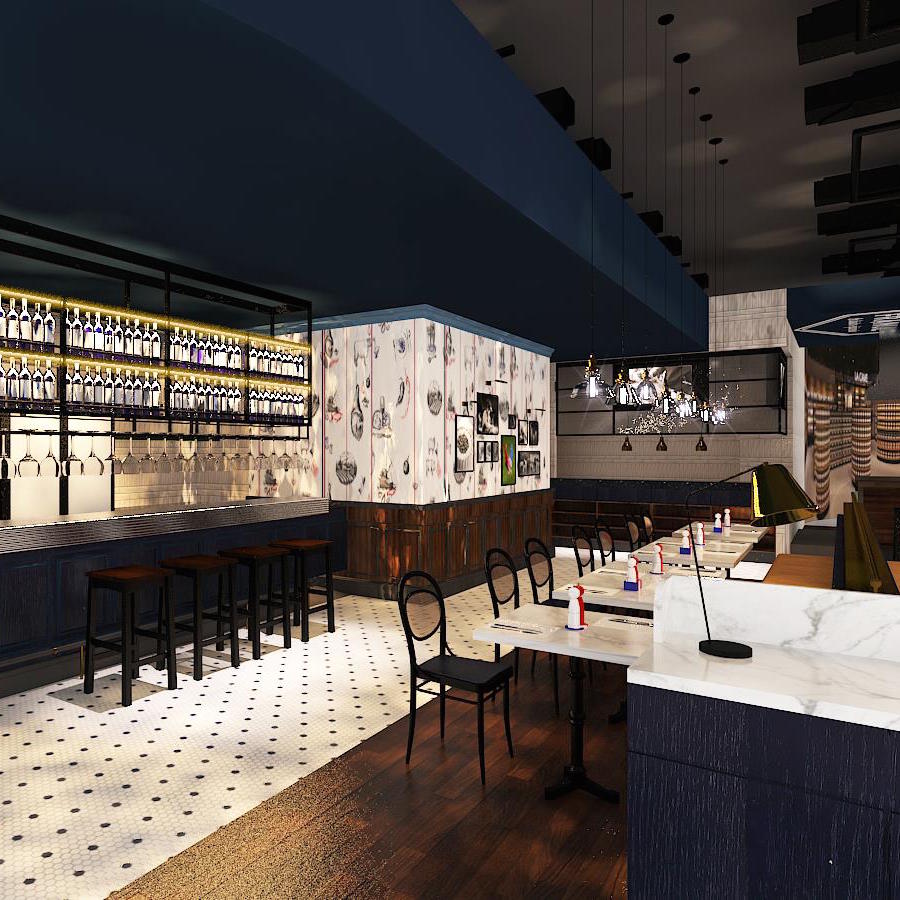 Recent years have seen a surge in multi-concept venues setting up shop in Singapore, and offering everything from food and drink to gourmet produce all in one space. The newest entrant to the scene is So France, a French-themed concept store in Duo Galleria. It’s composed of a French bistro, wine bar, event space, and gourmet grocer stocked with products like foie gras, oysters and Espellete pepper. Details on the bistro’s menu have yet to be released, but you can expect to taste regional French specialties.