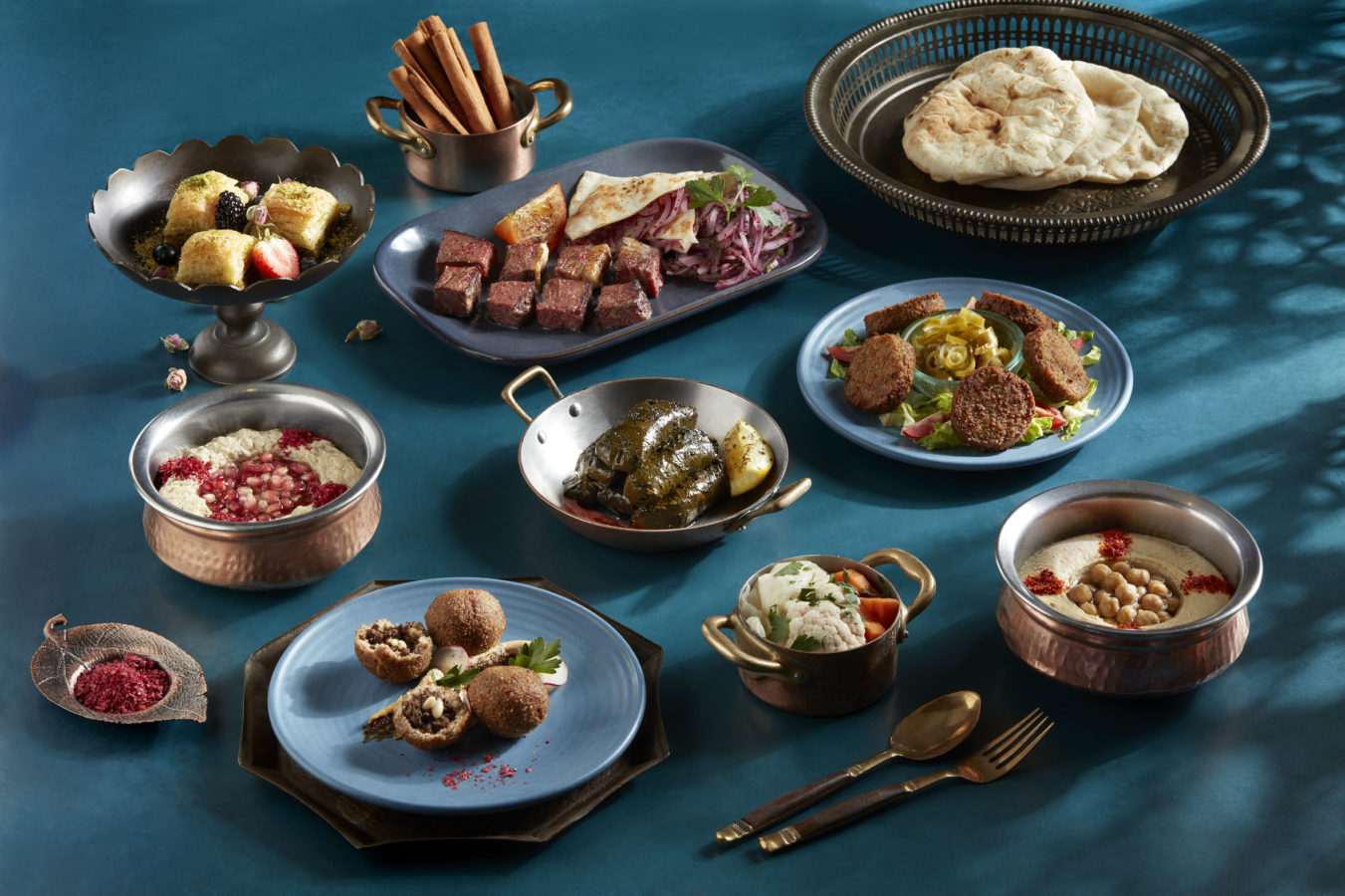 Middle Eastern food may not be on the minds of most diners here, but it should be. The dishes explode with vibrancy and textures, and the cuisine is a window into the region’s rich cultures. For a look at this supremely underrated fare, here are 11 best restaurants to eat Middle Eastern food in Singapore.

The Middle East stretches from northwest Asia to the top right corner of the African continent, spanning countries like Iran, Saudi Arabia, Egypt, and Lebanon. It also steps slightly into Europe via Turkey.

While each culture has its own tweaks and names for certain dishes, there are threads that weave them together: a deft use of spice, a focus on grilling, and the injection of energy into humble ingredients.

These ingredients arrive at various moments of a meal. Vegetables are transformed into hot and cold dishes called mezze, ranging from dips like hummus and baba ganoush to tabbouleh salad. Meats, slow cooked or skewered and charcoal grilled, make up the mains. Carbs are usually flatbread or rice, and desserts typically involve some form of pastry.

In Singapore, places like Shabestan and Alaturka serve cuisines from specific regions, while Dubai Shawarma and Marmaris offer an affordable introduction. Fat Prince and Artichoke take the contemporary route, and Safiya lets diners enjoy the food at home. Read on more for 11 best restaurants to eat Middle Eastern food in Singapore. 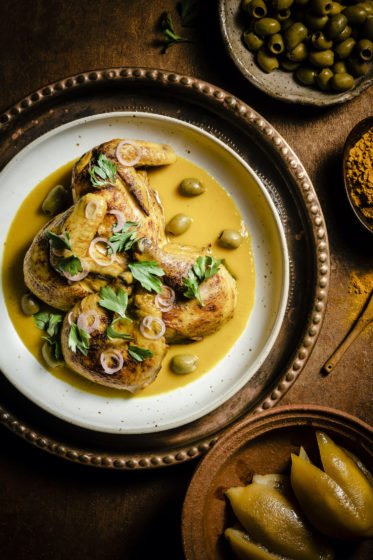 For the mains, pit roasted pumpkin is elevated with fresh herbs and lime, and tagine spiced chicken is cooked longer to intensify its flavours. During dessert, opt for the olive oil sorbet with pink peppercorns for a fruity, creamy high. 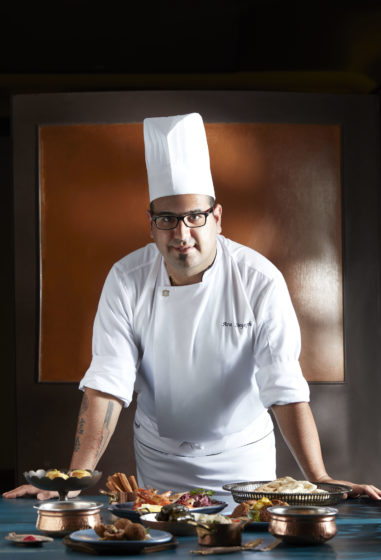 Safiya is a new takeaway and delivery concept by Shangri-La Singapore hotel. The name means ‘purity’ in Arabic, and head chef Ara Sayegh aims to deliver on that promise through authentic and traditional dishes, some from his family’s recipes.

For mezze, order warak enab (rice and vegetables wrapped in a grape leaf) and kibbe krass, a type of bulgur wheat croquette stuffed with lamb and pine nuts. The lamb kebabs main is a winner: smoky, spicy, and deeply complex. Finish your meal off with meghli, a smooth Lebanese rice pudding crowned with grated coconut and mixed nuts.

Safiya is available from 12pm to 2.30pm and 6pm to 9pm from Wednesdays to Sundays. 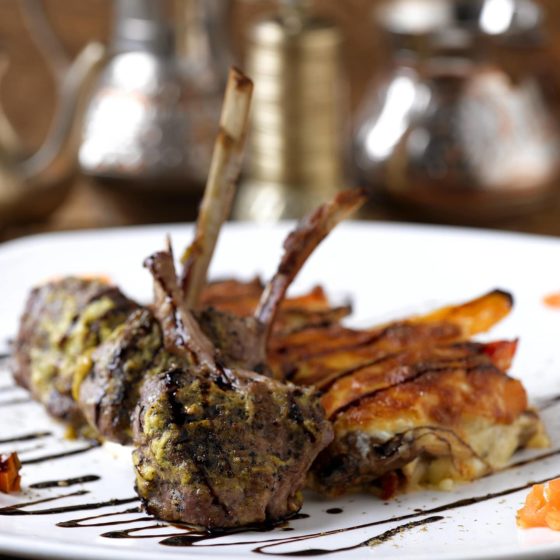 Pistachio’s chef Khaled Elelimi takes an Ayurvedic approach to Middle Eastern and Mediterranean cuisine. The basmati rice, for instance, is cooked with sunflower oil instead of ghee, and all food is served fresh without artificial and processed ingredients.

Opt for the Sultan’s Delight, which involves achingly tender lamb in a rich stew and a side of smoky eggplant and cheese. The Egyptian fish singary, which denotes how the red snapper is prepared, is baked and topped with a heady mix of carrots, onions, and olive oil. For sweets, go for the feteer, an Egyptian layered pastry with mixed nuts, honey, and hot fresh milk. 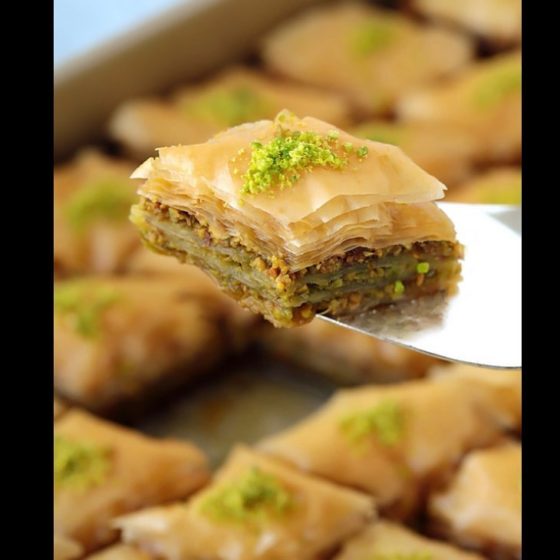 Dubai Shawarma is your go-to if you’re looking for inexpensive and authentic Middle Eastern fare. Shawarma is a speciality here, a wrap typically filled with marinated meat (lamb, chicken, or beef) and vegetables. Other highlights include their mezze platter of dolma (Turkish name for warak enab) and stuffed eggplant called makdous, a cheese dip called labne, and homemade baklava.

Dubai Shawarma is open from 11am to 8pm from Mondays to Fridays. Kazbar, which means fortress in Arabic, has been a bastion for Middle Eastern cooking in the Central Business District for more than 15 years. Many diners come for their juicy kofta kebabs, which Kazbar pair with potent saffron rice.

The mezze are popular too, including moutabel (smoked eggplant with pomegranate), roasted cashew and harissa dip called mohammarah, and spinach borek – a pastry filled with spinach with pine nuts and sumac. Don’t miss their selection of wines from Lebanon, Morocco, and Syria too. Artichoke is a Middle Eastern inspired eatery helmed by celebrity chef Bjorn Shen. They proudly declare themselves as “the least authentic Middle-Eastern restaurant around,” and has a menu to back it up. The food changes regularly, and they currently serve hummus studded with miso, falafel salad with avocado and pickled mangoes called amba, and baklava donuts. For a taste of their approach, opt for the chef’s tasting menu (S$68+ per person). Shabestan’s focus is serving cuisine from Persia – modern day Iran – which they have been doing in Singapore since 2013. Popular dishes include lamb kubideh, a kebab flecked with onions and pepper, lamb Shandiz (also the name of an Iranian city), saffron and herb marinated Shah Pasand chicken, and a herbaceous stew called ghormeh sabzi.

Contrary to the belief that Middle Eastern food is meat-heavy, Shabestan has an extensive vegetarian, vegan, and gluten free menu that’s just as impressive.

Shabestan is open from 12pm to 10pm daily. From Iranian dishes to Turkish food, which is represented by Alaturka. The restaurant have been serving food from the transcontinental country since 2005 and received a Michelin Bib Gourmand recommendation in 2016.

Start your meal off with lava bread, a balloon of a dough that’s egg washed and sprinkled with sesame seeds. The cucumber, tomato, olive, and feta coban salata (shepard’s salad) refreshes before a rich beef ragout called hunkar begendi. Top the feast off with kunefe, a thin, shredded, buttered pastry baked in soft cheese, topped with sweet syrup, and served with cream. Marmaris is an affordable option for Middle Eastern fare in Little India. They have mezze like a falafel platter, hummus, and muthabal – similar to baba ganoush – as well as shawarma. Perhaps the most unique is the meat mandi dishes, the Middle Eastern version of cooking with a tandoor oven, and kabsa, which is similar to briyani. Tabbouleh’s menu looks to Lebanon for inspiration. There’s an array of salads – fattoush, falafel, beetroot, and the namesake tabbouleh – as well as cold and hot mezze like foul medamas: fava beans with cumin, soujok sausage, and a spinach pie called sambosak fatayer. Charcoal grilled meats from chicken to lamb make up the mains, and a walnut filled cookie called mammoul wraps up dessert.

Tabbouleh is open from 11am to 11pm daily. Call to book. Close to Tabbouleh is Ayasofya, which is taking a Turkish view of Middle Eastern food. The pide is excellent – flatbread stuffed with cheese and other ingredients like spinach or salami – as well as the mandi. For a show stopper, ask for the pottery kebab: lamb and vegetables baked in a claypot, set alight, and cracked open at your table.

Ayasofya is open from 11am to 11pm daily.