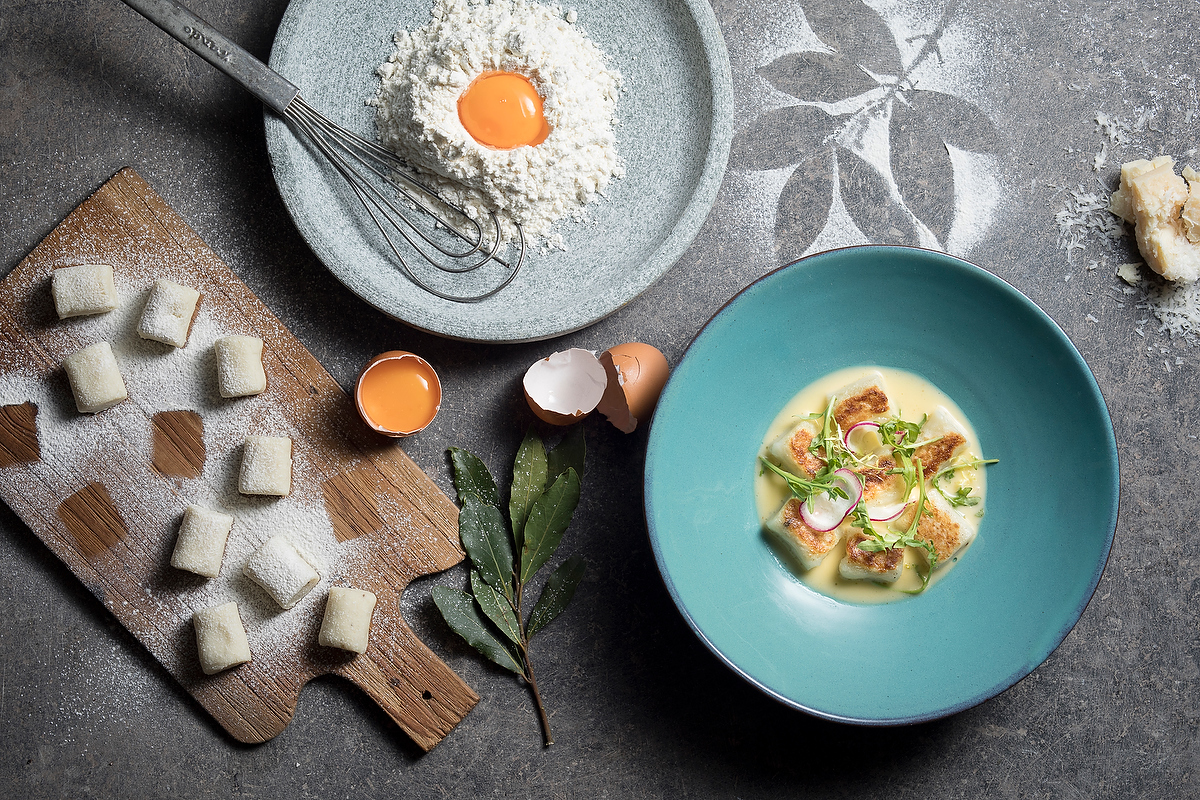 12 new restaurants in Singapore to check out in April 2018

The ever-evolving gastronomy scene in Singapore sees new restaurants springing up pretty much every other week. But one trend that has been particularly noticeable as of late is the the growing presence of Hong Kong-headquartered eateries here.

A key example is congee joint Mui Kee, which runs its flagship stall at Mong Kok and launched its maiden Singapore outpost in late March. Later this month, Peking duck restaurant Forbidden Duck and Qi — House of Sichuan, will open side-by-side inside Marina Bay Financial Centre. Another name to look forward to is Tsui Wah — a popular cafe chain with branches across Hong Kong, Macau and China — which will make its way to our shores later this year.

Apart from these Hong Kong establishments setting up shop here, April also sees a variety of new dining spots armed with diverse cuisines. One focuses on Mediterranean fare and seafood, while another is a Japanese eatery dedicated to different cuts of beef. And if you still can’t get enough of unagi, a new contender has sprouted up to join the likes of Man Man and Uya. Read on to find out more about these exciting new restaurants. 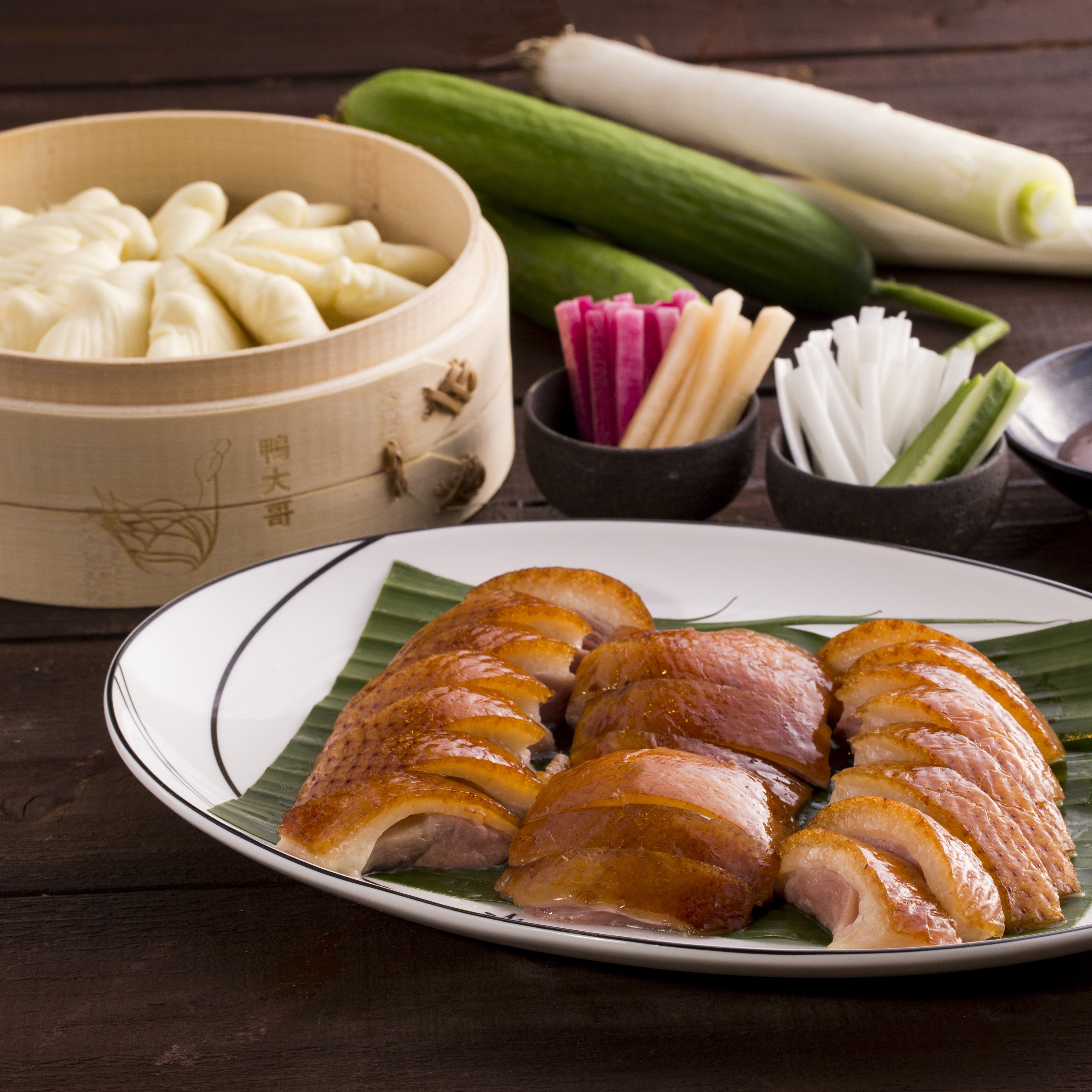 Famed Hong Kong chef Alvin Leung of three-Michelin-starred Bo Innovation has opened Forbidden Duck, his first Singapore restaurant. As its name suggests, the establishment specialises in Peking duck and slow-cooked roast duck. The latter is meticulously cooked to yield a tender, pink flesh, and is served with butterfly-shaped buns flavoured with citrus. Other menu highlights include sweet and sour pork with lychee and rose, crispy duck skin with smoked soft boiled duck eggs, and seafood rice soaked in duck broth. The restaurant is a branch of Forbidden Duck in Hong Kong, and is expected to open later this month. 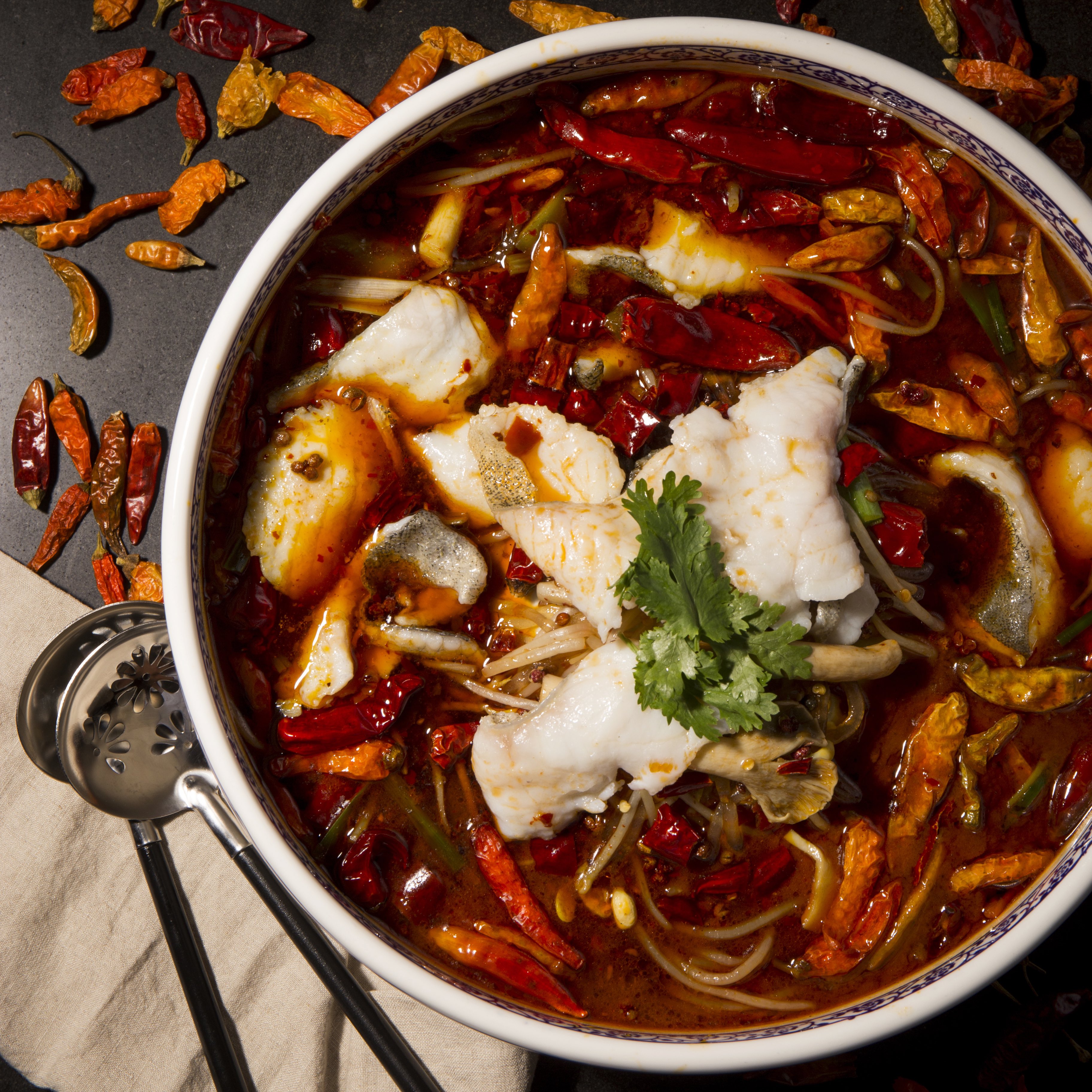 Also slated to launch later this month is Qi – House of Sichuan, which will be located right next to Forbidden Duck and is run by Liberty Group — a Hong Kong-based F&B company that also brought in the latter restaurant. Not much has been revealed about Qi, apart that it serves contemporary Sichuan cuisine. Expect to tuck into signature dishes such as Dungeness crab, chilli prawns, and a fiery chilli oil soup. Watch this space for updates. 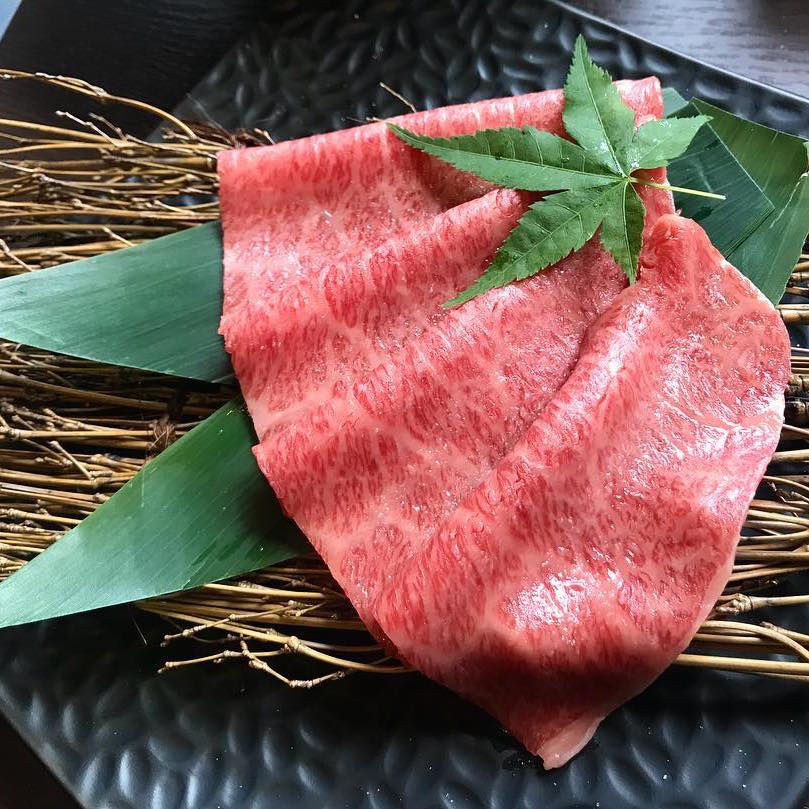 Carnivores will feel very much at home at this Japanese restaurant, which focuses on yakiniku, or grilled beef. It sources its well-marbled A4 wagyu from Kumamoto, and offers a variety of beef cuts such as tri tip (the meat that’s between the outer part of the cow’s leg and abdomen), top round (from the rear leg), and chuck roll (pictured) — which is between the ribcage and shoulder blade. For the full experience, go for the Gyu Bar Platter, which offers eight different cuts of beef. 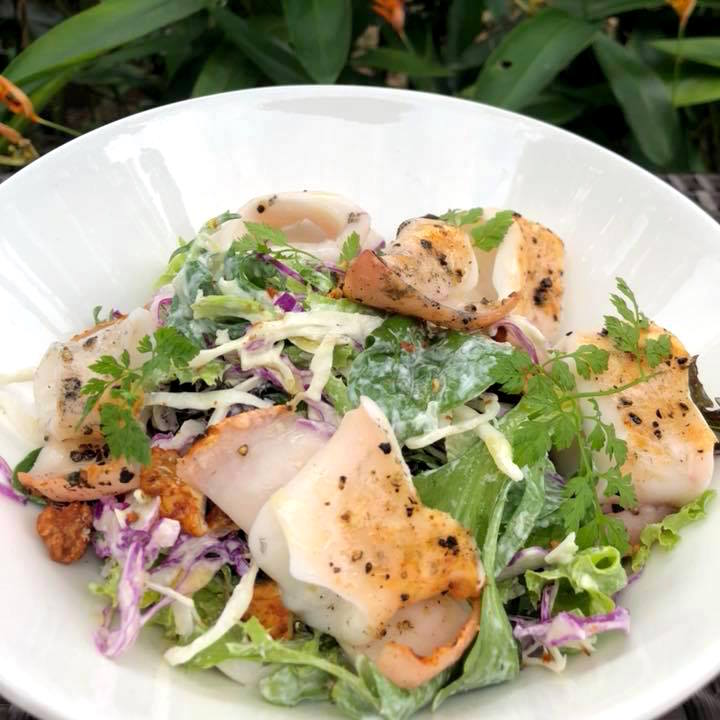 After two decades of operations, French restaurant Au Petit Salut has shut its doors for good. But it’s not the end just yet: In its place now stands Atout, a French establishment helmed by its owners in partnership with chef Patrick Heuberger (formerly of Huber’s Butchery). Atout’s extensive repertoire features a variety of cheeses, salads, meats, and charcuterie, with dishes like pig head terrine, pâté en croûte, Angus beef rib eye, and char-grilled foie gras. 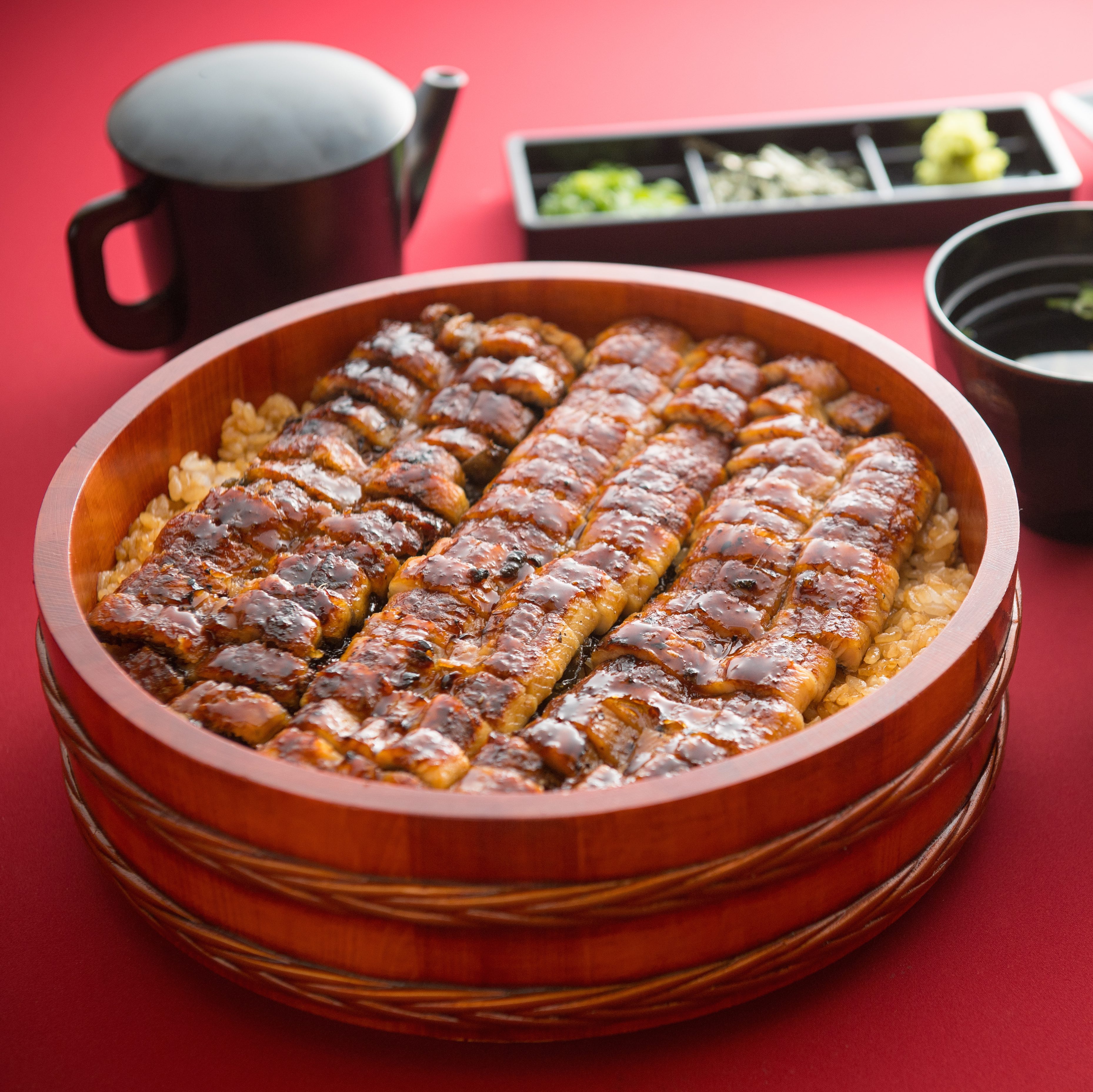 The unagi trend shows no signs of slowing down. Jumping on the bandwagon is Unagiya Ichinoji, the first Singapore outpost of Tokyo chain restaurant Miyagawa Honten. It showcases eel that’s marinated in sansho and kuro shichimi (seven black spices) imported from Kyoto, and basted in a secret sauce. Menu highlights include Hitsumabushi, where the unagi can be eaten in three different ways, and Seiro Mushi — eel that’s grilled before being steamed in a bamboo steamer together with kinshi egg (shredded egg) and Hokkaido rice with sweet sauce. 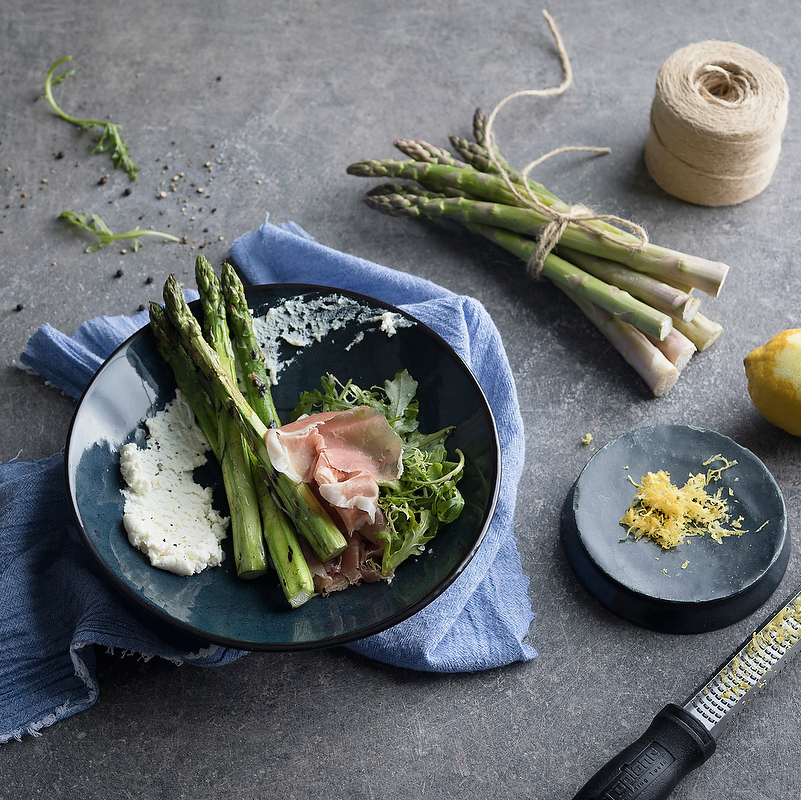 This new dining venue at Swissôtel the Stamford is a multi-concept space equipped with a casual bistro, beer bar and takeaway counter. The bistro offers mouthwatering dishes including mushroom ragout with sourdough bread, homemade gnocchi with cep butter sauce, and grilled asparagus. Over at the bar, visitors can look forward to some 22 craft beers imported from countries like Japan, Australia and Jamaica, as well as draught beers like Kirin. For those looking for a quick bite on-the-go, the takeaway section provides options such as shepherd’s lamb pie and salt-baked taproot salad. 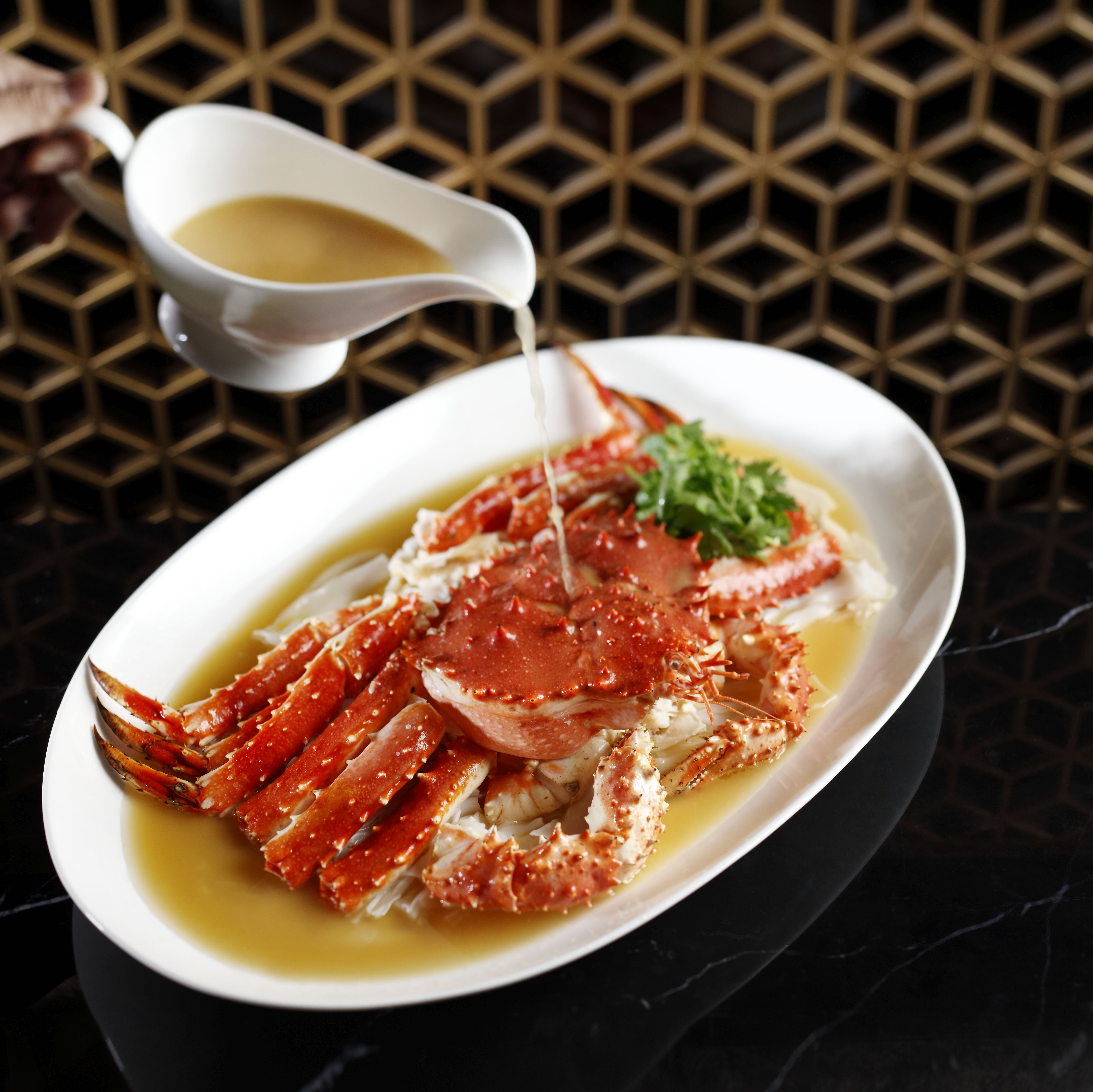 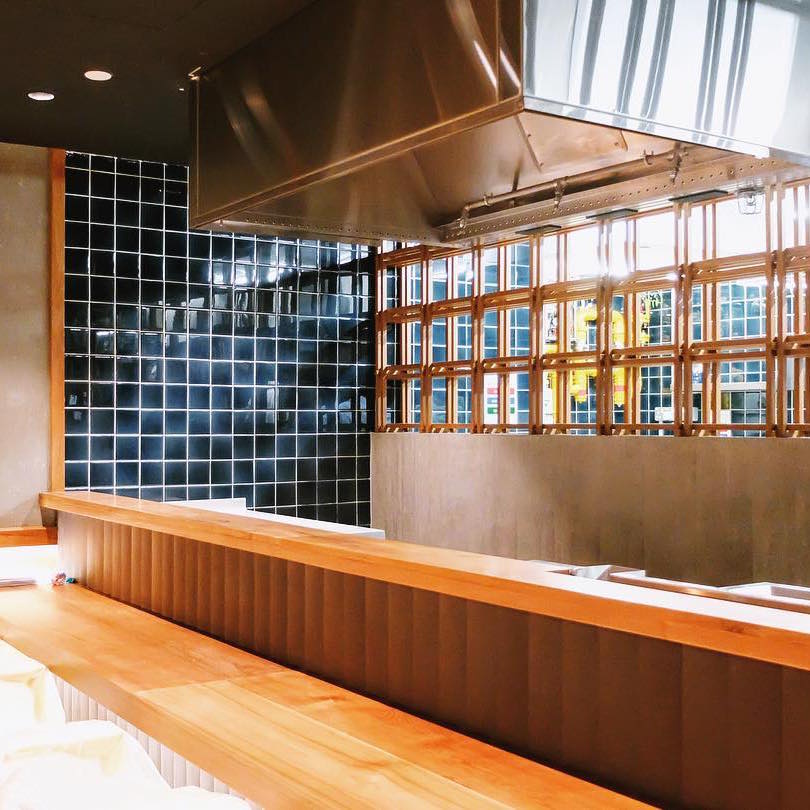 This year is certainly shaping up to be a busy one for the Les Amis Group. After launching the Singapore outpost of Hong Kong congee stall Mui Kee last month, it’s now gearing up for the opening of Jinjo, a new Japanese sumiyaki restaurant on its second floor. Details on its launch date and menu are still under wraps, but diners can expect to feast on a variety of charcoal-grilled meats and seafood. 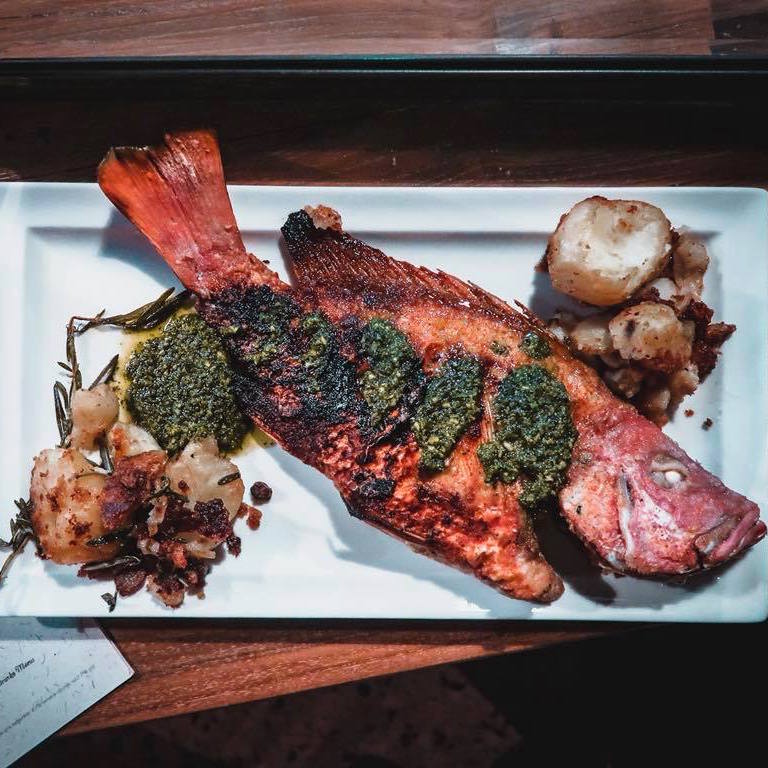 Its name may instantly conjure up images of Chinese-style claypot rice, but this restaurant actually specialises in Mediterranean cuisine and seafood, with creations such as octopus shashlik, garlic prawns, pan-seared snapper fillet with sautéed broccolini, and a range of meze (Middle Eastern-style appetisers). Claypots Full Circle is a Singapore outpost of Claypots in Australia, which runs outlets across Melbourne. 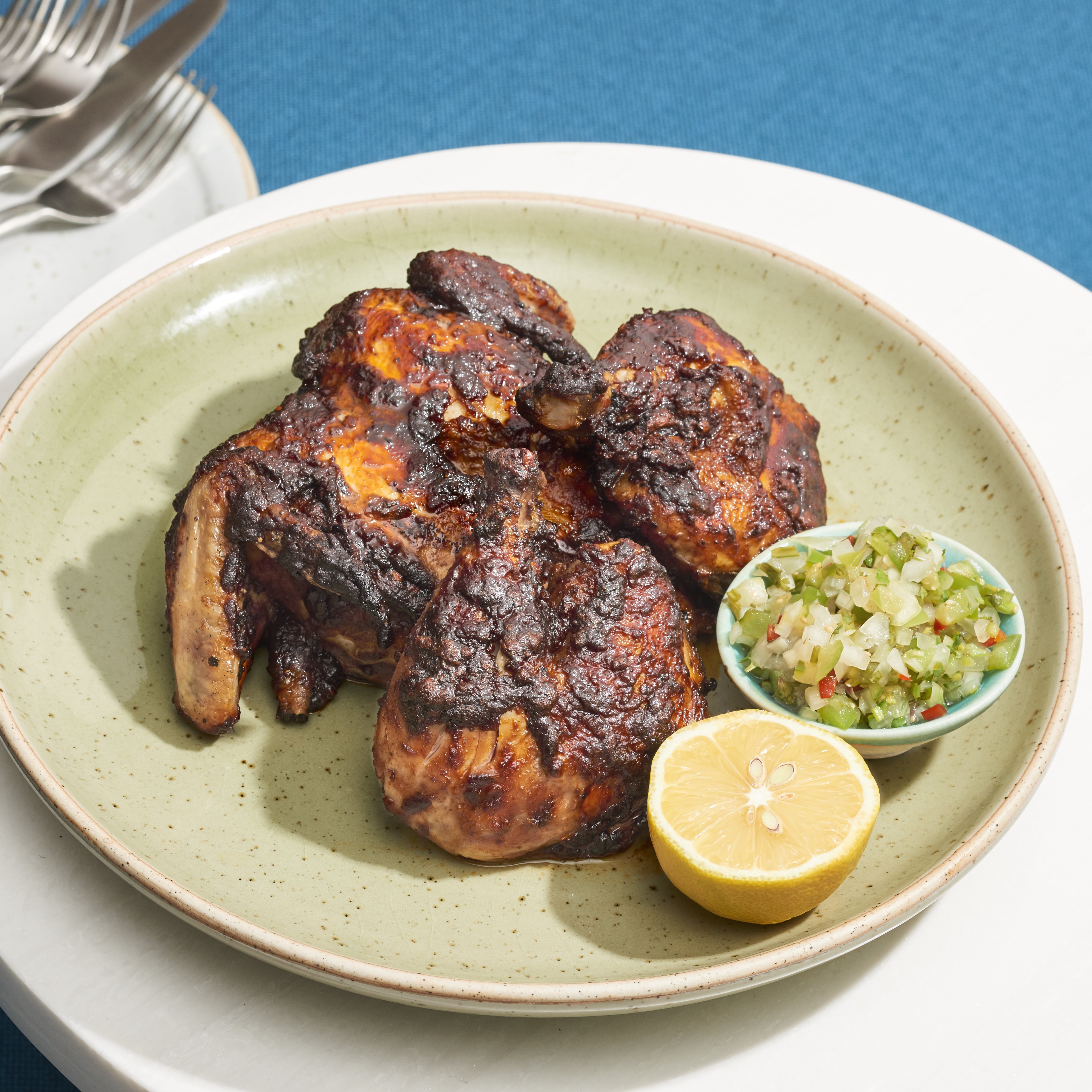 Panamericana is a bar and grill dishing up cuisines from North, Central and South America. The establishment is situated at Sentosa Golf Club, and is equipped with a brick-encased asador, a pit where meats are seared in full view of diners. Its food is presented on small and big sharing plates, with examples such as Colombian-style chicken in chilli glaze, ceviche, beetroot-cured kingfish, and lamb marinated in rosemary and thyme. Also available are bar bites and cocktails. 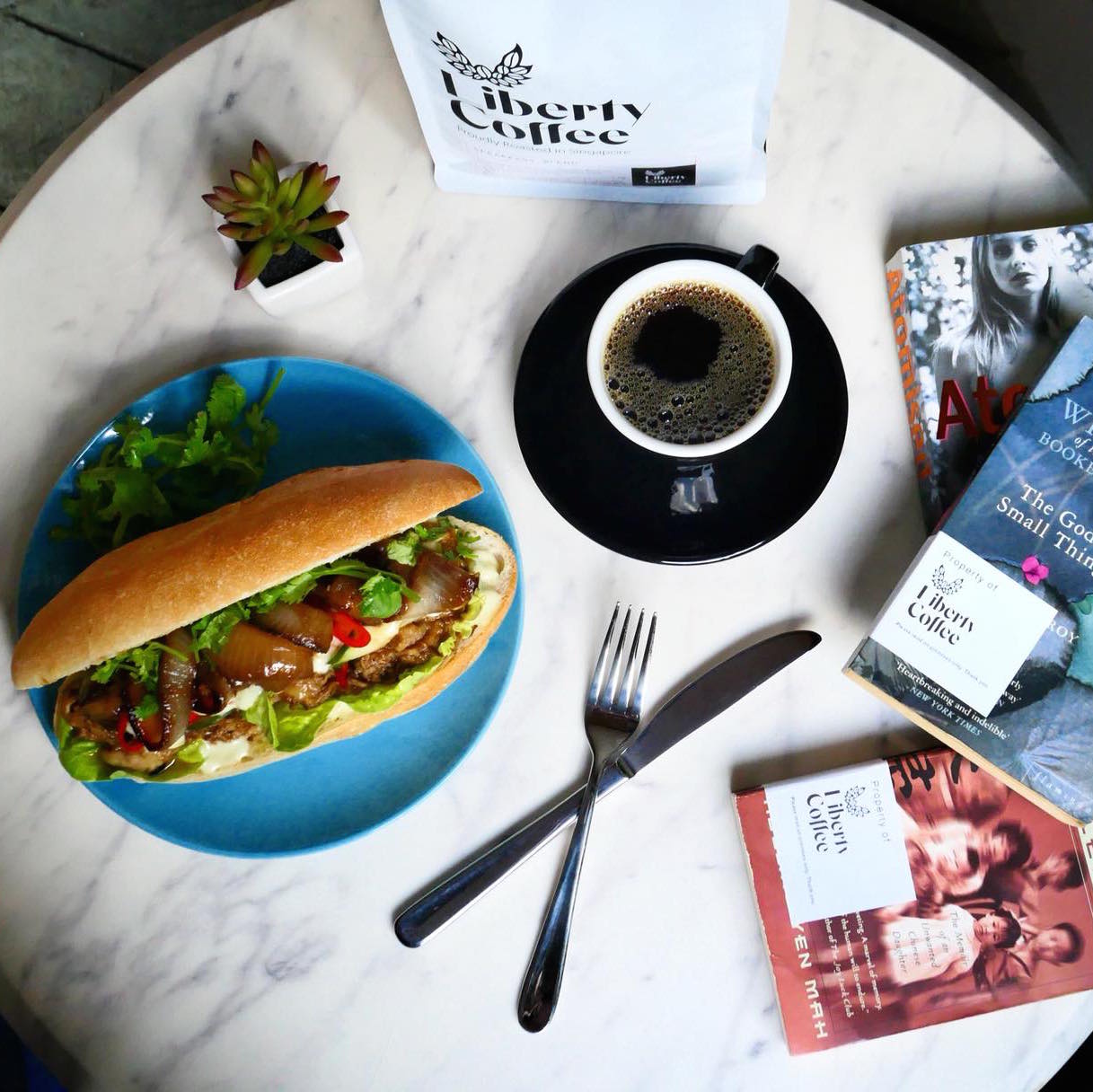 After closing its cafe at Rangoon Road a few years ago, Liberty Coffee Bar has now made a comeback with a new venue in Jalan Besar. It’s known for its house-roasted beans, which it supplies to select eateries in Singapore. At its new cafe, patrons can enjoy a variety of single origin coffees, espresso blends and savoury fare such as pasta, sandwiches and wraps like the Chickichanga — which is filled with spiced chicken and onions, and coated with melted cheddar. 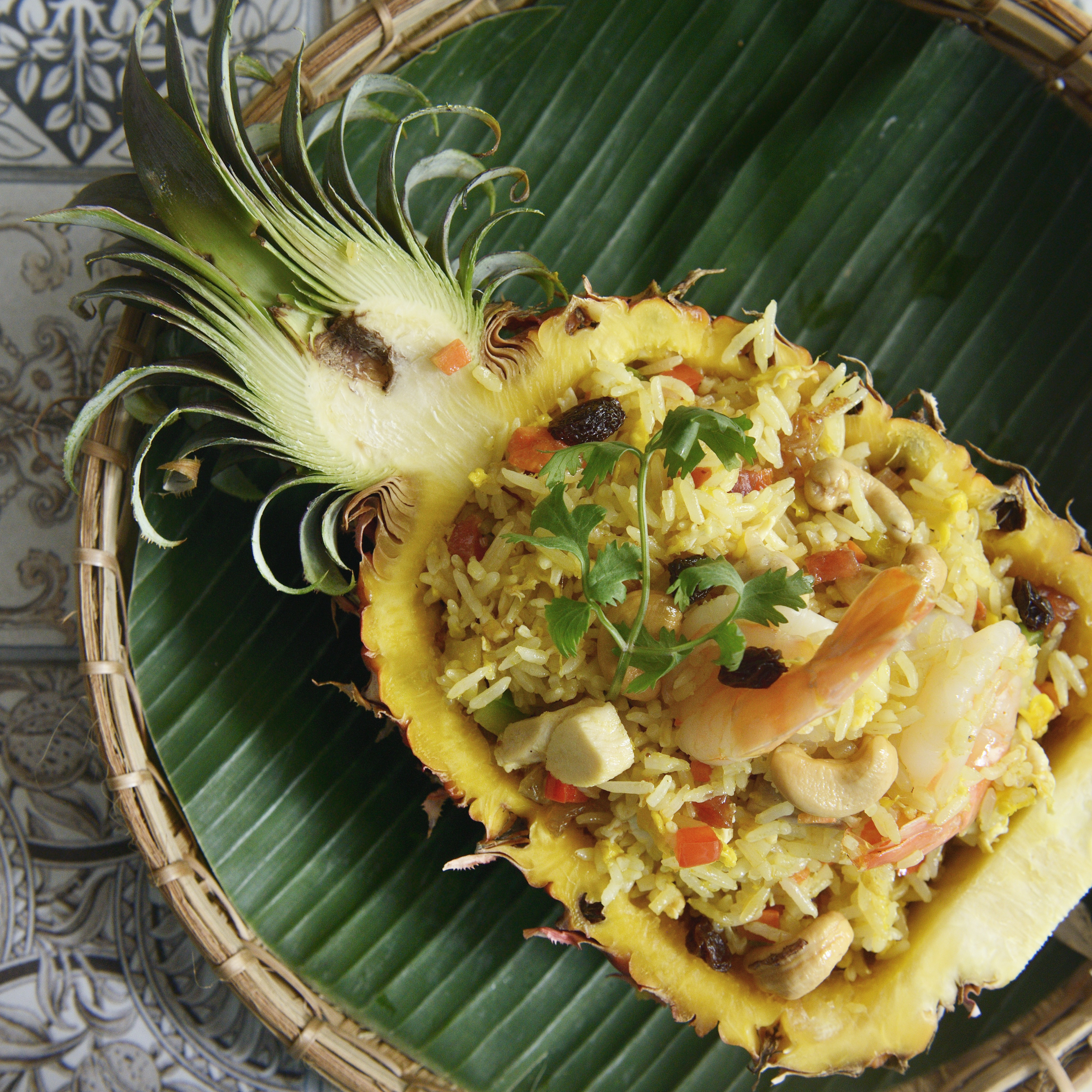