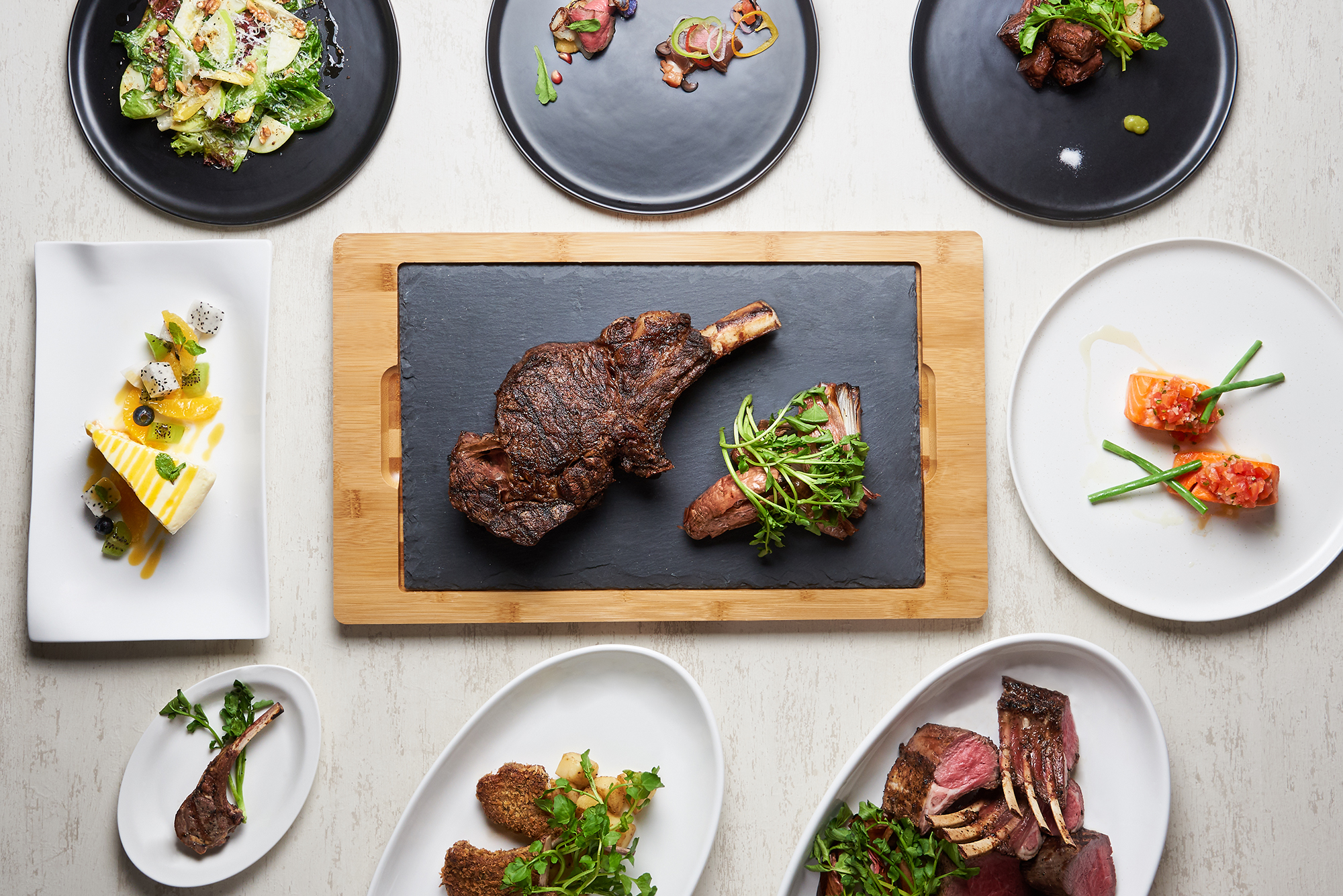 12 new restaurants in Singapore to check out in December 2017

December often means one thing in the world of food and drink: restaurants in Singapore are gearing up for the raucous end-of-year parties. It’s normally considered a slow month when it comes to new openings.

Yet, to cap off a year of surprises, there are more top tables to check out than in our usual monthly round up of new restaurants. There’s 12 this time round, and that already doesn’t include the likes of Kimme by chef Sun Kim from one-Michelin-starred Meta slated to have opened in November but is slightly delayed.

This month, there’s a strong showing of grilled meat specialists while the local preference for all things Japanese continues. There’s also a multi-concept French cafe, a casual restaurant which serves of Norwegian seafood while established names like PS. Cafe and Meatsmith now have new outlets.

As plentiful as new restaurants are this month, there’s still been a general slow down in terms of food festivals and chef collaborations. The only one on anyone’s radar that’s worth attending is by chef Andre Chiang of eponymous restaurant who’s hosting chef Piet Huysentruyt from one-Michelin-starred Likoké. This is Restaurant Andre’s last collaboration before the restaurant lowers its shutters for good next year.

But if Christmas to you means dining at home in cosy candlelit comfort with your loved ones, then be sure to check out our round up of delicious takeaways for that party. Otherwise, here are the 12 new restaurants in Singapore to check out this month. Resorts World Sentosa’s Curate restaurant has thus far been the stage for which visiting chefs of Michelin-starred restaurants drop in and cook up a storm. Little did we know that it could ink the possibility of one of its visiting chefs to open a restaurant here. Japanese chef Masayasu Yonemura is one such having just opened Teppan by Chef Yonemura. The establishment specialises in hotplate grilling so expect plenty of showmanship in the form of flambes and cocktail mixology. 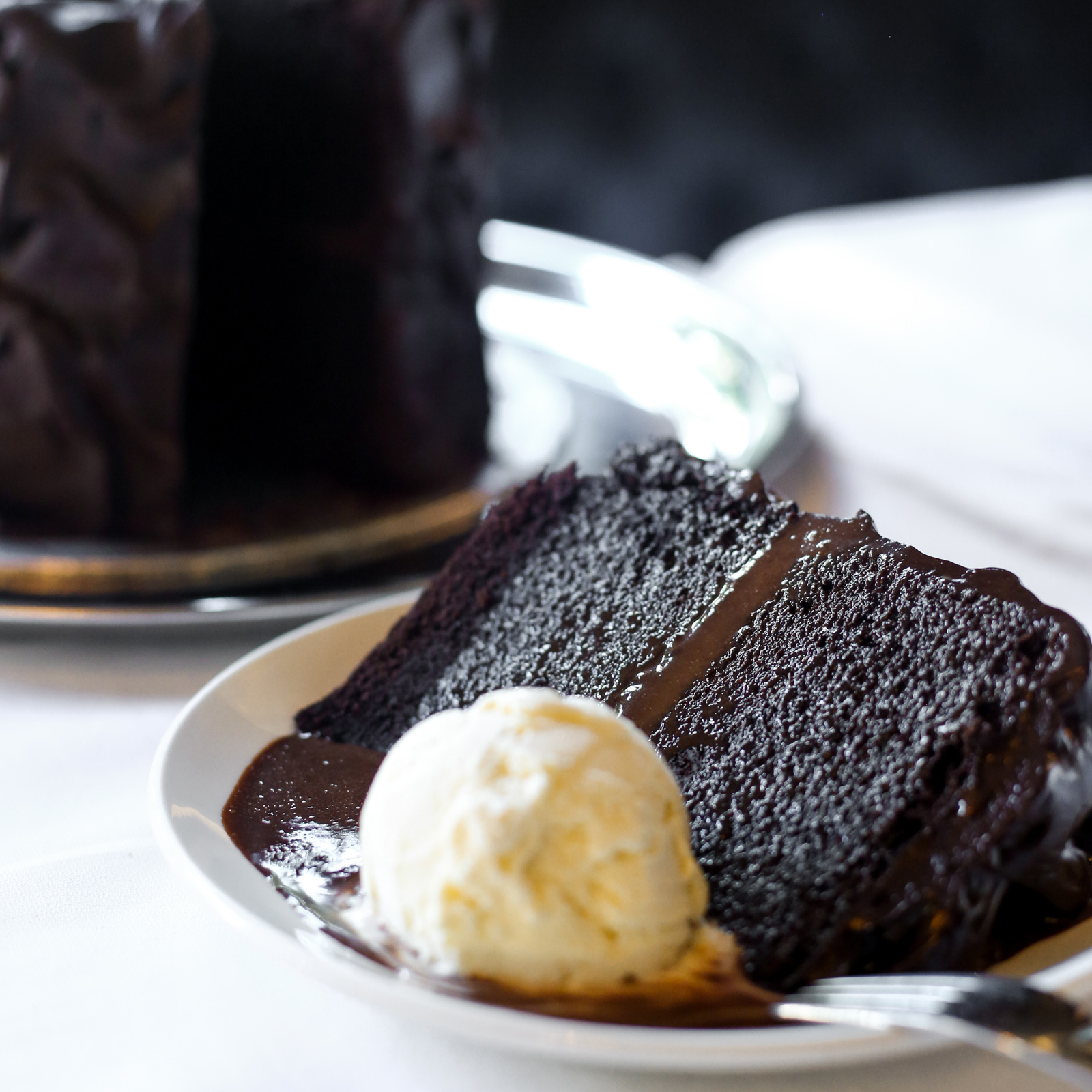 PS. Café is on a roll lately, having opened at One Fullerton several months back. It’s now opened yet another outlet at Raffles City – its second in a shopping mall. The brand has always been known for its lush interiors and its latest outlet does not disappoint. A high ceiling covered in greenery now serves almost as a canopy as you tuck into well loved favourites like the decadent double chocolate blackout cake. For something a little more Asian, go for the szechuan chilli pepper chicken fried rice which is surprisingly mild for its spicy sounding name. 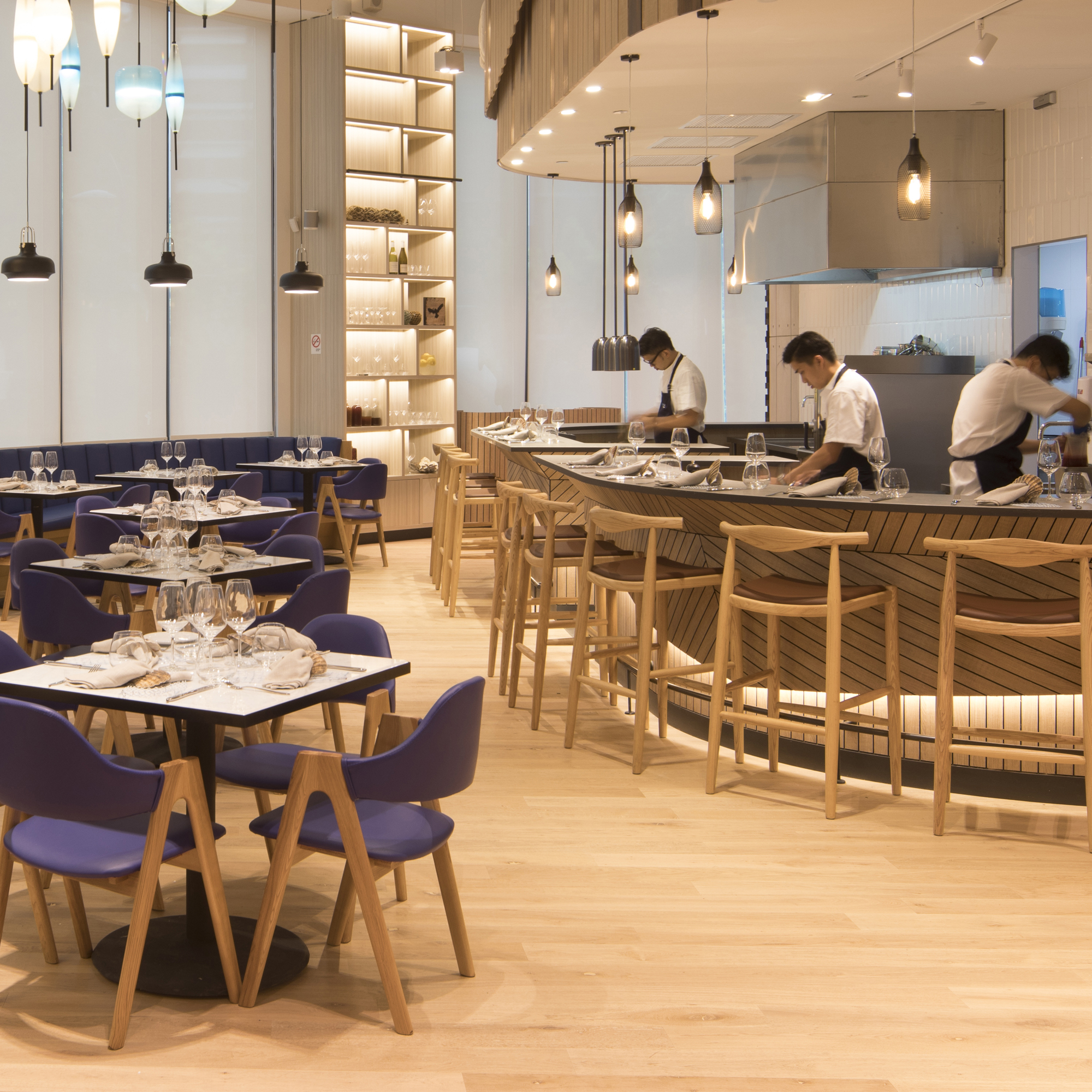 Norway is at the other end of the world for us here in Singapore but Fisk Seafoodbar & Market takes us that much nearer by offering up the marine produce of the Nordic waters. The space is opened by Snorre Food, the importers of Norwegian seafood that’s been operating for close to 30 years supplying to hotels and restaurants. It has a decent menu which includes the likes of seared langoustine with smoked bone marrow and trout tataki with celeriac reduction. Don’t miss the uni ice cream served in a single bowl that balances between sweet and savoury guaranteed to get your table talking. 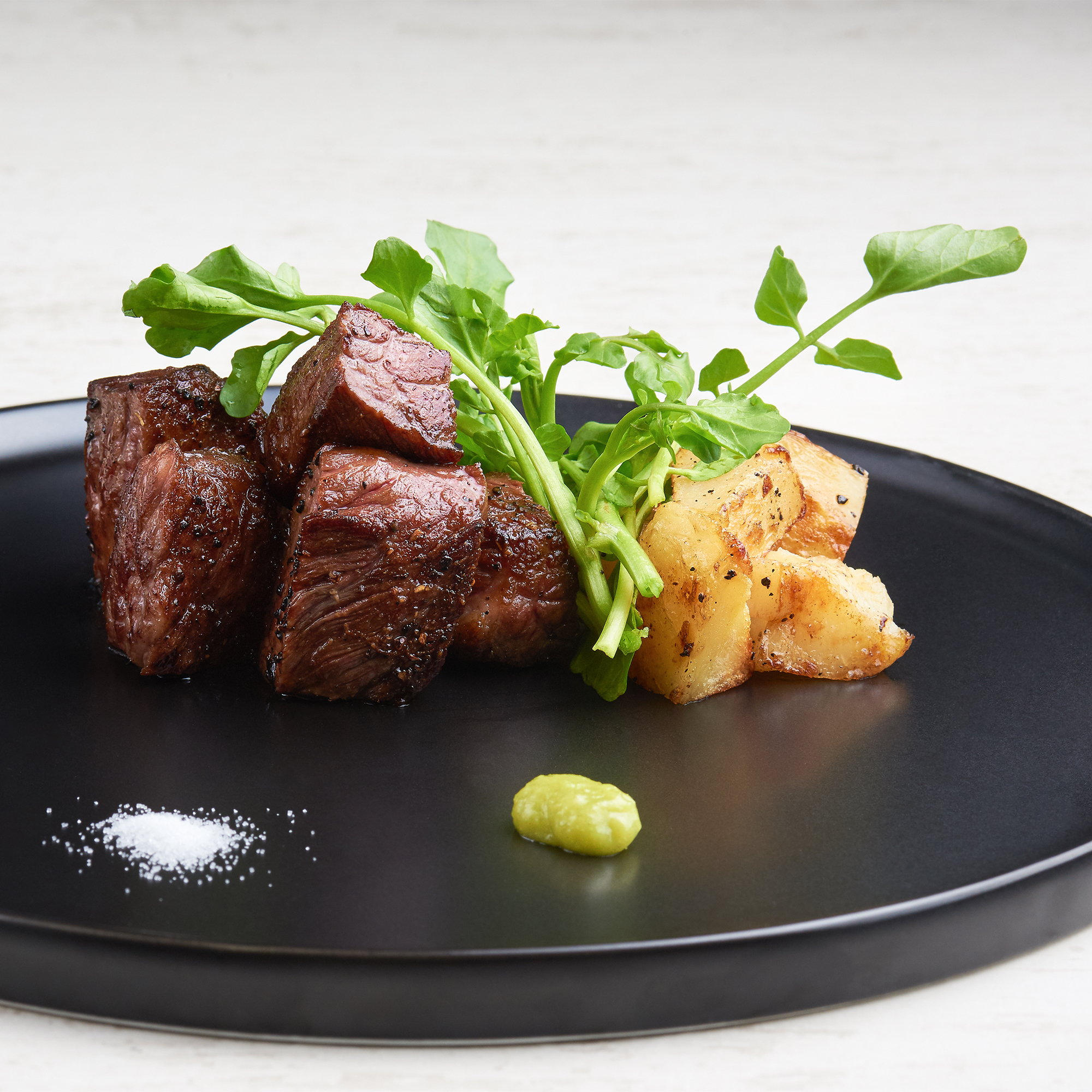 Wakanui Grill Dining is a steak and lamb specialist restaurant with a difference: it serves meats from New Zealand in Japanese flavours. These are grilled over bincho-tan charcoal which teases out the best flavours out of the meat thanks to the immense high heat. Don’t miss the rack of lamb which has been aged for four weeks. 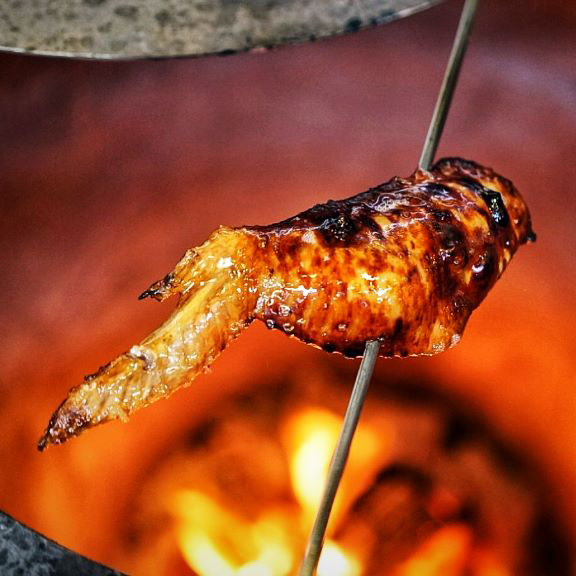 After teasing us with pop ups for a year (including one which featured Indian-inspired dishes), low and slow smokehouse Meatsmith has finally done it and opened an outlet in Little India. Expect this space to fully embrace the spice and techniques of Indian cooking as seen in in the chicken wings cooked in a tandoor oven as well as interesting combinations like bhaji onion rings and biryani stuffed suckling pig. 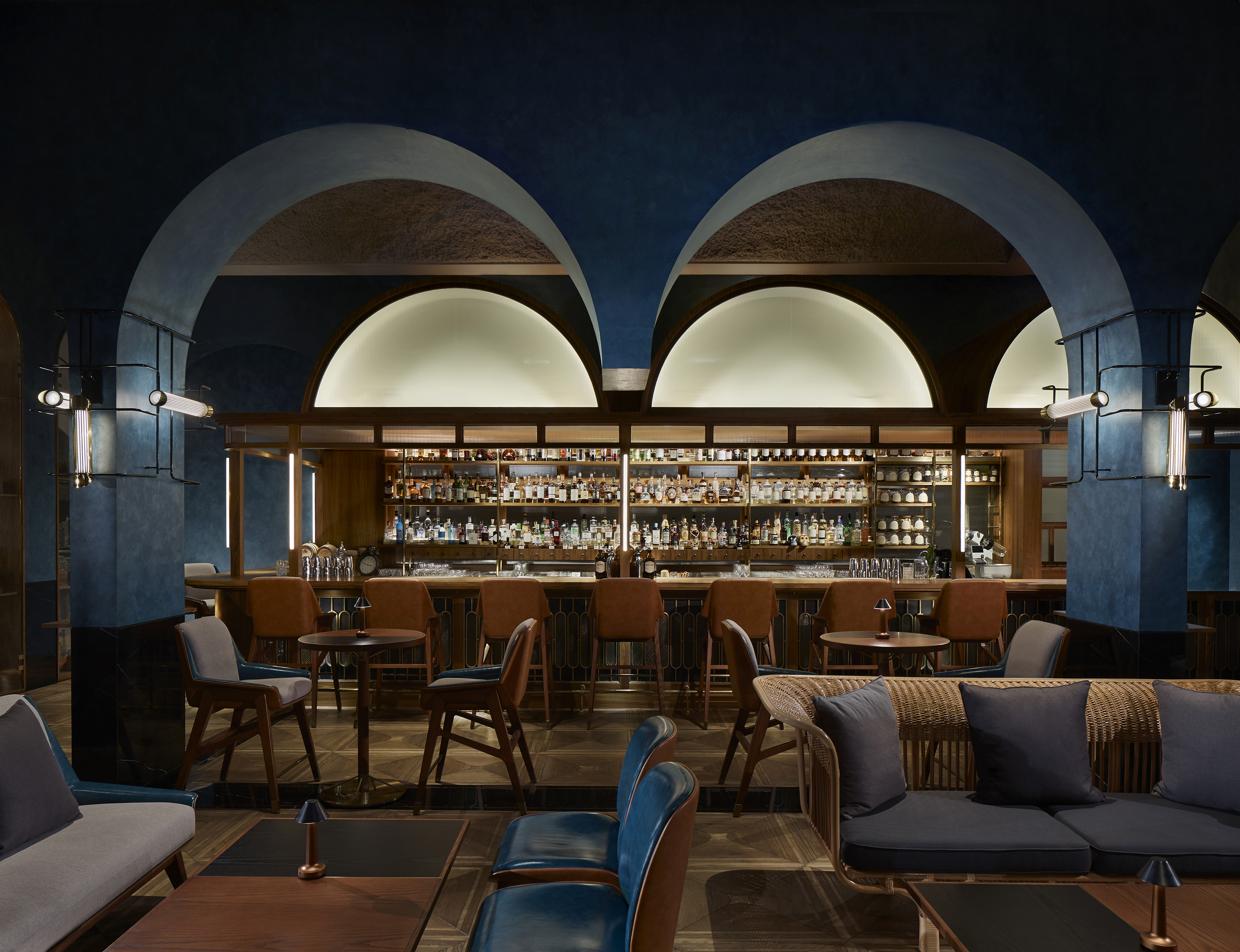 Shangri-La Hotel has been on the move lately, introducing a constant slew openings like Nami as well as fresh blood in chef Mok Kit Keung at Shang Palace. New this month is Origin Grill & Bar which showcases sustainable steaks and a list of curated cocktails. It has roped in Adam Bursik, formerly from The Library to helm the bar while food comes by way of Sydney-born Chef de Cuisine Heidi Flanagan. The establishment takes design inspiration from railway stations of yesteryear so expect curved archways and seats that resemble the set of Mad Men. 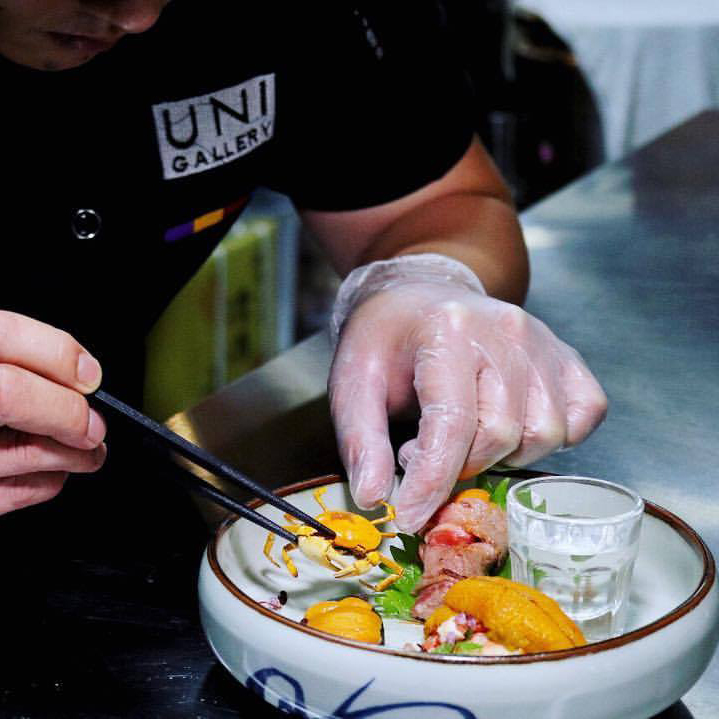 Take your love for all things related to uni and head to Uni Gallery, a 40-seater space opened by online grocer Oosterbay. The casual spot is an homage to the creamy, umami goodness of the sea urchin flown in from US, Japan and Canada. Expect dishes like the uni oyster shot where it’s placed on an oyster topped with salmon roe as well as the uni aglio olio. If you want to take your appreciation and understanding of the ingredient even further, go for the umami bomb where four types of sea urchin is served and paired with a shot of sake to wash it all down. 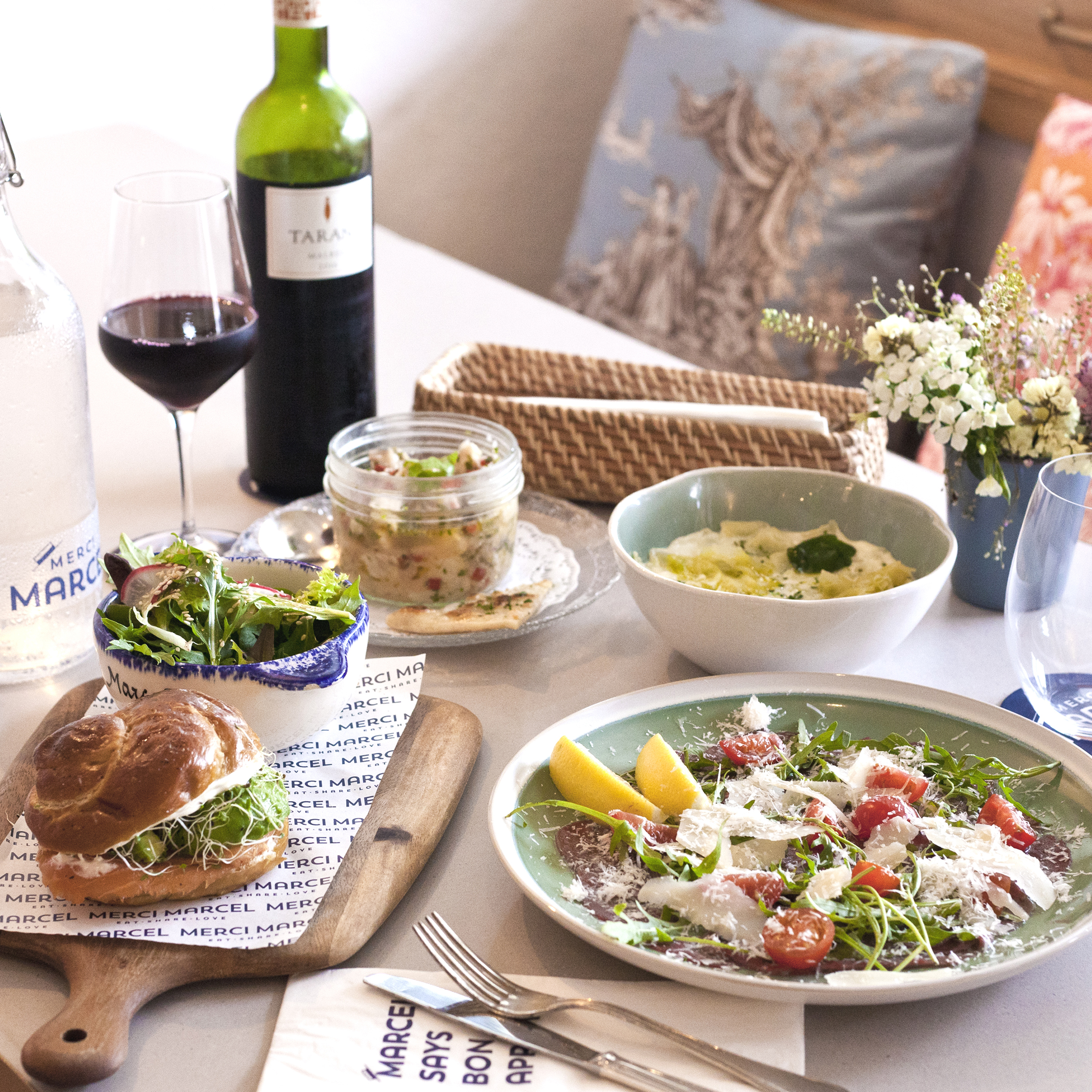 Multi-concept spaces seem to be all the range now, especially as Merci Marcel, a casual joint that combines good food and stiff drinks with a lifestyle products retail section. The interiors here are light and airy, combining the aesthetics of the  French Riviera with Balinese tropics. Expect a menu with a French slant that includes brunch favourites like scrambled eggs with truffles as well as duck rillettes with marinated pear and melted Camembert cheese. Grills are clearly all the rage this month as Nude Grill is the third such restaurant to have opened in recent weeks. The meats here are from Japan and New Zealand while vegetables hail from farms in Malaysia’s Cameron Highlands as well as  Chiang Mai in Thailand. Don’t leave without trying the A4 Kagoshima wagyu zabuton perked up with rojak flower jus, served with handmade kway chap. 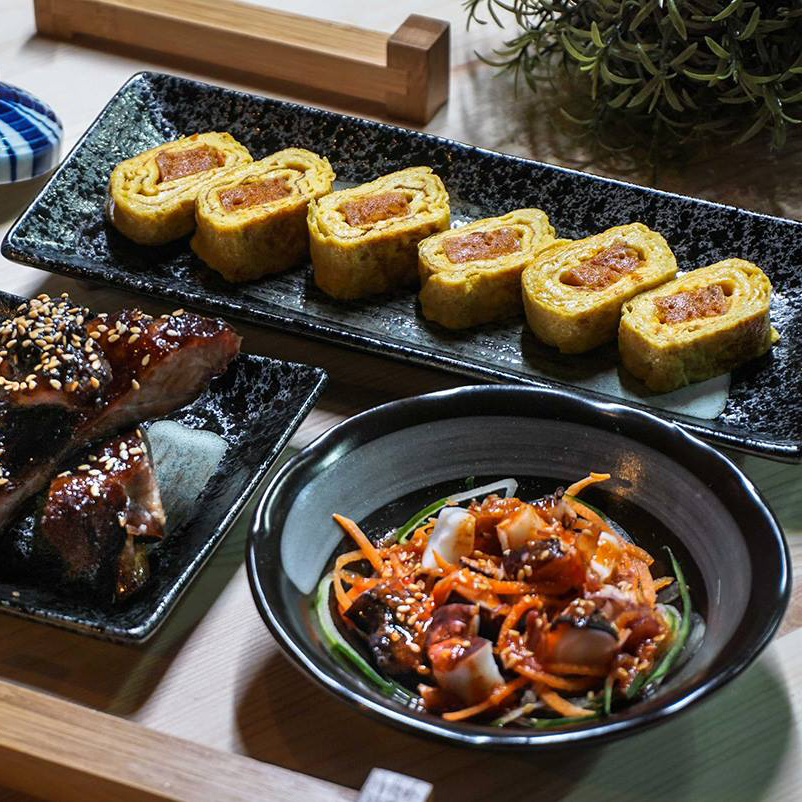 East Coast Road – a stretch that’s already home to mind-boggling number of casual eateries gets another feather on it’s cap. This time, it’s an izakaya that specialises in kushiyaki and a range of Singaporean-inspired Japanese dishes. Think along the lines of otah tamago where the Japanese-styled rolled egg is cooked with otah as well as the Four-Ton Chawanmushi made with four types of eggs: century egg, salted egg, quail egg and the usual chicken egg. 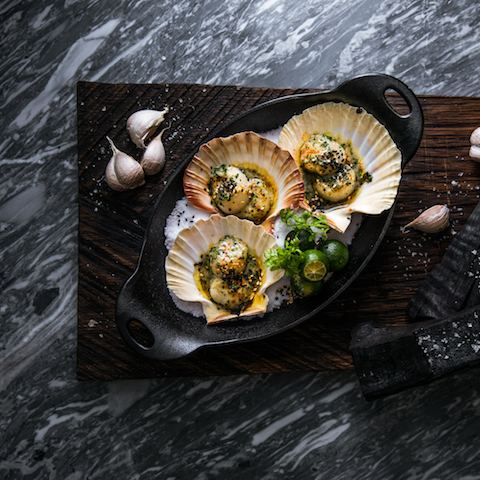 Newly opened luxury hotel Andaz Singapore has eschewed the common format of one large (and often lobby-level) restaurant to hold all the diners, and instead, created several concepts in cosy nooks for their guests to pick from. Choose between the likes of Icehaus for cold cuts and sustainable seafood, The Green Oven for hearty, family-style comfort fare as well as Smoke & Pepper for a Modern Asian dishes fired up over a charcoal grill. There’s nothing quite like retreating into an upscale sushi-ya where the enclosed space feels like time has stood still. This month, there’s one more to add to your list on top of the well-established ones like Hashida Sushi and the one-Michelin-starred Shinji by Kanesaka. Here, executive head chef Hideki Ii oversees the small 28-seater space with all the usual hits of your omakase-style dining, along with several kaiseki dishes like grilled meats and shabu shabu.