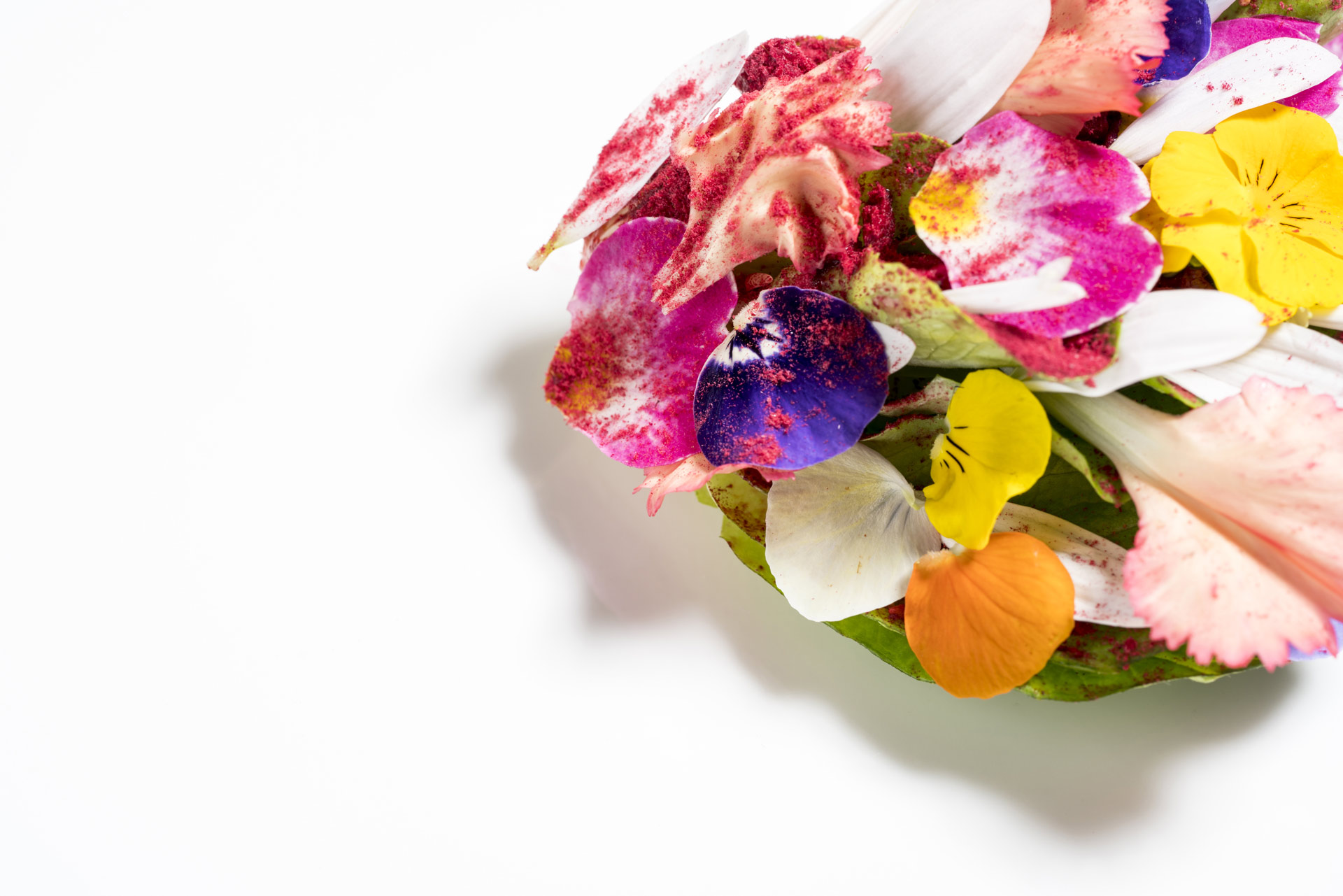 In a nondescript salmon pink building off Via Stella in Modena, three taxidermy stuffed pigeons sit in a restaurant, greeting diners as they pass through its doors. It’s an artwork by Maurizio Cattelan shown at the 1997 Venice Biennale and in its original installation, hundreds of birds are perched on pipes defecating on walls and the work of other artists.
At the restaurant, however, Italian chef-owner Massimo Bottura’s intention — at least according to Netflix series Chef’s Table — was to “deface the generation that came before him.”

This is Osteria Francescana, the temple of gastronomy and the playground of a culinary maverick who flips the bird at conservative critics and minces no words in proclaiming that Italian diners complain too much.

To dine at the restaurant was to taste Italian culinary history in the making — where a man provoked his early critics with avant-garde renditions of classic dishes. After all, in a country where food meant hearty comfort, his work featured drips, drops, textures and portions that would give any Italian nonna a heart attack — not because it was sinfully indulgent but because it resembled nothing of the original.
Think along the lines of lasagna that’s been deconstructed so that every bite yielded the same texture and concentration of flavour as the corner slice of each batch. There was the reinvention of the cheesecake, conceived because one of his chefs literally dropped the cheesecake and which later became the progenitor of many deconstructed desserts.

In the years since he opened in 1994, he has inched his way up every gastronomic guide on the planet. Today, the restaurant has three Michelin stars and named number one on the World’s 50 Best Restaurants of 2018 — the second time since 2016.

Lately, he’s been busy with Refettorio, his collective of soup kitchens that gives the poor and downtrodden a slice of dignity. He is also opening a restaurant in Dubai by end October this year. His publicity blitz of late has focused on caring for the less fortunate and building bridges in an age of Brexit and Trumpian politics. Now, he’s in Singapore at the invitation of American Express to mark the relaunch of their Platinum Card which rewards members with one-off experiences like dinners cooked by the world’s best-known chefs.

We cop a bit of his time right before the event and talked about the importance of catapulting the culinary past into the future, whether his dishes can still claim an Italian identity and why cooking good food in 2018 barely makes the new minimum.

You’ve pushed a lot of buttons with your dishes, how do you get inspired?
Creating new recipes is an intellectual act. It’s not like you chop, sautee and then serve. That’s not creativity. That’s everyday life. For me, I have my team and they think about different perspectives. Have you ever had a main dish as a dessert? Last night we were at a Chinese restaurant at The Four Seasons and instead of having dessert, we had Peking duck. There were all these sauces and we put things together in different proportions. It was the perfect finish.

That’s how we look at things from a different perspective. We weren’t thinking of Peking duck as a main course but as the real flavour on the table.

But how do you take such experiences and this analytical way of thinking into actual dishes?
I’ll give you an example. Two months ago we created a dish called ‘Wagyu, non wagyu’. It’s a pre-dessert. These days we find wagyu beef everywhere in the world. It’s so trendy, almost cliche. But when you travel to Japan, you understand that their perspective of wagyu is so different. The Japanese understand that you need to have an acidic sauce that melds with the fat, otherwise your palate will be overwhelmed.
So Jessica, my Canadian chef de partie, was going to Lyon for a special event. She had this idea of putting together fat and muscles in layers using the most humble cuts of pork: belly and heart. We recreated what she did, marinating the belly with maple syrup and the heart with salt and sugar. This was cooked sous vide, sliced thinly and arranged layer by layer; belly and heart, belly and heart. We compressed that in a vacuum pack and left it for two weeks in the fridge. It came out like marbled meat. It’s not wagyu, not even beef! It’s pork and not even the best part!The final consideration is this: Follow your palate. Don’t follow what everyone else is doing. If you have a palate that you develop during your whole life, follow it. That’s important.

When it comes to the future, and bearing in mind the dishes that Osteria Francescana conceives, what makes a dish Italian? Is ‘Wagyu, non wagyu’ for instance even Italian anymore?
‘Wagyu, non wagyu’ is so Italian. The only element that isn’t Italian is maple syrup — we could replace that with saba sauce (a reduction of grape must and a main ingredient in the making of balsamic vinegar) but we’ve left that because Jessica who created it is Canadian, and we have to pay respect to the creator. Otherwise, the ingredients of belly, heart and onion are the essence of Emilia cuisine.
In fact, the essence of Italian cuisine is to create amazing food out of nothing. Take flour, yeast, water, mozzarella, tomato and you create pizza margherita. That is an example of the most successful food in the world. It’s so amazing yet so humble.

Yet you provoke Italian purists with your contemporary dishes.
We do contemporary things but stay respectful to the past. When I provoke with my dishes, I am not defeating my past. For example when I created ‘five different ages of Parmigiano Reggiano in five different textures’, I was just showing the world that we have one of the most amazing cheeses that we can get on earth. Cheese is miraculous. It’s 500 litres of raw milk compressed into a 40-kilo wheel. It’s aged for years and it becomes amazing. It’s not a provocation, it’s about paying respect.

When I put six tortellini in the middle of a gelatin broth, the Modenese were not complaining about the quality of it but about the amount. The point was to try one tortellino at a time and for the diner to understand how much respect I pay to the technique of preparation.

So really what was the turning point for you to do these contemporary dishes?
El bulli was a key moment, but not because of the techniques. Using maltodextrin and spherification and all that was never my thing. I didn’t like it. It’s more about the thinking behind the cuisine, that a simple sardine or a Parmigiano Reggiano crust can give a more emotional experience than farm-raised lobster or mediocre caviar.

When you say emotional what do you really mean?
Memories. Memories that remind you of your childhood. Once when I served my dish, ‘The potato that wants to be a truffle’ to a Polish family, the daughter started crying when she had it. She said: “This dish reminds me of my grandmother who just passed away.” Five years later, she came back to Osteria and reminded me of that moment and said that it’s something she could never forget. People do get emotional when they eat, especially when it’s nostalgic.

Have Italians come around to seeing you as a hero or are you still l’enfant terrible?
It has been seven years since I got all these awards and I paid my dues. These critics are harsh but there are some important ones that supported and understood what I was doing. Being supported by people that you respect is something that is very important. They convince you that you are on the right track. In the early days when paying the bills for the restaurant I thought to myself, “F*ck, this is not what I want to keep doing.” But if you have people who keep convincing you to keep trying and fighting, it makes the difference.

What to you is the future of Italian gastronomy?
I think we are on a good path. We’ve never had such a big number of great chefs of my generation and the generation after mine at 30 to 35 years old that are very, very good. In Italy right now, you can have a great experience from north to south. In the centre, at least 20 chefs are doing an amazing job. They’re very contemporary and a strong focus on locality but remain an open mind with techniques that have helped them to express themselves.

Food in 2018 has become an intellectual experience. Is that what it really takes to hit the top ranks of gastronomy? It’s no longer just about cooking.
When you have three Michelin stars, of course, it’s good food that matters. When you think about the best 50 restaurants, don’t you think they all have good food? Of course. It’s amazing food. But it’s not enough. Because you can have good food everywhere.

I had good food at Nouri and last night at the Chinese restaurant but it’s not enough. You need to really make a difference. You need to be a leader of something. I’ve always been obsessed about art being compressed into edible bites. My passion sits on centuries of history filtered through a contemporary mind. These narratives are what makes my creations icons of international cuisine.

Italian restaurants Chef Interview The World's 50 Best Restaurants Osteria Francescana Modena
Azimin Saini
Editor
Azimin Saini is the Editor of Lifestyle Asia and manages the team in Singapore. He has been told the sound of his backspace is like thunder through the clouds. On a regular day, he has enough caffeine in him to power a small car.
Restaurant Review Chef Interview Entrepreneurs