Throw a stone in any direction and you’re bound to hit a ramen shop. From Japan-headquartered eateries setting up outposts here, to homegrown chain restaurants creating their own renditions of the comforting noodle dish, the past few years have seen an influx of ramen shops sprouting up in the Singapore food scene.

Comprising springy noodles covered in a rich, umami-laden broth, each piping hot bowl often includes staple ingredients such as fatty roasted pork, bamboo shoots, spring onions, and a soft boiled egg with a runny orange centre. Tonkotsu, or Hakata-style pork bone broth, is the most common option here, as it’s favoured for its creamy consistency and addictive saltiness. But a number of Japanese restaurants also offer other soup bases such as shoyu (soy sauce) and miso — which features miso paste blended with a chicken, fish or pork bone stock. Some eateries have even put an unconventional spin on their ramen by incorporating premium ingredients like truffle, or preparing it as tsukemen — where the noodles are served dry and meant to be dipped in soup.

If you can’t decide where to go for your next ramen fix, or are simply overwhelmed by the myriad choices out there, we’ve put together a guide to 5 of the best ramen shops in Singapore. Read on for our recommendations. 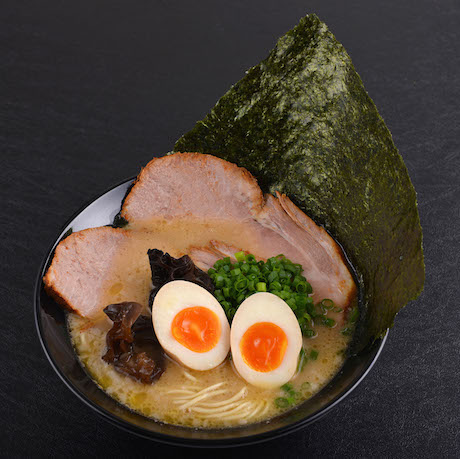 Located at Orchid Hotel and Paya Lebar Square, this restaurant uses a tonkotsu broth for its noodles. Our pick is its Orchid Hotel outlet, a cosy nook decorated with Japanese lanterns and posters — so you can fool yourself into thinking you’re dining in a hole-in-the-wall eatery in Tokyo.

Go for its signature tonkotsu ramen, which comprises noodles topped with silky, fatty slices of pork, black fungus and spring onions, and soaked in a milky, salty broth. You get to customise your noodle texture, amount of chicken oil in the broth, and taste of the soup. Spruce up your bowl with additional toppings such as seaweed and a soft boiled egg, and don’t forget to load up on the complimentary beansprouts and hard boiled eggs. Do note that the shop can feel a little cramped and warm when it gets crowded, so be prepared for a sweaty affair during peak hour. 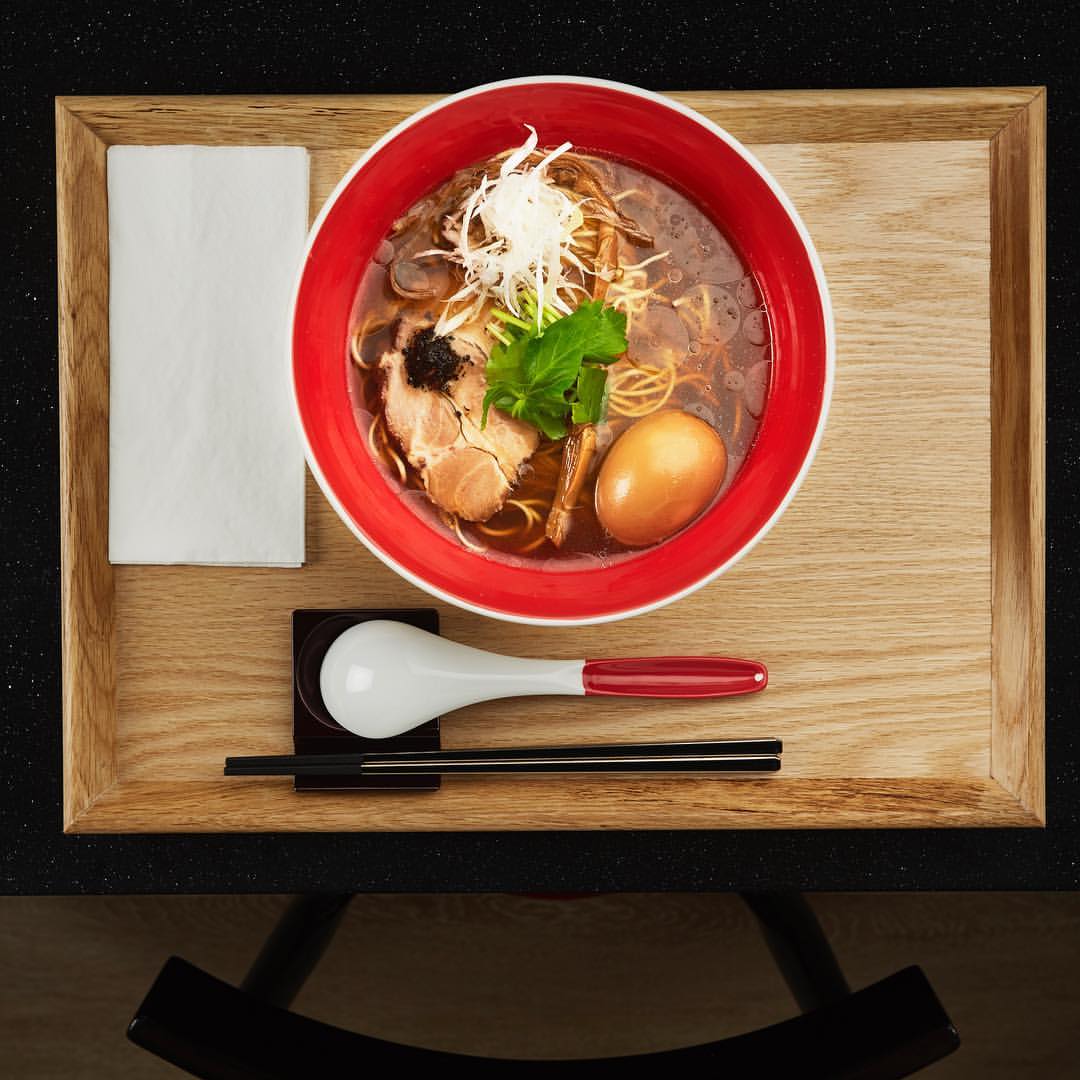 An outpost of the one-Michelin-starred Tsuta in Tokyo, this restaurant attracted snaking queues when it first opened last November. It’s known for its signature shoyu base, which is blended with truffle oil for an earthy kick. Expect a savoury, aromatic treat in the form of its shoyu soba, which comes with bamboo shoots, leek, a slice of roasted pork, and a dollop of black truffle soaked in truffle oil.

Another must-try is the shio soba, which has a chicken-seafood base imbued with Okinawa rock salt and contains green olives puréed in truffle oil. 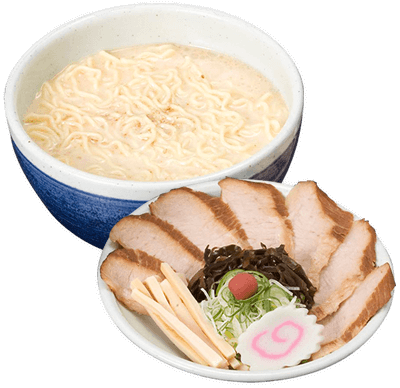 Operating multiple outlets across Japan, the US, Taiwan, the Philippines and Singapore, this Japanese chain restaurant is renowned for its white tonkotsu-based ramen. It serves its ramen in various different broth options such as shio, shoyu and miso. For those who prefer their ramen with a bit of heat, there’s also a spicy miso flavour infused with three types of chilli peppers. Standard toppings for its bowls include roasted pork slices and fresh bamboo shoots.

Our favourite is the Tokusen Toroniku ramen, which comprises springy noodles in your choice of broth, and paired with a generous portion of delightfully fatty and tender roasted pork cheek. 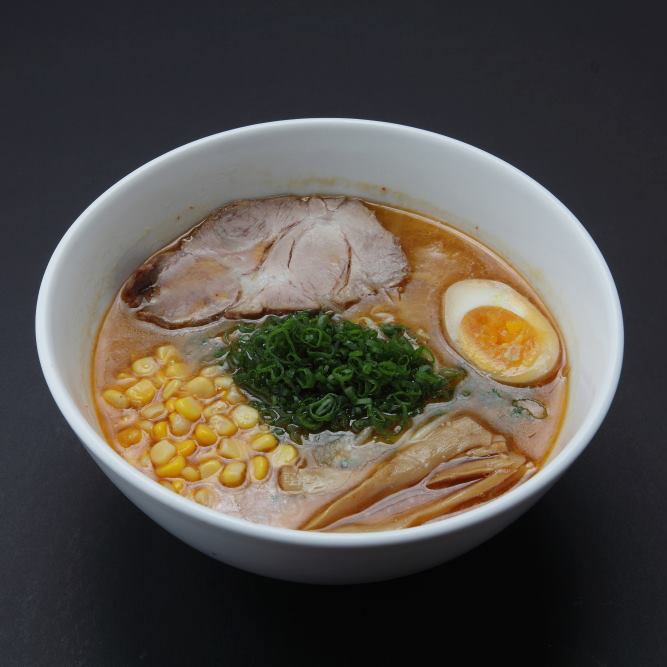 Tuck into Sapporo-style ramen at this joint at Millenia Walk. The usual suspects of roasted pork, bamboo shoots and a soft boiled egg are present in its bowls, but what sets Sapporo Ramen Miharu apart from its counterparts is its salty, miso-based soup that clings to every strand of its chewy, firm noodles. The noodles are topped with sweet corn, which tempers the overall saltiness.

If you’re seeking to try something different, the restaurant also offers a dry version of the ramen called tsukemen, where you dip your dry noodles into an accompanying bowl of soup infused with either miso, citrus soy sauce, or spicy chilli miso butter. 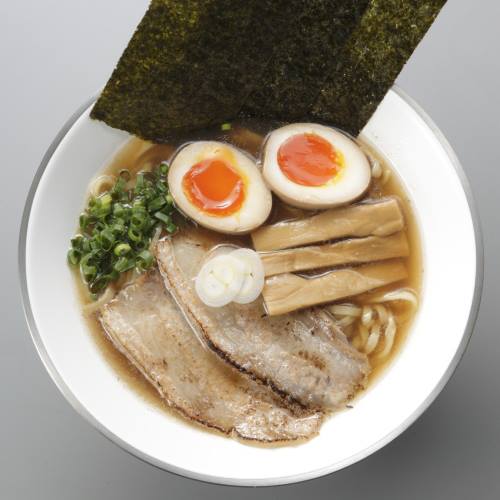 For shoyu-based ramen, head over to Sanpoutei, which serves its noodles in a clear soup produced by stewing a combination of chicken, pork bones, two types of dried sardine, and vegetables for six hours. The result is a light but umami-packed broth that tastes divine with its thick, wavy noodles and melt-in-your-mouth, seared roasted pork slices.

For those who aren’t too keen on pork, the restaurant also offers a miso-chicken version in spicy and non-spicy options. It operates two outlets at Holland Village and Shaw House.